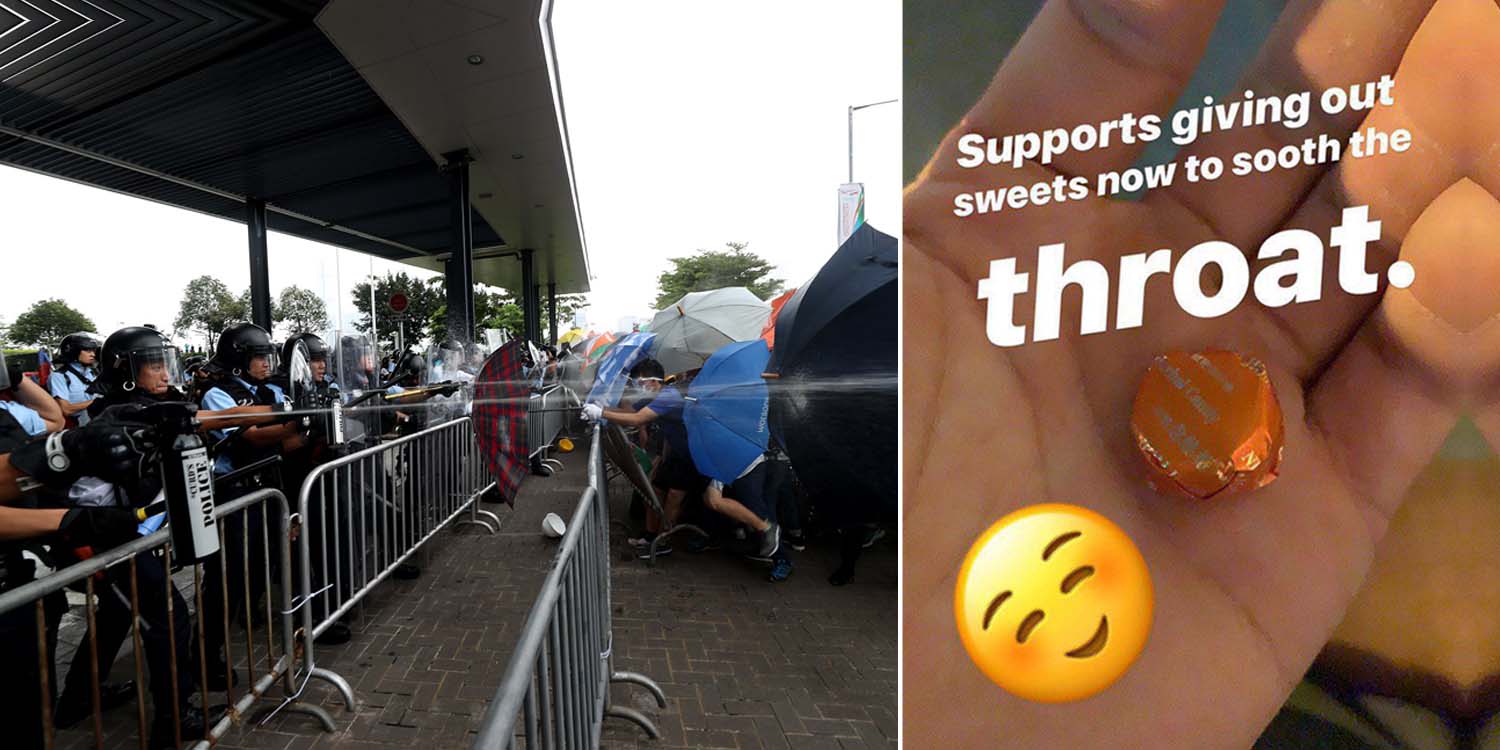 Violence is temporary, kindness is forever.

For days, central Hong Kong has been crippled by a colossal protest.

Since Sunday (9 Jun), tens of thousands of citizens took to the streets to protest against a controversial bill that would allow alleged criminals to be sent to China for trial.

You may recall seeing your Facebook timeline inundated by pictures depicting the massive crowd on Hong Kong streets. 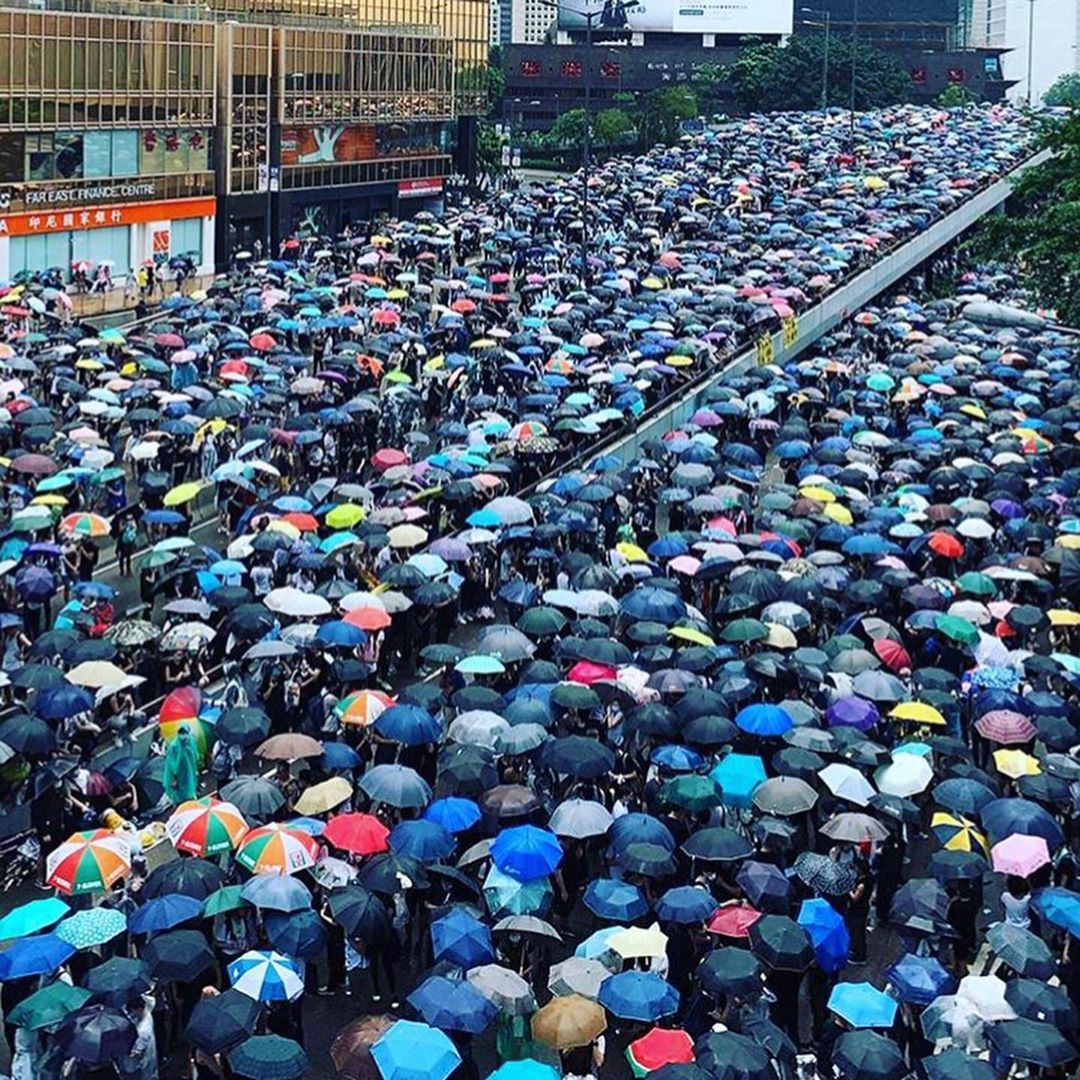 On Wednesday (12 Jun), media outlets reported that police fired tear gas, pepper spray, and rubber bullets at protesters — most of whom were young, college-aged citizens. 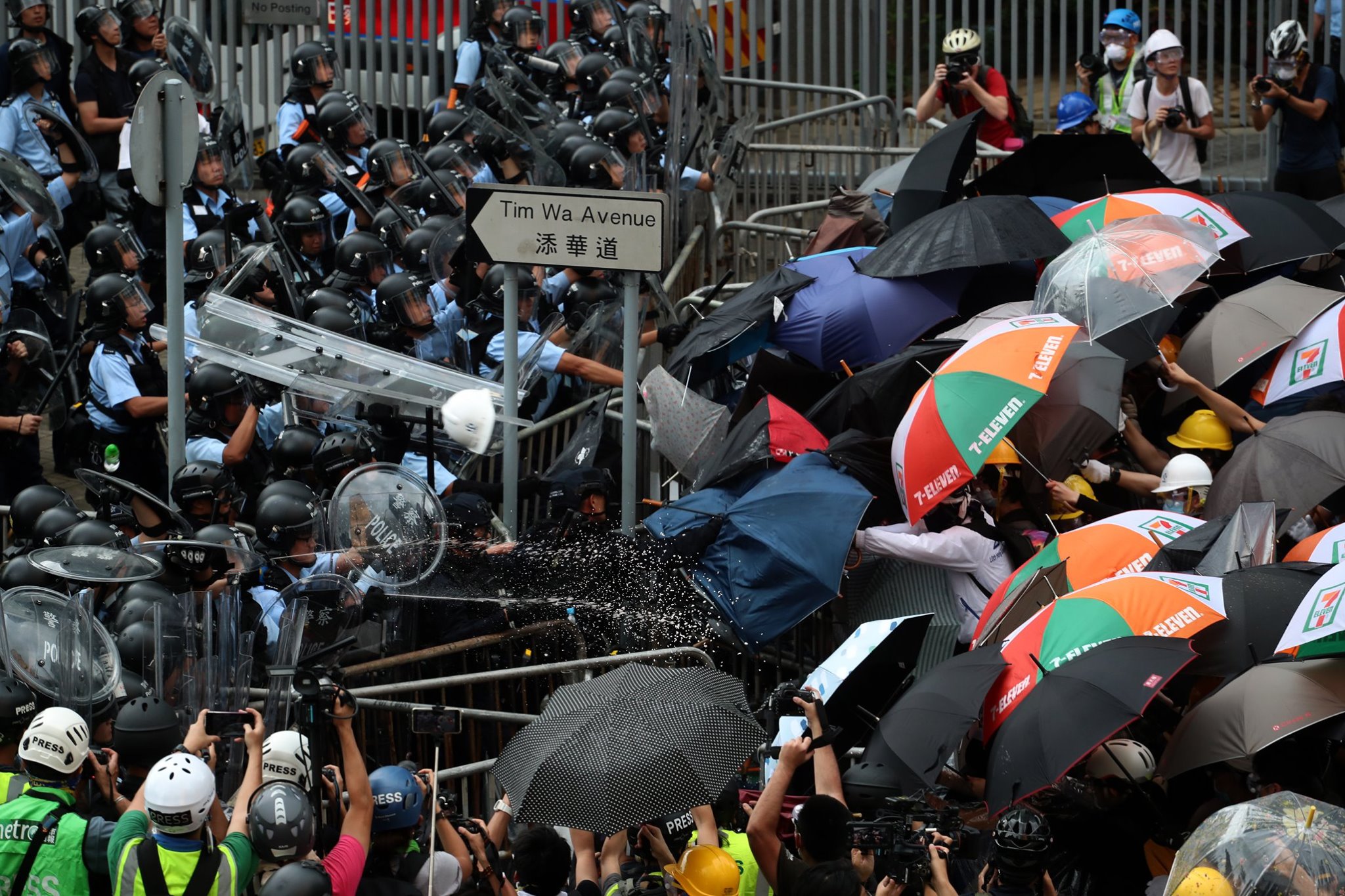 This apparently happened when protesters were trying to block lawmakers from participating in the second reading of the bill. 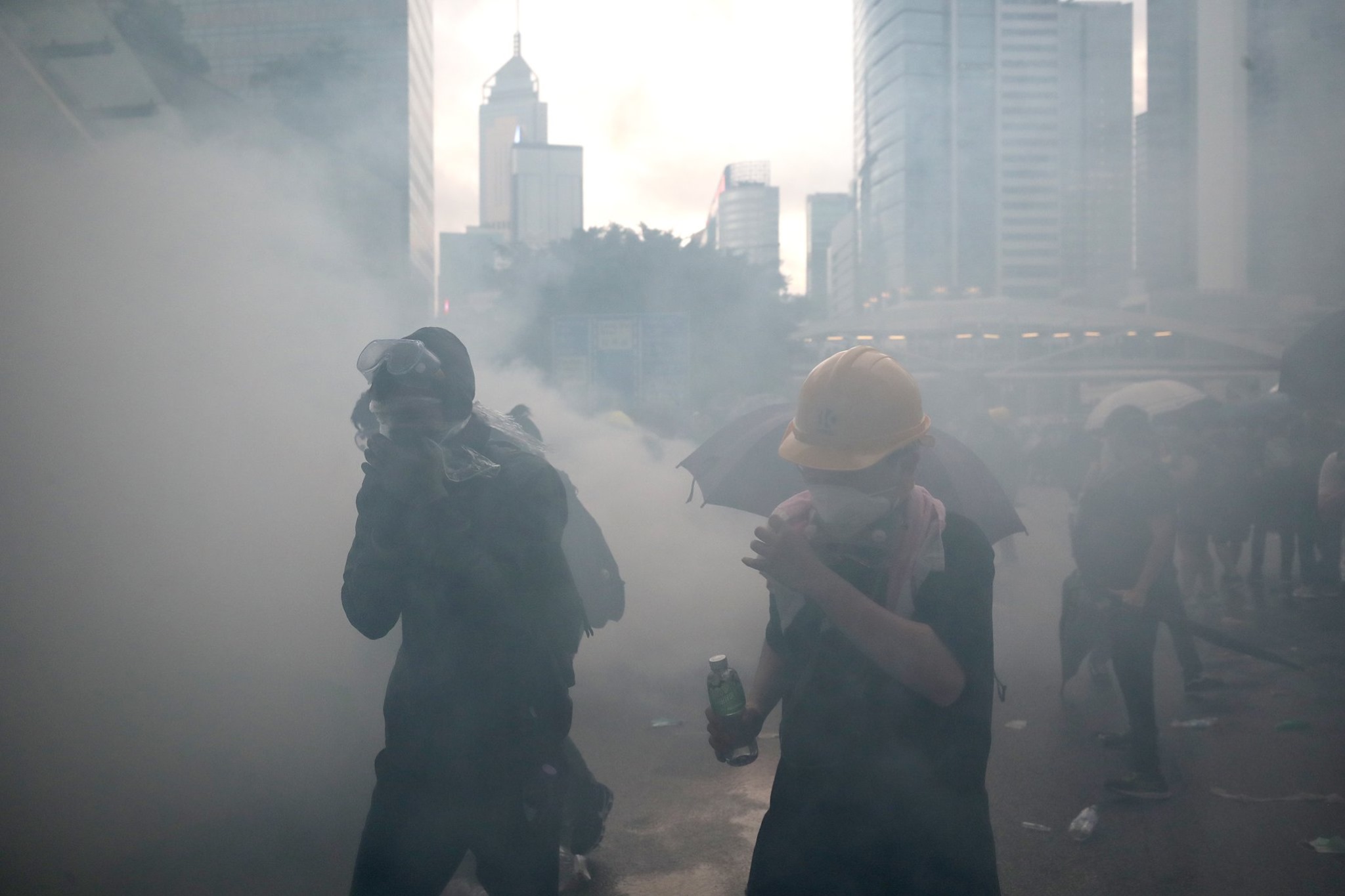 Protesters were said to have pushed against police lines to force them back, triggering some 5,000 police to take an offensive stance.

Despite the unfortunate violence that gripped Hong Kong’s largest outbreak of public disorder in years, one Singaporean flew to the embattled city to tell his version of the story. 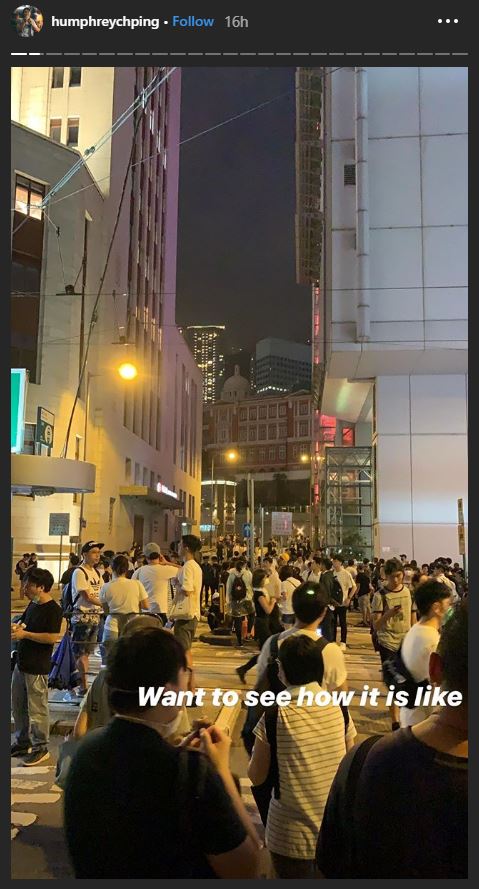 As it would seem in his Instagram stories, Hong Kong’s mass protests were not all about brute force.

Like pearls buried deep in the mud, a Singaporean named Mr Humphrey saw glimmering, heartfelt incidences of kindness and generosity among supporters of the protest.

In his Instagram stories, Mr Humphrey drew attention to a man wearing a safety hat and camouflage pants.

With a fast food bag in his hands, Mr Humphrey shared that the man was giving out burgers to people at the protest.

There were also those who distributed umbrellas for protesters to keep dry in the rainy weather.

Meanwhile, a few ladies were spotted carrying bags of biscuits, ready to hand out to protesters in need.

Protesters whose throats were hoarse found instant relief, thanks to more thoughtful citizens who came armed with chrysanthemum tea.

Mr Humphrey was touched to receive a Pipagao candy as well to soothe his throat.

As we continued clicking through Mr Humphrey’s stories, we found that he received N95 masks too.

If you remember, N95 masks were our saviour during the haze crisis in 2015. To many citizens at the Hong Kong protest, these masks offer some semblance of protection from air pollutants.

In one last praise to the people of Hong Kong, Mr Humphrey also saw two women who were keen to contribute to public cleanliness.

He said they picked up trash on the streets, like plastic bottles. Amazing indeed.

Felt compelled to witness the protest himself

Mr Humphrey had flown to Hong Kong after days of following news of the protest. He refused to believe that violence was the defining moment of Hong Kong’s biggest protest of the decade.

All I read about was how dangerous and violent this protest was. I had to see it on my own. 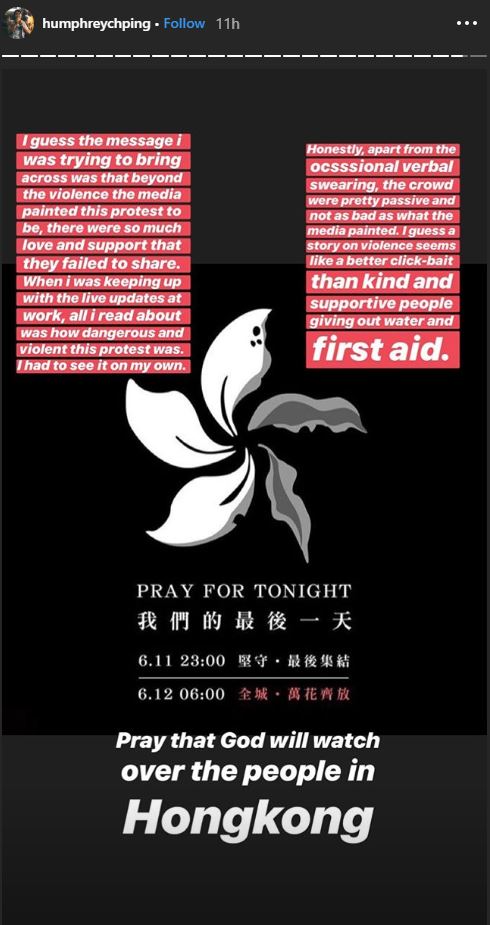 Mr Humphrey wanted to use his firsthand experience on the streets to show people that the protest wasn’t just about violence.

There were so many stories of love and support that did not receive the coverage they deserved.

Sounding mildly disappointed, he chalked this up to the media’s tendency to generate clickbait stories.

I guess a story on violence seems like a better clickbait than kind and supportive people giving out water and first aid.

As the protest worsened, Hong Kong’s legislative council had to postpone the second reading of the extradition bill. It was scheduled to be held on the morning of the protest.

Despite this, Hong Kong’s leader Mdm Carrie Lam remains adamant in getting the controversial bill passed.

She stressed that the bill could plug legal loopholes that would otherwise allow the city to become a haven for China fugitives.

A final vote is expected by 20 Jun.

Without people like him, who hunger for the ‘truth’, the kind deeds of many citizens would have been overlooked.

Meanwhile, those of you who are travelling in Hong Kong right now, stay safe. If you have stories to share about the protest, do let us know in the comments below.