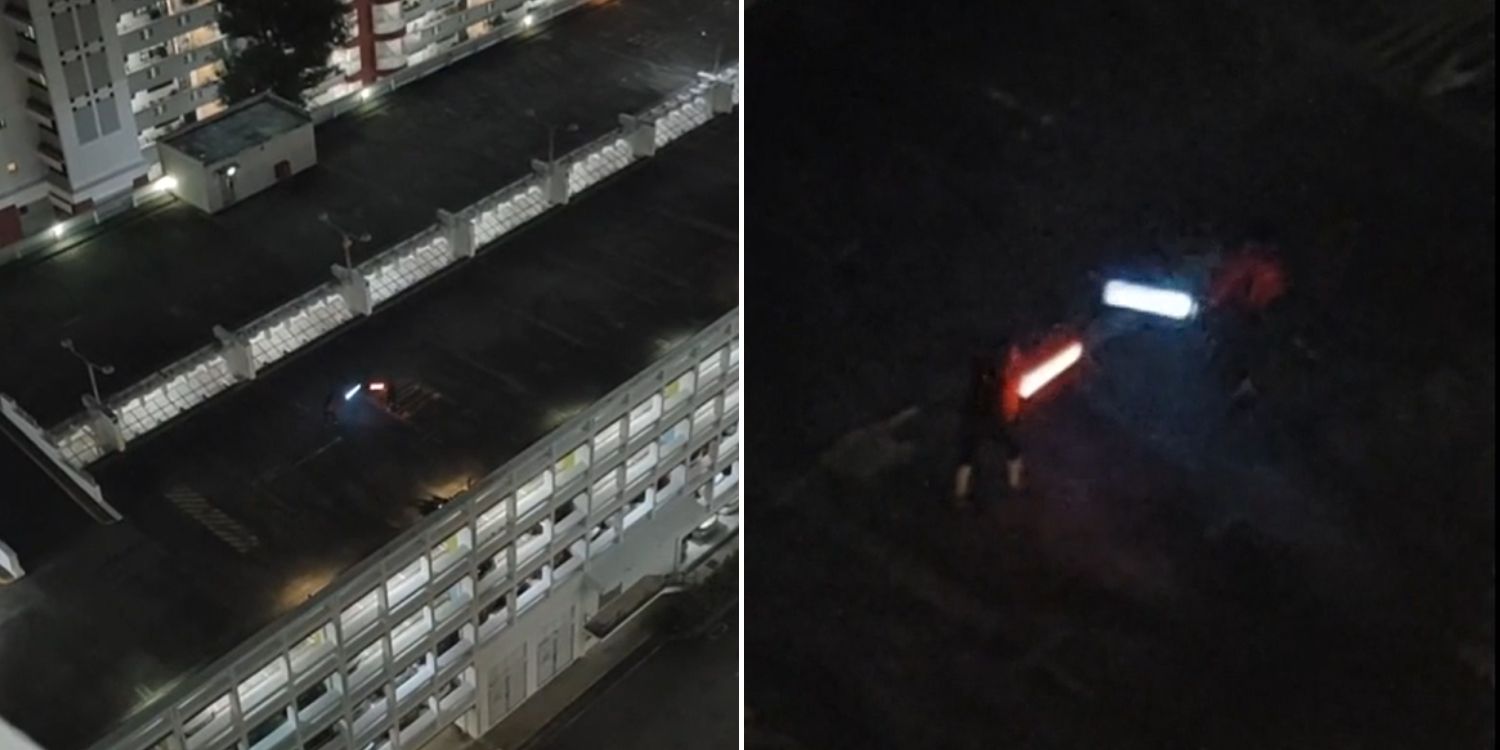 Our own version of Anakin Vs Obi Wan.

Imagine witnessing a battle between Darth Vader and Obi-Wan Kenobi before your very eyes. And we’re not talking about staring at your TV screens — we mean real life.

Residents in Hougang had such a privilege recently, though it wasn’t the two characters sparring. Instead, they caught sight of two individuals clashing lightsabers on the rooftop of a multi-storey carpark.

The force is strong in Hougang from singapore

The footage went viral on Reddit, with over 1,300 upvotes at the time of writing.

Many have since dubbed the duo’s interaction as Singapore’s very own version of the penultimate scene in “Star Wars: The Revenge Of The Sith”.

Reddit user u/Pantsu_sniffer shared snippets of the lightsaber battle in two parts, one and two, on Wednesday (29 Jun).

At the start of the ten-second clip, both individuals seemed to size each other up, presumably gearing up for the duel.

Right after, the camera zooms in as they start to spar with the lightsaber with much fervour.

The fight quickly becomes intense, giving the actual Anakin and Obi Wan a run for their money.

The second clip showed a longer version of the duel, where both seem evenly-matched in battle.

Fellow Star Wars fans expressed their amazement at the battle of the century, taking place right in the middle of the heartlands.

Many likened it to a local version of the infamous duel between Anakin and Obi Wan.

One creative Redditor even came up with a ‘Singli-fied’ version of the character names to fit the local context.

The parallels are certainly obvious, although this particular fight seems to grant both the (literal) high ground for once.

Another Redditor expressed their appreciation for such a wholesome scene in Singapore. Local folks are finally sparring for reasons other than to cause voluntary hurt.

A user even provided a possible name for a film featuring such a duel — “Star Wars: The Lion City”.

We think it has the potential to be a box office hit.

Uplifting moment in the heartlands

In such difficult times, it is pretty heartening to be able to witness such an awe-inspiring scene right here in Singapore.

Not every day do we get our own versions of Anakin and Obi Wan dueling it out.

Hougang residents may want to keep a look out in time to come. Who knows when the pair will be clashing lightsabers again.