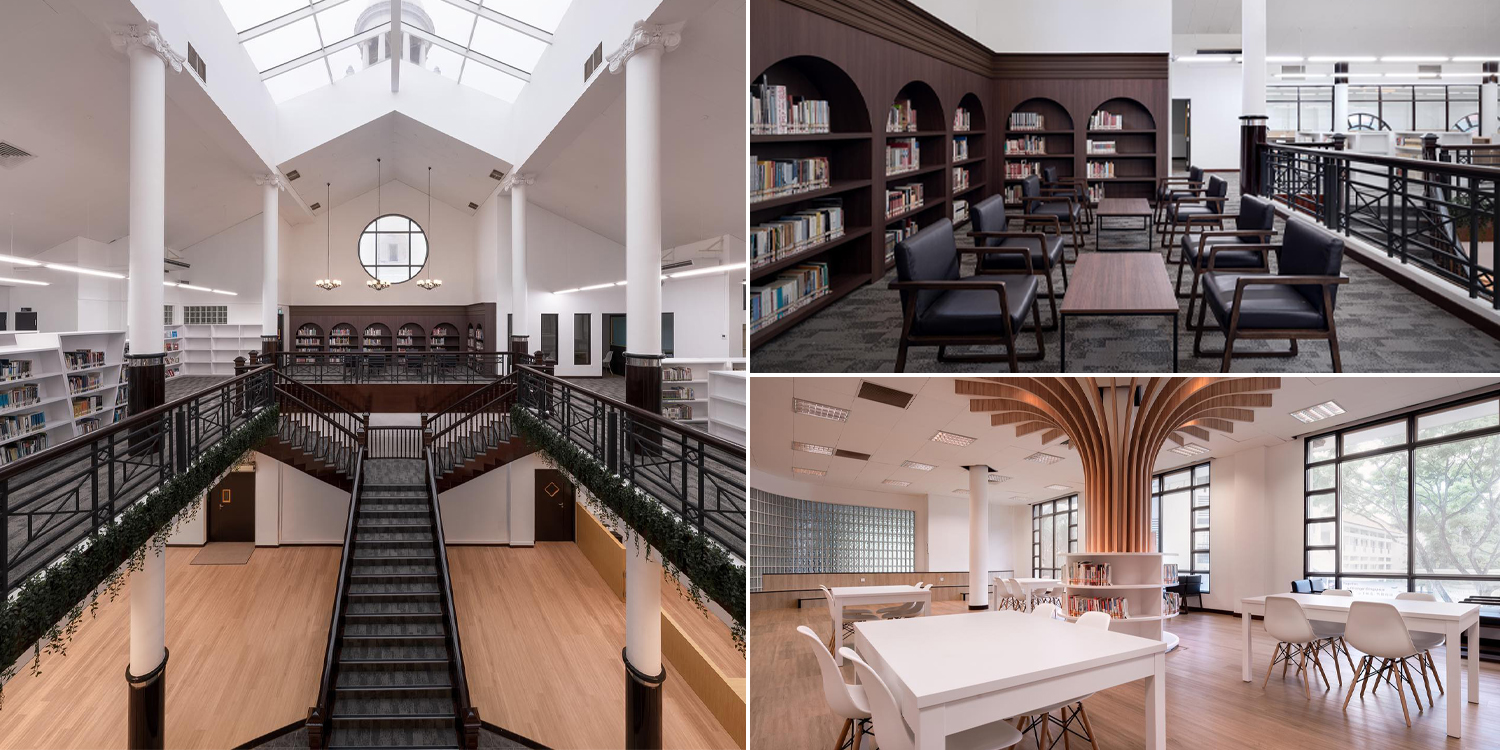 Many buildings in Singapore steeped in history and culture have stood the test of time.

In 2020, the library underwent a major revamp and has just reopened. 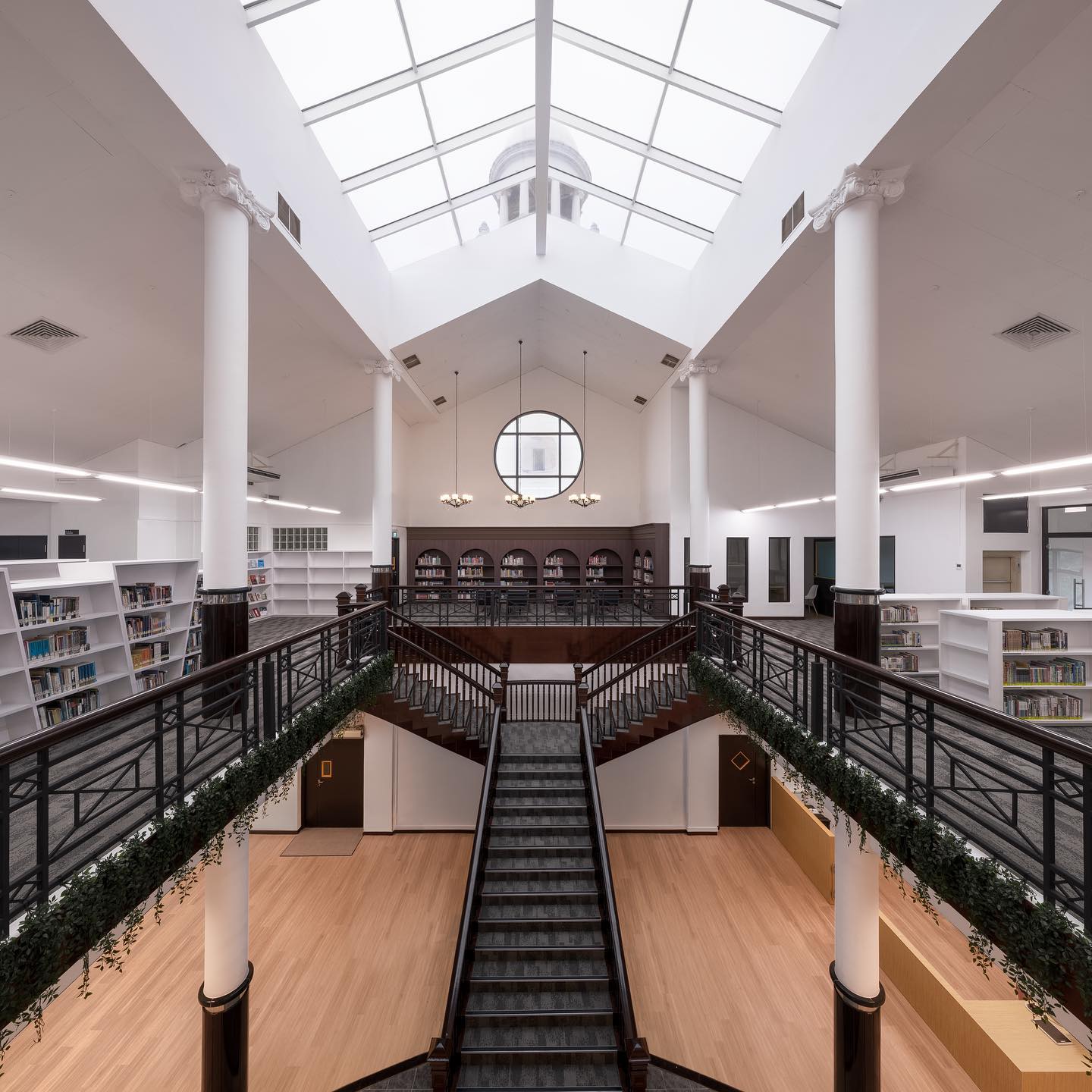 The new and improved library is now a student’s oasis with a grandeur that truly reminds us of a simpler, brighter version of the Umbrella Academy mansion in real life. 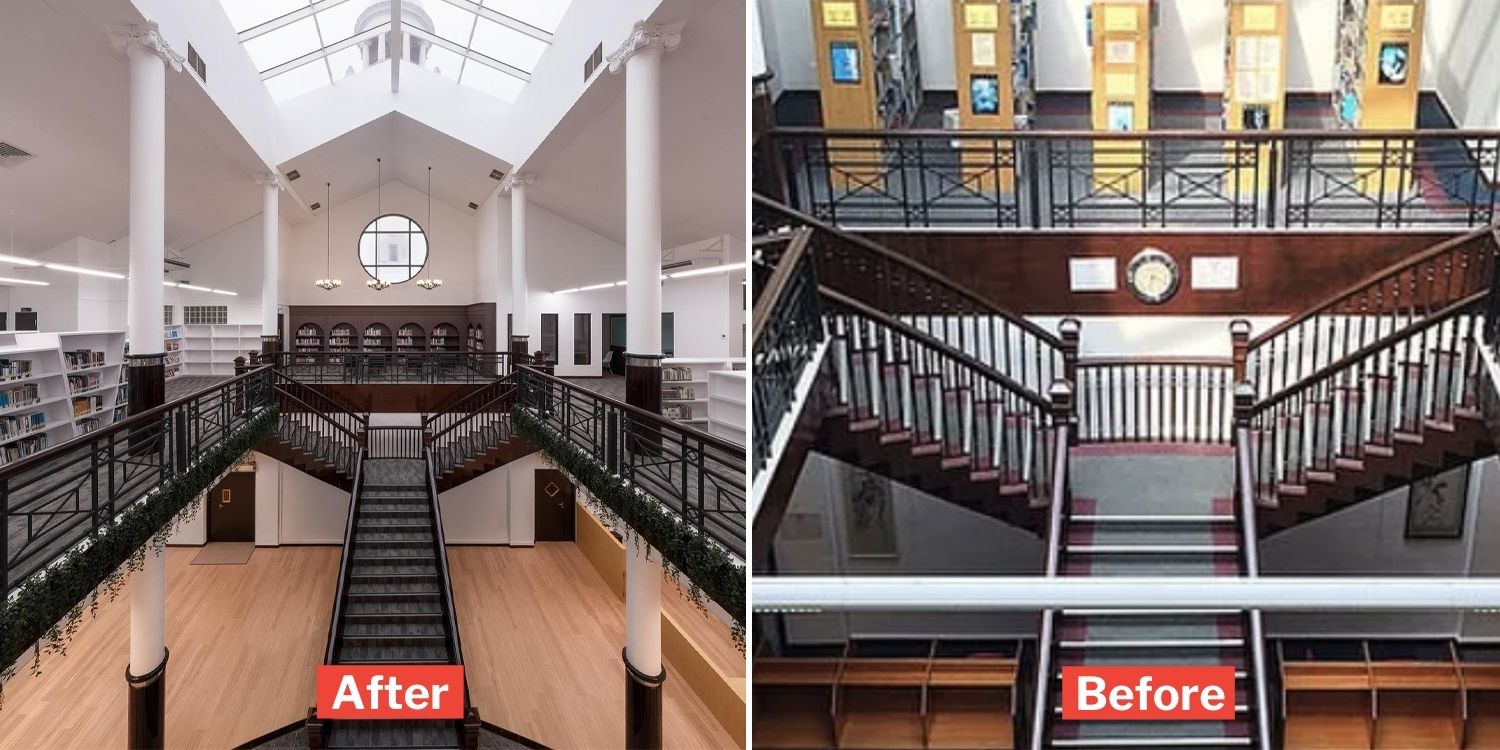 The 3-storey building has now been updated with a new contemporary design, reminiscent of a modern Umbrella Academy mansion. Brand new furniture like tables, chairs, lighting, and shelves have been fitted into the library, as the school strives to stay true to its iconic neo-classical interior.

Thanks to the building’s large windows and glass ceiling, natural light floods the space, making it a more conducive environment for studying.

A more conducive space for students

As you step into the revamped library, students will be greeted with rows of white shelves, with plenty of seats to comfortably curl up with a book. 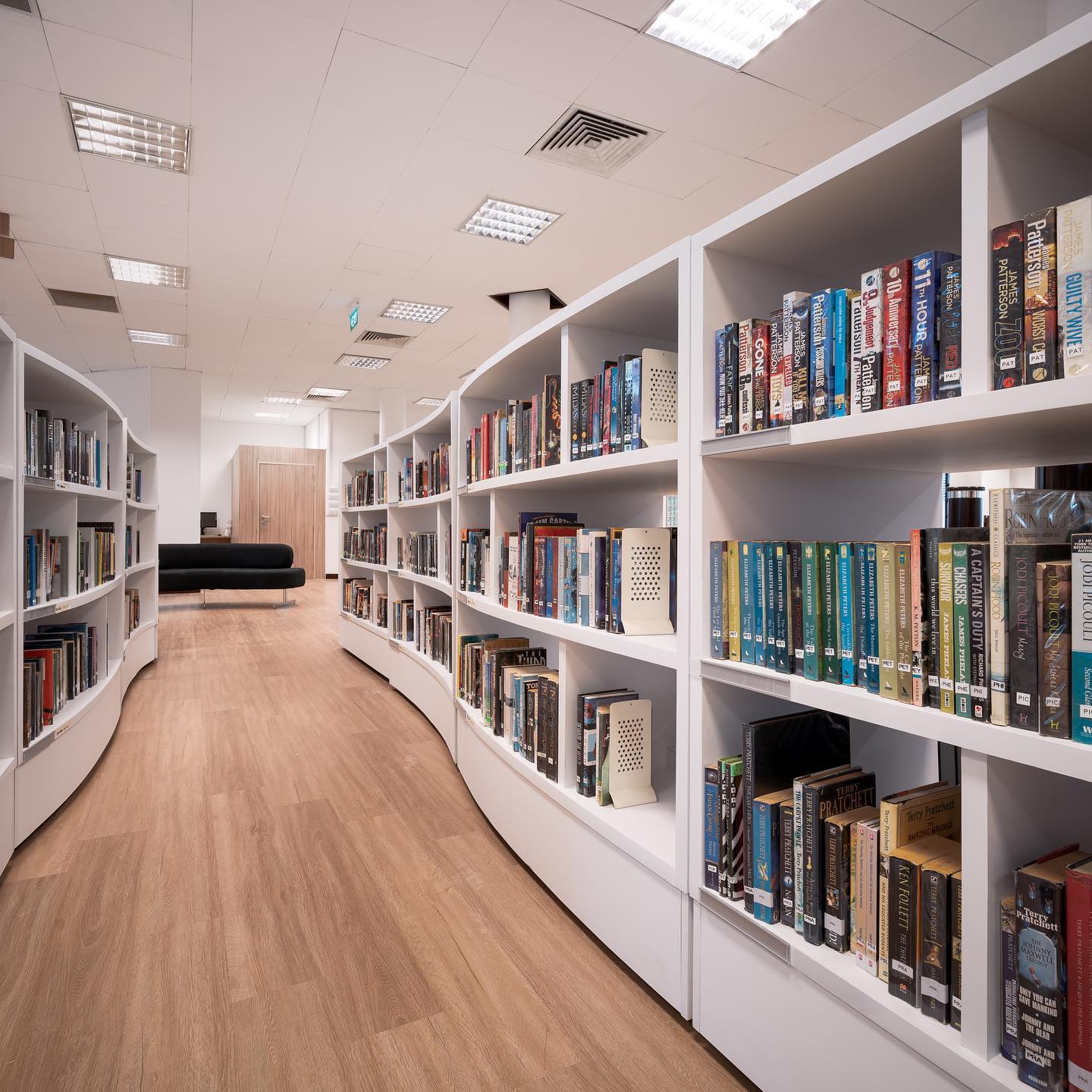 The library now also has spaces for students to do their individual studying — with tables fitted with electrical outlets and table lamps. 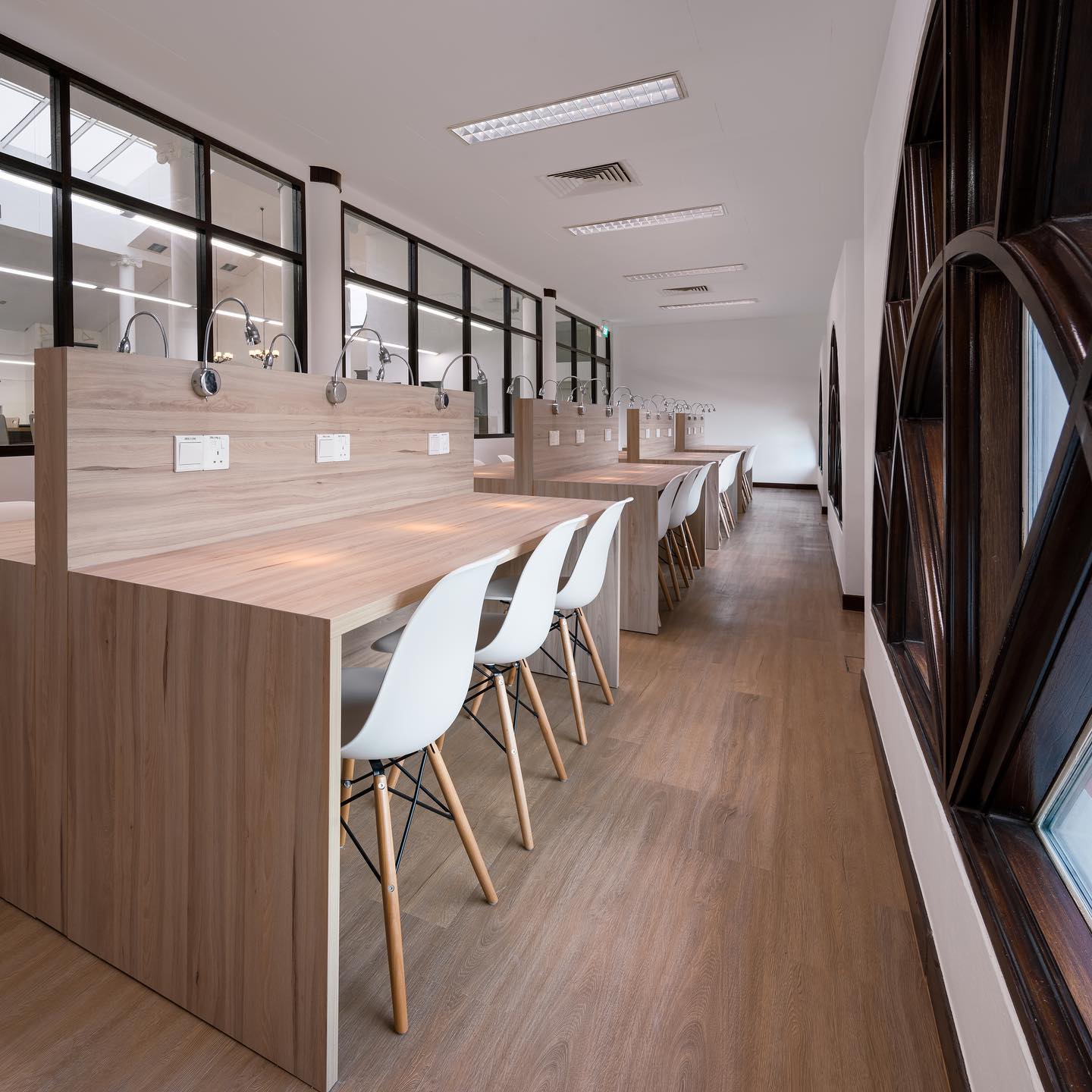 There is also more space for students to have discussions or study alongside one another. 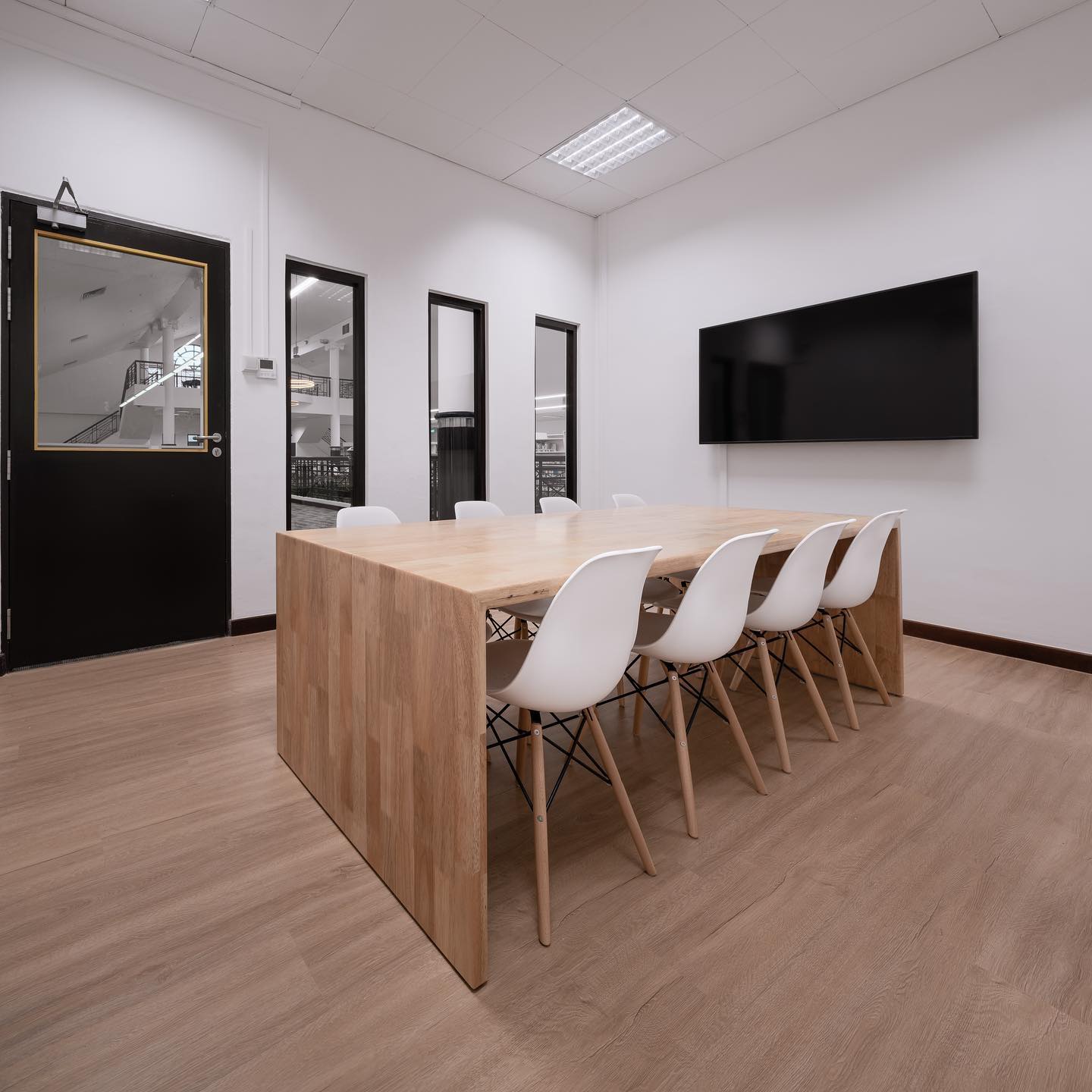 Although the space officially opened as the Kuo Chuan Library in 1957, it was later renamed after his son Lee Kong Chian in 1967, according to the school’s website.

Mr Lee was one of the school’s founding fathers, whose generous donation made the completion of the library possible.

Today, a bust of Mr Lee greets students at the library entrance. 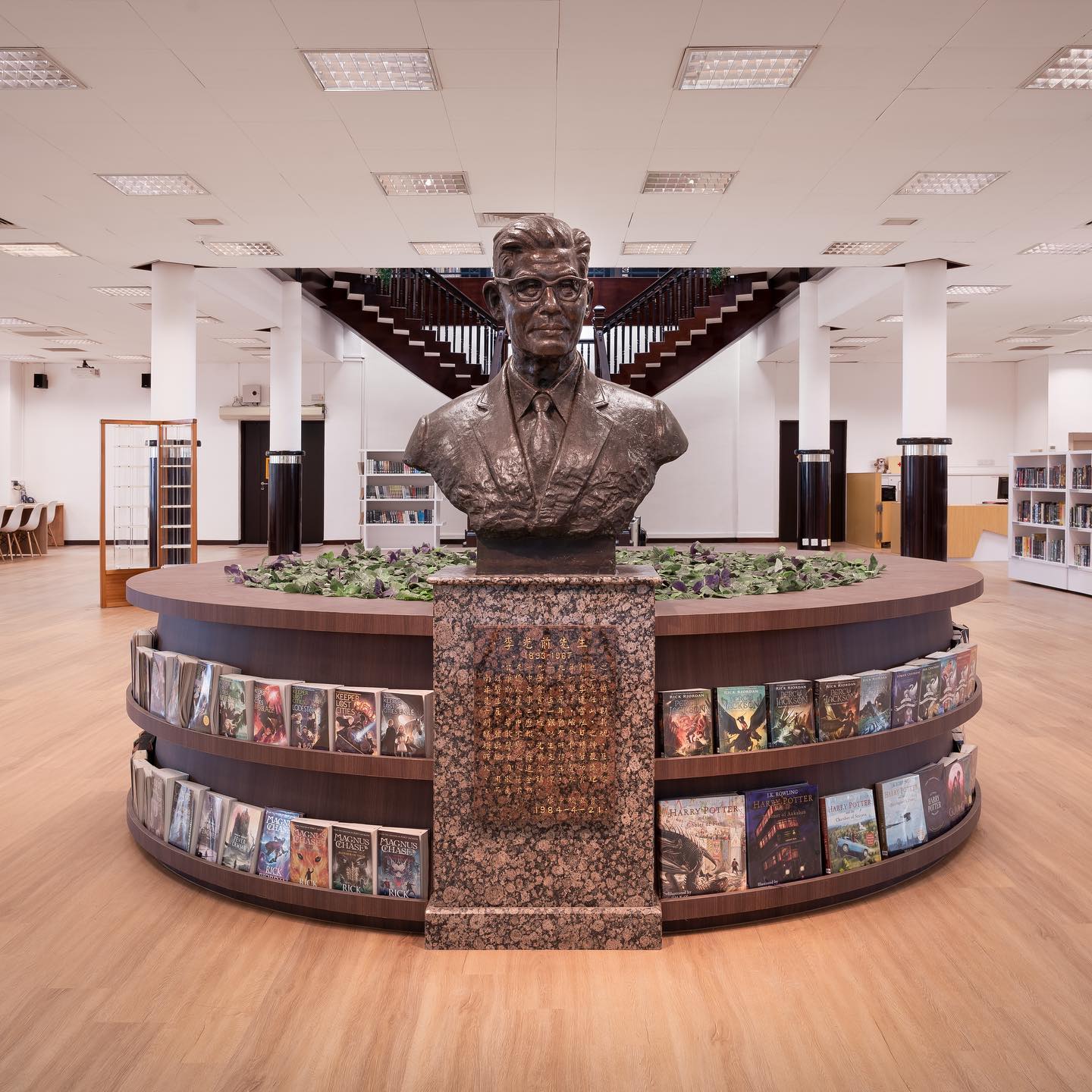 This is just one of the educational institutions and libraries named after Mr Lee.

Such tributes are testament to Mr Lee’s significant contributions to the educational landscape in Singapore.

Whether it is to read, study, or do research, libraries are a key part of schools.

With this revamped library, Hwa Chong Institution students will have a more comfortable environment to study, or catch up on their own reading amidst their hectic schedules.

What do you think of the new and improved library? Let us know in the comments down below.