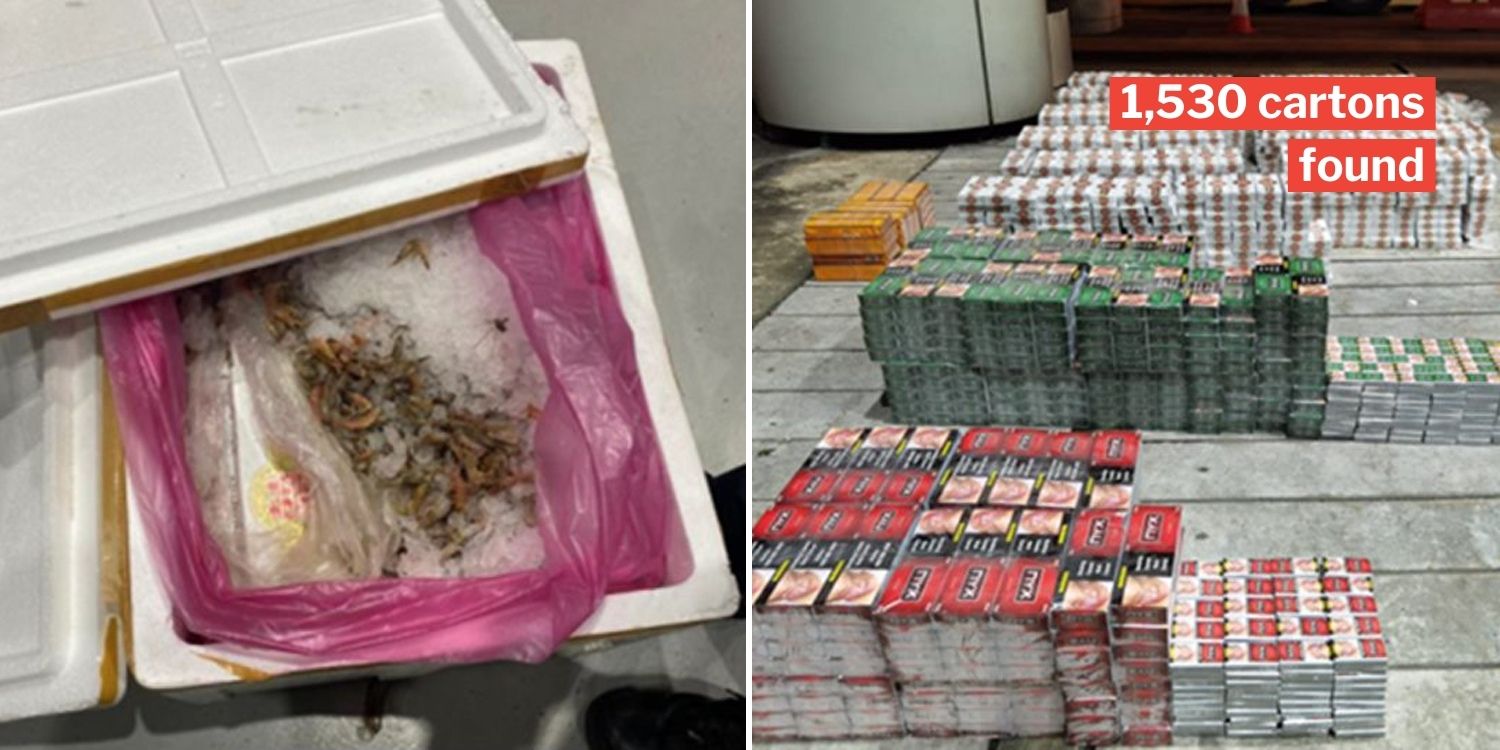 With Singapore’s strict laws and keen-eyed officers, people are constantly finding novel ways to smuggle illegal goods into our borders in a cat-and-mouse game.

But authorities manage to foil them time and again.

On Tuesday (26 Jan), ICA shared on Facebook that last week, they found duty-unpaid cigarettes hidden under seafood in a lorry entering Singapore. 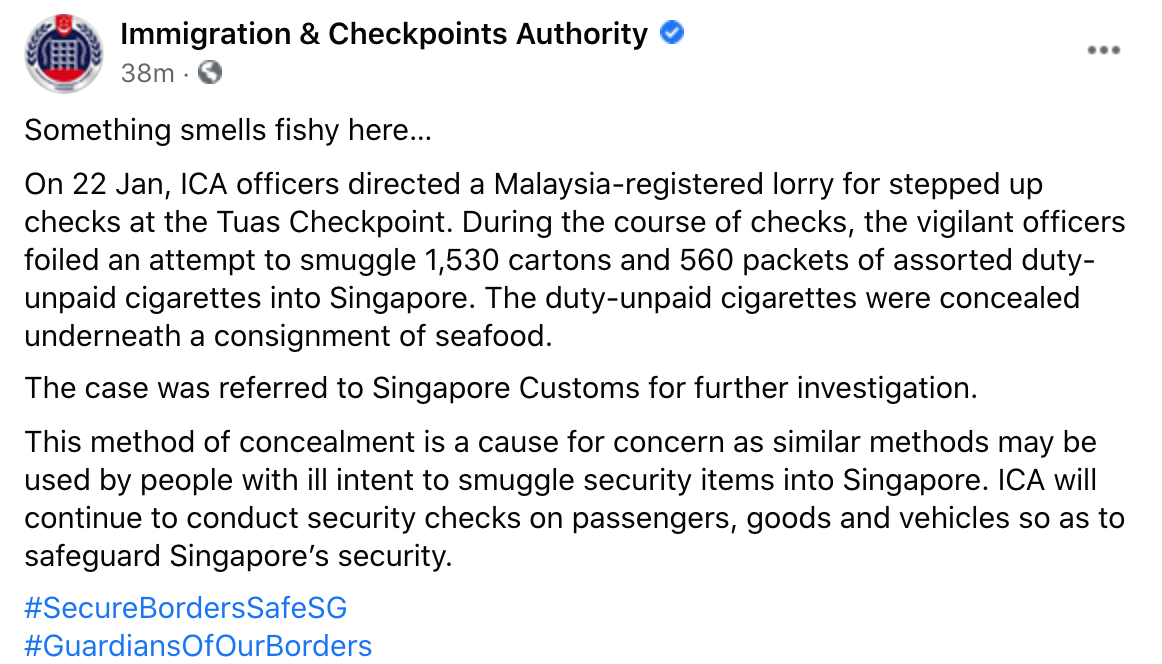 They confiscated over 1,530 cartons and 560 packets of duty-unpaid cigarettes.

Cigarettes hidden underneath boxes of seafood

On Friday (22 Jan), ICA officers at Tuas Checkpoint smelt something fishy about a Malaysia-registered lorry. 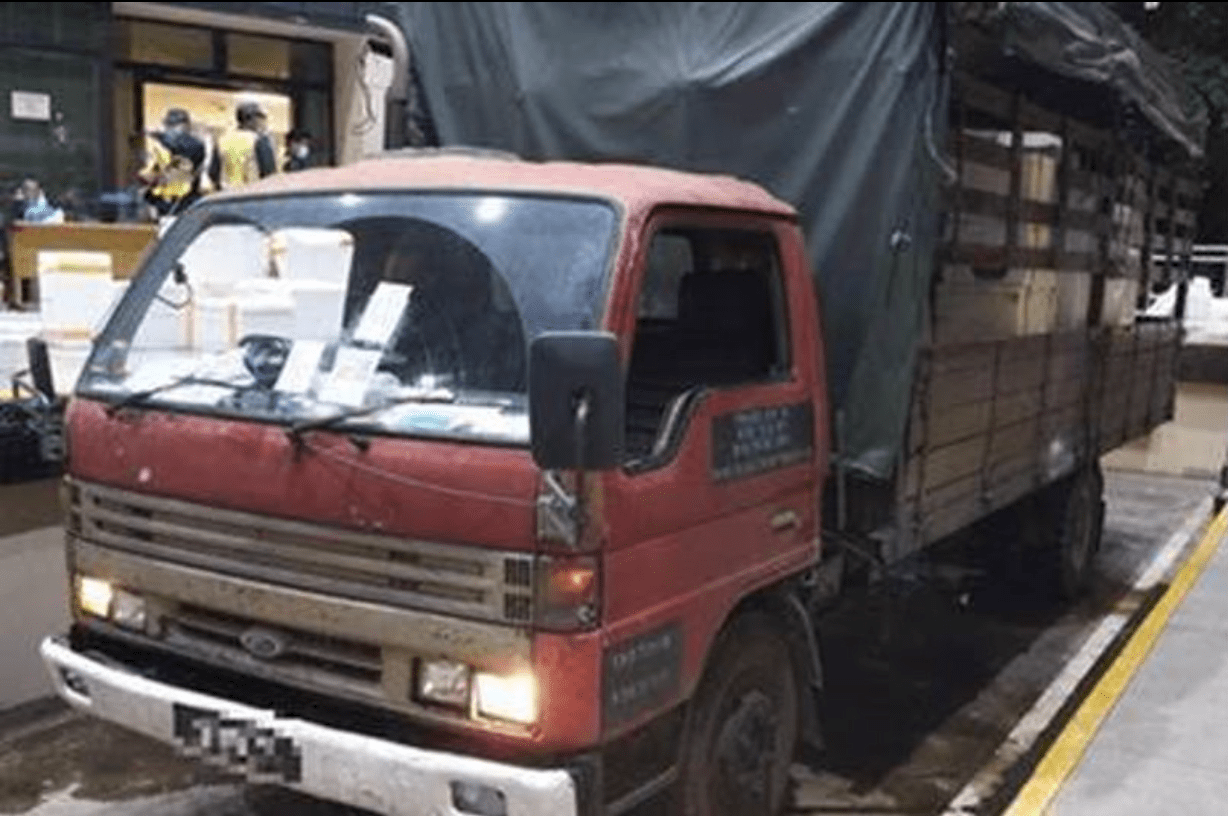 They then led the lorry carrying boxes of seafood to more stringent checks. 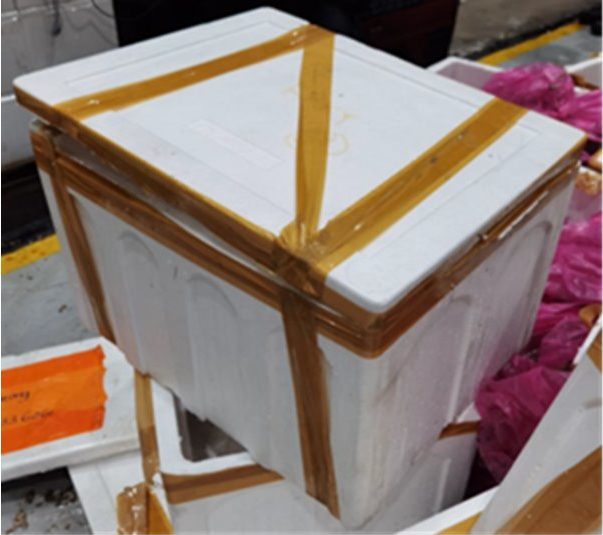 During the checks, eagle-eyed officers found illegal cigarettes hidden underneath a consignment of seafood. 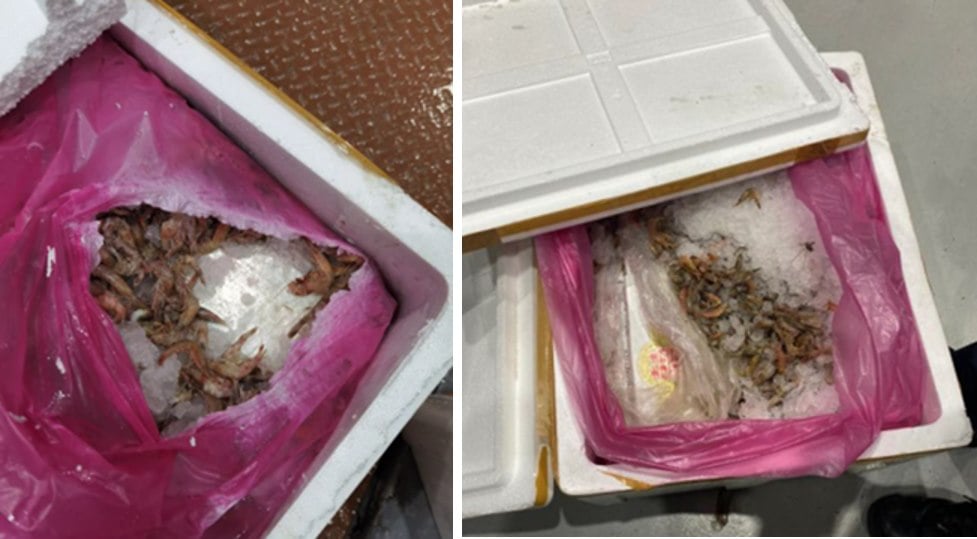 At the end of the day, the smugglers’ efforts to conceal the illegal goods proved futile.

In total, officers uncovered 1,530 cartons and 560 packets of duty-unpaid cigarettes. 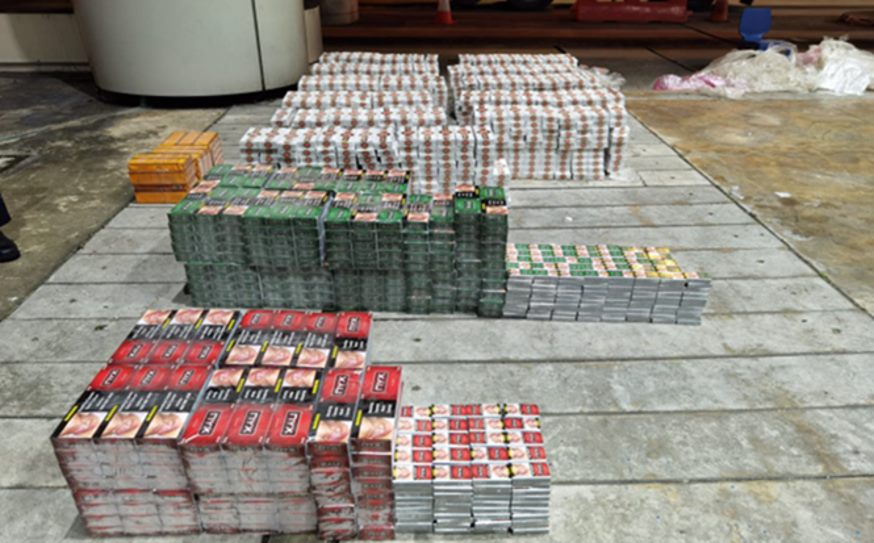 The case was later handed to Singapore Customs for further investigations.

If found guilty, the smugglers could face up to a $5,000 fine under the Customs Act.

ICA holds themselves to high standards when it comes to security checks on passengers, goods and vehicles.

While it was just illegal cigarettes this time, similar methods of concealment could be employed to bring in more dangerous items.

At the conclusion of the post, ICA vowed to continue to be at the top of their game and safeguard Singapore’s security.

Kudos to the vigilant ICA officers for their efforts in foiling such smuggling attempts, keeping our borders safe.

Hopefully, this serves as an important deterrence to those trying to bring contraband into Singapore.

After all, whatever method one employs to bring in such goods, nobody is above the law and justice will prevail eventually.