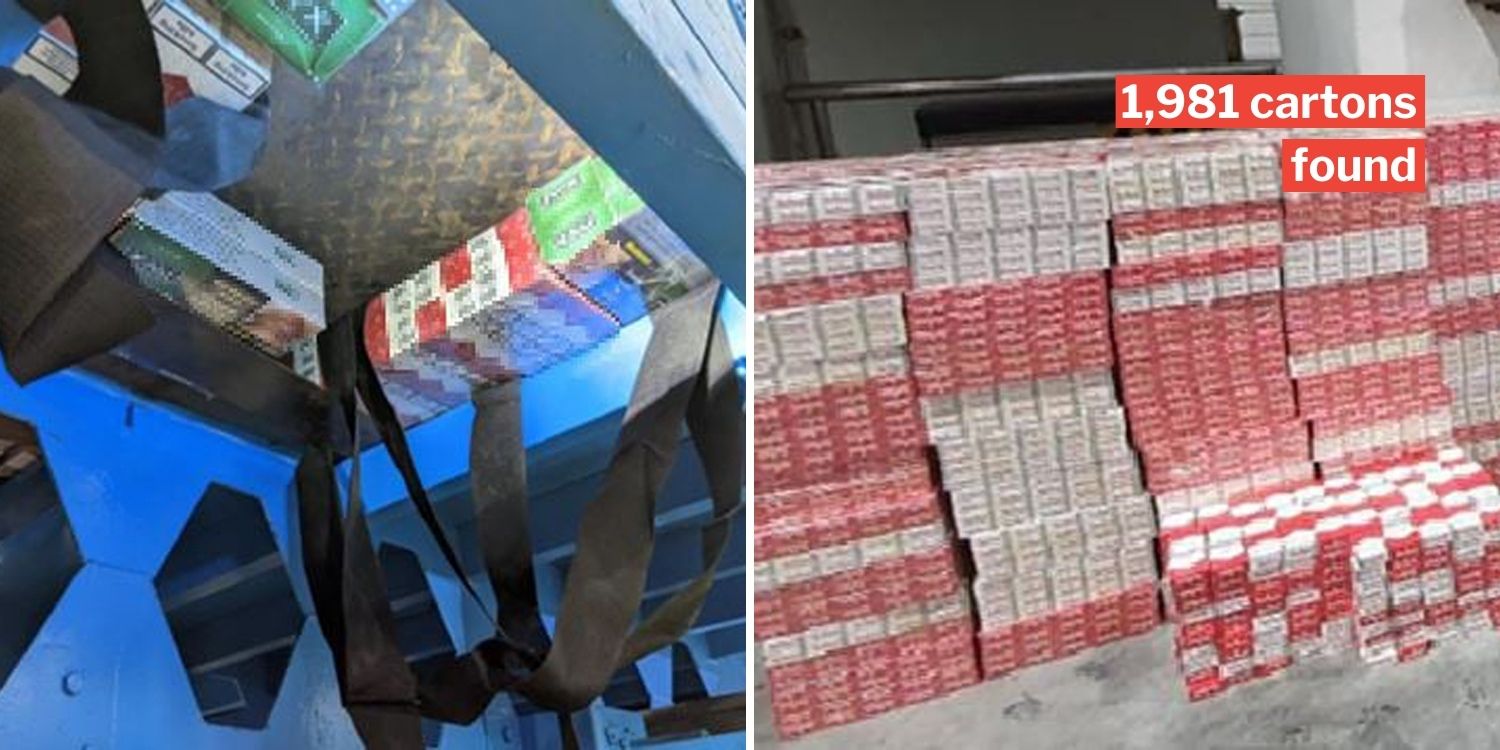 2,780 packets of cigarettes were uncovered.

From endangered animals to drugs and even cigarettes, it seems there’s a neverending stream of people trying to smuggle goods and creatures through our borders.

In one recent attempt, smugglers attempted to hide thousands of duty-unpaid cigarettes in the floorboard of a lorry carrying precast concrete.

The Immigration & Checkpoints Authority (ICA) shared how they successfully foiled the scheme in a Facebook post on Tuesday (27 Oct). 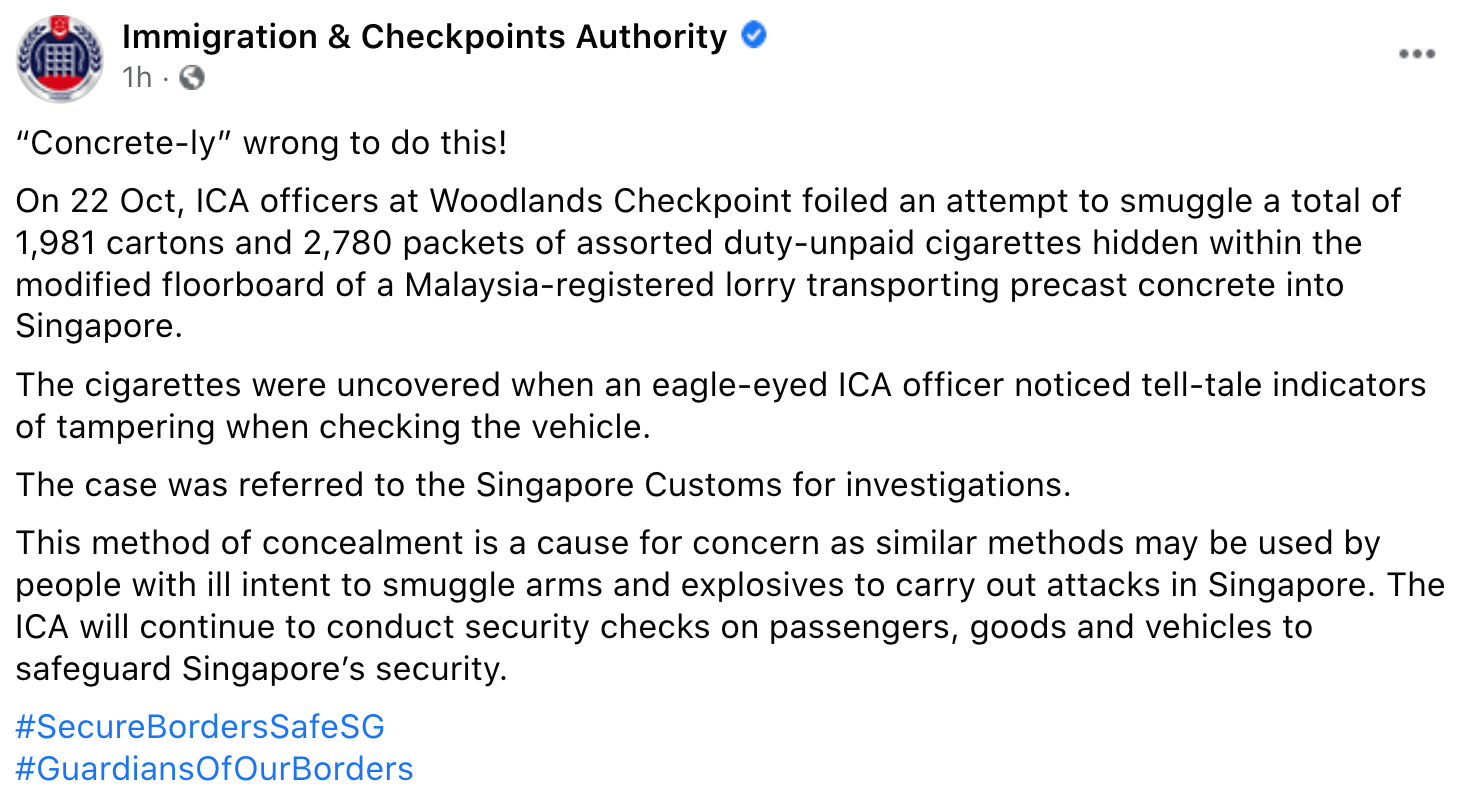 Safe to say, it looks like the authorities have found some pretty ‘concrete’ evidence against the smugglers.

To the common eye, the lorry might look nothing out of the ordinary.

However, sharp-eyed ICA officers spotted tell-tale signs of tampering when inspecting the vehicle.

Upon further inspection, officers found that the floorboards of the lorry had been modified.

The smugglers’ efforts to conceal and bring in cigarettes proves futile.

Hidden within the floorboards were a whopping 1,981 cartons and 2,780 packets of duty-unpaid cigarettes.

The case was later referred to Singapore Customs for investigations.

For violating the Customs Act, smugglers face a fine of up to $5,000 and other charges in court based on the severity of the offence.

ICA stresses the importance of such stringent checks.

The methods used to conceal such goods could also be employed to bring in more dangerous items like arms and explosives.

Hence, it is of paramount importance for them to conduct security checks on all passengers, goods and vehicles.

ICA reassures Singaporeans that they will continue to remain on top of their game as they safeguard Singapore’s borders.

While creative, this is definitely not the first of such incidents ICA has seen. On one occasion, cigarettes were even found hidden within the concrete transported by a lorry.

Kudos to the ICA officials for their vigilance, preventing such illegal items from being smuggled into our country.

With the sheer amount of cigarettes confiscated, it looks like the authorities have some pretty ‘concrete’ evidence against the smugglers.