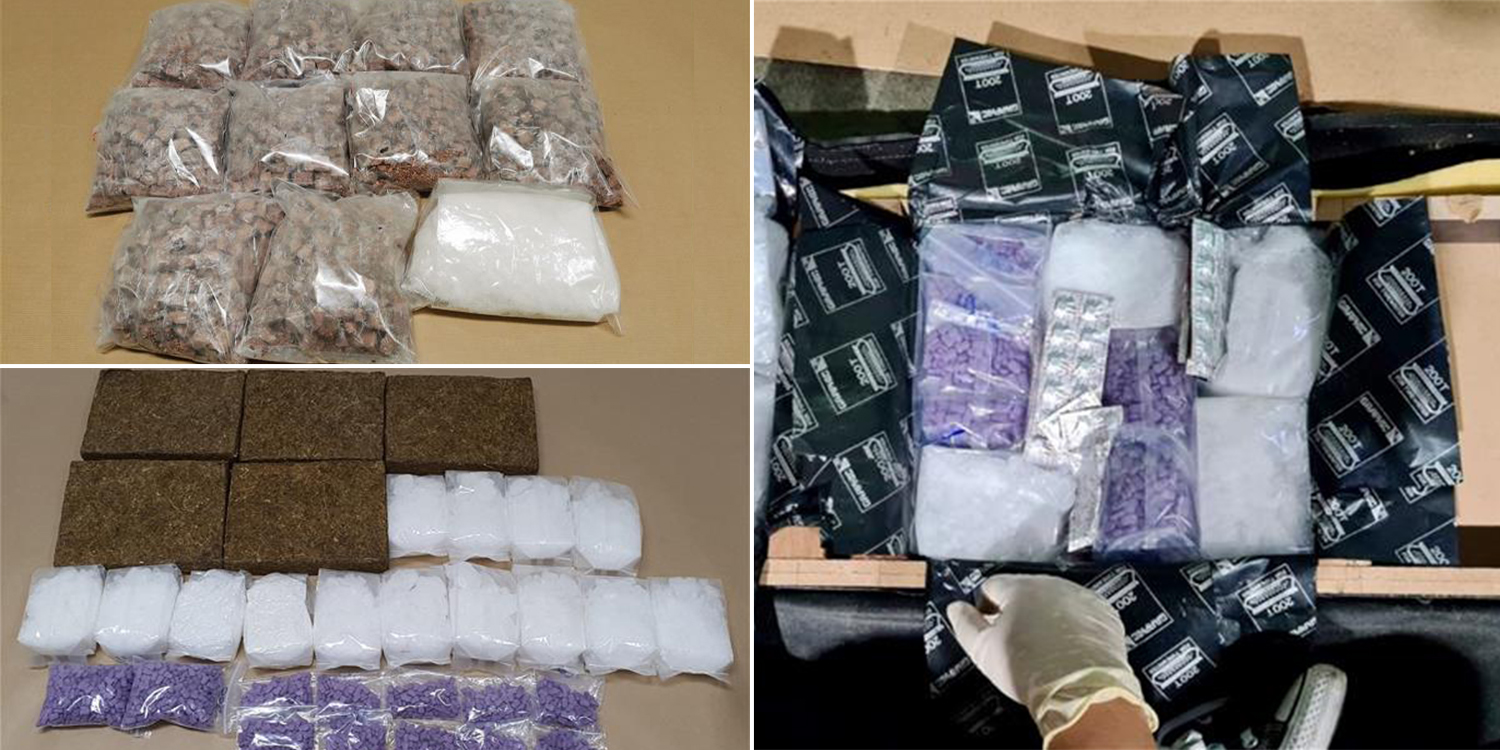 Even though borders are closed for general travel, authorities are still safeguarding our checkpoints and customs to ensure nobody is smuggling anything illegal into our shores.

So it was that the Central Narcotics Bureau (CNB) and Immigration & Checkpoints Authority (ICA) officers managed to foil 2 drug-smuggling operations on 18 and 21 Dec.

In total, 7 suspected drug offenders aged between 20 and 55 were arrested, they said in a statement on Wednesday (23 Dec).

They found a large assortment of drugs, including heroin, ‘Ecstasy’, and ‘ice’, which are estimated to be worth almost $2.3 million.

On Friday (18 Dec) at around 5.50pm, ICA officers found 7 bundles of drugs containing the following: 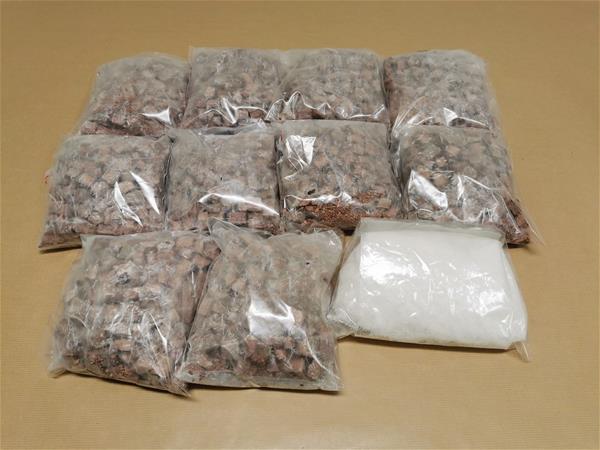 They were hidden within a consignment of beansprouts, ICA said.

Officers subsequently arrested a 38-year-old Malaysian driver and a 24-year old male passenger and referred them to CNB for investigation.

The other case is a larger one.

On 21 Dec at around 1.35pm, officers were checking a Malaysia-registered lorry transporting furniture and spare vehicle parts when they found “anomalies” in scanned x-ray images.

Their suspicions were proven right when they conducted further checks and found the following: CNB then followed up and raided a home in the vicinity of Bedok North Street 2, arresting a 20-year-old male Singaporean.

They also recovered about 215g of cannabis.

But the operation didn’t end there.

Officers then arrested two 22-year-old Singaporeans – one male and one female – in the vicinity of Geylang Lorong 26.

They then recovered the following drugs from their hideout in the same vicinity:

The investigations into these suspects and drug activities are ongoing.

CNB estimated that 2,200 heroin abusers, 3,080 ‘Ice’ abusers, and 780 cannabis abusers can be fed for a week with the haul they recovered.

During the festive season, ICA has stepped up their security checks and enforcement, as well as screening at checkpoints.

Authorities will continue to work tirelessly during this period and prevent any contraband from entering Singapore.

Kudos to CNB and ICA for foiling these drug activities.