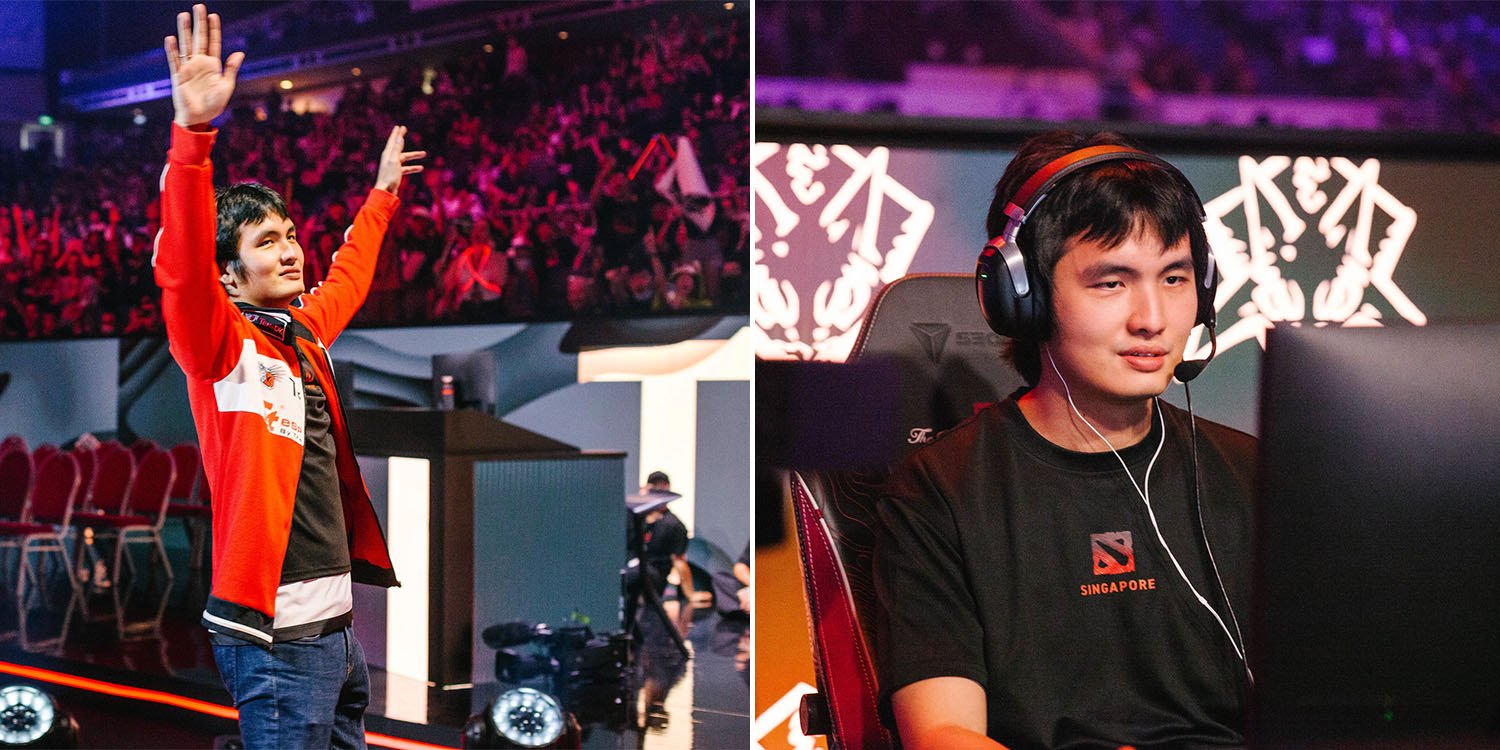 He isn't ruling out a Last Dance for the next TI.

For over a decade, Singapore’s most famous esports player, Daryl “iceiceice” Koh, has competed at the highest level. He’s played and lived on three continents, tasting multiple victories. He even tried his hand at starting his own team, Team Faceless, in 2016.

But the biggest challenge for any esports pro is: what comes next? Because Dota 2 is a game that requires thousands of hours to be good at, it leaves little time for anything else until your career is over.

After he missed this year’s The International tournament qualifiers due to a team disqualification, he left Team SMG and decided to take a prolonged break for the first time in years. 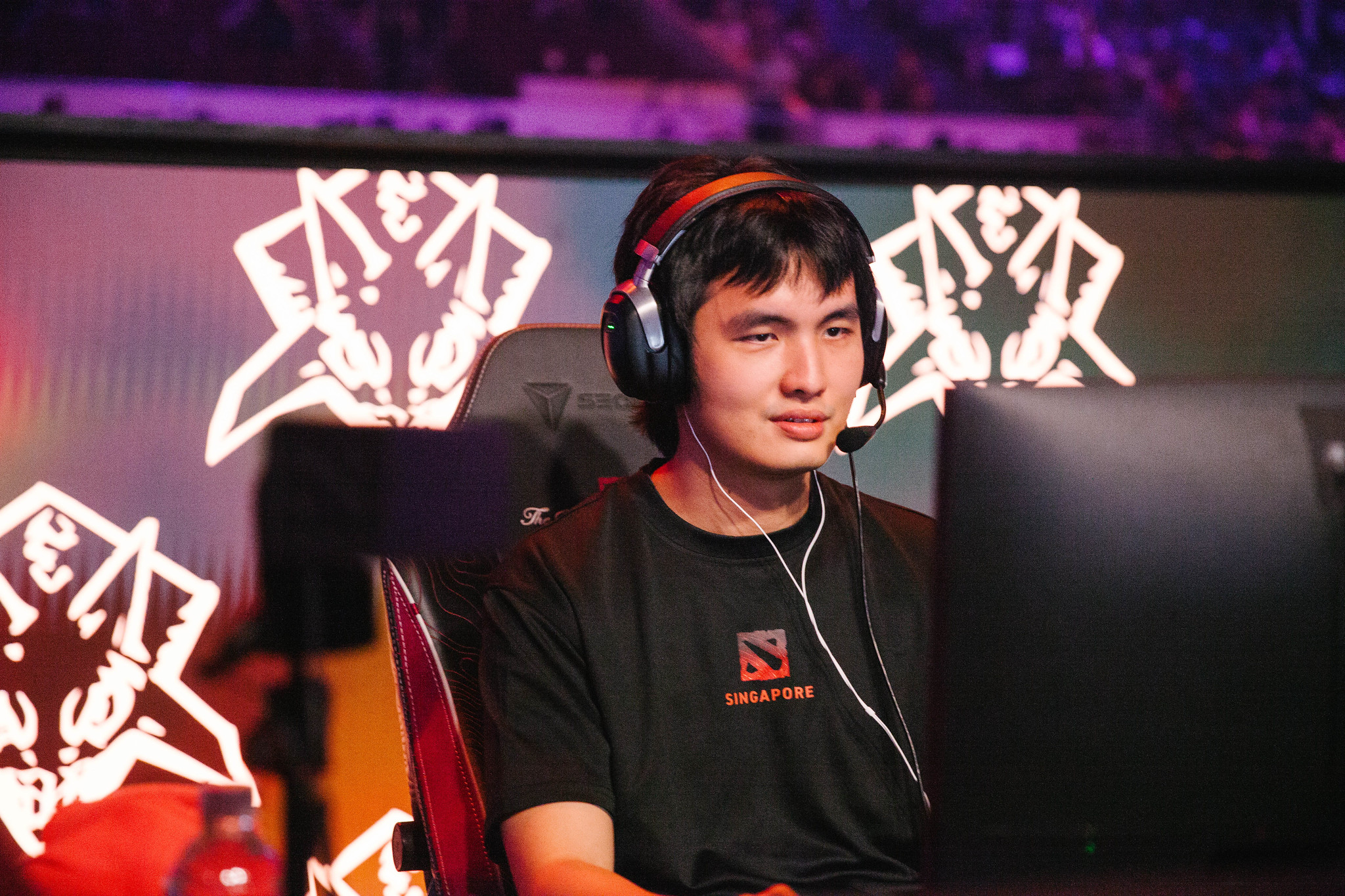 MS News caught up with the Singaporean star to find out his next steps and how he likes to spend his days, if not grinding at esports.

Disqualification a blessing in disguise

While the break was not exactly planned, it has become a blessing in disguise. For years, especially during the Covid-19 pandemic, Daryl would be away from home for up to 10 months a year as he played on overseas teams. 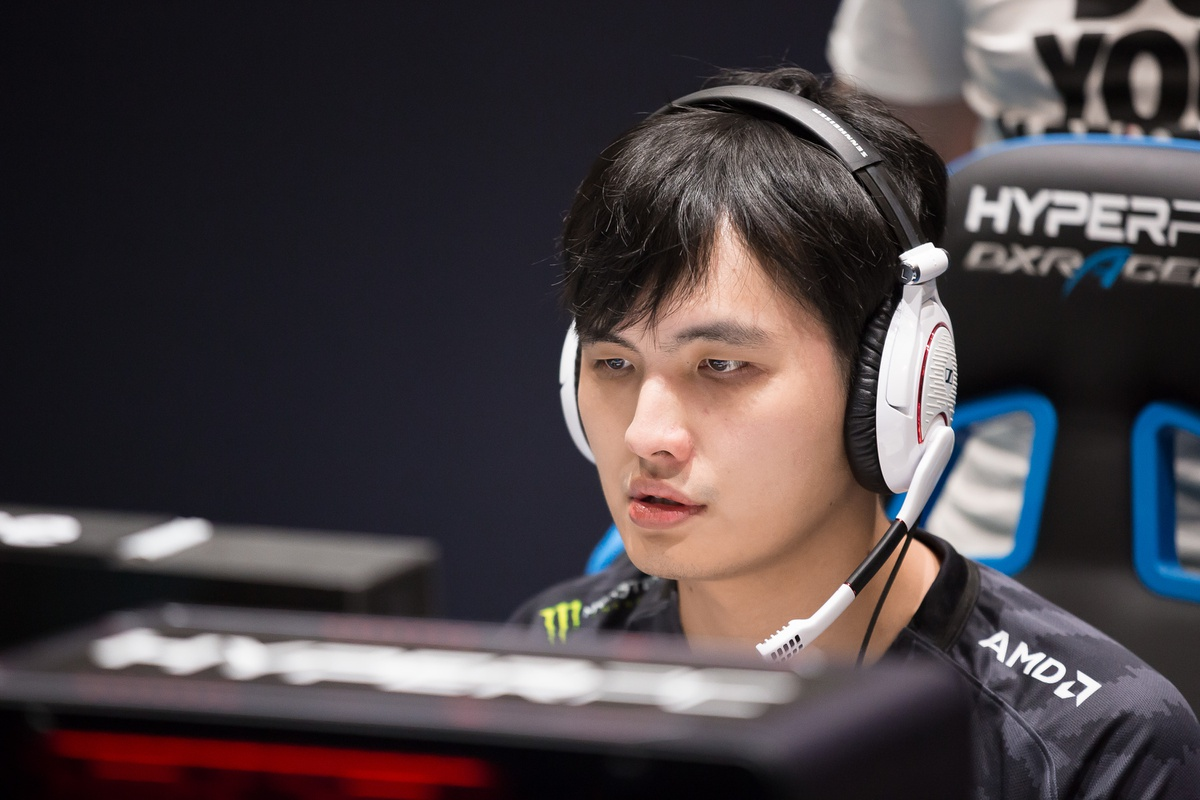 It left him just a week to see family and friends during his breaks, further cut short by two-week quarantines upon his return.

But the mishap with Team SMG made the 32-year-old realise there were other things he wanted to pursue besides Dota, which he had to put aside over the years.

After all, being a Dota 2 professional requires “giving 100%”. He could not even do stock investing without being distracted, so iceiceice decided he had to make Dota 2 the foremost priority, even over family.

Having participated in so many TIs, missing out this year was strange. However, he realised that he was indeed “nothing without Dota.” So now, he’s spending time pursuing other interests instead.

At the same time, Daryl admitted 2022 was a “shitty” year for him, career-wise.

When he joined European squad Team Secret at the end of last year, it was his first time living and playing in Europe. He flew to Jordan to bootcamp with the squad and got to experience living in various places like Stockholm and Malta, which was memorable for him.

But the team struggled for results and was hampered by repeated roster issues — position four Yazied “YapzOr” Jaradat had to step down due to health issues, and he was replaced by Bakyt “Zayac” Emilzhanov.

“It always felt like we were one game away from qualifying for the Majors, (and) it felt really shitty (to miss out every time),” Daryl said. 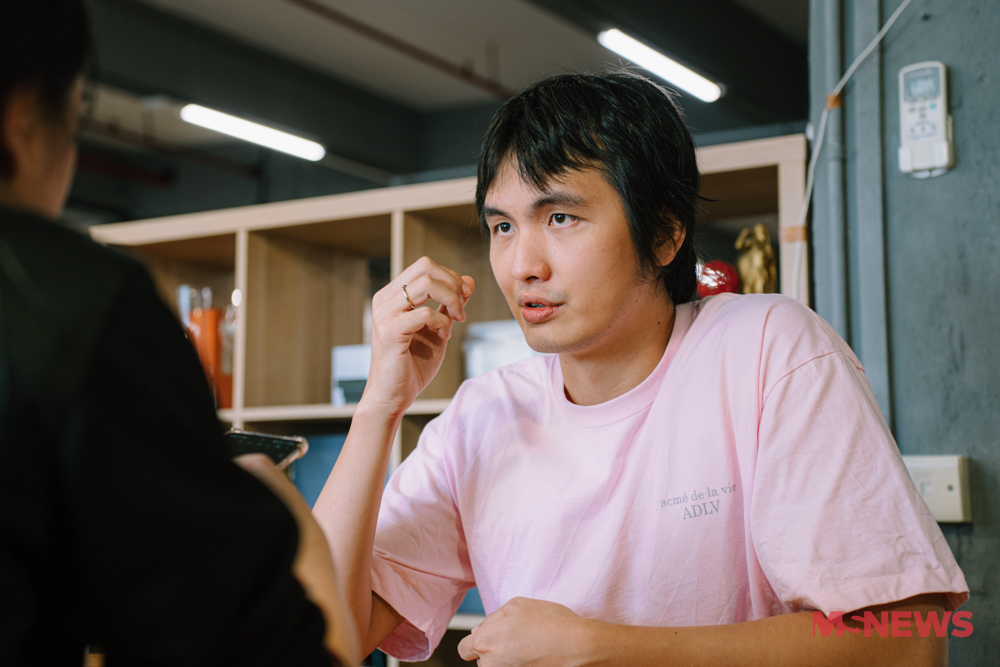 After a string of team underperformances, iceiceice was replaced with stand-in Roman “Resolut1on” Fomynok, and Team Secret achieved a strong result at the Riyadh Masters 2022 tournament.

Resolut1on and Zayac had better synergy and would communicate in Russian in games, something Daryl obviously wasn’t in control of.

For that reason, he was kicked from the team, which went on to place second at TI11 in Singapore, Daryl’s hometown. “Of course, I was a bit salty at the start, but after that, it got okay.”

It was good to see them do well too.

He has no hard feelings about the decision as he knows it wasn’t personal. “I’m still friends with (Team Secret captain) Clement “Puppey” Ivanov,” he shared.

Being disqualified “was like studying four years for O’Levels, then not being able to take the exam”

Then came the Team SMG debacle.

Things had been going well after he joined Team SMG, as iceiceice knew he wanted to play with a Position 4 (soft support) that he could work well with, and Tue “ah fu” Soon Chuan fit the bill.

An admin apparently leaked the news of the disqualification on the tournament organiser’s Discord server.

Daryl had woken up to someone messaging him about the shocking news.

“Someone else told me (about the disqualification) even before the admins did,” he said.

And once the news spread, Daryl said it would have made reversing the disqualification difficult, sharing that at least five other teams had faced the same issue, but managed to find a workaround.

“(Valve) can’t go back on (the disqualification once the news spread),” he shrugged.

Because of how the tournament calendar is structured, the TI qualifiers were the most important event of the year, equivalent to the O’Levels.

It was like studying for four years for your O’Levels, then you find out you can’t take the exam.

And just like that, Daryl’s year ended without him qualifying for the biggest tournament of the year.

Avenues outside being a pro gamer

We get the sense from talking to Daryl that he’s still in the initial stages of finding a career outside of playing games for a living.

Of course, a pro “bumming” career is possible, as he says his wife “is doing quite okay” as a digital marketer for a local company.

At the same time, Daryl admits that although “bumming is addictive… I can only do that for one year at most.”

Instead, he’d like to pursue all the things he could not before, be it photography, videography, or even content creation — which Daryl likes as it would combine his interests, while he streams two to four hours a day.

Starting a business is also an appealing prospect, as he’s built up many connections over the years within the esports scene. 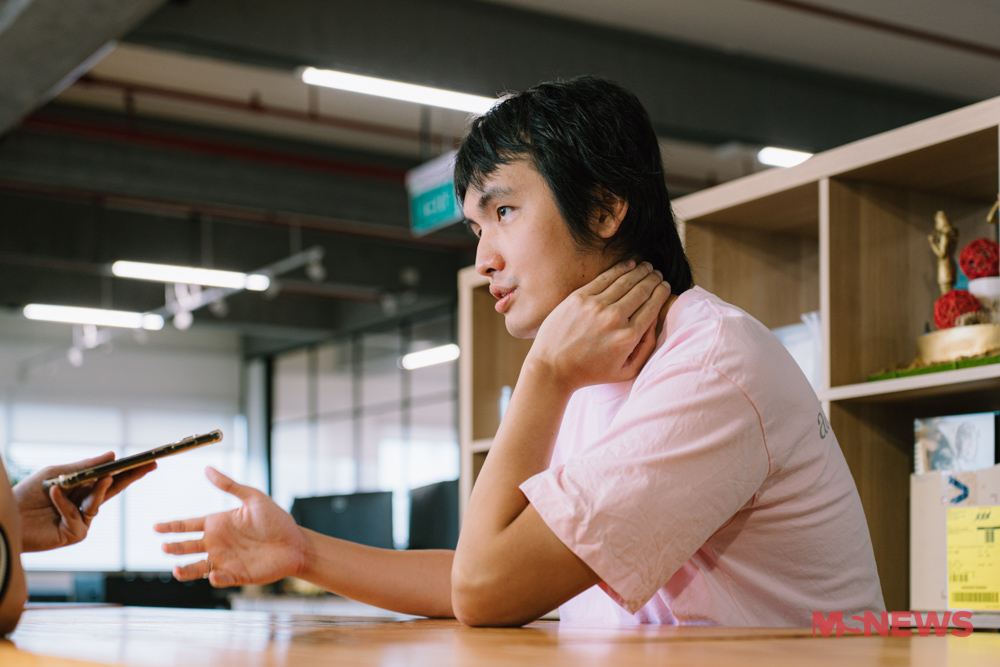 If he’s not training in Dota 2, he’ll play Elden Ring or Dark Souls hardcore. We expect that trend to continue even if he retires.

As for income streams, Daryl admits he hasn’t really done much outside of investments, and he doesn’t intend on being a full-time streamer even though his Twitch stream is well-loved, with over 250,000 followers.

Most of the money he earns from being a pro gamer goes towards Singapore’s high cost of living, but he wouldn’t pick anywhere else to live, even though it may be cheaper elsewhere.

Not only is it where he grew up, but Daryl also feels it’s the best place to raise his son, who is 6.

Will retire if he feels he can’t play well anymore

Behind iceiceice’s troll persona and seemingly lackadaisical attitude towards his teammates in public is a man who puts his 100% into whatever he does.

“If I’m no longer able to contribute (to a team), I’ll stop playing,” he said.

Life is short. It might not be worth it (to continue playing Dota 2 professionally). If I want to start something else, now is a good time to do it. In the end, I’ll stop playing — I’ll have nothing in the end.

But that time seemingly hasn’t arrived — yet. Daryl still feels he can contribute to a team as iceiceice, be it in ideas, strategies, commands, or overall drafting style. 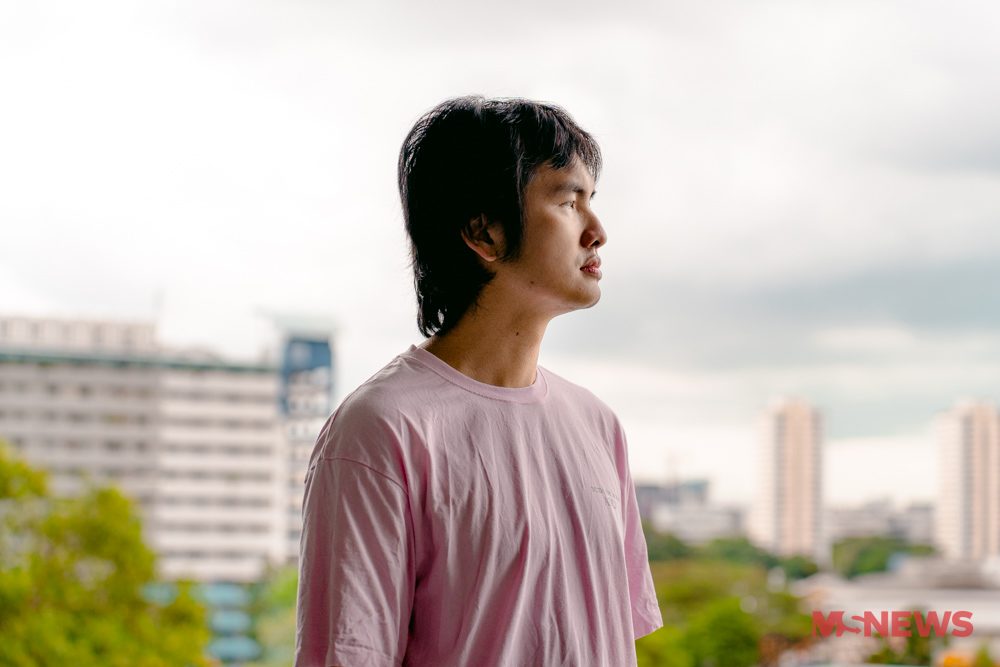 When put to him that he might do a Michael Jordan and form a team for a “Last Dance”, Daryl chuckled. “Yeah, something like that.”

The esports career is short-lived & filled with obstacles

After all these years, Daryl has seen countless people come and go. Yet, Singapore is still no closer to producing esports athletes able to compete at the highest level, with few exceptions, such as himself.

While there are those who say that barriers such as National Service (NS) prevent gamers here from going pro, Daryl thinks no barrier is insurmountable if one is really committed.

For example, he was serving NS while competing at the inaugural TI1 and TI2, even securing third place in the former with Scythe Gaming.

“A lot of people give excuses, which is something I cannot take. They’ll ask, ‘Should I go pro?’ And, if you want to do it, just do it lah.”

If you want to do something, just suck it up and do it. The thing is, you really have to sacrifice a lot of things. You have to do things that can get you to where you want.

“I think people don’t understand how hard the grind is,” he continued. “People think I’m lucky, or I made it because of talent, or whatever. The thing is, life is gonna throw a lot of stuff at you, and you have to solve the obstacles by yourself.”

So there’s your answer, from someone who’s been there and done that: if you want to do something and you have the passion, just go for it.

And he’s gone through NS while competing, so there’s really no excuse for any aspiring pro here.

iceiceice is not done yet

What we see from Daryl today is the result of countless hours of grinding games, replays, and conversations with teammates, even playing with foreigners to reach the top.

Without that commitment, he believes one can’t succeed at anything, let alone Dota.

Perhaps Daryl will eventually find himself at the top somewhere outside of gaming, but for now, he’s not quite done with Dota 2 yet.