Police said on Saturday (29 May) that 38 people are under investigation for not complying with Covid-19 safe distancing measures.

In 2 separate incidents, 9 people were found at an industrial unit along Jalan Besar on 16 May and another 29 at a Paya Lebar Road office unit on 22 May respectively.

A 15-year-old was arrested and will be investigated for offences under the Public Entertainments Act and Liquor Control (Supply and Consumption) Act 2015, according to Channel NewsAsia (CNA).

As you may know, public entertainment outlets must have a license to operate and in both these instances, police have reason to believe the organisers did not.

At the Paya Lebar Road office unit, the place was decked out like a KTV outlet or nightclub, complete with alcoholic beverages in chillers. 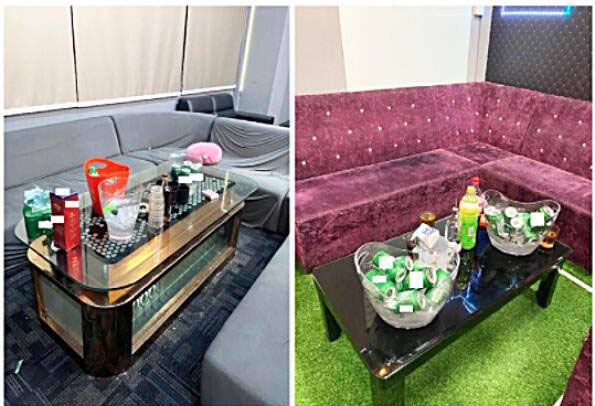 The sofas and lighting also lead one to suspect that this was a place where people could make merry — illegally.

The people inside were aged 14 to 39, with public entertainment and liquor provided without valid licenses. There was karaoke equipment at both places, which police seized.

Police said that they arrested 4 teenagers aged 15 to 18, who are investigated for suspected drug offences.

Shockingly, the 15-year-old is believed to be the unit’s operator. 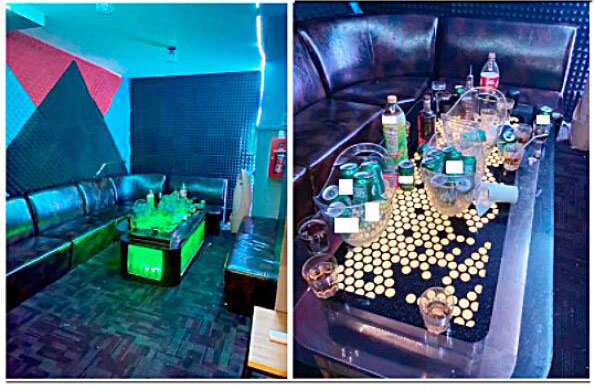 38 under investigation for breaching safe distancing

Meanwhile, a 27-year-old man is believed to be the Jalan Besar unit’s operator and he’s also being investigated under the Public Entertainments Act and Liquor Control (Supply and Consumption) Act 2015.

9 people aged between 20 to 27 were allegedly consuming alcohol and socialising within, CNA reported.

Police view these incidents dimly and warned that offenders will be dealt with in accordance with the law.

There are good reasons as to why public entertainment outlets must have a license.

Such clandestine joints give rise to activities like a lack of social distancing and limits on people allowed within.

As seen in other countries like Taiwan, these places can become huge Covid-19 clusters that are also difficult to contact trace and ringfence.

Therefore, it is not only a public safety but also a health issue we’re dealing with.

We urge everyone to adhere to prevailing measures and not gather in groups of larger than 2 if not with your family outdoors.