40-Year-Old Woman In India Slaps Teen After Being Called “Auntie”, Police Break Them Up 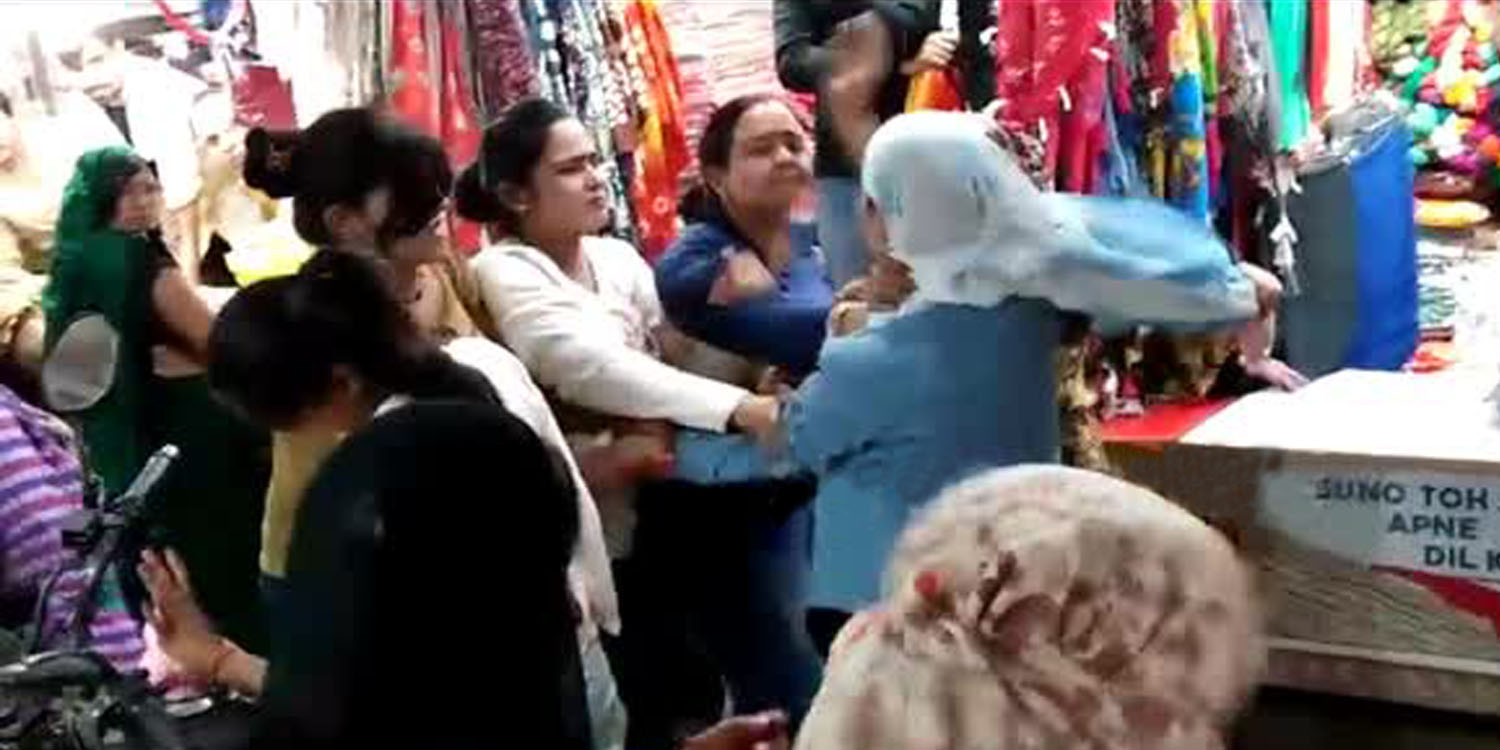 Be careful when you call someone auntie next time.

In Singapore, and many other places, addressing a lady older than you as ‘auntie‘ is common practice. After all, the term is often associated with middle-aged women but might also be interpreted as being — dare I say, old.

For one particular woman in India, the term was apparently, very offensive.

After a 19-year-old girl called her “auntie”, she hurled abuses and slapped the girl, starting a fight. 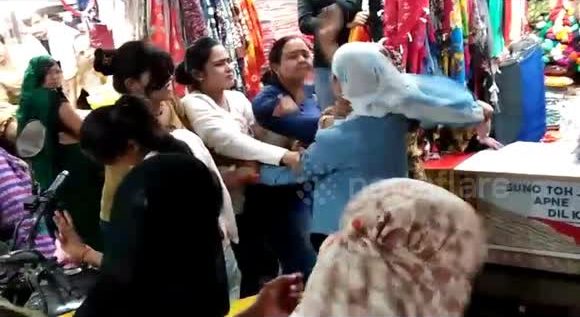 Eventually, police officers were brought in to handle the situation.

Crossing the ambiguous age threshold to be called “auntie” is often a hard pill to swallow for many women.

But for the 40-year-old woman in Etah, India, it was so triggering that she had to start a fight, reported The Times Of India.

Last Monday (2 Nov), a 19-year-old girl was reportedly making her way through a crowded Babuganj Market in Etah, India when she casually said,

She never could have expected what happened next.

Woman starts fight with teenager who called her auntie

Instantly riled up, the 40-year-old woman whom the teen addressed started shouting and hurling insults at the 19-year-old.

Bewildered, the teenager questioned the woman, only to be met by a slap across her face, reported The Times Of India.

A fight soon broke out as the teenager retaliated in the heat of the moment. 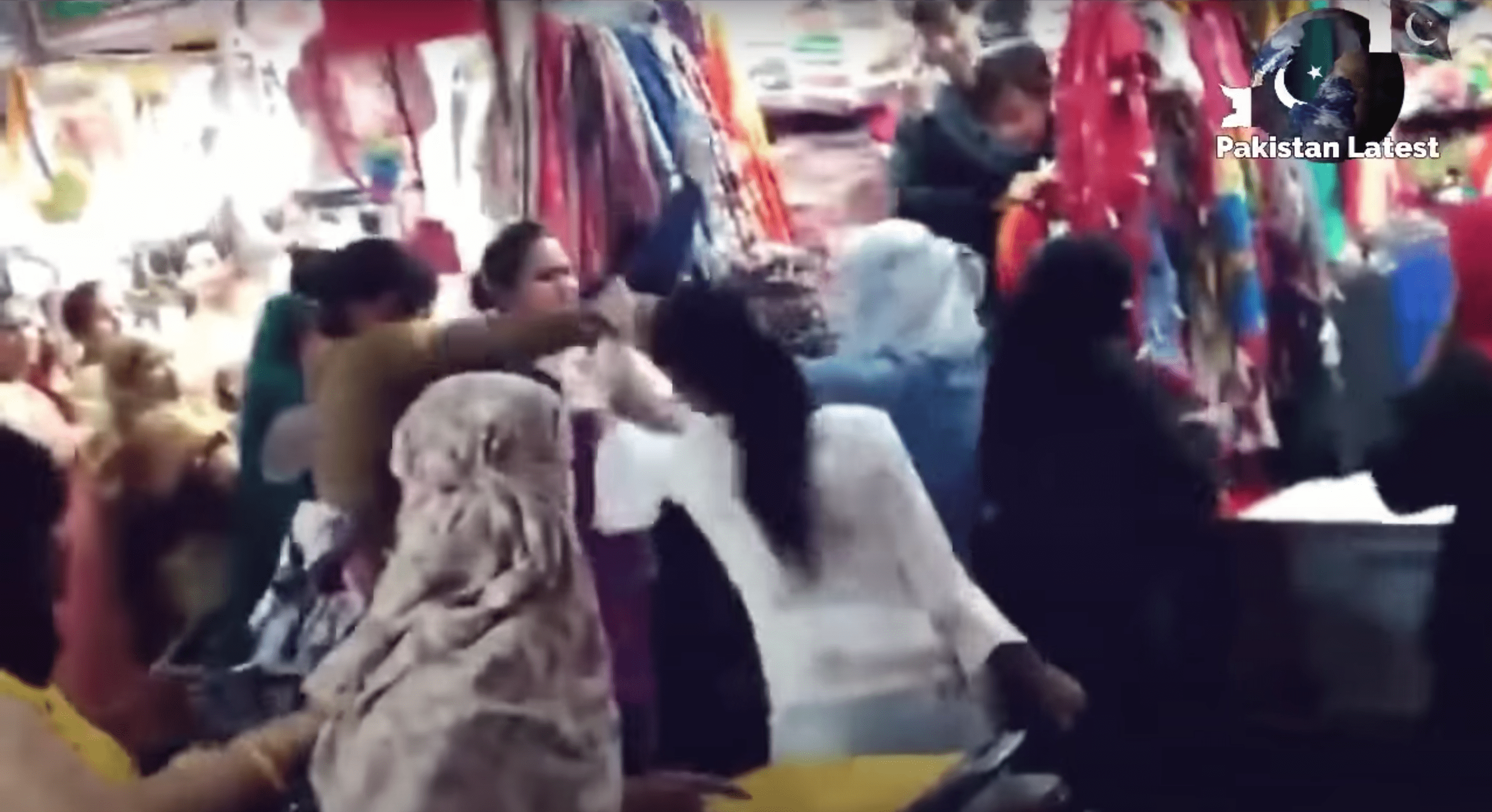 In a video shared by Pakistan Latest, the scene was one of utter chaos.

More people started to get involved as they try to put a stop to the fight.

However, many others merely spectated near the garment shop. 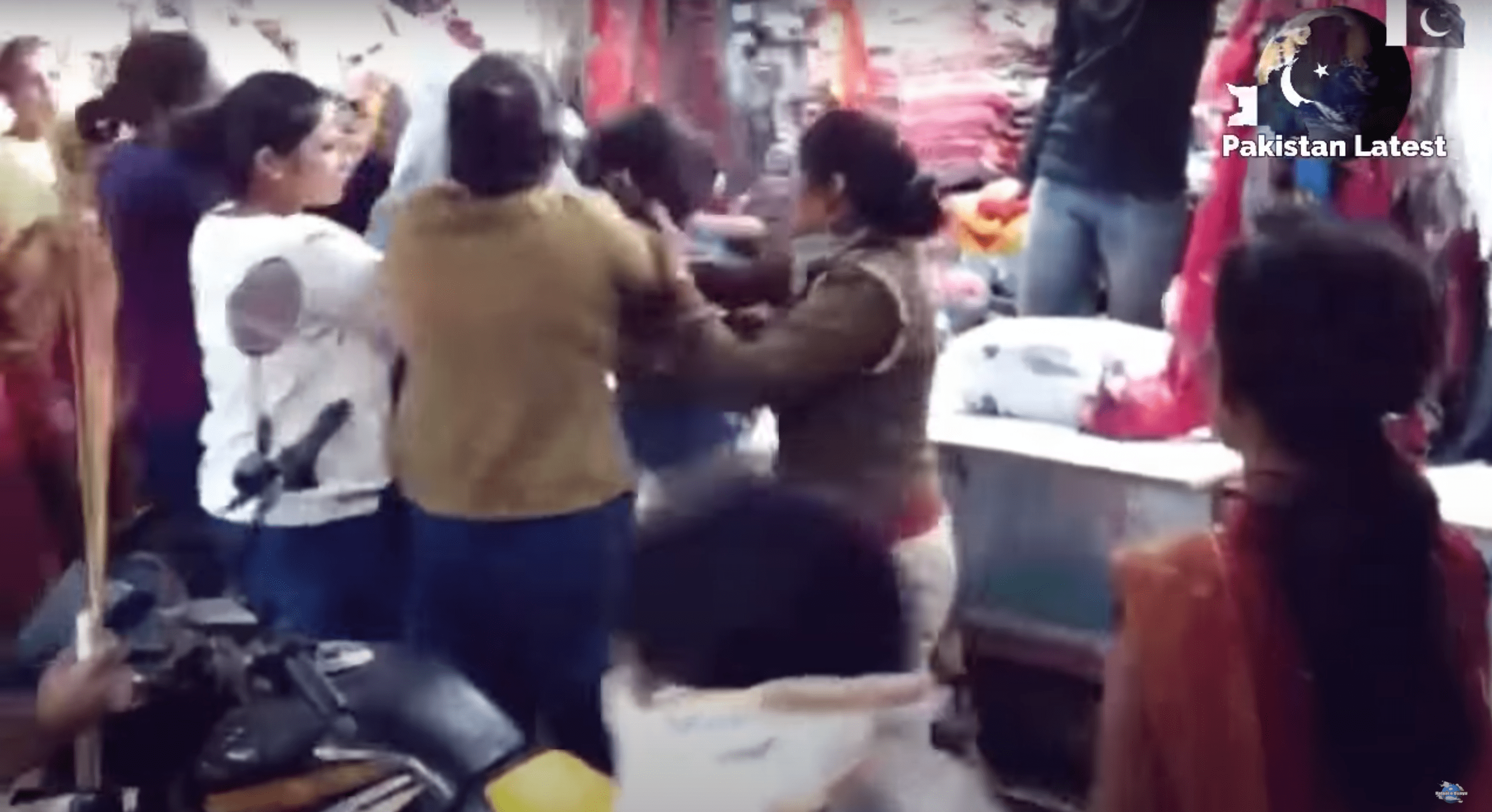 Even the storekeeper, dressed in black, could be seen nonchalantly standing in his stall, knowing better than to get between them.

Eventually, the police had to be called in.

Both women were later brought down to the police station, reported The Times Of India.

However, the pair managed to resolve matters amicably in the end and no formal complaints were lodged.

Be careful the next time you call someone auntie

This incident certainly gives new meaning to the phrase ‘hell hath no fury like a woman scorned’.

Both the woman and teenager are clearly not to be trifled with.

Jokes aside, MS News is glad the incident eventually came to an amicable end.