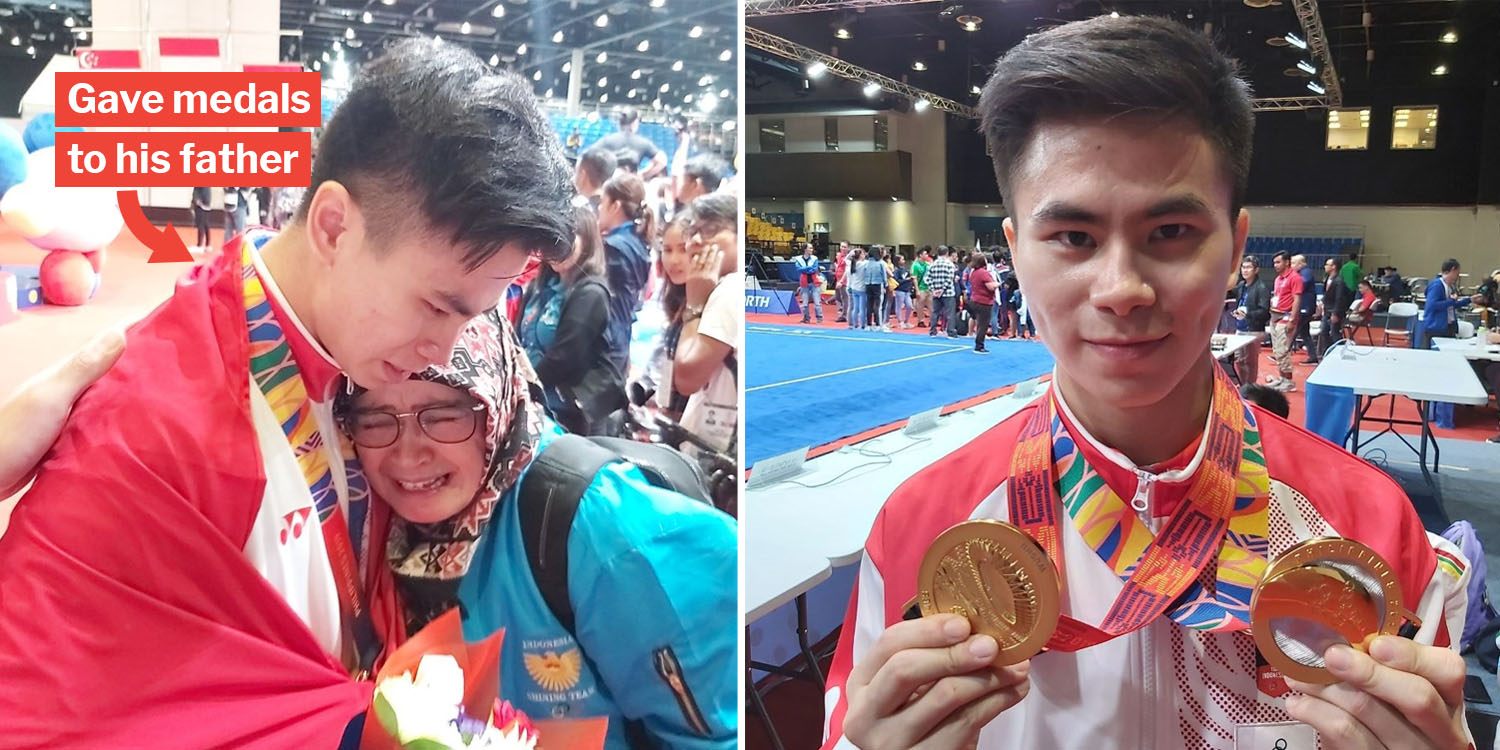 For many athletes, winning a gold medal at a major event is a cause for celebration. Indonesian Wushu athlete Edgar Xavier Marvelo had won 2 gold medals at the 30th SEA Games on Tuesday (3 Dec).

For this athlete, however, his celebration was a bittersweet one. He received heartbreaking news that his father had passed away before his competition, reported CNN Indonesia.

Edgar dedicated his medals to Indonesia and his father, according to the 2019 SEA Games’ official Facebook page.

Edgar represented Indonesia in the Gunshu and Daoshu events for Wushu on 3 Dec, and clinched gold medals for both.

A post on the 2019 SEA Games Facebook page said that “people in his team were in tears after his victory and those were not just tears of joy”.

According to CNN Indonesia, Edgar, who was already in the Philippines, knew that his father had died, and initially wanted to return home but changed his mind and competed.

Knowing that his thoughts would have been on his father, the coaching staff tried various methods to help him focus.

They even asked Edgar to cry and “vent his grief” as a way to cope.

The SEA Games 2019 Facebook page, however, stated that Edgar learnt about his father’s death only after winning the medal. The validity of either account remains unclear.

Dedicated medals to his father

Unlike other winning athletes who celebrate happily, Edgar’s victory came with a tinge of sadness.

He uploaded a picture of him holding up the Indonesian flag on Instagram with the caption: “2 Gold Medals, for Papa”.

He later flew back to Indonesia and laid the medals in his father’s coffin.

Before doctors took his father off life support, Edgar had promised to go through with the competition for him, he revealed in an interview.

MS News would like to congratulate Edgar on his new achievements.

At the same time, we extend our deepest condolences to Edgar and his family during this difficult time.