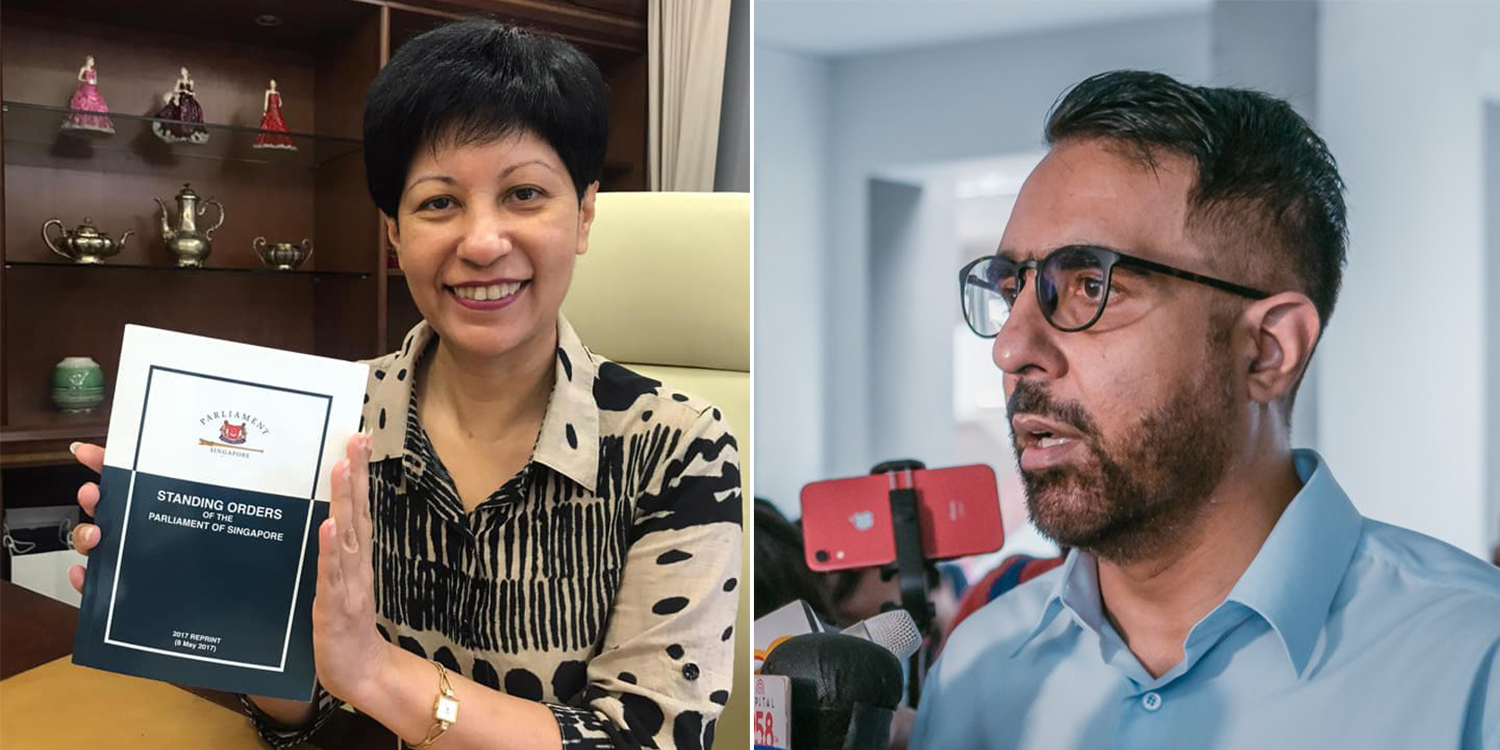 They've exchanged words in Parliament before.

Indranee Rajah Is New Leader Of The House, Will Work With Pritam Singh

There are 4 days left before Parliament resumes on Monday (24 Aug), the 1st after a landmark GE2020.

On Thursday (20 Aug), it was announced that Second Minister for National Development and Finance Indranee Rajah will become the new Leader of the House.

Meanwhile, Prime Minister Lee Hsien Loong has nominated current Speaker of Parliament Tan Chuan-Jin to carry on in the role.

Both of them took to Facebook to express their thoughts on the appointments. 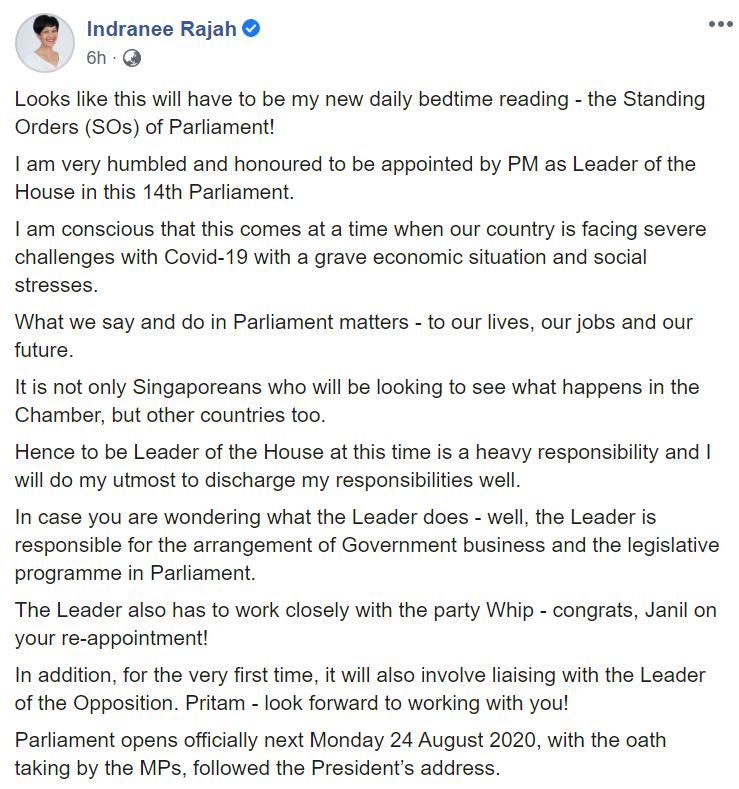 In particular, Ms Rajah said she is looking forward to working with Pritam Singh officially as the Leader of the Opposition.

Ms Indranee shared that she is humbled and honoured to take on the Leader of the House role, and now has to familiarise herself with the Standing Orders (SOs) of Parliament. 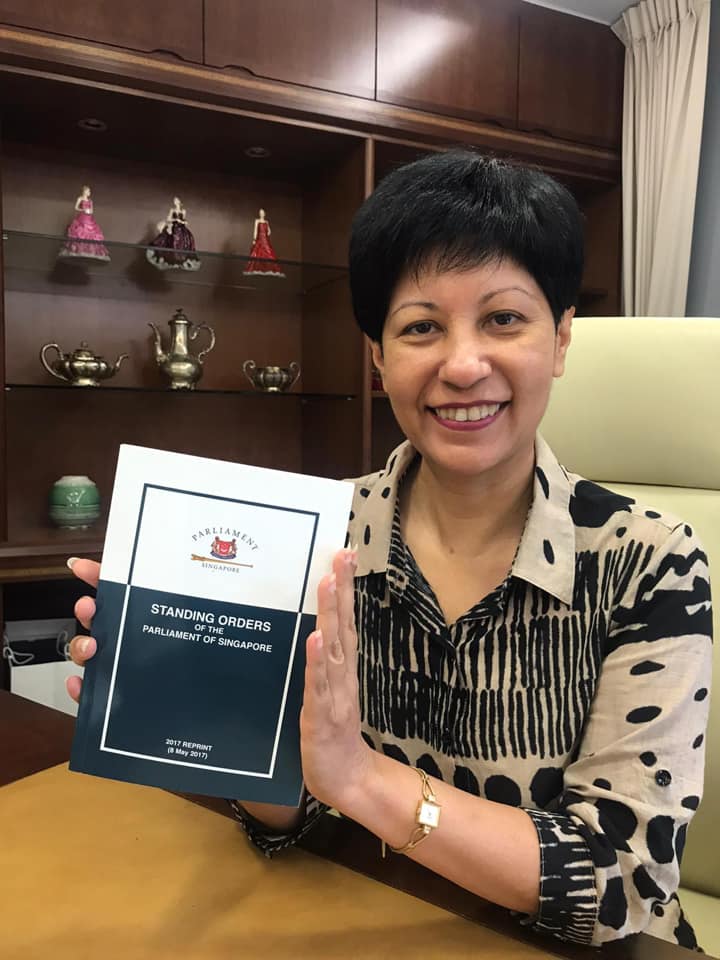 If you’re unfamiliar, the Leader will initiate motions on arranging Government business as well as Parliament programmes.

As such, they need to perform the role wisely, given Singapore currently faces a major health and economic crisis.

There’ll be much to discuss in Parliament as a result, when it resumes on 24 Aug.

As Leader of the House, Ms Rajah will work with both the Party Whip – Janil Puthecheary – as well as the Leader of the Opposition, Pritam Singh. 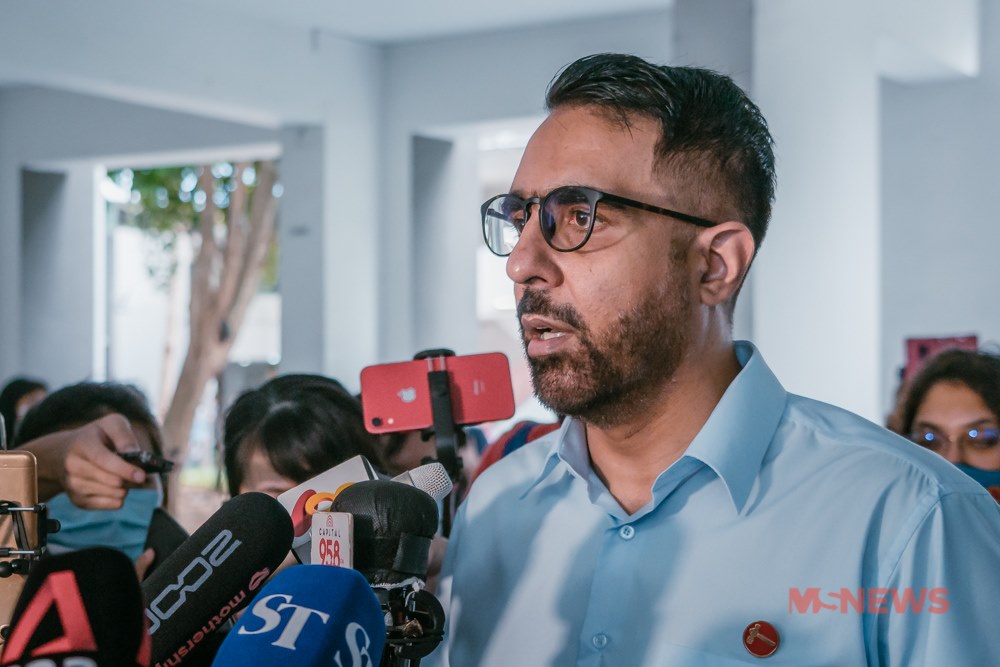 Mr Puthecheary was reinstated as party whip yesterday (19 Aug), while the Leader of the Opposition role is a new one created after GE2020.

Ms Rajah will therefore be the first Leader to work with Mr Singh in an official capacity, and it appears she’s looking forward to doing so.

It seems there are no hard feelings despite the two clashing in Parliament as recently as last year.

Ms Rajah had remarked on the WP’s standard of governance in Parliament being different from that of the Government’s in Nov 2019.

Separately, Mr Tan also expressed his thanks to PM Lee for nominating him for another term as Speaker.

The role is not official yet given Mr Tan will have to pass nominations by his Parliament colleagues.

But if it’s a decision by the Prime Minister, there shouldn’t be any objection.

Mr Tan maintains a working relationship with the Leader of the Opposition as well, having recently talked to Mr Singh.

Although they’re officially from different parties, Parliament officers like Ms Rajah and Mr Tan will have to liaise with all parties present, and not just their party colleagues.

We, too, are looking forward to see how Parliament shapes up in the aftermath of GE2020 by both new and returning MPs.

Congratulations to Ms Rajah and Mr Tan on their nominations.