Must Share News – Independent News For Singaporeans
Home Current Affairs Inmate Does An Amos Yee; Fights Over Banana And Gets Extra Jail... 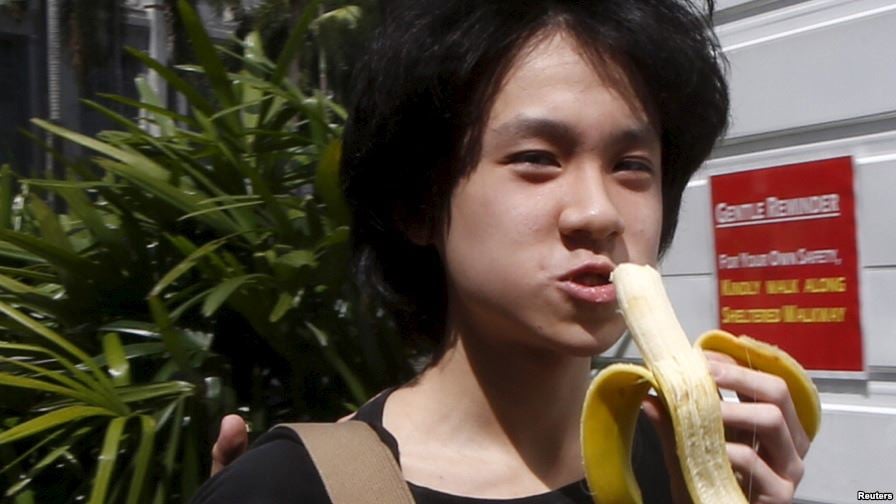 This inmate from Admiralty West Prison takes bananas really seriously — so much so that he went bananas over a banana.

The victim sustained injuries consisting of a fractured nasal bone, jaw and eye-socket as well as broken teeth. Ouch.

He had to be sent to Changi General Hospital where he underwent an operation with general anaesthesia. After 6 days he was discharged and given two months’ worth of hospital leave.

Extra jail term for a banana — was it worth it?

Fazil was given an additional three years’ jail, six strokes of the cane and 59 days’ enhanced imprisonment — when he initially only had to serve a one-month jail sentence for theft.

That means the extra banana cost him 3 years and 2 months.

Looks like Fazil is a classic bad luck Brian. 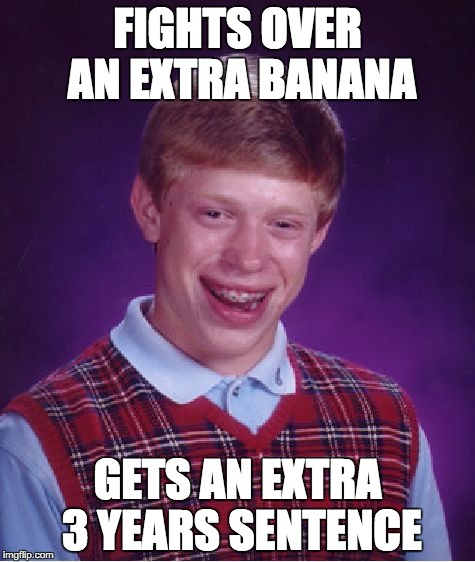 Okay, maybe it was not solely the banana’s fault. District Judge Jasvender Kaur passed the verdict yesterday (10 Feb) after taking into consideration the prison attack on 3 April last year, as well as for another offence of stealing shaving blades from a FairPrice supermarket in Sep 2015 while under remission order. Further, he also committed a third charge of theft last November.

In 1999, he was also found guilty for a similar prison attack causing grievous hurt.

Was it Amos Yee?

…others were more in the know about his whereabouts.

Meanwhile, this netizen has a rational explanation for this illogical matter.

He said that it was “not about [the banana] but “self pride [and] esteem”, which kinda makes sense.

Give this guy a break?

Is an extra banana for three extra years of sentence worth it?

This guy seems to have overreacted and caused a huge amount of damage and does have a track record of hurting others.

Thus, the court is wise to take into consideration that this case wasn’t about a single banana.

Featured image via Voanews
With reference to The Straits Times, The New Paper