Must Share News – Independent News For Singaporeans
Home Inspiration Humour Istana Wants To Hire A Chef, But Forgets President Halimah Is A... 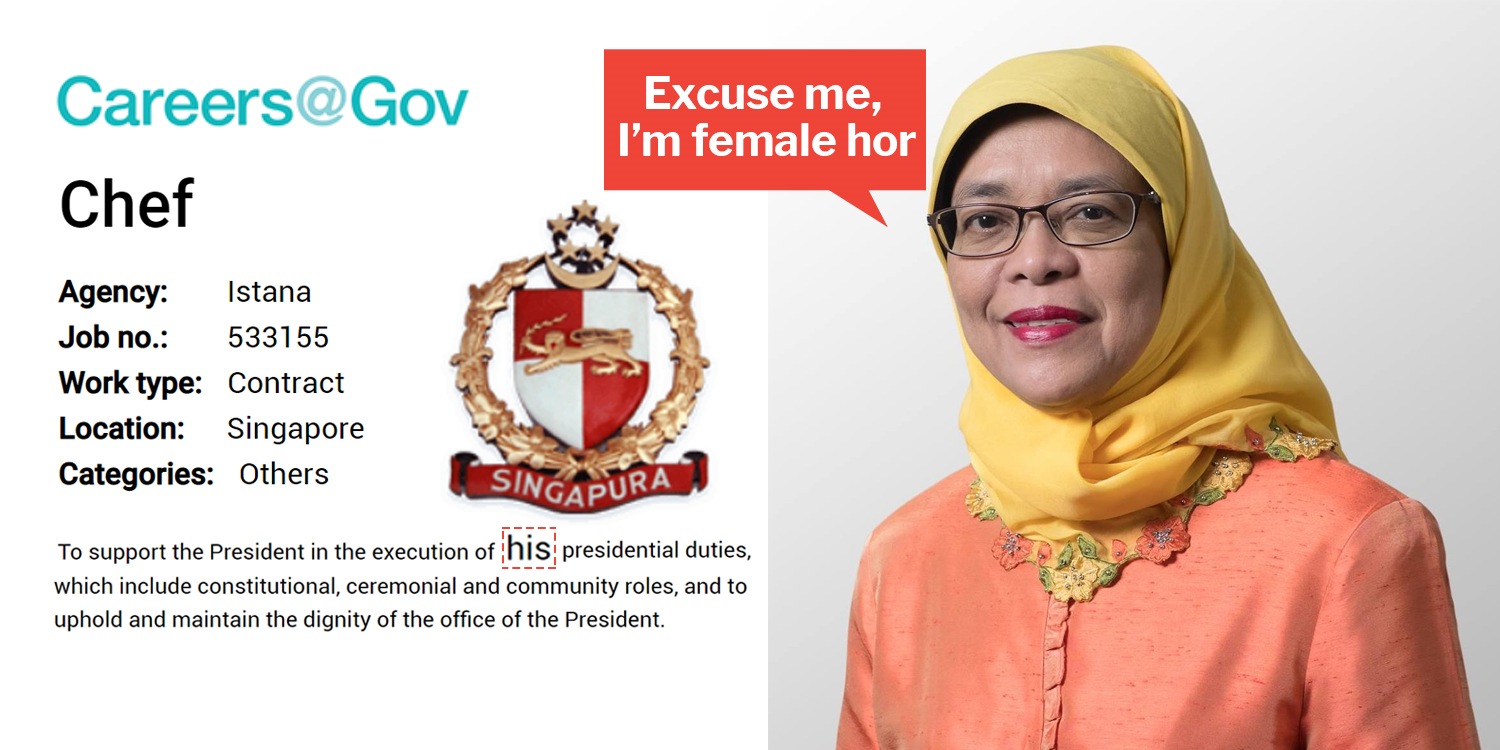 As far as government jobs are concerned, nothing beats the prestige of working in the Istana. 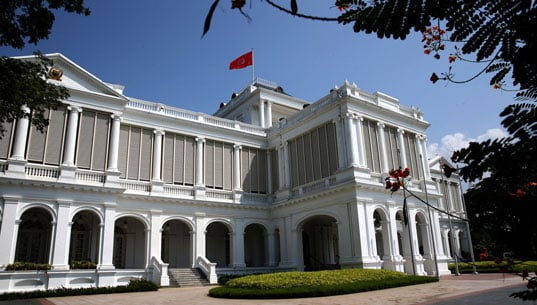 Coincidentally, one of our team members was checking out an official government job portal when he chanced upon a rather intriguing job listing — Istana is hiring a chef. So being the inquisitive fella he is, our colleague clicked on the advert to find out what being an Istana Chef entails.

Everything appears fine at first. The successful candidate gets to plan the daily menu, and even cook up a feast for “various events” — sounds like every aspiring chef’s dream job. 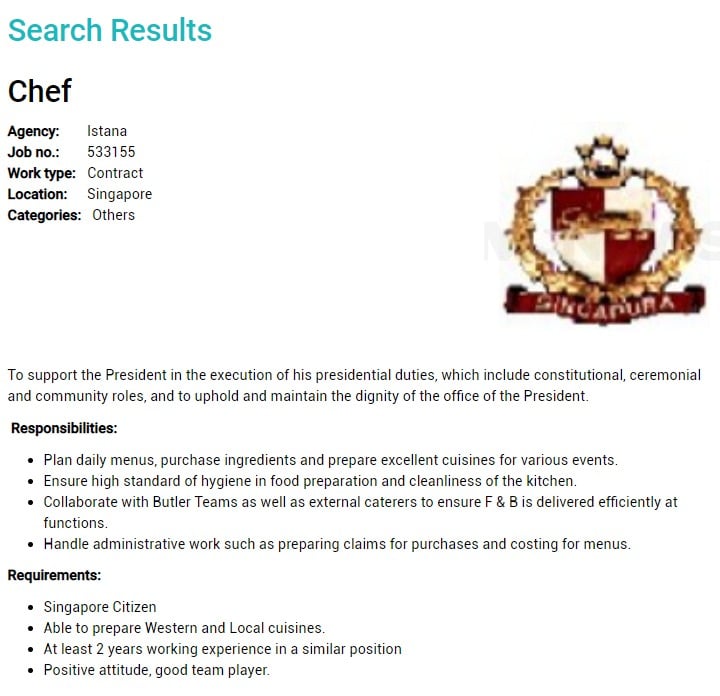 But all of a sudden, he spotted something on the listing that raised more than a few eyebrows.

We won’t spoil it for you just yet, but we’ll give you a clue.

It lies within this seemingly harmless sentence.

Looks like there may be one more vacancy to fill soon — the staffer behind this post who kinda forgot President Halimah is female.

Istana refers to President Halimah as a ‘he’

That’s right, the official job listing on a government portal refers to our President as a male, which really shouldn’t be the case. 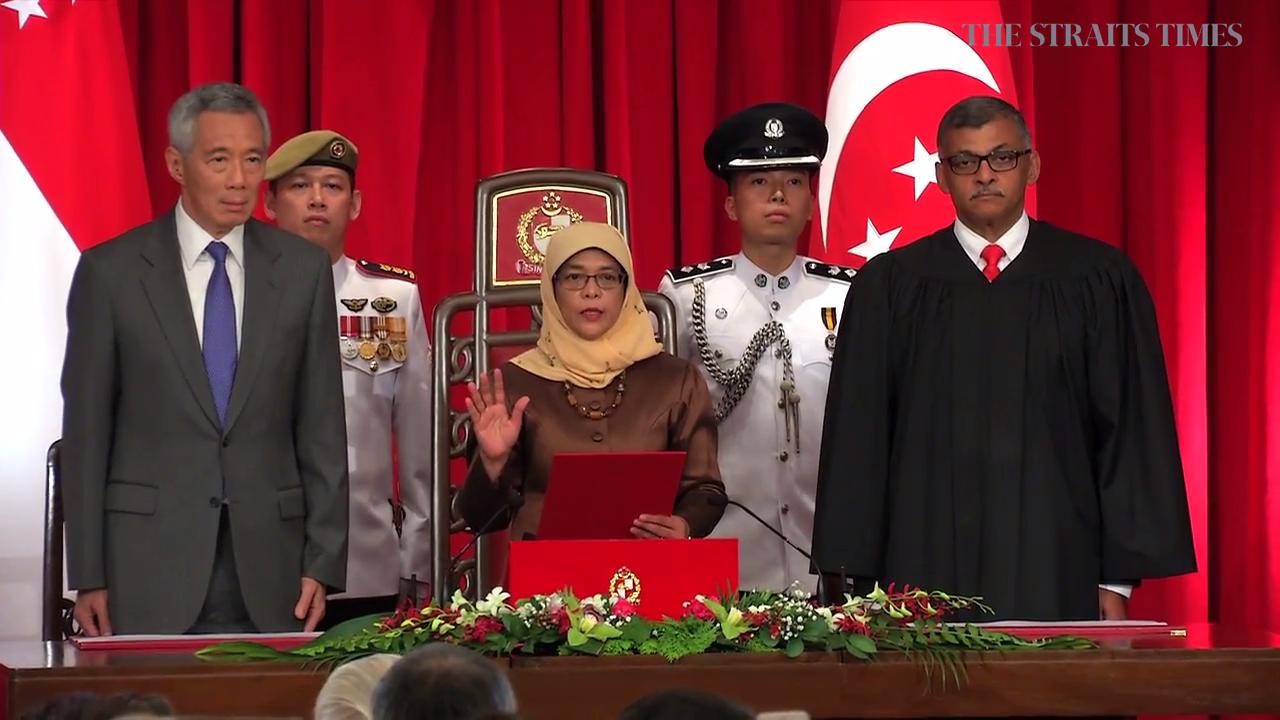 We thought it was an honest mistake, so we looked at the other listings — one for a Butler position while the other for a Gallery Officer.

And guess what? Both of them have the same description as the one in the chef recruitment post.

You know what they say, one’s an incident, two’s a coincidence, and three’s a pattern. 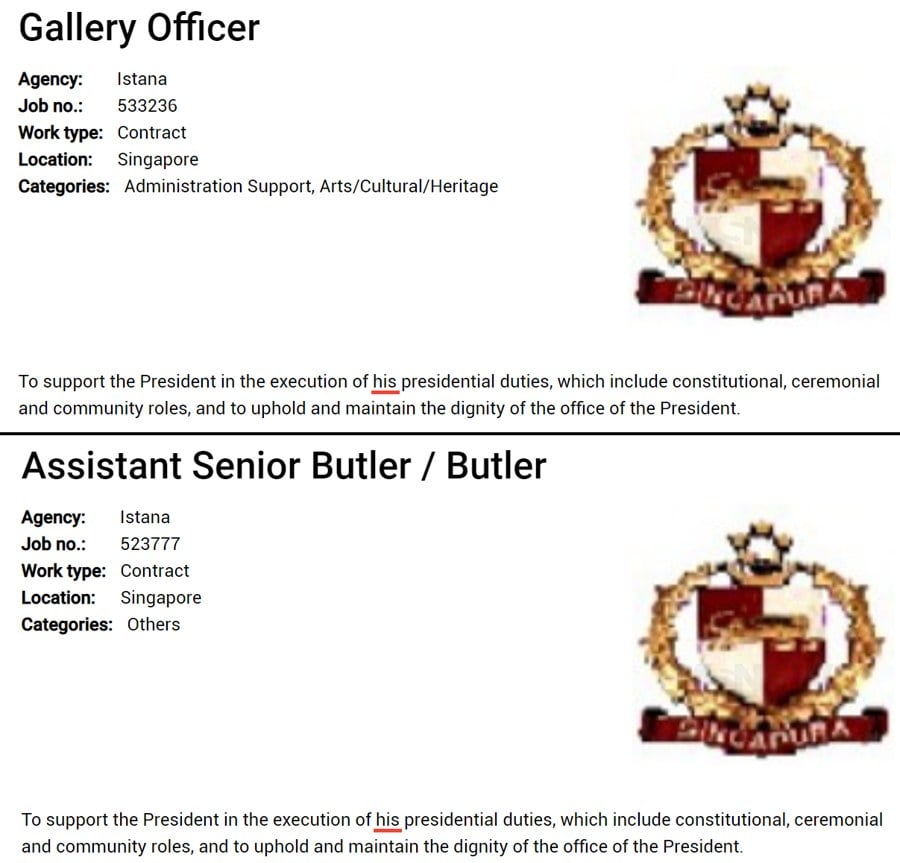 Surely, the Istana wouldn’t make a mistake like that, we thought. So maybe there was something we weren’t seeing.

Turns out, words like “he” and “his” can also be used as a gender-neutral pronoun, especially in “formal English“. Although to some, this constitutes a “violation of gender agreements”.

This begs the question — why is there a need for the Istana to use a gender-neutral term in this case, where President Halimah’s gender is as clear as day?

Cooking at the Istana is a great honour

Jokes aside, working as a cook at the Istana is a rather prestigious job.

But to qualify for the job, you’d first have to meet these requirements:

For a glimpse into what working in the Istana Kitchen is like, check out this interview from The Straits Times.

Though somewhat embarrassing, it is likely that the folks from the Istana used a stock description. After all, the 7 Singapore Presidents that served before President Halimah have all been males, so there was hardly any issue. 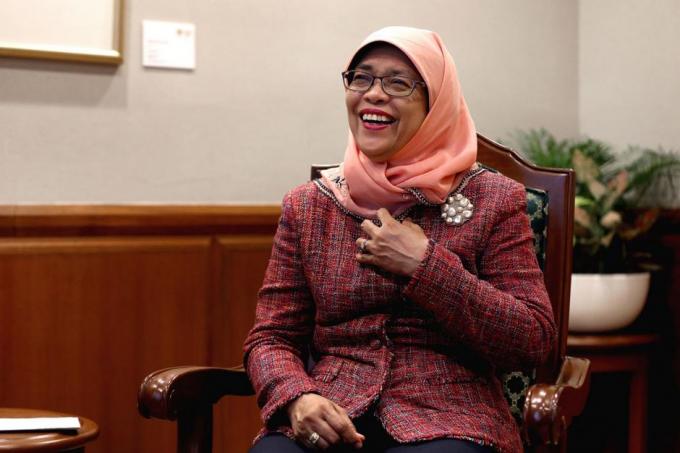 We’ve reached out to The Istana for comments and will update this article with their reply.

Oh, and if you’re eyeing that chef position, all the best, and remember not to refer to President Halimah as a ‘he’ in your cover letter. All the best in your applications.