In its latest episode titled “Breakups”, local DJ Jade Rasif recounts an epic tale of how she had her ex-boyfriend fired after breaking up over a chicken drumlet dispute.

You can watch the video in full here, which at the time of writing ranks 7th on YouTube’s trending list.

Otherwise, we cut to the chase and summarise Jade’s hilarious breakup story down below.

How to “ruin his life”

Even though Jade did not disclose the exact identity of her ex, she labelled him as being a “famous DJ”. 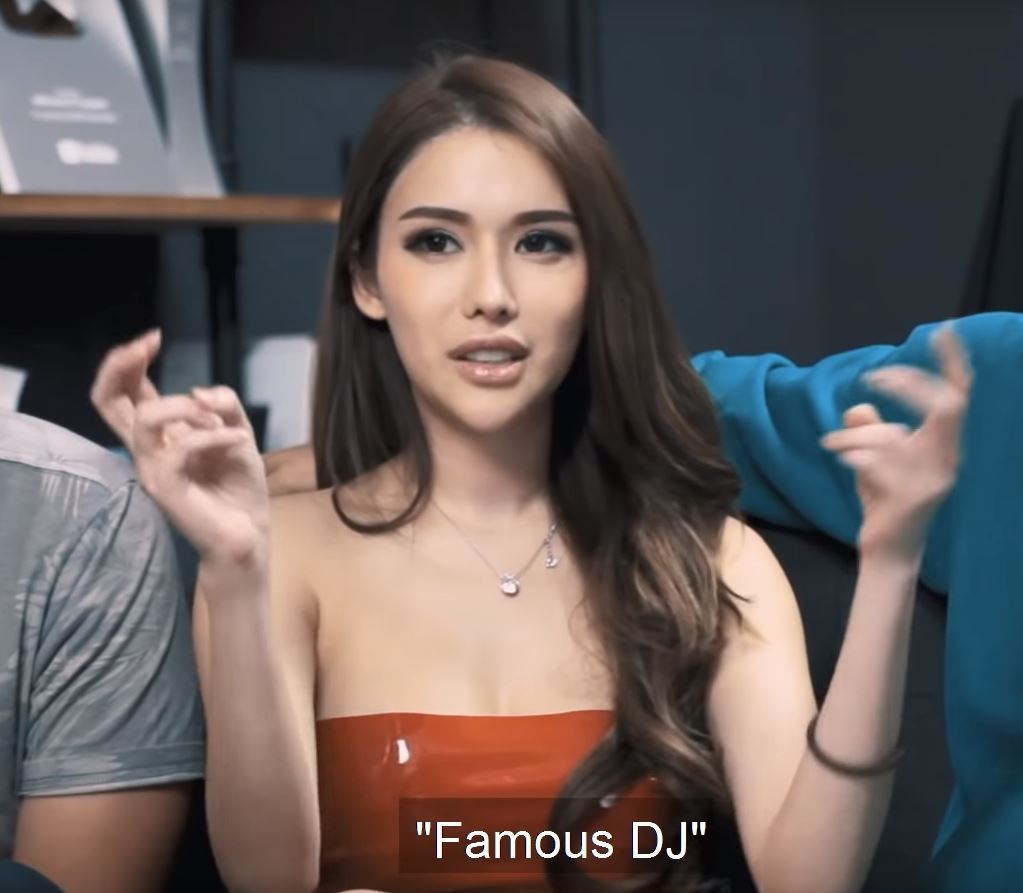 She later withdrew that comment, claiming that she was “just kidding”. But given the reactions that she received from her co-hosts, we think the pair worked in the same industry.

Anyway, after breaking up with Jade, Mr Famous DJ started seeing another girl who happened to be an acquaintance of Jade’s.

Feeling angry and vengeful, the younger Jade started plotting on how she could “ruin his life”.

Lost his job and house

For starters, Jade managed to get him fired from his job.

But that’s not all. Since Mr Famous DJ was working in a home office where he stayed and worked in the same quarters, he essentially got thrown out of his house as well.

In her defence, Jade later claimed that her ex was “bitching” behind her back and even went to Jade’s employers telling them that Jade was “not a real DJ”.

Without a place to stay, Jade’s ex had to cramp all his belongings – including a mini fridge – into his car.

After suffering Jade’s wrath, he drove over to her condo and requested for a meet-up to patch things up and hopefully regain his job.

But since he was already attached to Jade’s acquaintance, he had to break up with her first.

And so he did — over the phone.

Most would have expected some good faith from Jade’s at this point, but no. Not only did Jade refuse to get back together with him, she also did not help him get his job back. 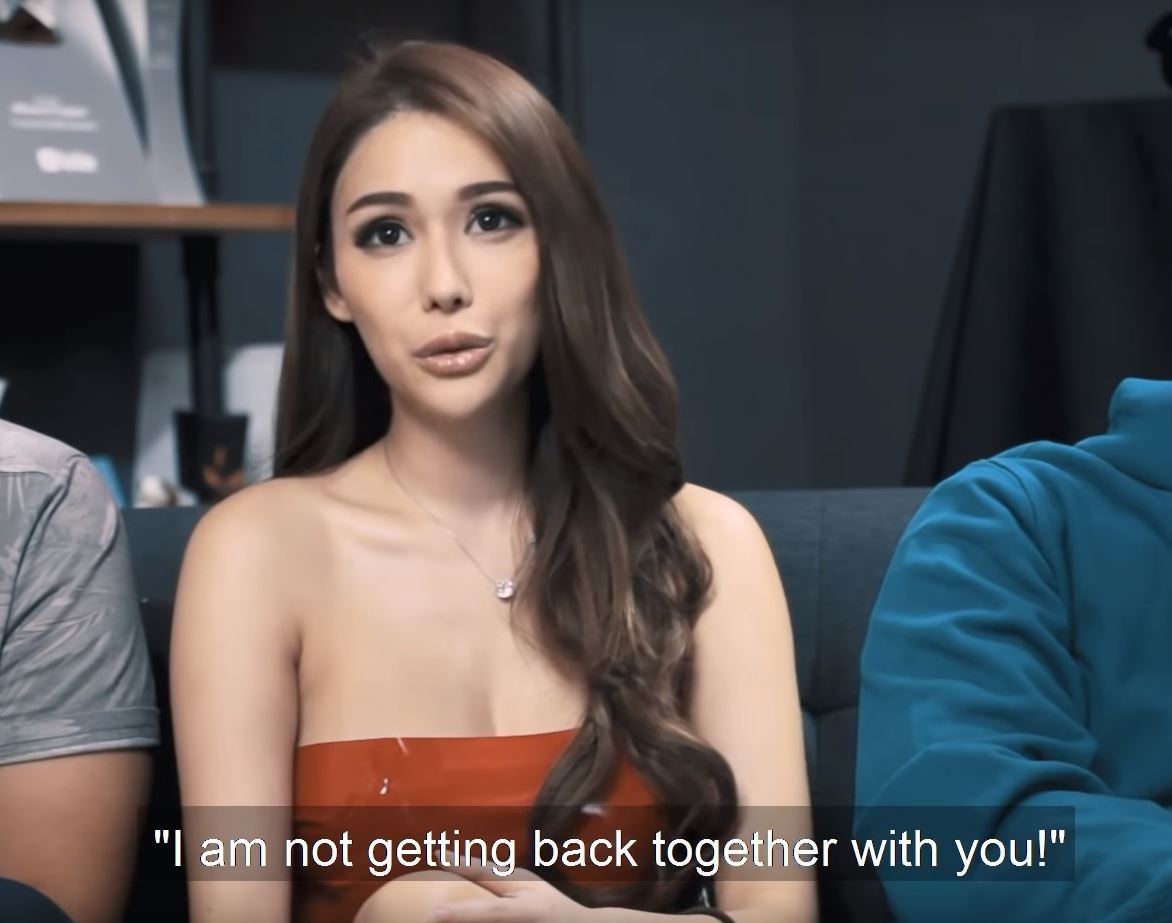 You must be wondering what Mr Famous DJ did to deserve such cruel treatment from Jade. Well, that’s a story on its own, but here goes.

No, I don’t want the chicken

So Jade and her ex were in a shop and her beau asked if she wanted anything to eat.

Mr Famous DJ then decided to get himself some chicken drumlets, so he asked Jade if she wanted some for herself too.

Jade declined the offer and said that she was good.

Her ex asked her once again, this time adding,

You want, you better say now. I’m not gonna share with you.

Jade stuck to her previous reply and turned down the offer once again.

But now I want the chicken

The pair eventually returned home. All of a sudden, Jade realised she craved chicken drumlets badly. 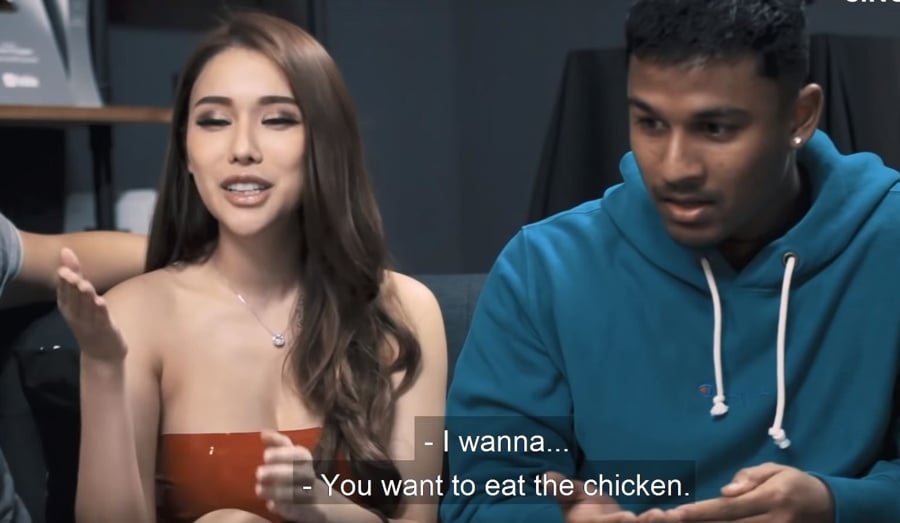 This was when things started heating up.

Understandably frustrated, Jade’s ex told her off, saying that he should have said so while they were still at the shop.

Jade got pretty livid at her ex’s pettiness and said,

Jade then proceeded to lick every piece of her ex’s chicken in the box, further agitating him.

“If you walk out, then we’re over”

Jade’s ex was presumably someone who was extremely hygiene-conscious because the next thing he did was attempt to walk out of the apartment.

At this point, Jade warned,

If you walk out, then we’re over.

Jade’s ex didn’t heed her advice and went out of the house anyway.

Turns out, Jade’s ex went off to buy Jade a new box of chicken, but by the time he returned to the house, Jade was already nowhere to be seen.

A big argument then ensued, and the couple ended up breaking up.

That’s arguably one of the most dramatic breakup stories that we’ve heard in our lives.

If there’s one lesson that we can all learn from this, it’s surely the fact that hell hath no fury like Jade Rasif scorned.

That said, do you agree with Jade’s actions? If you know of other epic breakup stories, share them below too!