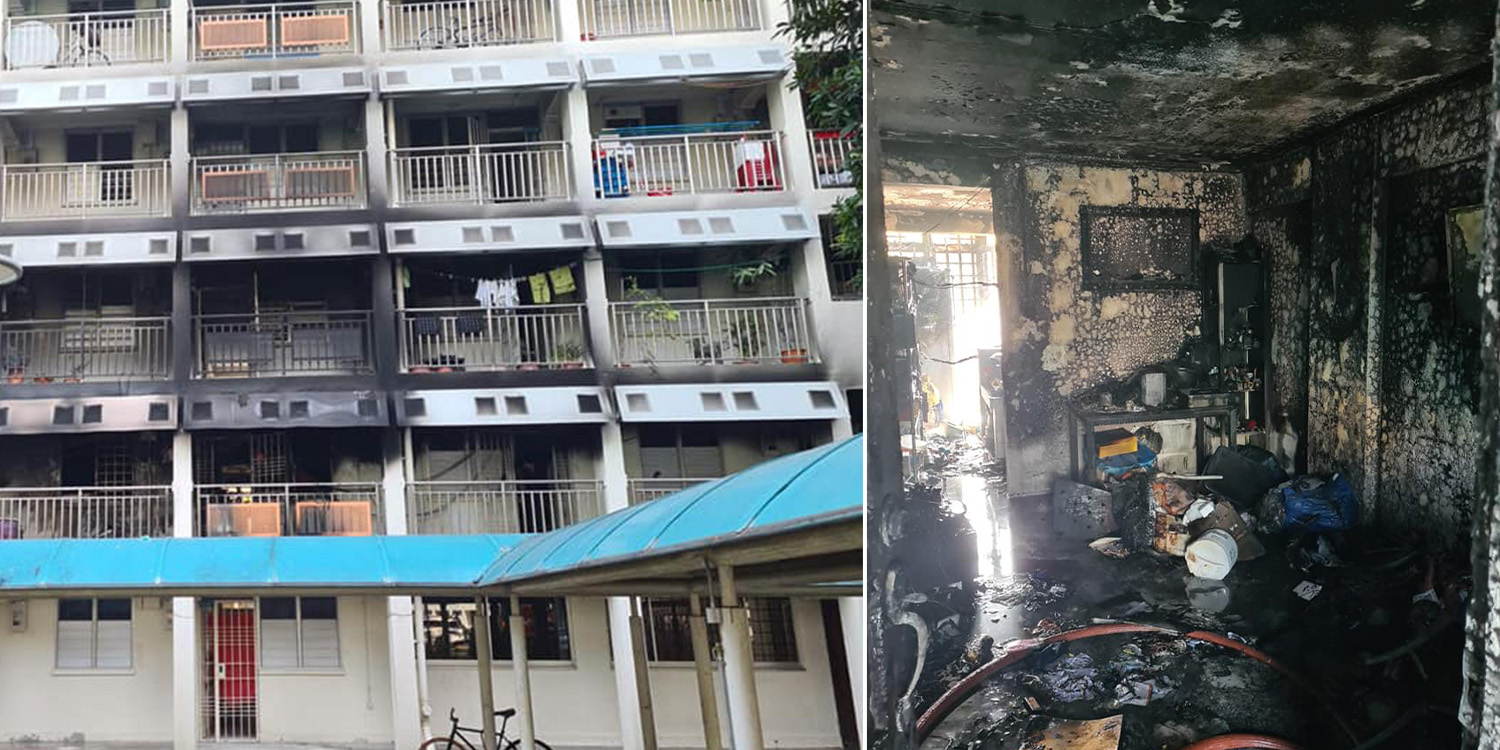 We wish all affected a speedy recovery.

Feb has unfortunately been a month of accidents and tragedies, and on the last day, we sadly received news of another one.

A fire took place at a HDB flat in Block 22 Jalan Tenteram, located in Whampoa, and SCDF attended to both the fire and the occupants who had evacuated before they arrived. 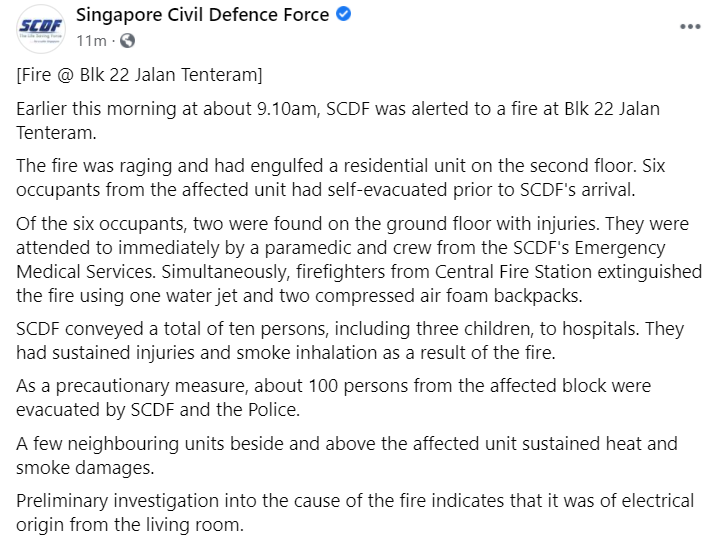 A total of 10 people were taken to hospital due to injuries and smoke inhalation.

On the morning of 28 Feb, when most people were either chilling at home or having breakfast at the coffee shop, a fire broke out at Block 22 Jalan Tenteram. 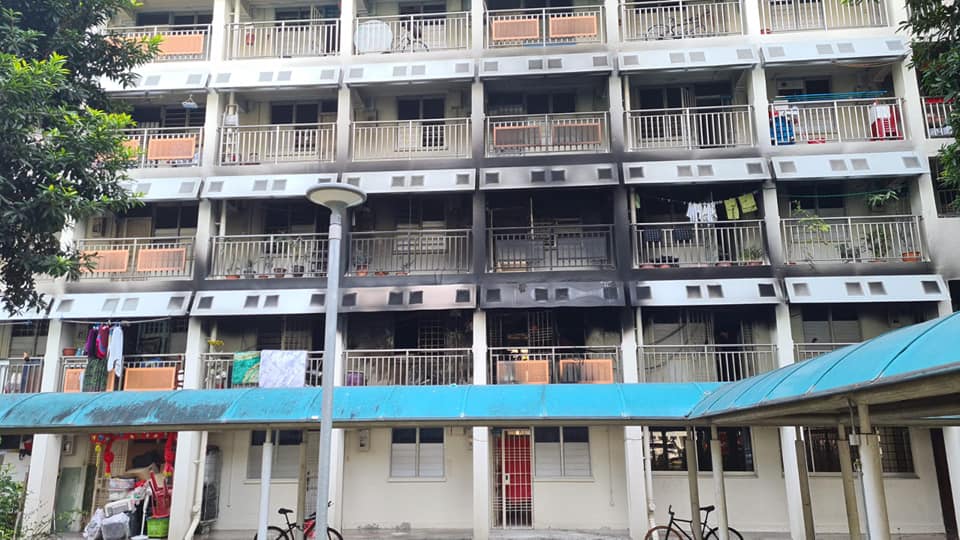 A video shared by Kowpehkowbu SG shows a 2nd-floor flat engulfed in flames, with sirens wailing in the background. They reported that 6 residents had evacuated from the flat before SCDF’s arrival.

However, 2 of them were found on the ground floor with unspecified injuries.

An SCDF paramedic as well as other crew from SCDF’s Emergency Medical Services attended to the injured, while firefighters extinguished the fire with 1 water jet.

2 compressed air foam backpacks were also used to put out the fire.

A total of 10 people were taken to hospital, with 3 of them being children.

SCDF said that they had injuries and inhaled smoke resulting from the fire, which affected some other units and resulted in heat and smoke damages.

As a precaution, SCDF and police evacuated about 100 persons from the block.

The cause of the fire was of electrical origin from the living room, SCDF said.

The damage within the affected flat was most evident, with much of the room’s items and walls charred from the fire. 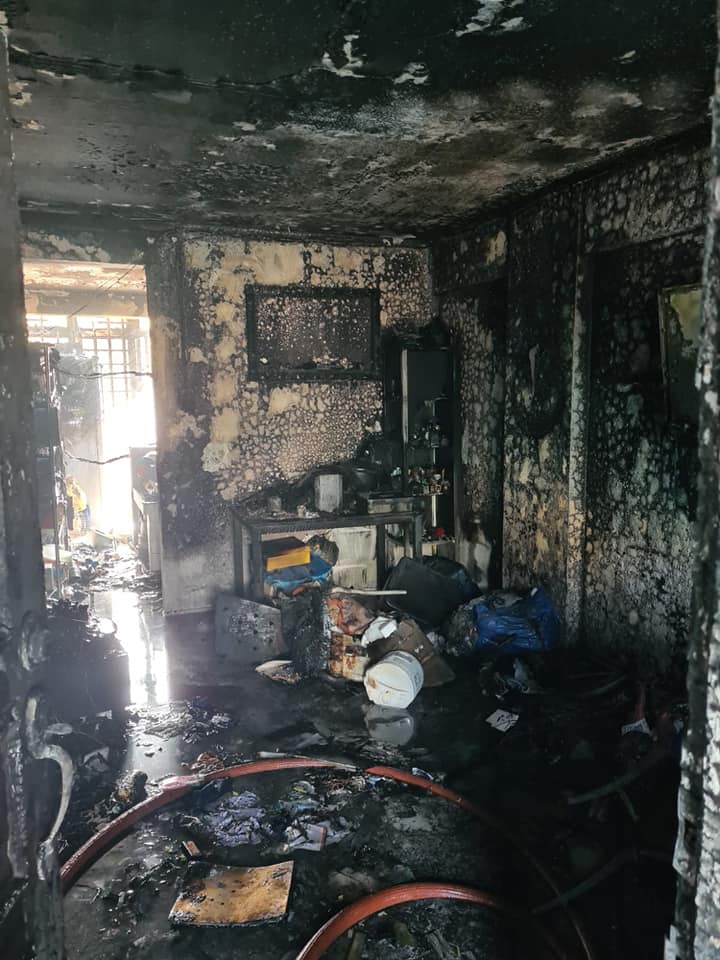 One shot focused on the wall-mounted TV, which is almost definitely unusable now. 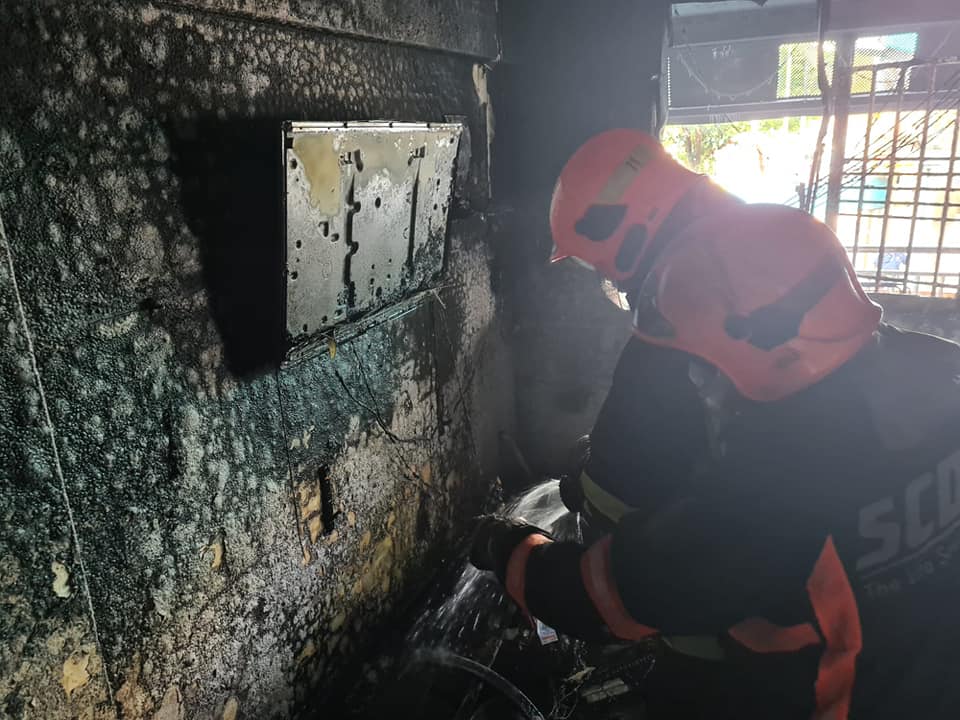 Speedy recovery for the injured

While the exact origin of the fire isn’t fully pinpointed yet, a house fire is always a taxing burden for those involved, especially its occupants.

There are several issues to solve, including where to stay, and the costs of replacing and renovating the flat.

Another concern is that there were several people injured in the fire, and we wish all of them a speedy recovery.

Hopefully, they’ll get all the help they need.