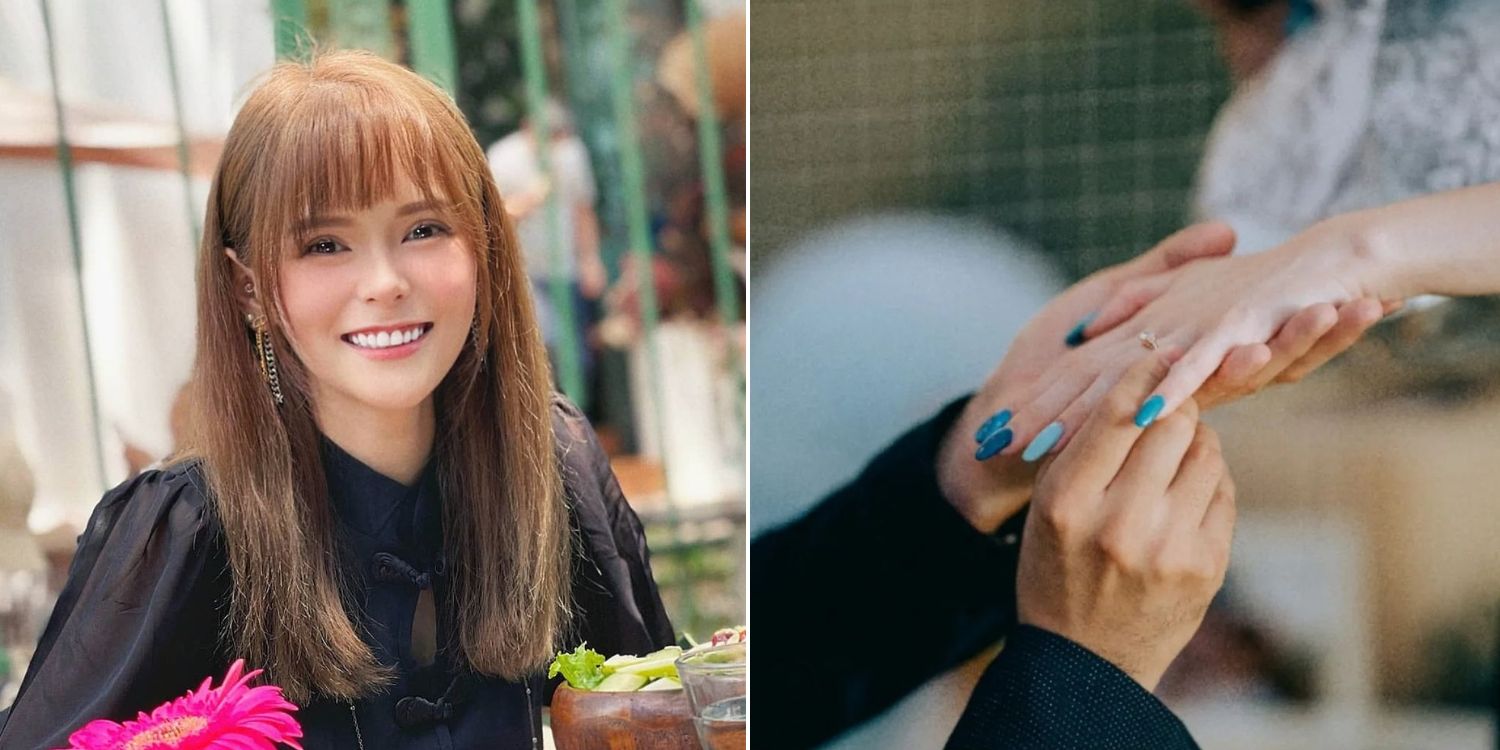 Her new beau surprised her with a proposal sometime in mid-2022.

Losing someone whom you saw as a partner for life is one of the most difficult things to experience.

It can be tough to pick yourself up and continue with life after that, but happily, Jayley Woo has managed to do that.

The local actress has revealed that she’s not only engaged, but also expecting. 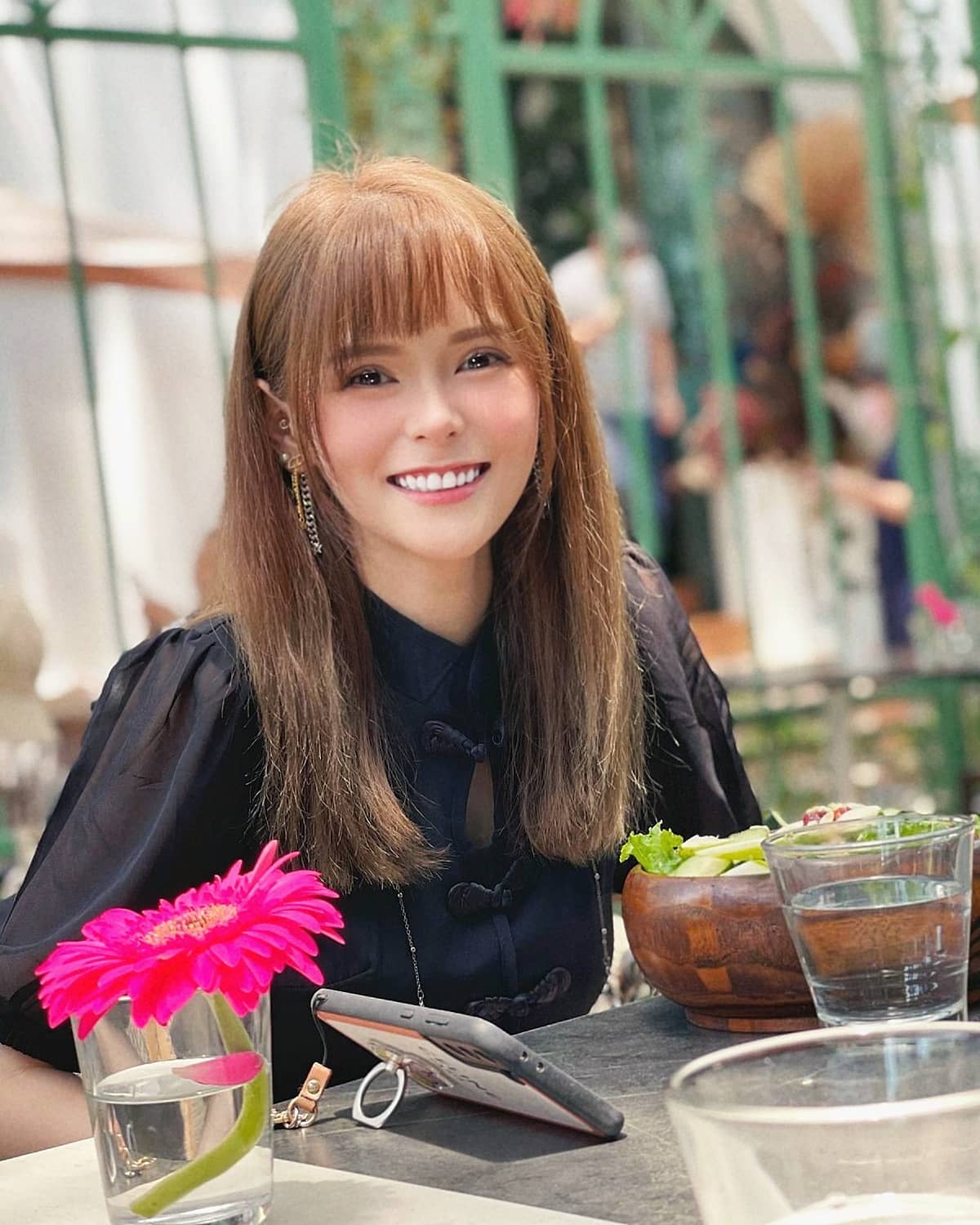 This time her fiancé isn’t an actor, but works “behind the scenes” in the entertainment industry, she said.

Jayley, 30, announced the doubly good news in an Instagram post on Sunday (23 Oct), introducing the man who will “spend the rest of her life” with her.

This was posted alongside a video clip of the couple’s shadows as they rode a motorcycle, with the lucky lady giggling. 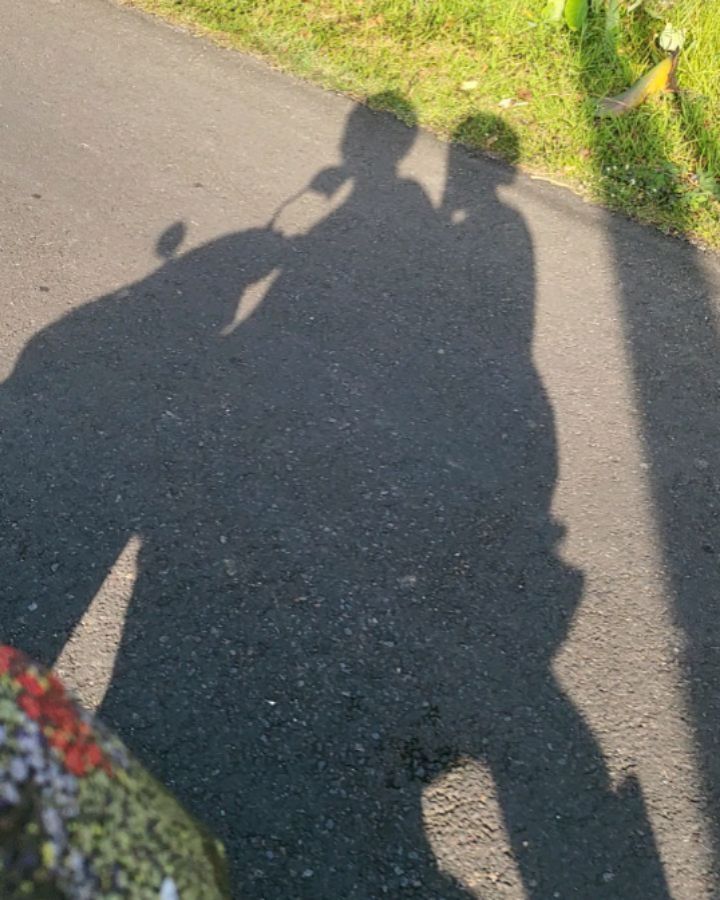 Identifying him only as Mr Tan, she thanked him for giving her a reason and courage to live.

She admitted that she’d been depressed at times, but her beau never gave up on her even when she hated herself the most.

He also doesn’t care about her flaws and her past — referencing her widely reported romance with late actor Aloysius Pang.

Apparently, today is Mr Tan’s birthday and she thus took the chance to wish him a happy birthday.

Besides the new man, Jayley will have another addition to her life soon.

In her post, she included a photo of an ultrasound scan clearly showing a baby, indicating that she’s in the family way. 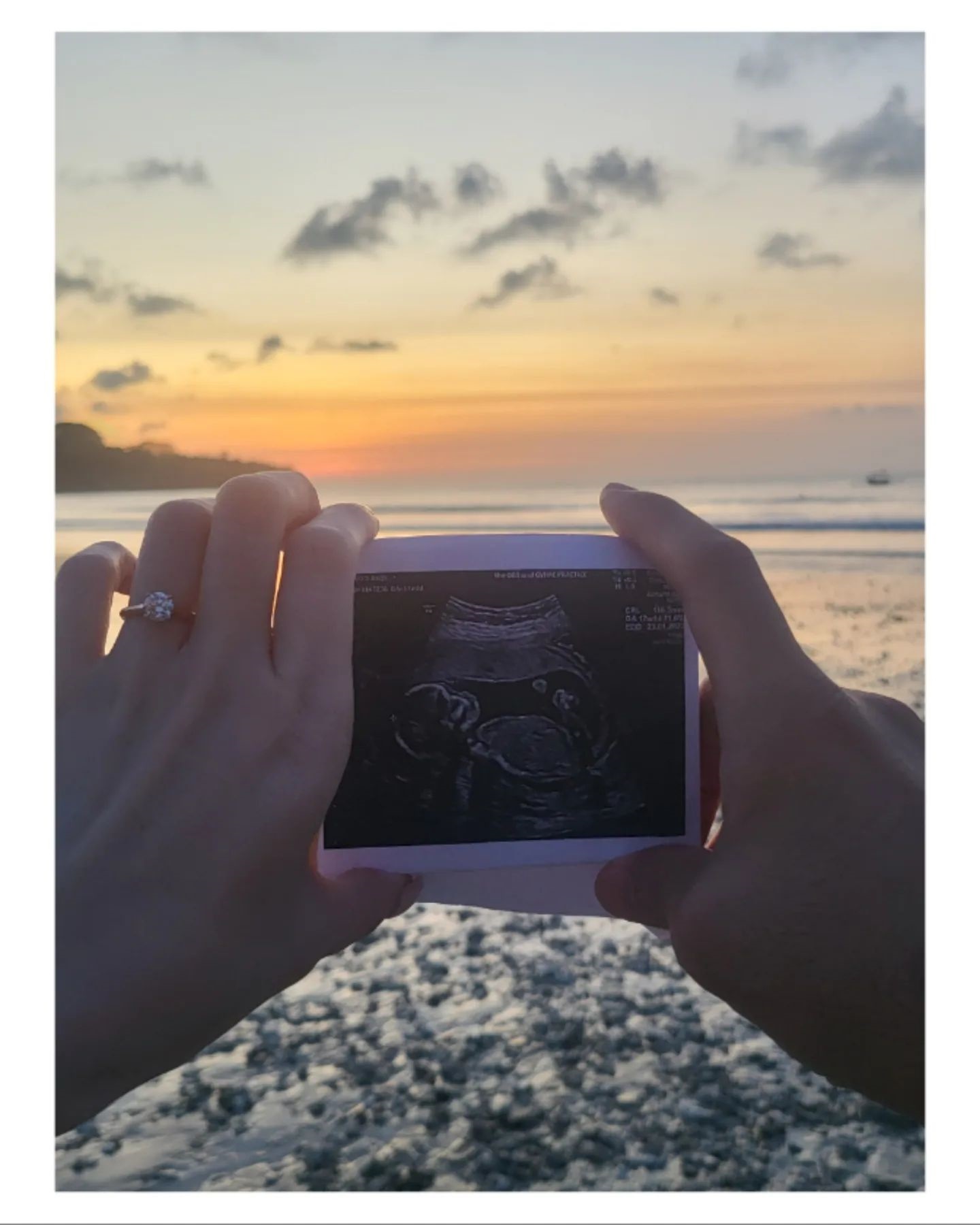 It was Mr Tan who helped her finally realise her dream of starting a family, she blissfully divulged.

Jayley Woo engaged to man about her age

When MS News reached out to Jayley, she was coy about Mr Tan, saying that he’s about her age.

They got to know each other through a mutual friend, and have been seeing each other “for awhile now”.

Though he’s in the entertainment industry like her, she would reveal only that he works “behind the scenes”.

Jayley Woo got engaged in mid-2022, wedding is next year

As for the engagement, it was apparently as dramatic as some of the shows she’s appeared in.

Jayley confided that sometime in the middle of this year, she was under the impression that she would be attending a dinner between friends.

However, Mr Tan surprised her by popping the question to her then, and the rest is history. 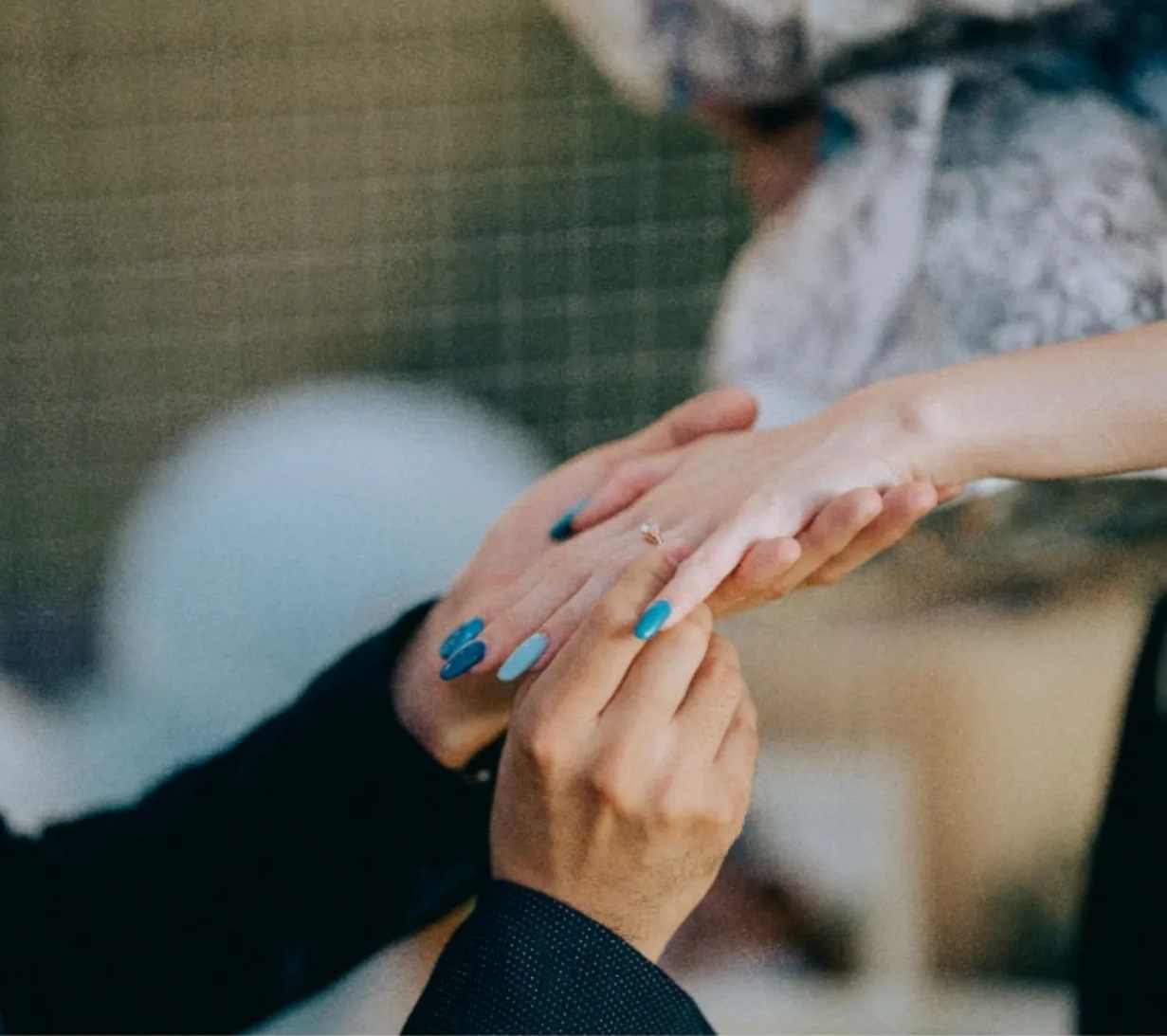 Better yet, shortly after the engagement, she found out that she was six months’ pregnant, she said.

The wedding is scheduled for sometime next year, though nothing is confirmed yet, she added.

Of course, many would know that Jayley had dated Aloysius Pang until his untimely death in 2019.

While their relationship wasn’t revealed to the public before the incident that took his life, Jayley was visibly distraught at his death, posting long spiels on social media.

On his 30th birthday in Aug 2020, she posted a heartfelt tribute on Facebook, showing that she was still thinking about him.

That may be why she shared her doubts in her latest post, revealing that she wonders whether she deserves to be happy and to love and be loved.

Though she still doesn’t have a definite answer to these questions, she won’t let down the people who love her, she said.

Now we know that one of them is Mr Tan.

Aloysius has always been in her heart

From the comments on Jayley’s post, most netizens and fellow actors were glad to know that Jayley has found happiness.

However, some might wonder whether this means that Aloysius has receded into the background. 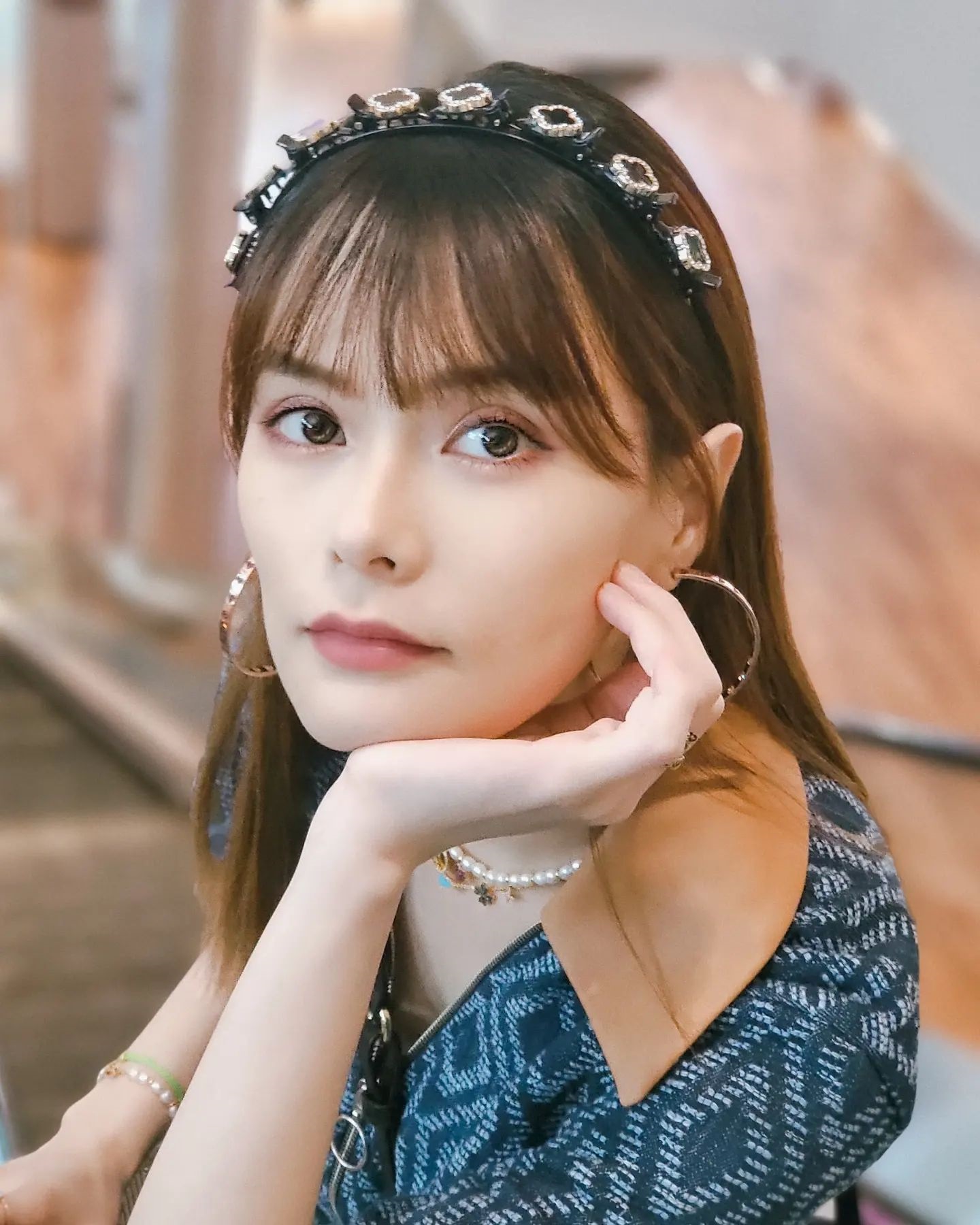 She said this isn’t the case, assuring us that “♥” has always been in her heart and she will never forget.

Jayley and fans have been using a black heart in tribute to Aloysius as black was his favourite colour.

Saying she’s very happy now, she thanked everyone for their concern and support, adding she’ll work hard to be a good daughter, sister, friend, actor, wife and mother.

Almost four years after Aloysius’ death, some might have been concerned over Jayley’s state of mind, so the happy news will bring cheer to many.

While she will definitely remember Aloysius forever, she deserves a fairytale ending too.

MS News sends our congratulations to Jayley. We wish her and Mr Tan everlasting happiness.