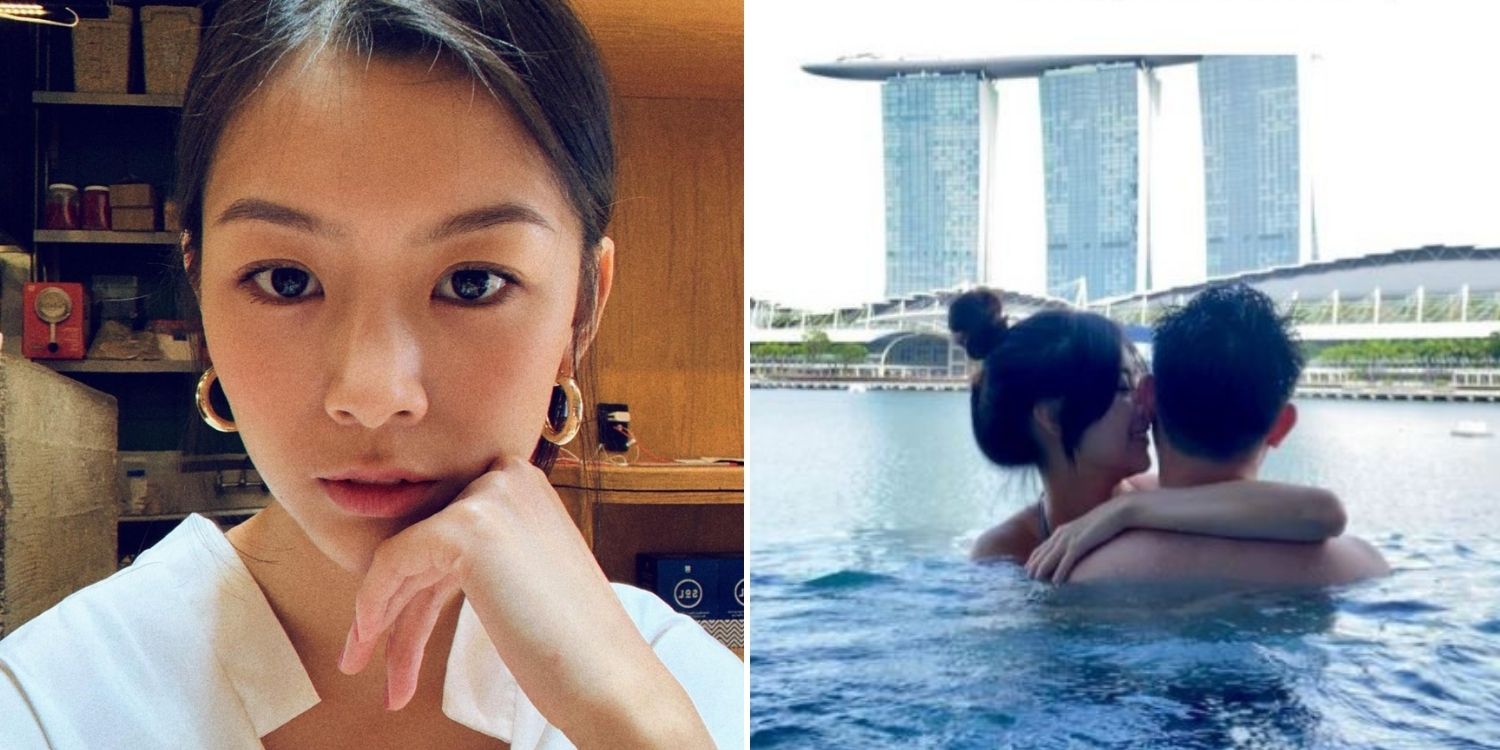 The couple were together for almost 3 years.

Ms Raybe Oh recently returned to Instagram after 7 months of inactivity and has so far been candid about life since a tragic car accident in Tanjong Pagar claimed her fiancé.

She gained plaudits for rushing into the blazing car in an attempt to save him, and she’s since told netizens that she doesn’t regret it at all. 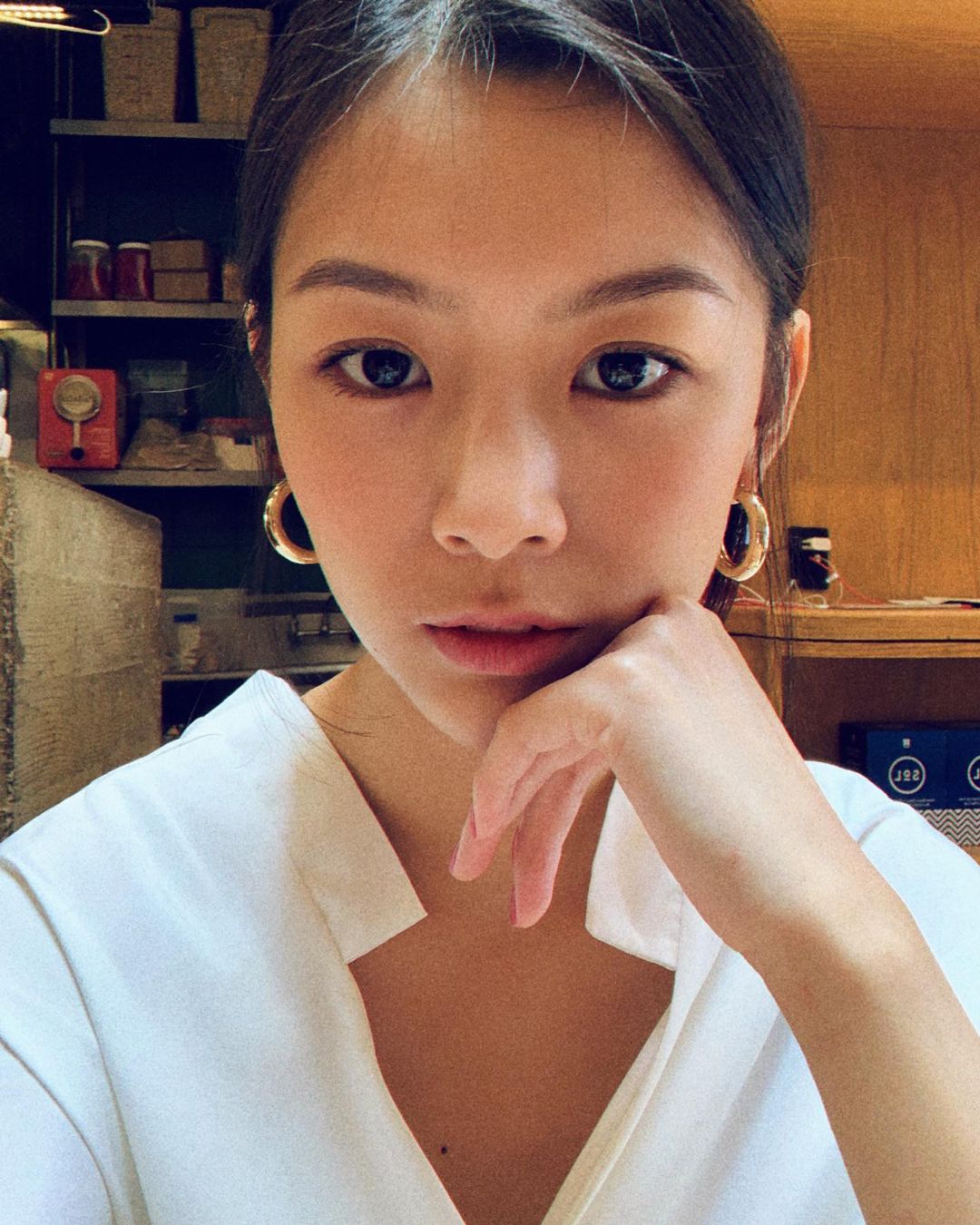 This is despite having to endure no less than 32 surgeries during her 4 months in hospital.

Raybe is back in hospital

In a series of Instagram Stories posted on Saturday (11 Dec), Ms Oh revealed that she’s been back in the hospital.

As she was feeling bored on Day 18 of her latest stay, she invited netizens to ask her a few questions. 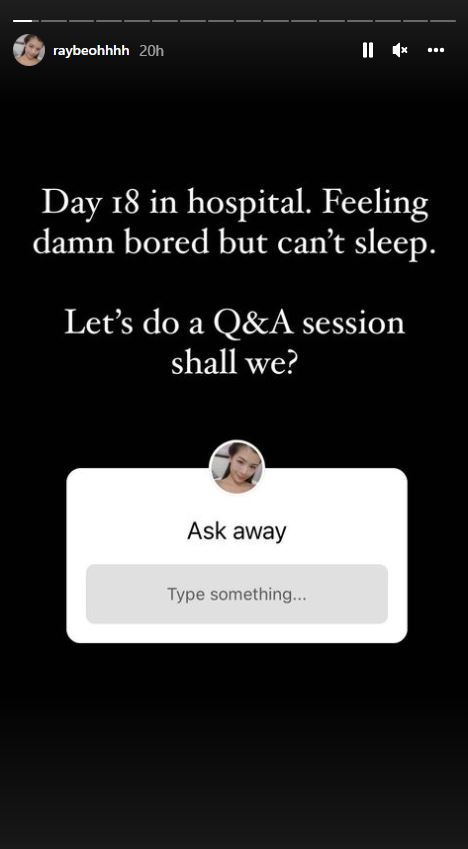 One took the chance to ask her how she’s recovering so far, to which she posted a series of graphic photos of injured hands – though they appeared to be photos taken from the Internet. 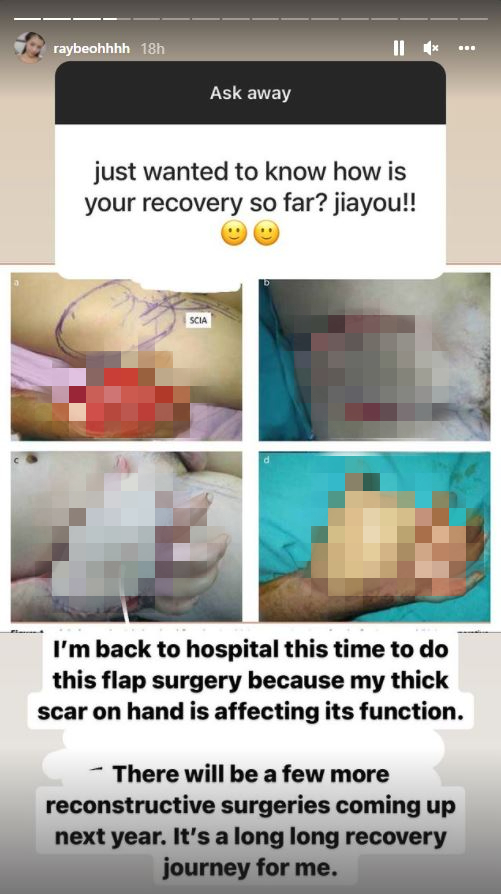 She revealed that she had to go back to the hospital for reconstructive surgery as the thick scar on her hand was affecting its function.

Hospital stay was the toughest period

Besides her current hospital stay, Ms Oh also shared her recovery process, saying that she was warded for 4 months after the incident.

This was the toughest period of her life, she added, as one of the procedures she had to undergo was intubation due to an injured respiratory tract rendering her unable to breathe.

That means a tube was put down her throat, and a ventilator pumped in the air to make it easier to get it in and out of her lungs. 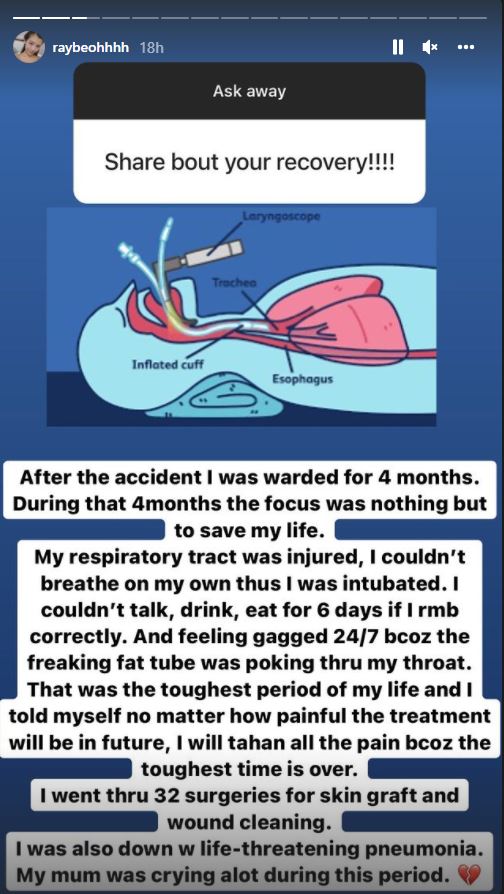 That caused her to be unable to eat, drink or talk for 6 days and feel gagged.

Besides that, she endured a total of 32 surgeries and came down with pneumonia that could have taken her life.

It also took a toll on her mother, whom she said was “crying a lot”.

The incident also affected her ability to sing, as her throat was hurt from the intubation. 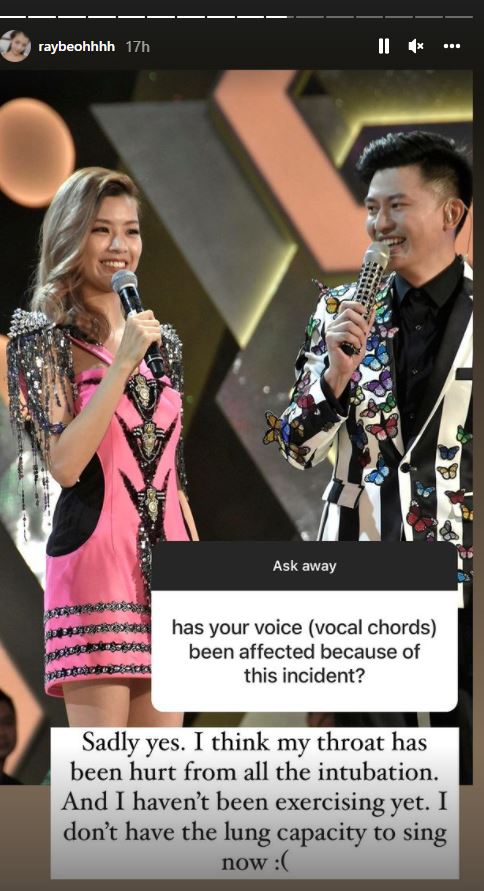 Hospital bills came up to half a million

Another painful fallout of the incident is the amount of hospital bills she racked up—more than half a million, or $538,057.05. 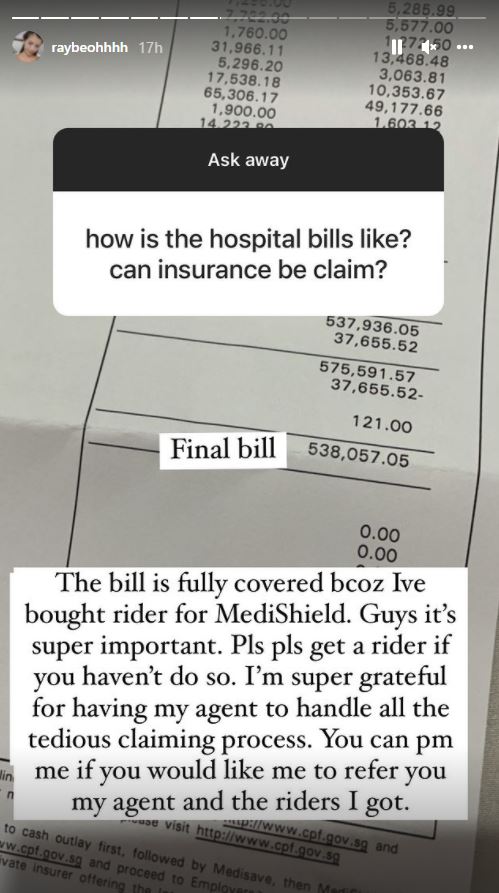 Thankfully, she bought a MediShield rider—an optional add-on purchased on top of an Integrated Shield Plan (IP) that covers a larger portion of your medical bills.

That means her bills were fully covered, and thus she advised people to get a rider.

She would try to save her fiancé again

Despite all the suffering, Ms Oh said she would go through it all again. 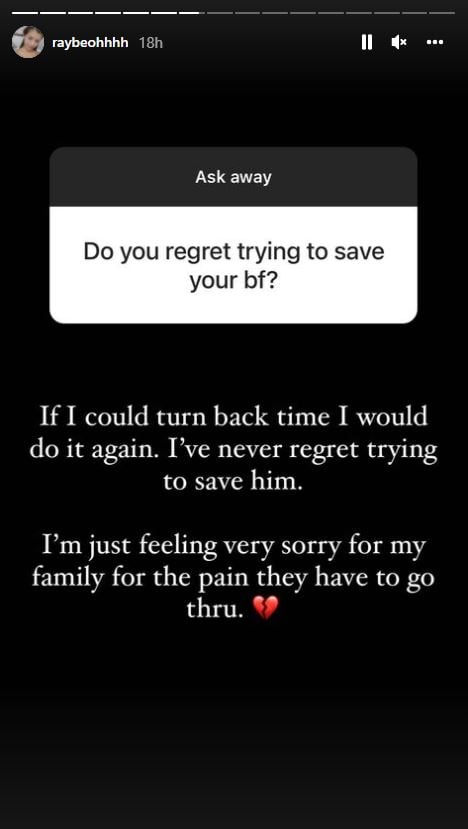 She’s never regretted trying to save him from the fiery inferno one bit.

However, what she did feel sorry for was her family, for putting them through so much pain.

Hours later, she clarified that she doesn’t see herself as a heroine and has set a bad example by not abiding by the law.

Also, of course, she would stop her fiancé from driving a fast car if she could turn back time. She still stood by her claim that she didn’t regret trying to save him because she would do such a thing for love.

Raybe was with her fiancé for almost 3 years

Ms Oh obviously still has her deceased fiancé in her heart, as they were together for close to 3 years.

Sharing another photo of the ill-fated couple, she said 21 Apr would’ve been their 3rd anniversary. 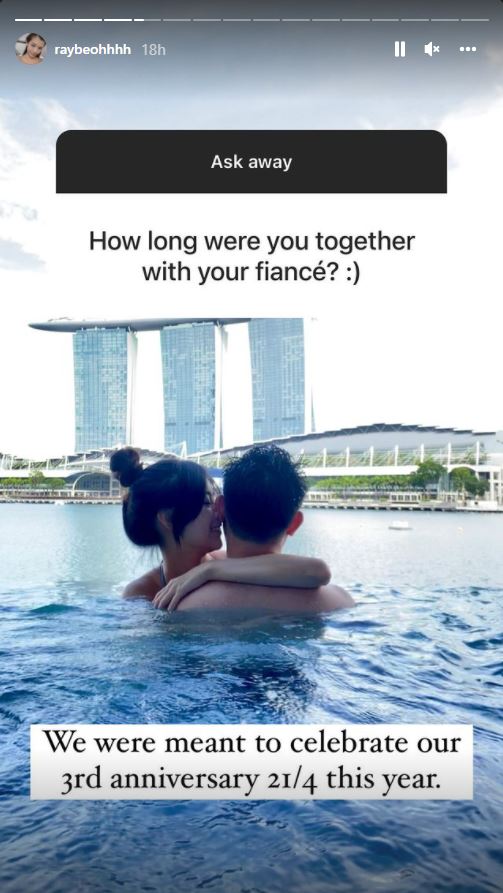 Sadly, they never got to celebrate it. Check out her other answers in her Instagram Stories here.

Ms Oh’s love for her fiancé is undoubtedly touching, and given her brave character, it’s no surprise she doesn’t regret trying to save him.

While she ultimately didn’t, and suffered life-changing injuries as a result, it hasn’t changed the fact that she’s very courageous even to be talking about it on social media.

Kudos to her for candidly sharing details of her love story with us. MS News wishes her a speedy recovery.