JB Customs Sees Long Queue Of S’pore Returnees On Sunday, It Stretched Down To Roadside 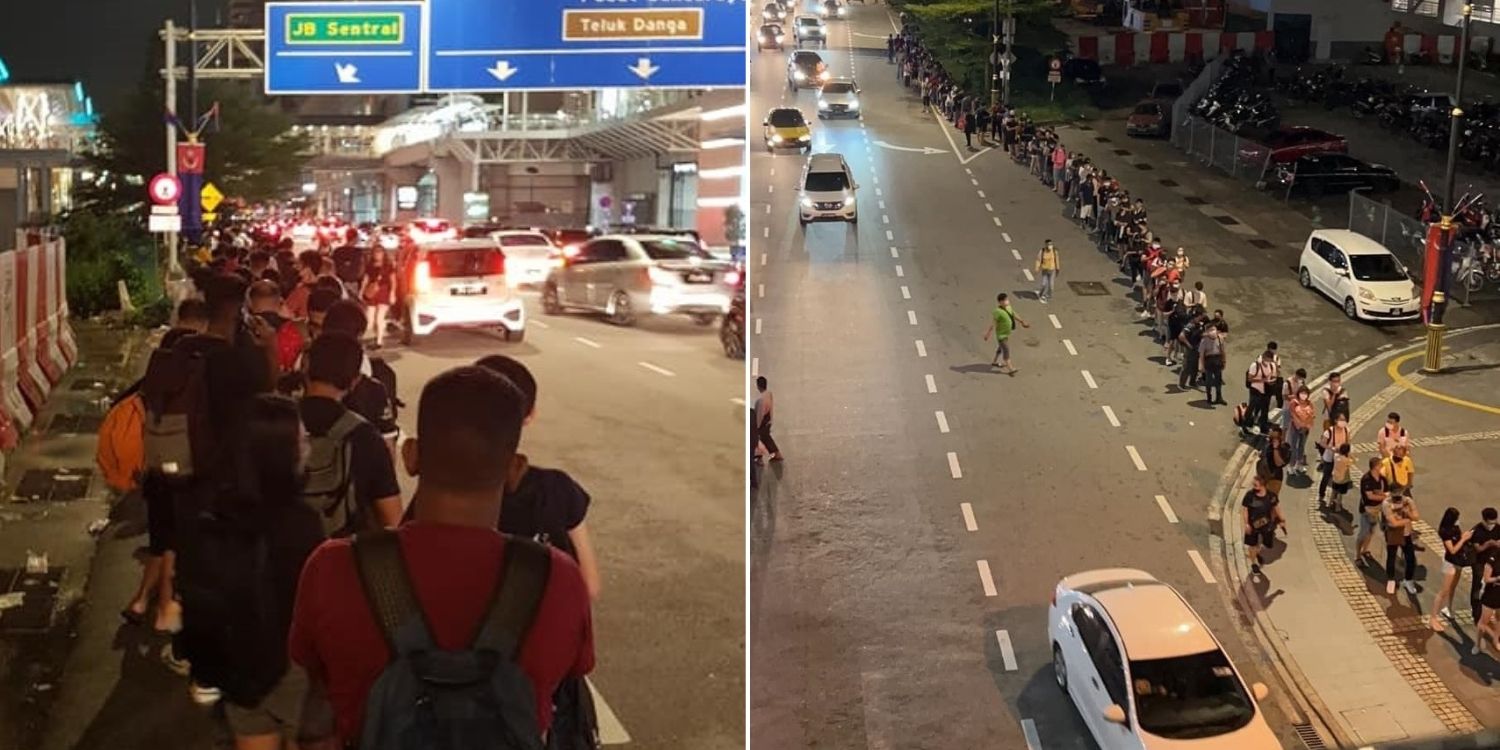 Some "gave up on life" and decided to wait till the next morning.

Causeway Crossing Takes Hours To Complete, Some Reportedly Give Up

Since the Singapore-Malaysia border reopened after more than 2 years, the Causeway congestion has returned in full force.

It was probably expected that thousands of people would stream across daily.

However, the sheer number of people returning to Singapore on a Sunday evening may have caught some unawares.

This resulted in the customs complex at Johor Baru reportedly seeing a long queue on Sunday (10 Apr), which stretched all the way down to the roadside. 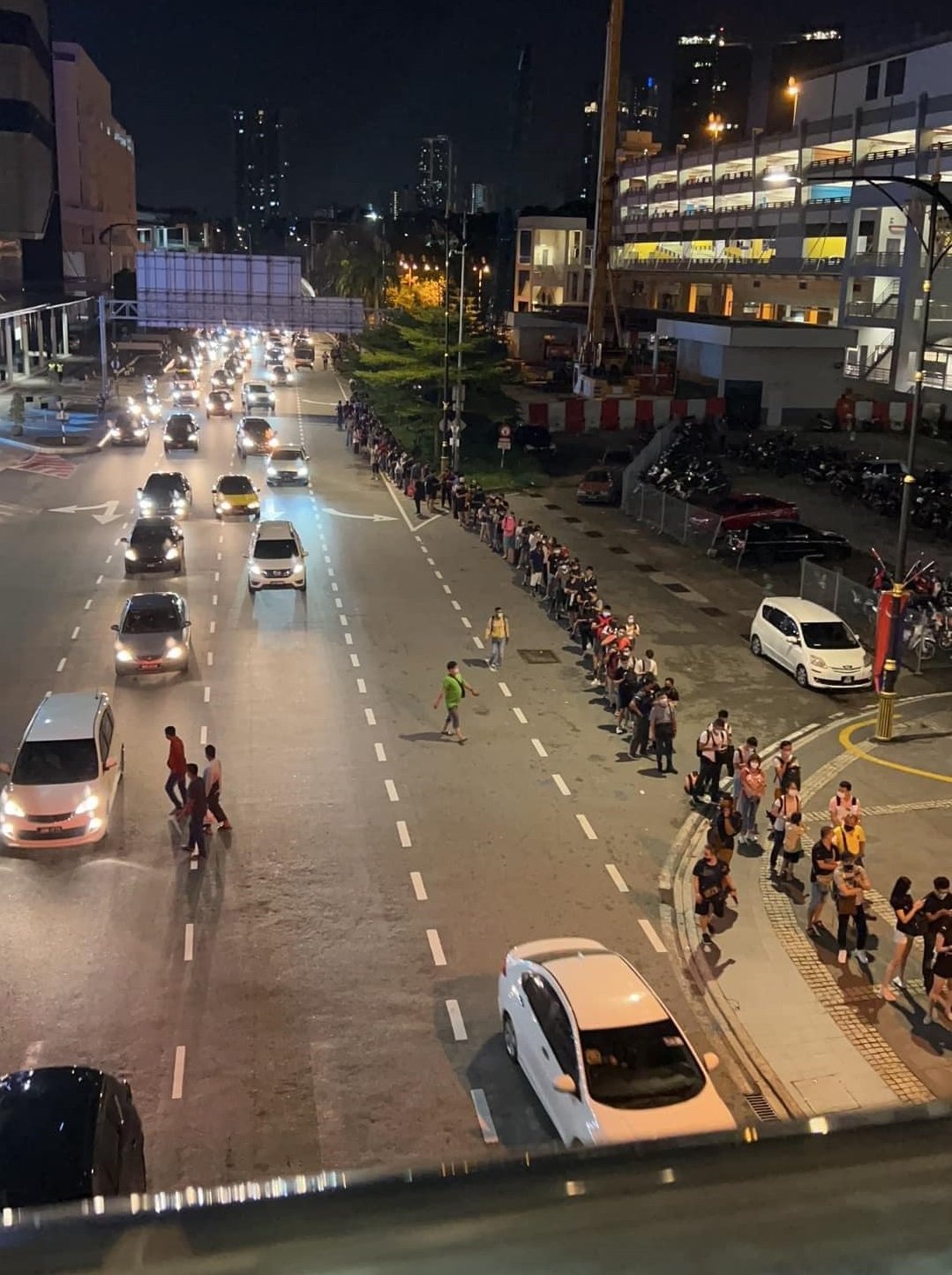 Sunday is a crowded night

Last weekend was the 2nd since the borders opened on 1 Apr.

However, after more than 2 years of closure, it might take the folks at JB’s Sultan Iskandar Customs, Immigration and Quarantine (CIQ) Complex a while to get into the swing of things.

The thing about Sunday, before Covid, is that many Malaysians working in Singapore are returning here to start work on Monday after spending the weekend back home.

They’re added to the crowds of Singaporeans also returning home after a weekend of shopping and eating.

That translates into many, many people trying to cross the border. 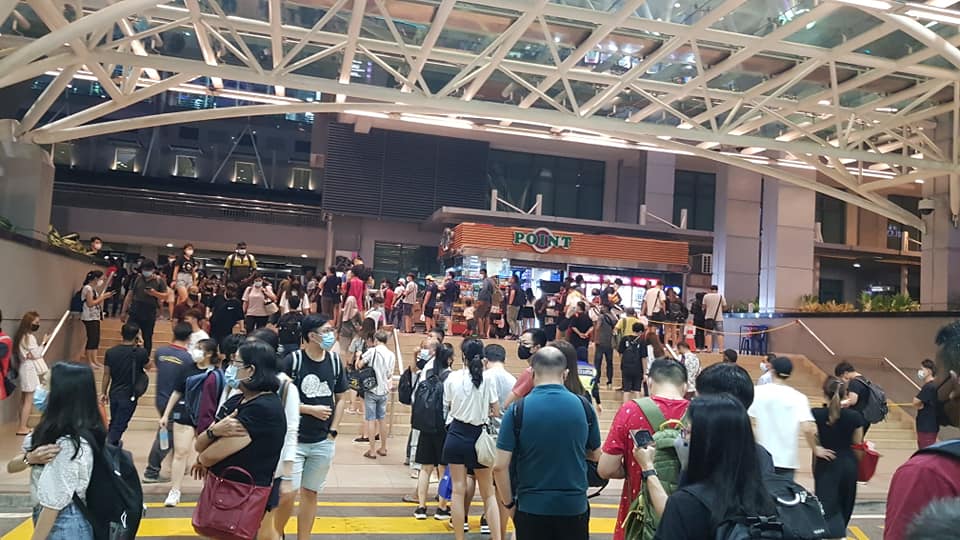 And so it proved on Sunday (10 Apr), when the multitudes descended on the Sultan Iskandar CIQ as early as 4pm, reported the China Press.

At 6pm plus, the hall with all the immigration counters was already full of people going to Singapore, according to photo shared by netizen Gloria Lai. As the cavernous hall filled up, one could only hope that people observed the safe distancing markers on the floor. 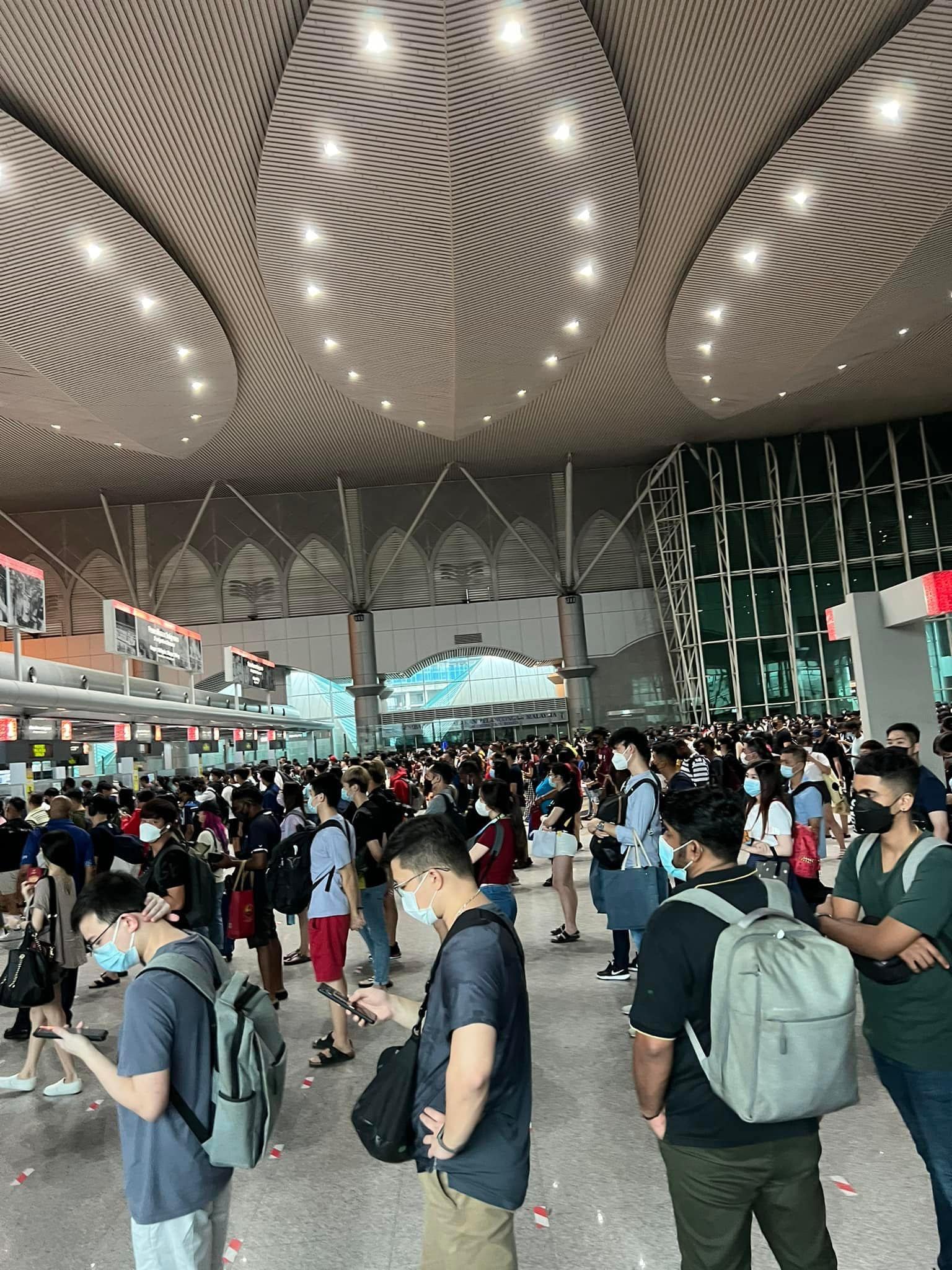 The basement bus bays were also packed, considering most of the people there were heading to Singapore by bus. 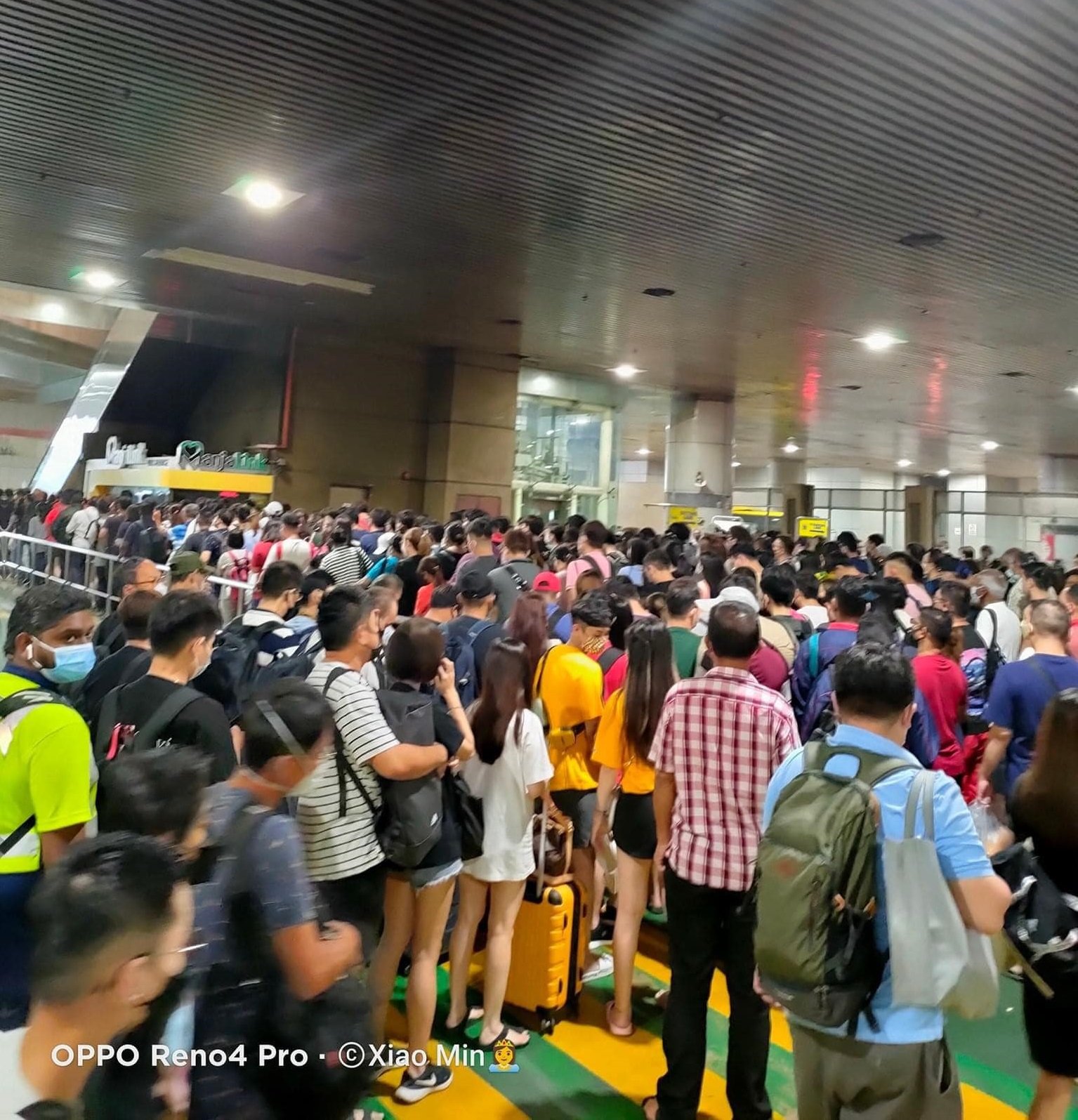 Officials unable to cope with crowd

But the crush wasn’t just confined to the CIQ complex.

As of about 10pm, there were too many people trying to pass through customs, and officials were unable to cope, according to Shin Min Daily News. 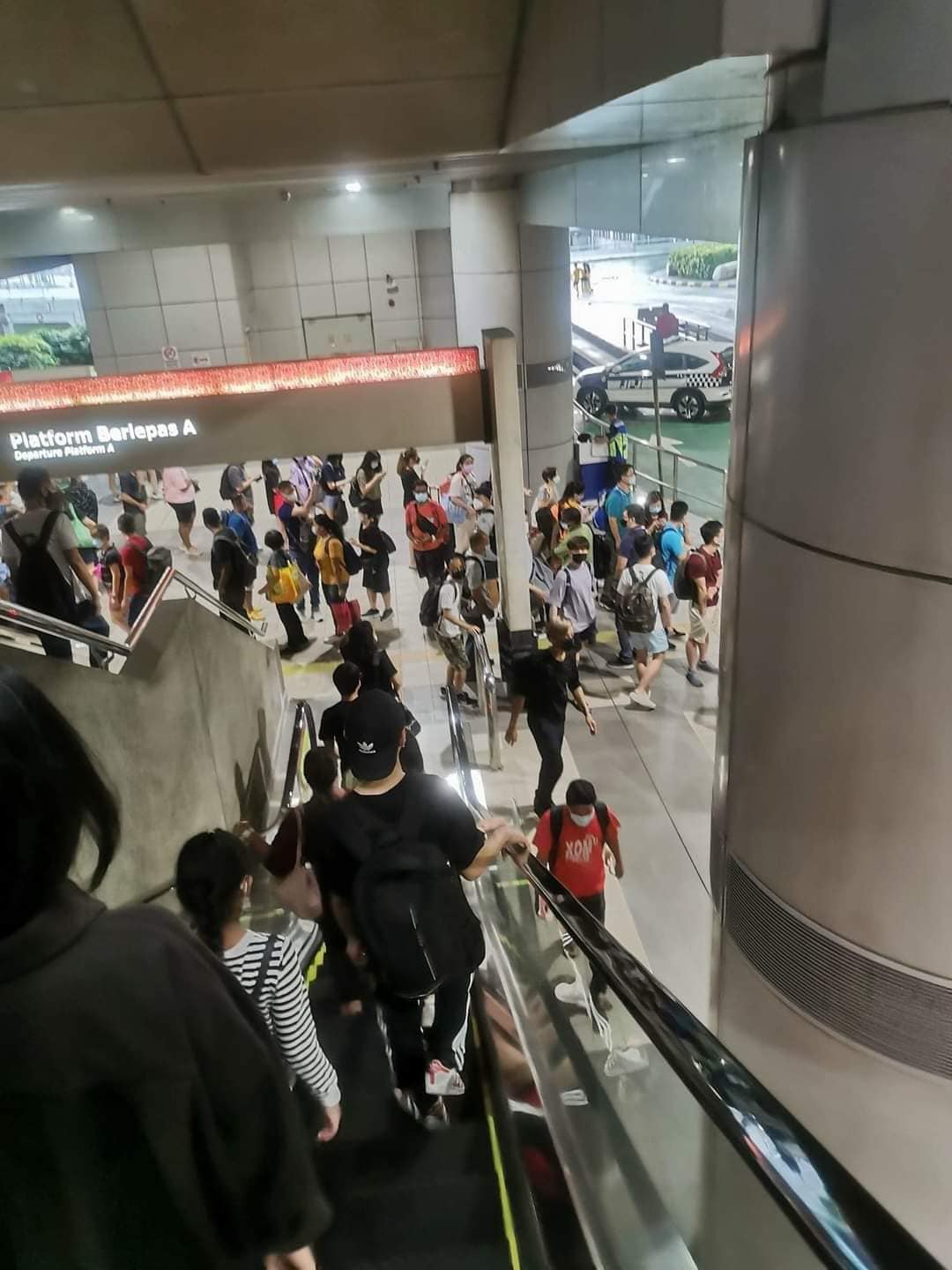 No one could argue with this, judging from the long queue that emerged from the CIQ complex and into the adjoining JB Sentral transport hub. 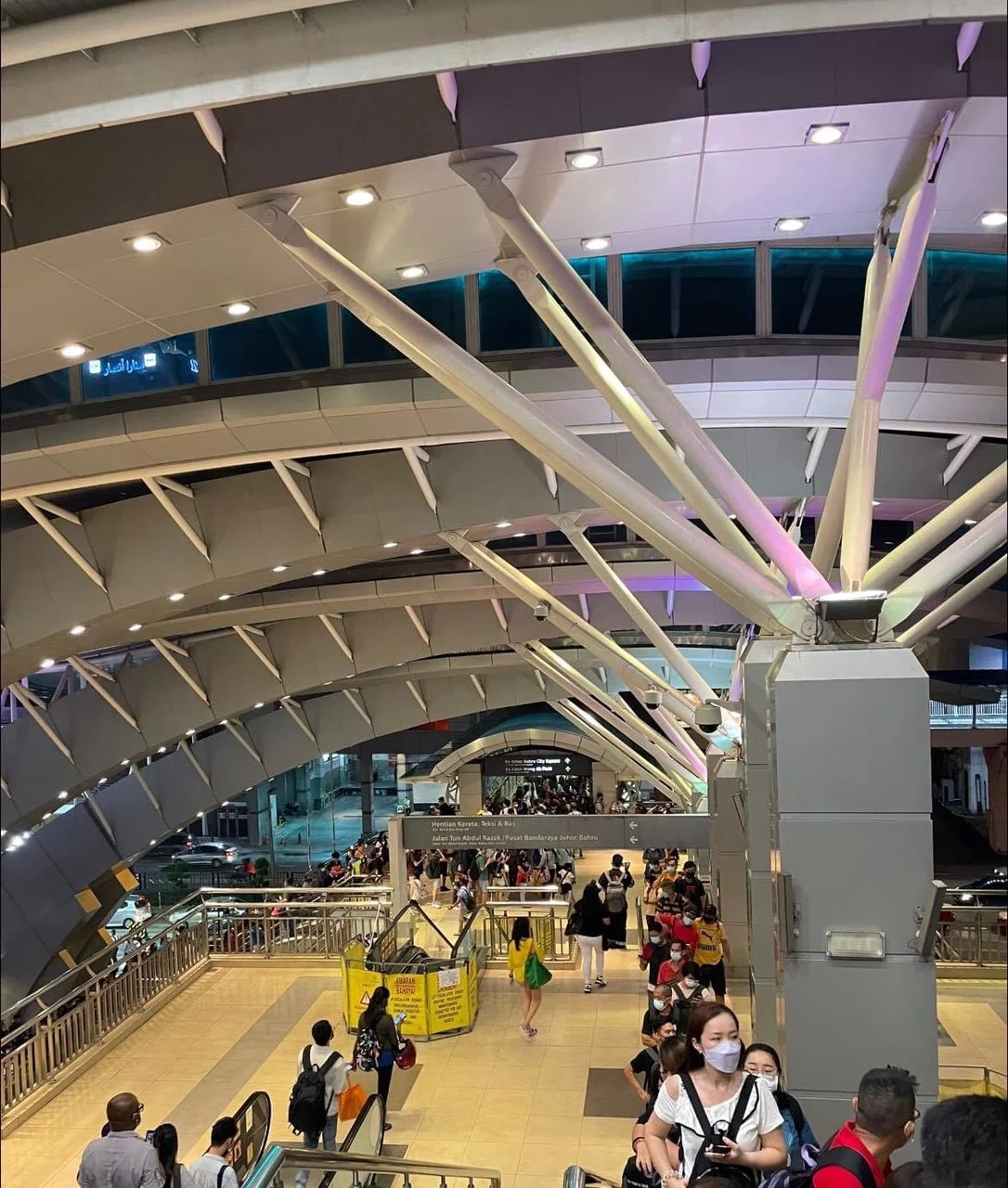 Soon, the queue ended up stretching till the side of Jalan Tun Abdul Razak, which is potentially dangerous as it’s a busy throughfare. According to a netizen posting in the Malaysia-Singapore Border Crossers Facebook group, he’d been queueing by the road from 7.30 to 8.55pm at least. 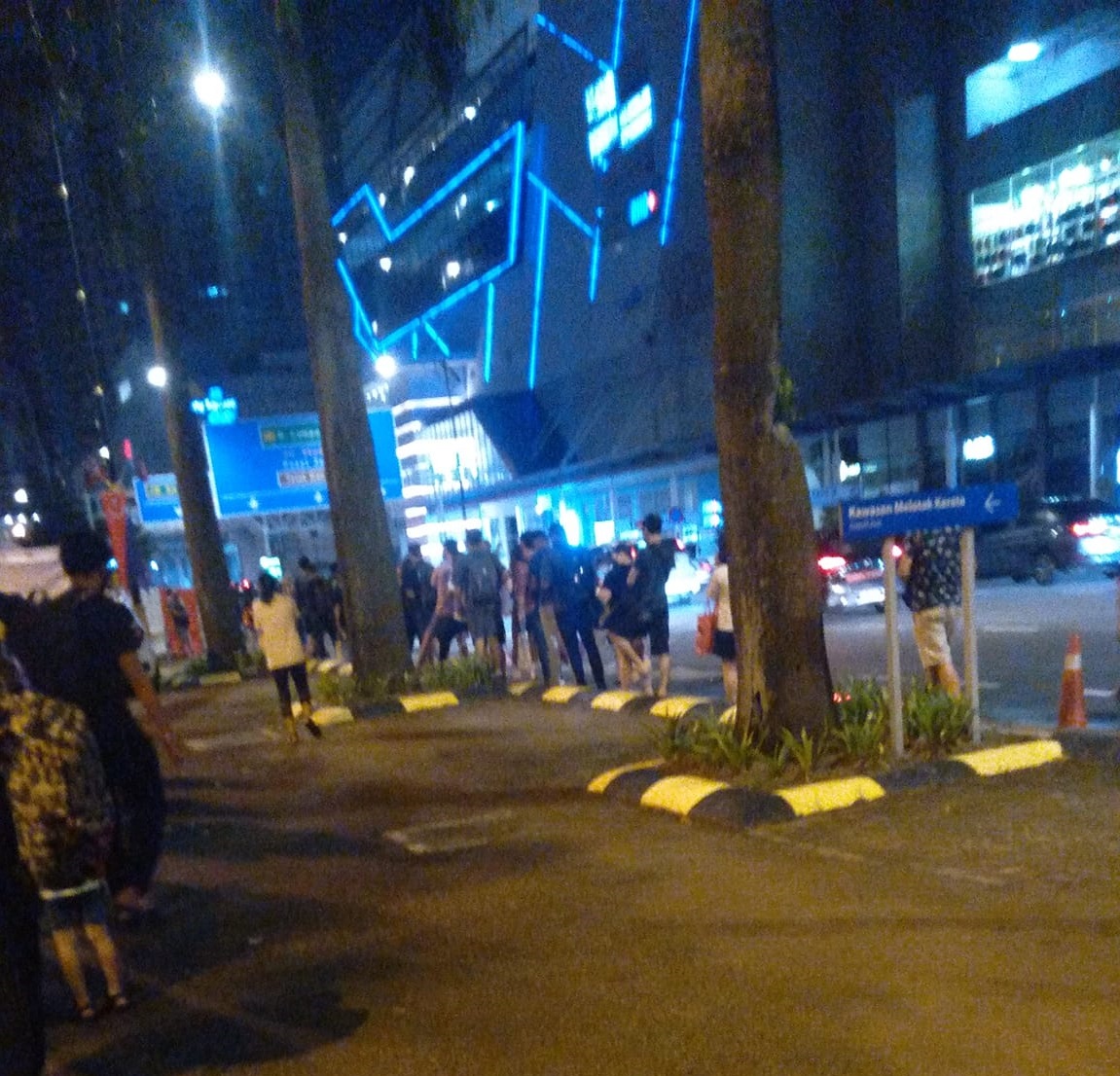 He made it inside a building only at 9.20pm. 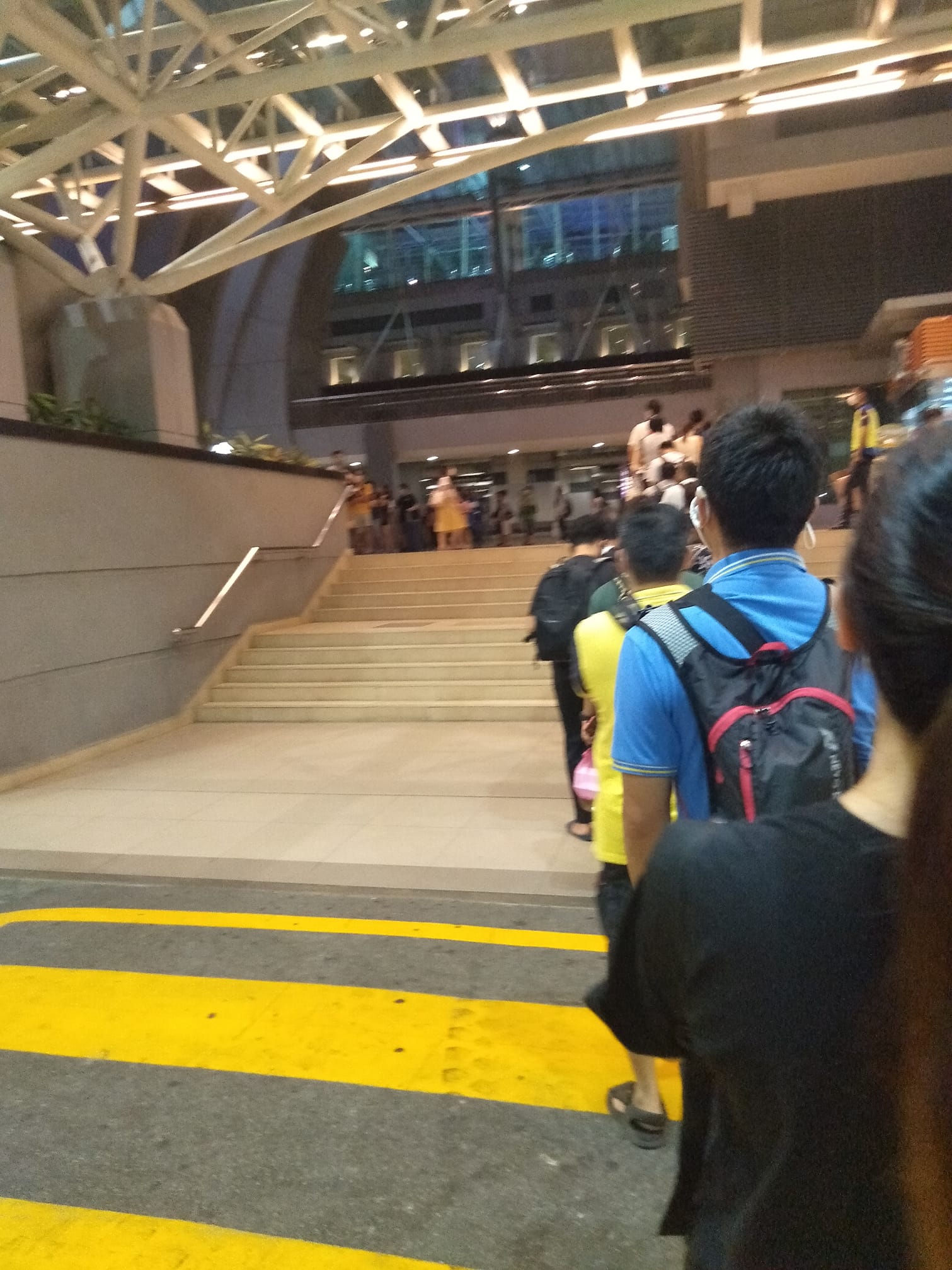 Another netizen who also queued on the main road said he reached the customs at 8pm and found a queue that went up to the “komtar” – possibly referring to the Komtar JBCC mall next to JB Sentral. Some turn back to try in the morning

The long wait prompted some to turn back, reported the Johor China Press. This is after they reportedly “gave up on life” and decided to go home and wait till the next morning to try crossing again. 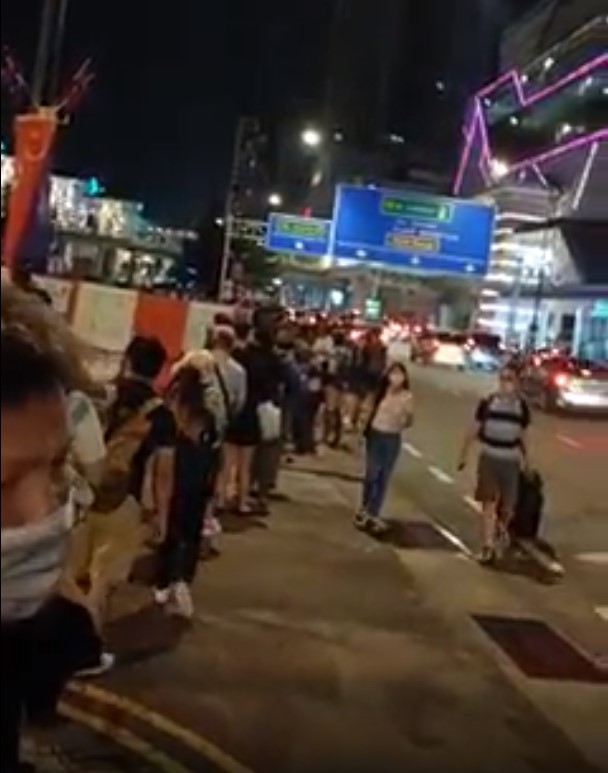 According to a Facebook post shared by the Johor China Press, one traveller and their friends decided to make a “U turn”.

They planned to attempt entry to Singapore again at 5am the next morning.

Those who were on motorcycles didn’t fare much better.

A motorcyclist posted a photo of the queue for motorcycles, saying he’d not seen this for 2 years. 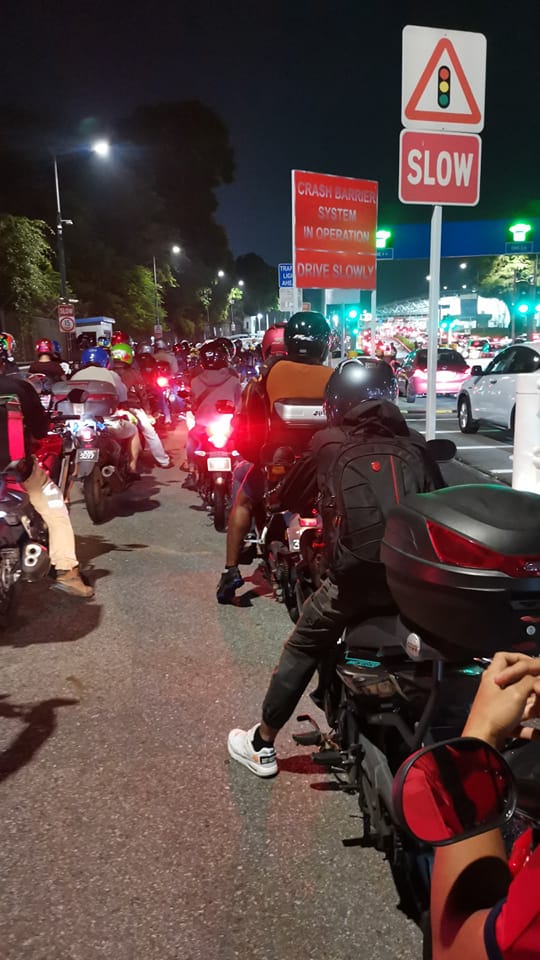 He also quipped to his boss that he’ll be “a little late”.

In a Facebook post at 1.19am in the morning, Johor’s Chief Minister Onn Hafiz Ghazi apologised for the inconvenience due to the congestion.

He said the authorities had taken urgent action to reduce the jam. 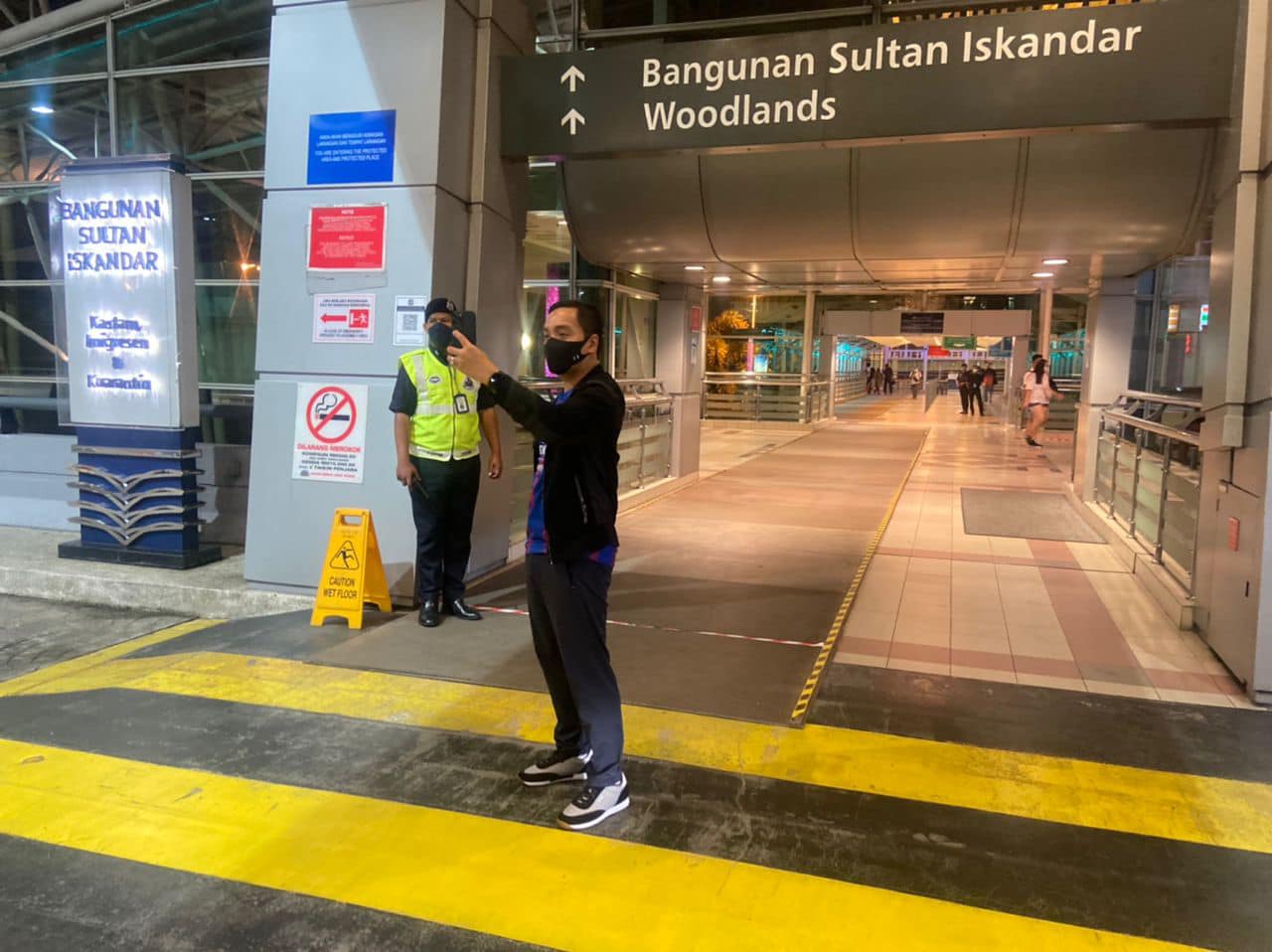 He’d also gone down to observe the situation himself, and said the existing system will be improved so that a similar situation will be avoided in future.

Though the snaking queue was daunting, it was orderly, reported Shin Min — so at least civility was observed.

However, waiting down by the main road wouldn’t have been fun, and the hours-long queues pose difficulties to people who just want to return home.

Hopefully, the steps taken are effective and the jam won’t be so bad next weekend.

Singaporeans planning to head to JB may want to consider deferring their trip till the crowds subside, or going during off-peak periods.