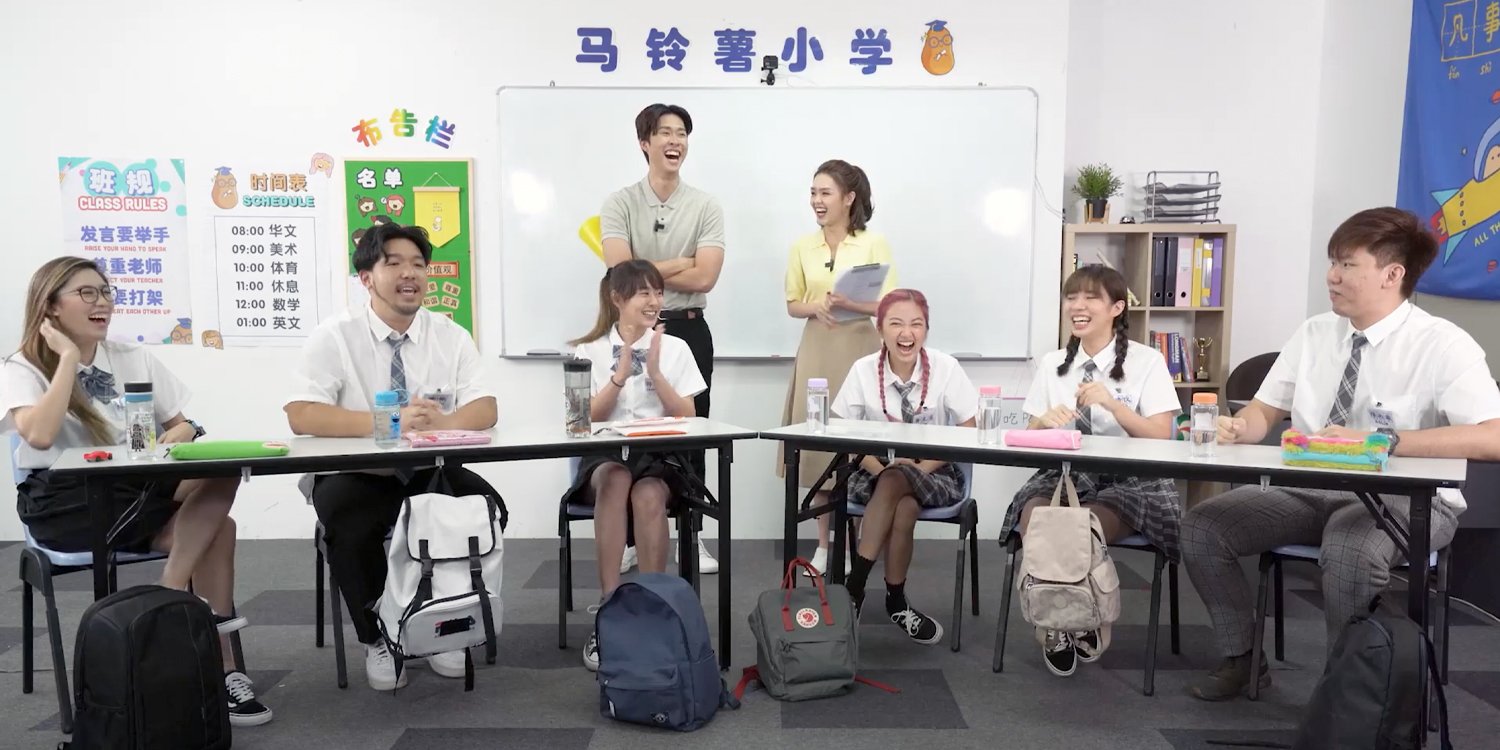 Many young Singaporeans are well versed and eloquent in English, but mastery of our Mother Tongues often proves to be challenging.

For Chinese Singaporeans who are more Westernised, they’re often labelled as ‘jiak kentang’, which directly translates to ‘eat potatoes’ in Hokkien and Malay. 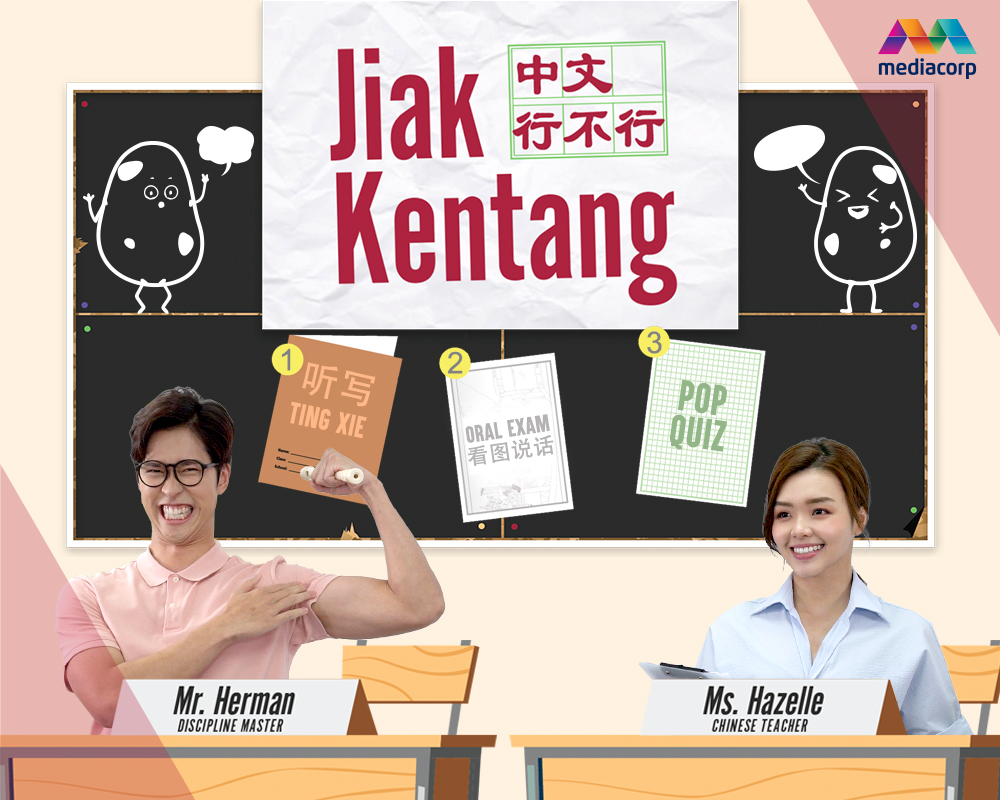 And they’ll have to watch out because there is a catch – a ‘discipline master’ will be present to punish the losing group.

Here’s a preview of what you can expect from the show, other than unabashed entertainment and laughter.

You will also catch some of your favourite TSL personalities like Sew, Brenda, and Bolin who make up the Jiak Kentang team. In the series’ debut, they are pitted against familiar faces from Night Owl Cinematics (NOC) – Aiken and Nina – and former NOC talent Samantha. 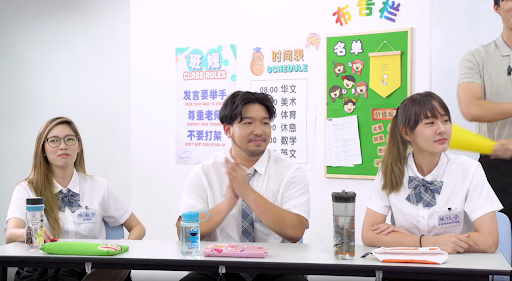 A quick introduction about themselves in Mandarin already elicits laughter all around the room. The ‘students’ then begin their first challenge – dictation (听写).

The Jiak Kentang team sends out Bolin while Nina is chosen as the rep for the NOC team.

Both participants seem to be evenly matched as they bumble through writing Chinese characters on the whiteboard. And trust us, this is for good reason — some of these words will stump even the best amongst us. 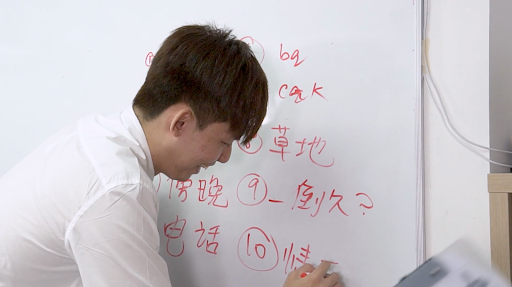 Eventually, the Jiak Kentang team wins the challenge with just 2 points ahead.

Next up is the translation challenge. Putting their bilingualism to the test, the ‘students’ have one minute to translate as many words from English to Mandarin as they can.

Know what jellyfish is in Mandarin? Well, neither does Jiak Kentang representative Brenda, much to the chagrin of her teammates. Nevertheless, she fares well, securing 6 crucial points for her team.

Up next is NOC representative Aiken who has been using chapalang language with English thrown in every once in a while. 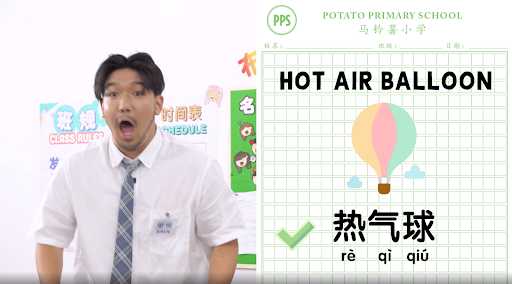 He hilariously struggles at the start of his round but eventually redeems himself, surprising everyone, even himself, with how well he performs.

Which team emerges triumphant while the other has to face the wrath of the DM? You’ll have to watch the full episode to find out.

The Jiak Kentang (中文行不行) variety show, comprising 6 episodes, is produced by TSL in collaboration with meWATCH.

It’s the company’s first foray into the Chinese entertainment scene. Besides the main cast of Bolin, Sew, and Brenda, you might even get to see some other familiar TSL faces.

Each week will feature a different guest team as well as new and exciting games that will take you back to your schooling days of struggling in Chinese class.

In one episode, you’ll even be able to catch the Jiak Kentang team competing against real primary school students!

Tune in to meWATCH to catch Jiak Kentang

If you’re interested to catch this and future episodes of Jiak Kentang, you can tune in to meWATCH. New episodes will be released every Friday from 7 Jan-11 Feb.

Watching from the comforts of your home, you can even try the games out alongside the participants to see if you are deserving of shedding the ‘jiak kentang’ label.

Even if you don’t do well, at least you won’t be subjected to the DM’s wrath like the losing team would!

Disclosure: MS News and TheSmartLocal are companies under TSL Media.

This post was brought to you in collaboration with meWATCH.