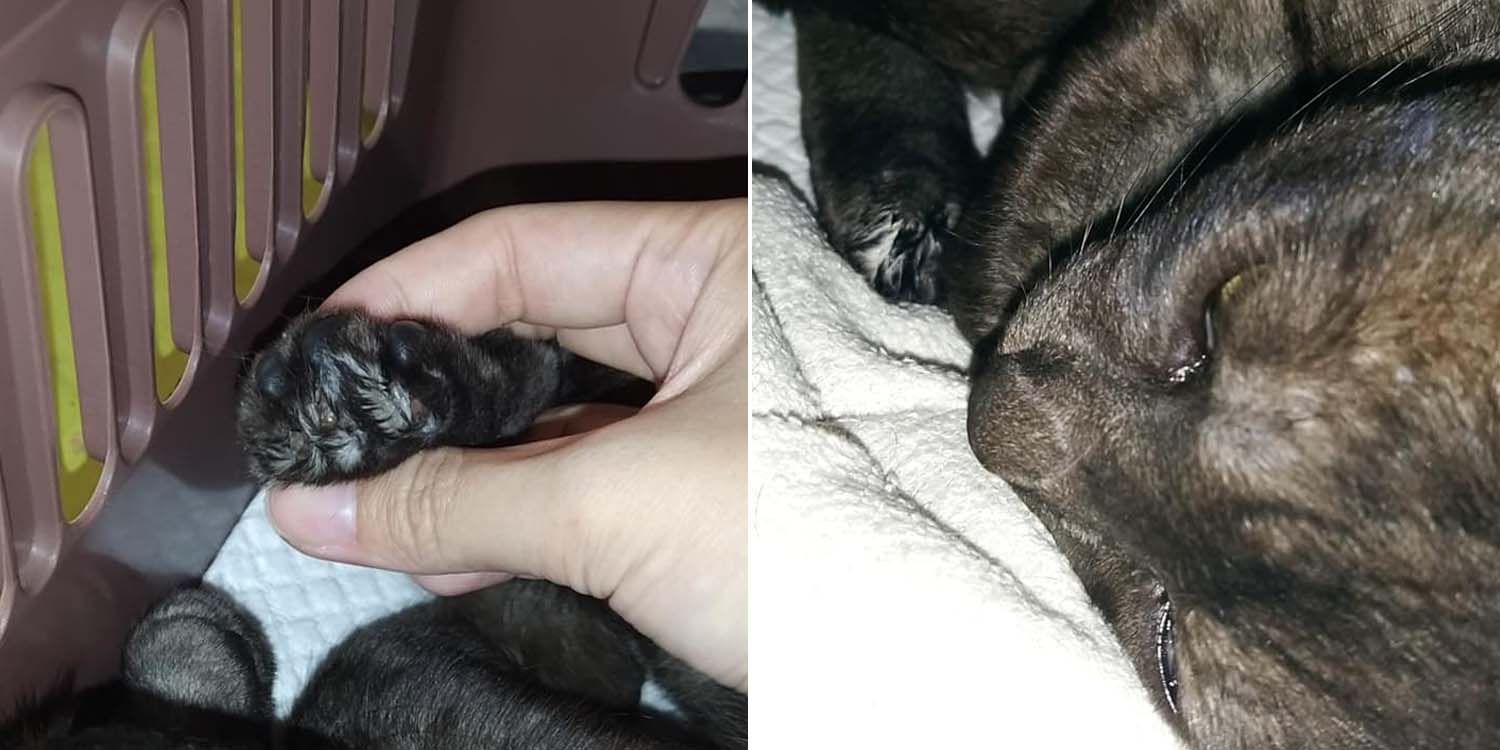 The cat also has fever and a leg infection.

Many animal enthusiasts in Singapore love to feed and care for the community cats in their estates. Sadly, some of these cats can end up in harm’s way when left on their own.

On Friday (15 Apr), a cat feeder claimed that a community cat in Jurong was abused and found that he was declawed and had broken teeth. 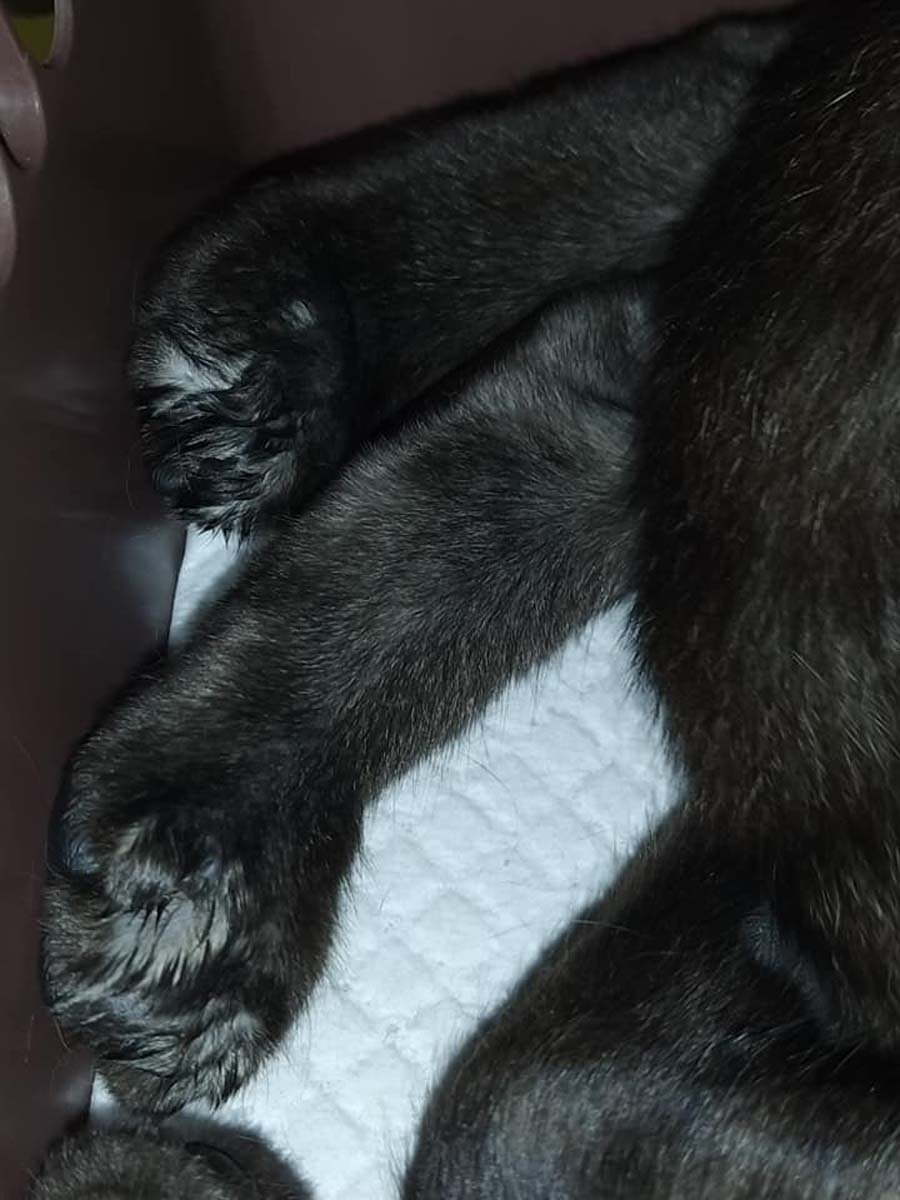 The animal lover took the opportunity to appeal to other feeders to keep an eye on other furkids in the vicinity.

In a post on the Sayang Our Singapore’s Community Cats Facebook page, a cat feeder named Cler Sy shared her encounter with a cat named Beannie, often seen hanging around Blocks 675 to 679 Jurong West Street 64. 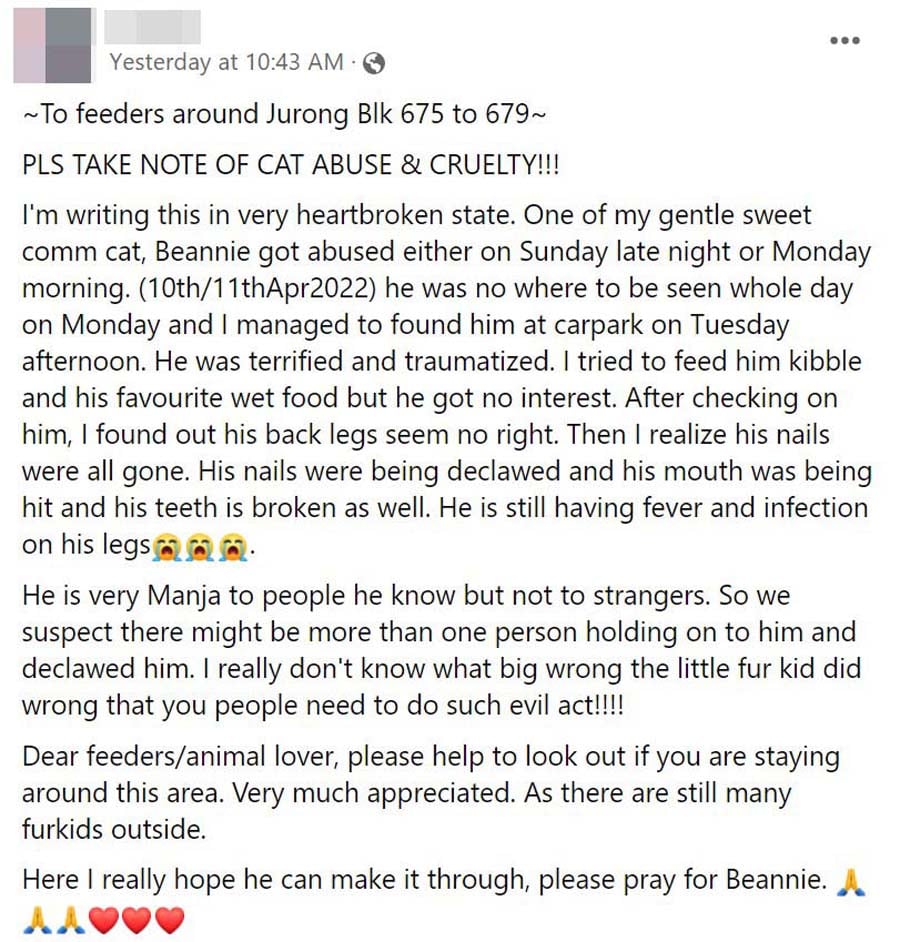 According to the netizen, the cat looked terrified and traumatised when she saw him at the carpark earlier that week.

The netizen offered him kibble and his “favourite wet food” to coax him into coming close. However, Beannie was apparently not interested.

Sensing that something was amiss, the lady checked on him and found there was something not right with his back legs.

Checking on Beannie’s paws, the lady realised that all his nails were gone. She also found that he had broken teeth and suspected he was struck around the mouth area. 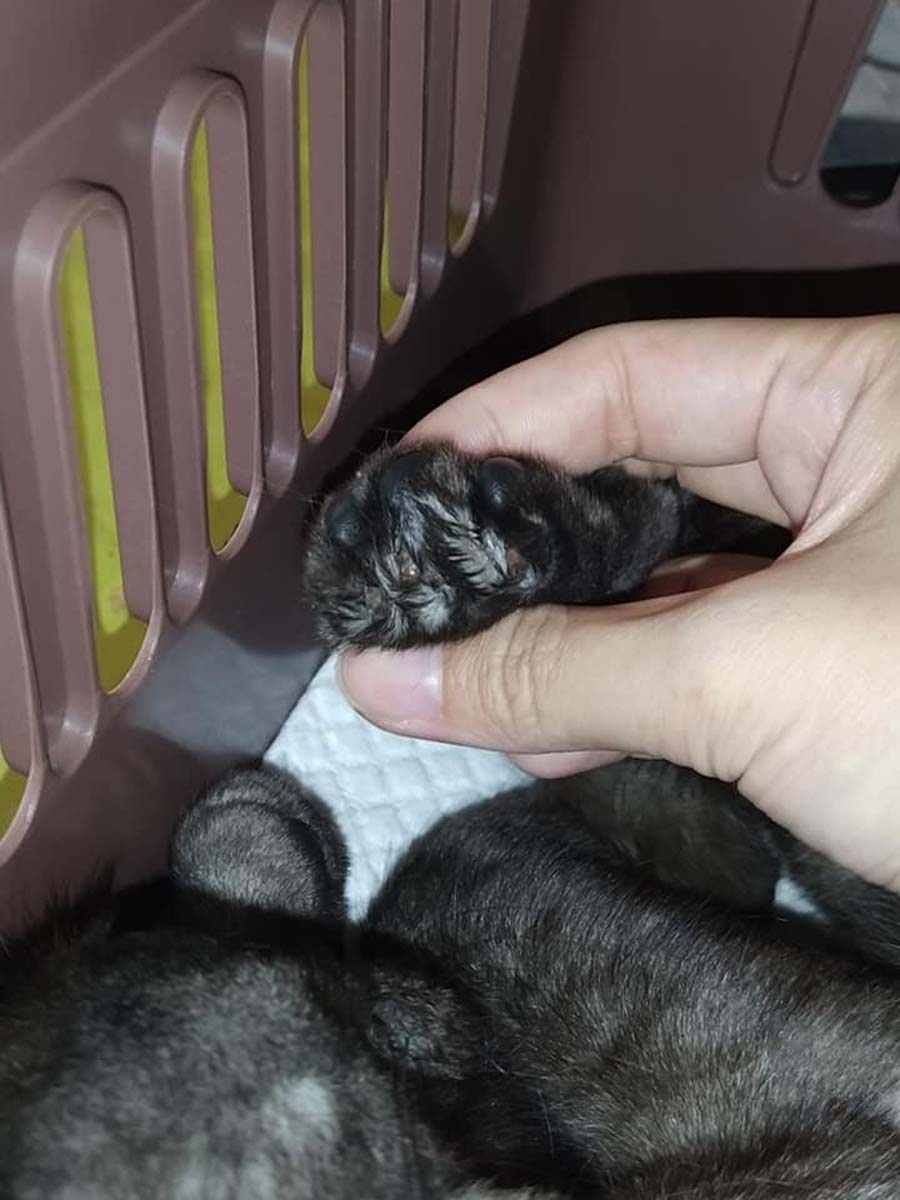 Apart from the physical injuries, Beanie apparently also had a fever and leg infection.

According to the lady, the abuse likely took place on Sunday (10 Apr) night or Monday (11 Apr) morning.

Since Beannie is apparently wary of strangers, she suspects there could be more than one person behind this.

She also hopes feeders and animal lovers in the area will keep a lookout for the furkids.

While it remains unclear who was behind the injuries, we wish Beanie a smooth and swift recovery in the weeks to come.

Meanwhile, we hope those living in the vicinity will keep an eye out on the community cats and any sus individuals seen around the area.