Karaoke Manekineko Closing All S’pore Outlets, Thanks Customers For Their Support 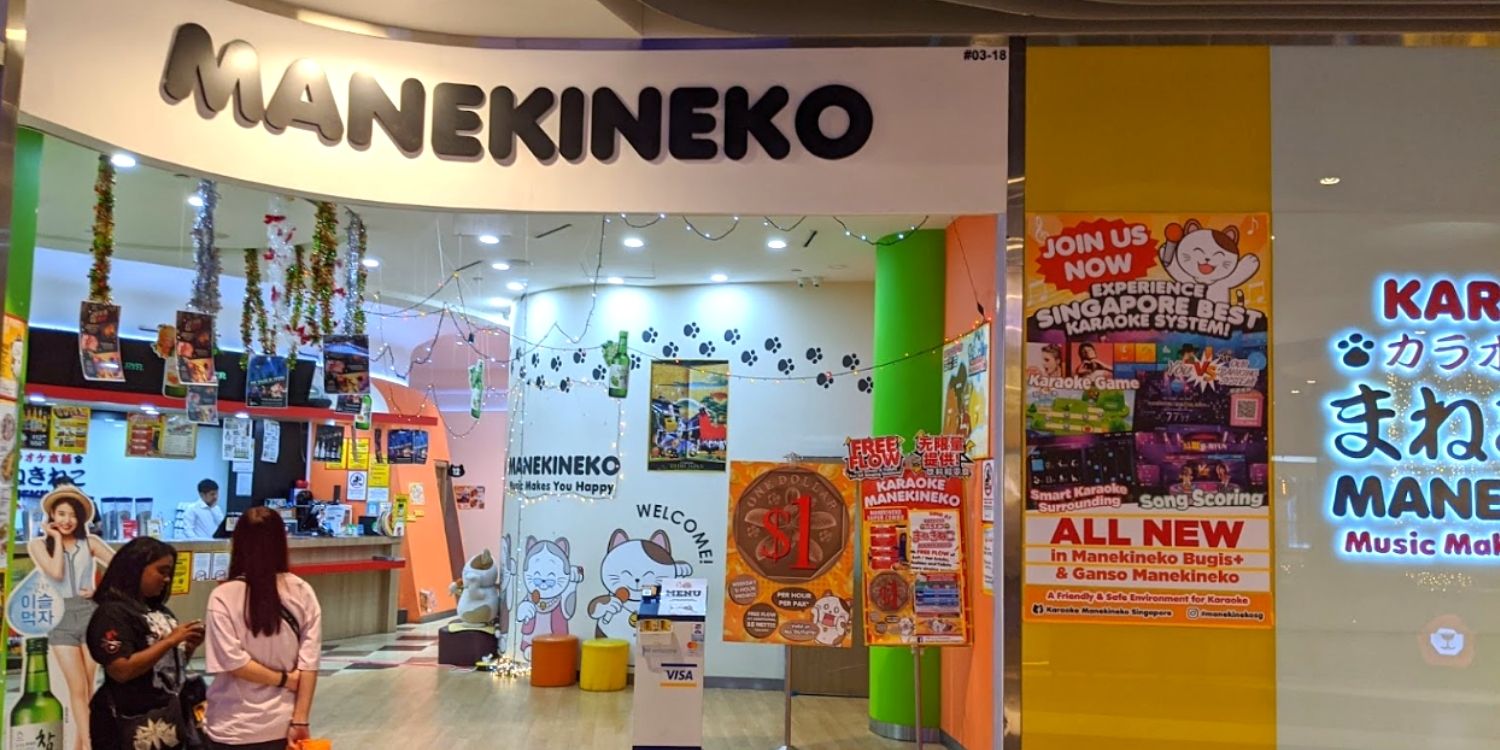 They say it’s not goodbye but till we meet again.

Karaoke Manekineko To Close All 8 Outlets In Singapore 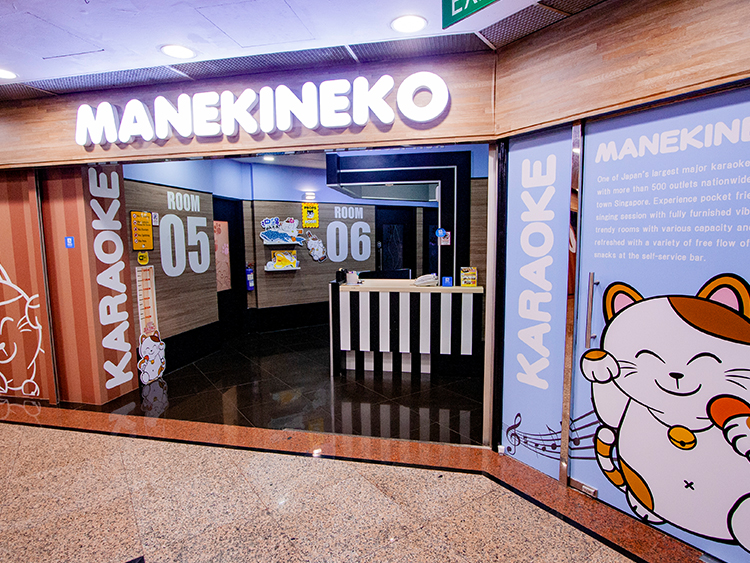 However, as KTVs in Singapore have suspended operations for over a year now, many are starting to go under.

The latest casualty seems to be Karaoke Manekineko, which announced that it’ll be closing all Singapore outlets soon.

But thankfully, according to Manekineko’s management team, it’s not farewell for good.

On Wednesday (19 May), the popular KTV brand announced on Facebook that it’ll close all outlets in Singapore. 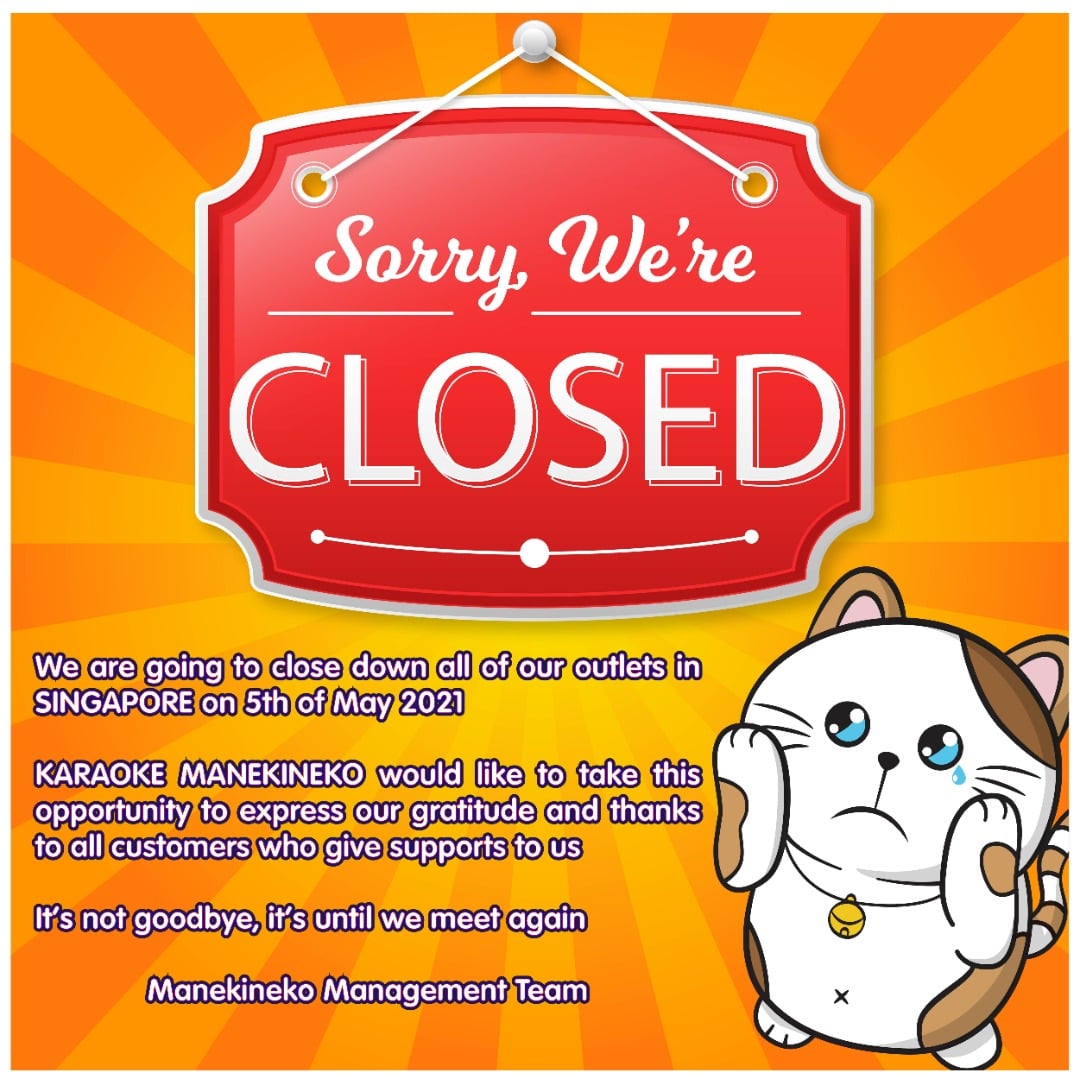 This comes as a shock for many, as the chain is extremely well-received amongst Singaporeans who frequented KTVs.

Having opened their first K Box in Singapore in 2002, Manekineko now owns 8 outlets islandwide, at the following locations:

In the notice, it thanks customers for the support over the nearly 2 decades it’s been around and anticipates a comeback in the future.

While the poster states the date of closure as 5 May, the KTV chain interestingly posted the notice only today (19 May). MS News has reached out to them for clarification regarding the official closing date.

KTV with the cute fortune cat

Known fondly as the karaoke with an adorable fortunate cat as their mascot, Karaoke Manekineko is popular for many reasons. 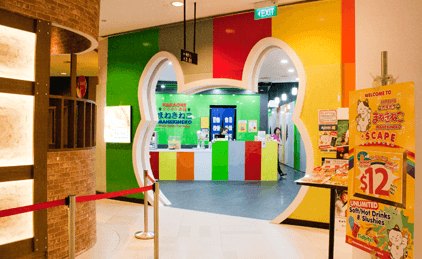 For one, customers could enjoy an unlimited flow of drinks and snacks during their singing sessions, for just $5 nett. Many have also gushed over the pristine and kawaii interior design of their K suites, along with quality sound systems. That’s not to mention the friendly staff at many of their outlets. 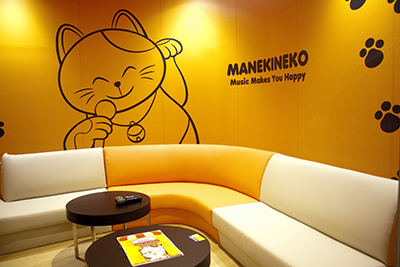 Having started out with a K Box at Choa Chu Kang Lot 1, the Japanese karaoke chain expanded into a leading entertainment provider in Singapore.

Prior to the pandemic, its newest outlet opened in Chinatown in Oct 2017.

Sad news for many

Given the raging pandemic and safe distancing measures, KTVs are undoubtedly amongst some of the most severely hit.

Some of them had to close most outlets after struggling to survive with the end of the tunnel not yet in sight.

It’s heart-wrenching to have to bid farewell to another of Singapore’s beloved brands.

We hope that this is indeed not goodbye, and await Karaoke Manekineko to come back stronger.