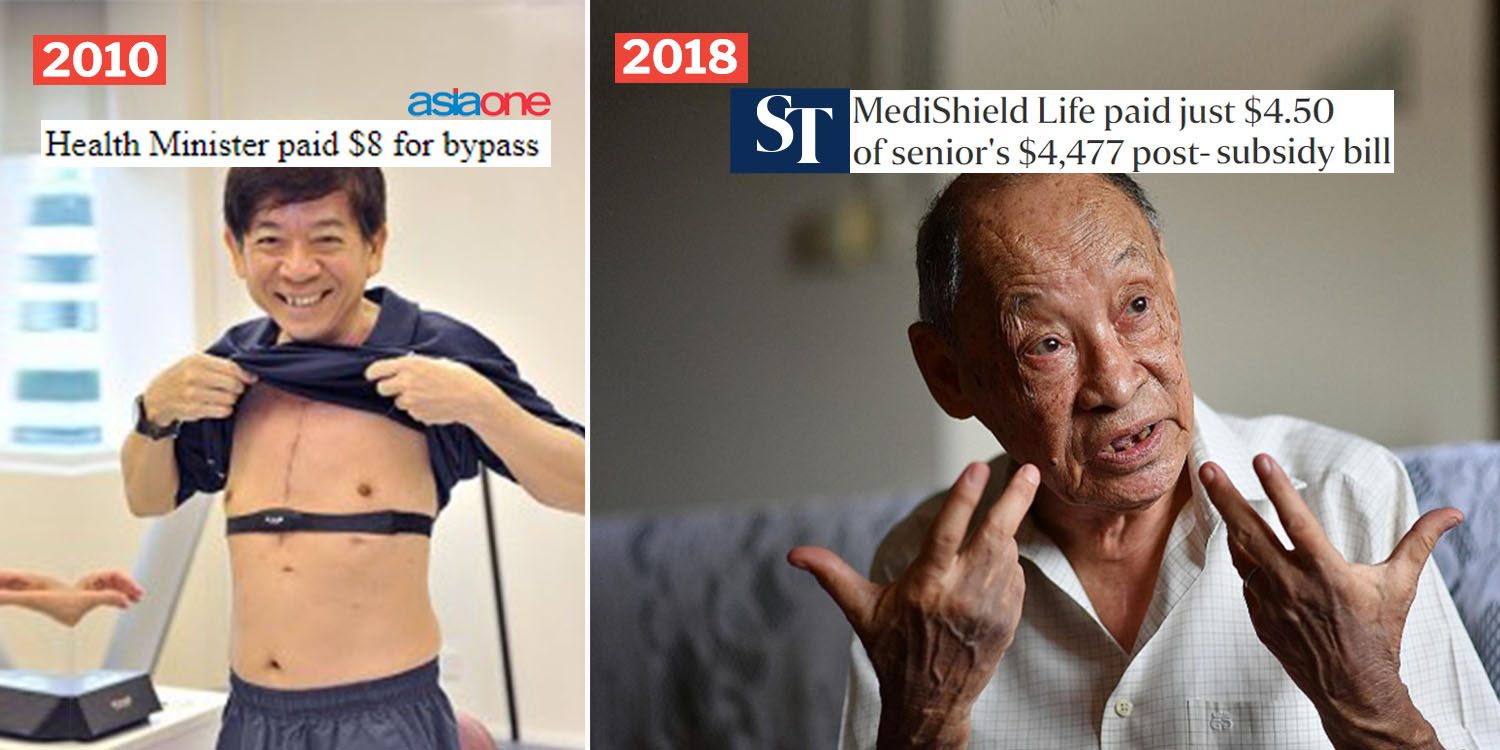 The Health Minister's heart bypass surgery was in 2010.

82-year-old Mr Seow Ban Yam incurred a bill of $4,477 – after a government subsidy – as part of a cataract operation at the Singapore National Eye Centre (SNEC). 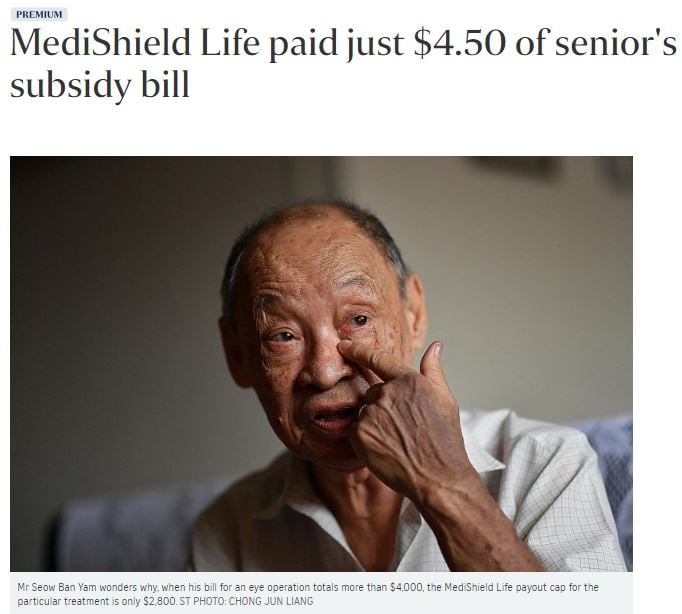 Seow’s medical bill had $3,000 first offset from his MediSave account, as part of the annual deductible all patients have to pay before insurance kicks in.

While he had expected MediShield Life – the second tier of Singapore’s healthcare system – to finance the remaining $1,477, he was shocked to find out that only a small sum of $4.50 was covered.

Why are people unhappy?

As usual, netizens have never lacked for creativity in taking shots at the ruling government.

The outrage from the perceived injustice this time round has led netizens to draw comparisons to a 2010 incident with then Health Minister Khaw Boon Wan. This culminated in a viral post on The Alternative View that has garnered 2.7k shares in under 2 days on Facebook. 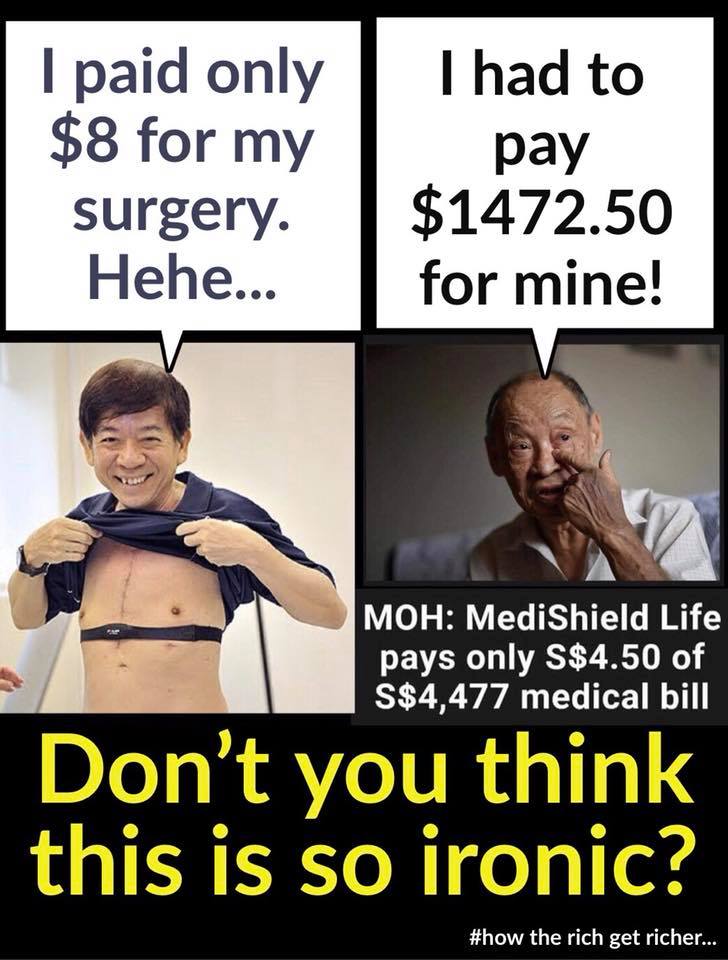 Minister Khaw lauded the Singaporean healthcare system in reference to his major heart bypass surgery which he paid only $8 for.

A regular heart bypass surgery at the National Heart Centre Singapore reportedly costs under $30,000 for 90% of patients who stay in an A-class ward.

Before we get our panties in a wad and jump to conclusions from out-of-context comparisons, let’s take a clear look at why Seow’s healthcare costs are not insured.

According to MOH regulations, there is an insurance cap on certain types of medical procedures. Seow’s cataract procedure had a MediShield Life cap of $2,800.

In addition to $205 of ‘consumables’ and accommodation, the maximum amount CPF allowed Seow to reimburse was $3,005. 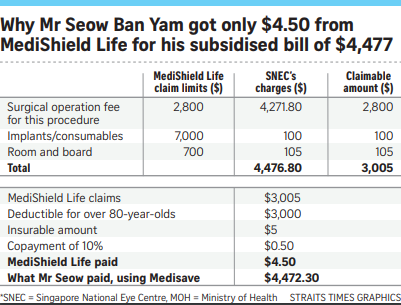 Therefore, the remainder that was claimable by MediShield insurance came up to $5.

Readers are advised to remember that since Mr Khaw’s surgery happened in 2010, inflation and rising costs of healthcare haven’t been taken into account.

Saving for a rainy day

8 years ago, Mr Khaw praised Singapore’s healthcare system for placing a high emphasis on the importance of health insurance, using his subsidy as an example.

But it all boils down to the all-important questions of why there was a $2,800 cap on Seow’s MediShield Life insurance. How does MOH arrive at these figures?

Is this comparison justified? The reader will form their own impressions.

Featured image from AsiaOne and The Straits Times.