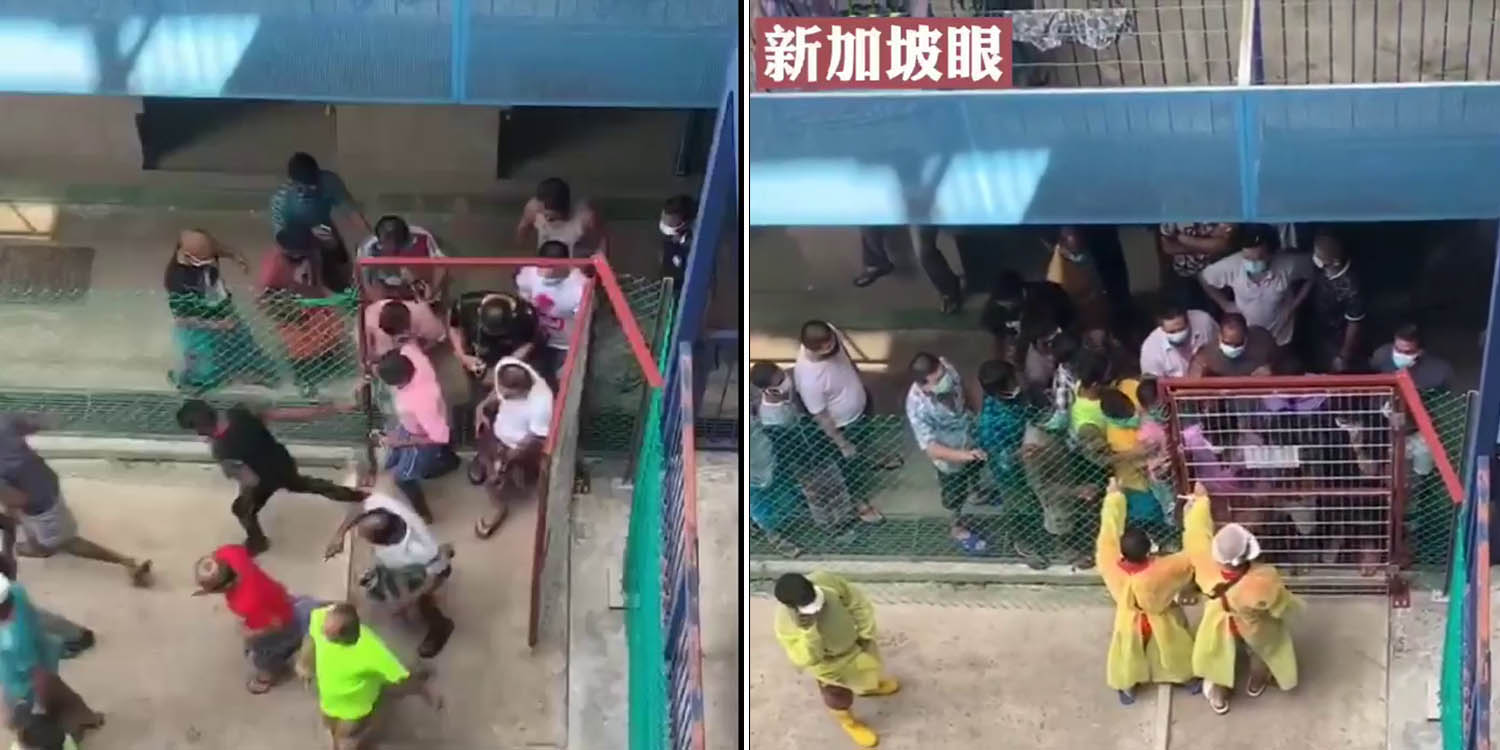 UPDATE (10 Jun): The Ministry of Manpower responded that the workers seen rushing out in the video were stopped by dormitory and security officers. They were asked to return to the back of the queue, and this wasn’t shown in the viral video.

MOM has also issued a stern warning to the dorm operator. They have also identified the workers involved, saying action will be taken against them. You can read the full statement here.

After staying at home all day, making supermarket runs to stock up on essentials are almost therapeutic to some.

For workers staying in a dormitory in Kranji, they can’t wait to do the same, it seems.

They were spotted crowding around a gate awaiting to visit the dormitory supermarket in a clip that’s gone viral on Singapore Eye’s Facebook.

The accompanying caption says that the supermarket, which had been closed for 2 weeks, reopened on Thursday (4 Jun).

According to Singapore Eye, workers staying at the dormitory started crowding at the gate. 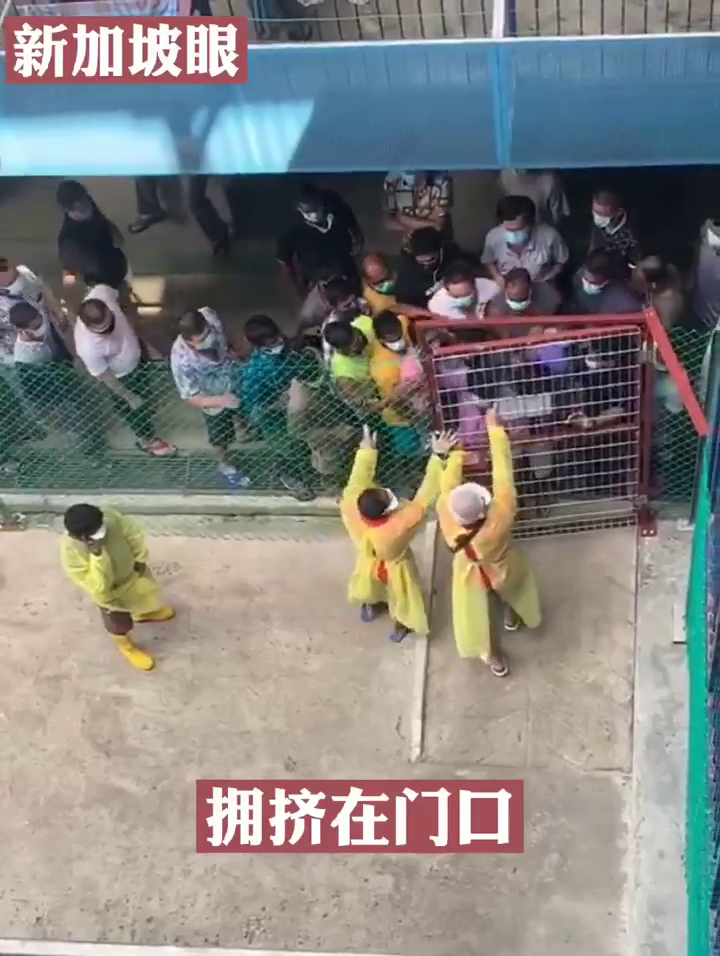 Once it was opened, they started spilling out of the dormitory’s compound, hurrying their way to the supermarket. 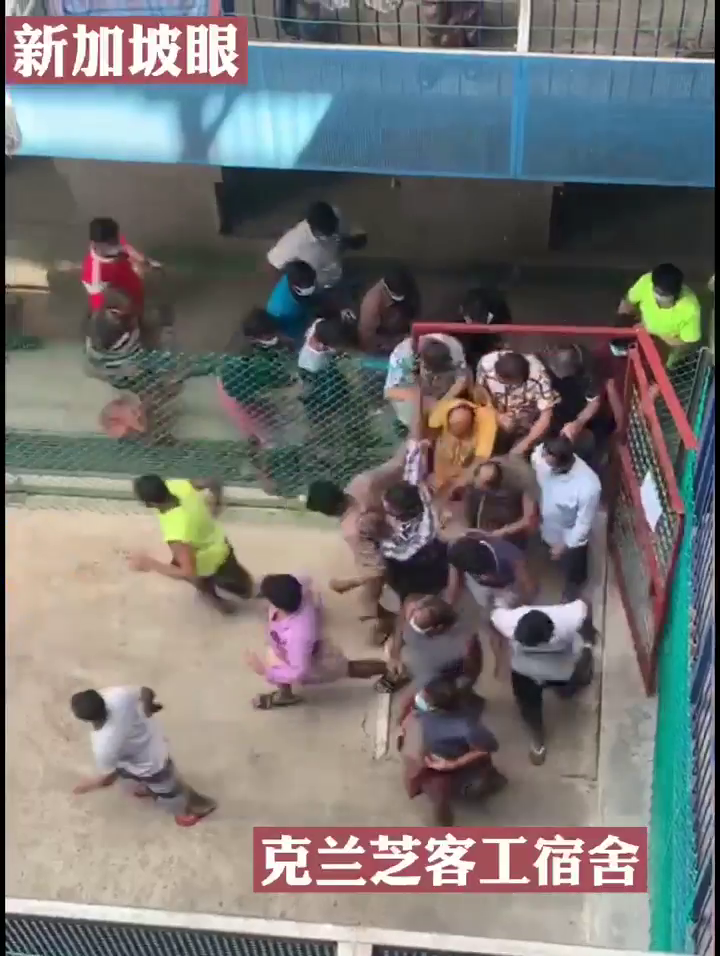 Singapore Eye described the scene as “out of control”, as dormitory management staff could barely contain the workers. 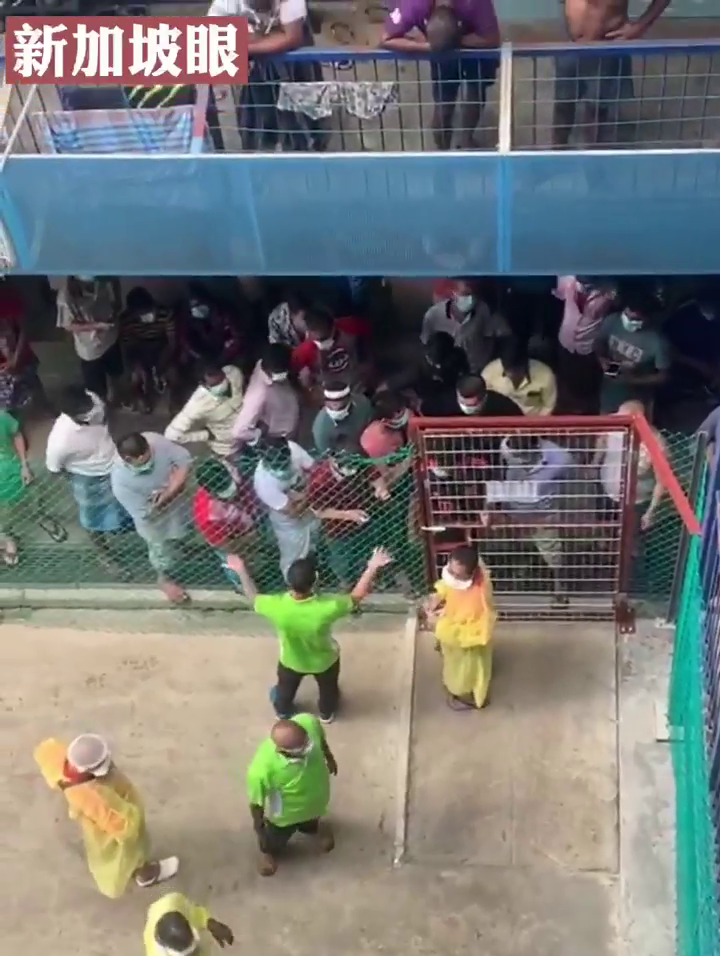 In the video, you can hear the staff stressing repeatedly to form a line, as they try to keep the gate closed as much as possible.

The caption ends with a caring reminder to the workers,

Be sure to practise safe distancing. Ol’ workers, Singapore’s recovery depends on you.

Hopefully rush is temporary as excitement simmers down

As Singapore is gradually reopening after ‘Circuit Breaker’, crowds are beginning to form during peak hours again, especially on public transport.

Everyone’s concerned how safe distancing can continue to be observed during Phase 1 as more people will be leaving their homes for work and school.

For workers staying in dorms, many of their living quarters were gazetted as isolation areas in the last 2 months to stop the Covid-19 outbreak.

Being segregated from the community can be hard on them as they can’t leave the vicinity.

With movement under tight control for a prolonged period, they are understandably excited over the chance to do a supermarket run, getting to buy snacks and groceries that they have been craving for.

However, we do hope that this rush is only temporary after excitement to shop simmers down.

Once workers’ are able to stock up on their essentials, hopefully they can begin to observe safe distancing again. After all, it’s true what Singapore Eye says, Singapore’s recovery depends on them, and everyone’s collective efforts.