He will continue as Minister for Finance as well. 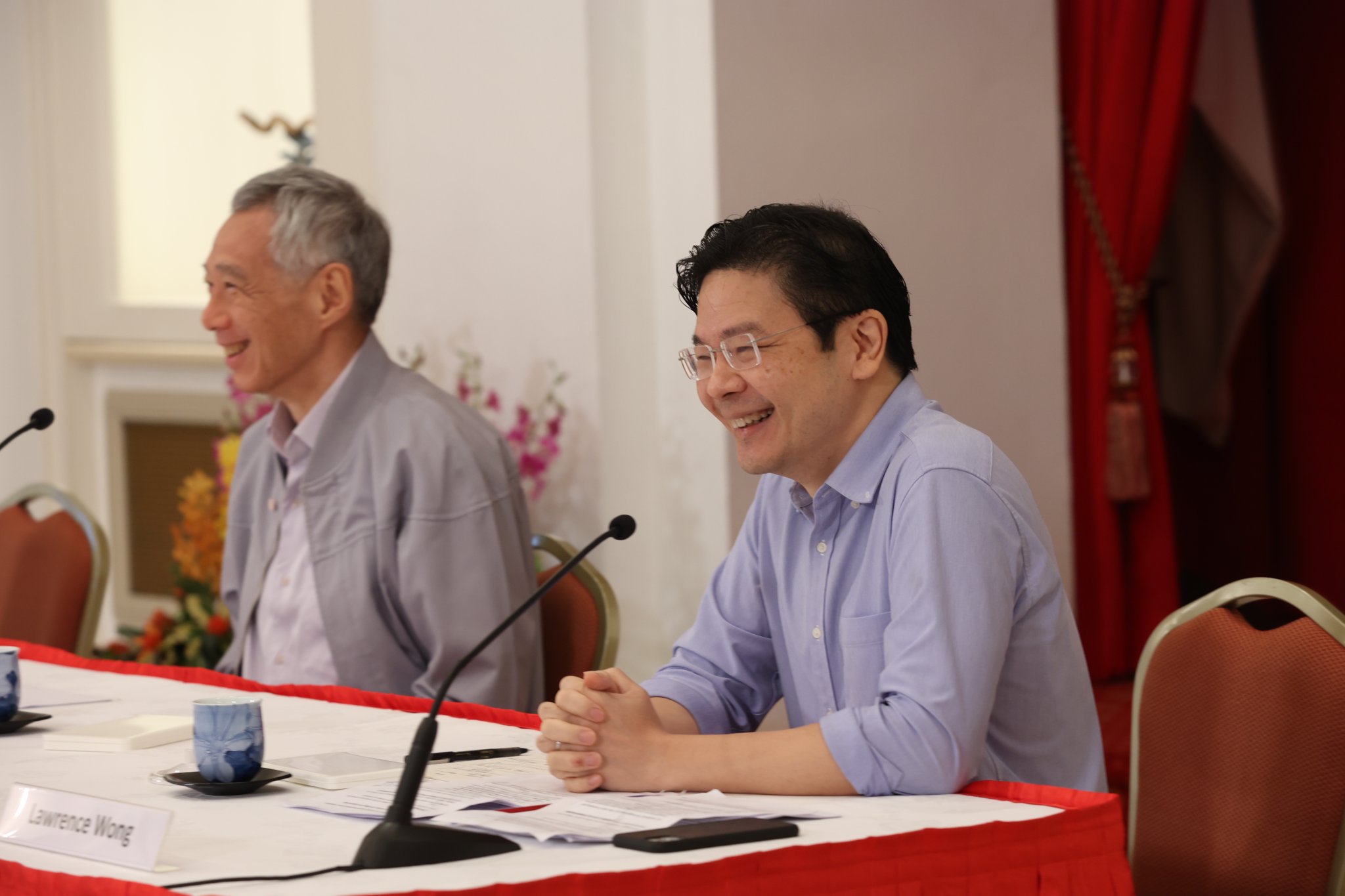 This means he will be the Acting PM in the absence of PM Lee starting from 13 Jun.

He will also continue his appointment as Minister for Finance.

This appointment would mean in the event of PM Lee’s absence, Mr Wong will be the Acting PM.

Mr Wong will continue to head the Ministry of Finance. He will assume responsibility for the Strategy Group within the PMO, taking over from DPM Heng Swee Keat.

The other Cabinet changes include the promotion of Mr Tan Kiat How to Senior Minister of State.

Mr Eric Chua has also been promoted to Senior Parliamentary Secretary. He also will continue in his roles in the Ministry of Culture, Community and Youth (MCCY) and the Ministry of Social and Family Development (MSF).

Besides that, Ms Rahayu Mahzam will be promoted to Senior Parliamentary Secretary and take up a new appointment in the Ministry of Law.

She will be relinquishing her appointment in MCI but keeping her role in the Ministry of Health (MOH).

Five other politicians, including Mr Chee Hong Tat, Ms Sun Xueling, and Mr Desmond Tan, will have changes in their appointments.

The full list of Cabinet reshuffle can be found here.

The last Cabinet reshuffle took place in Apr 2021, soon after DPM Heng announced that he would be stepping aside as 4G leader. 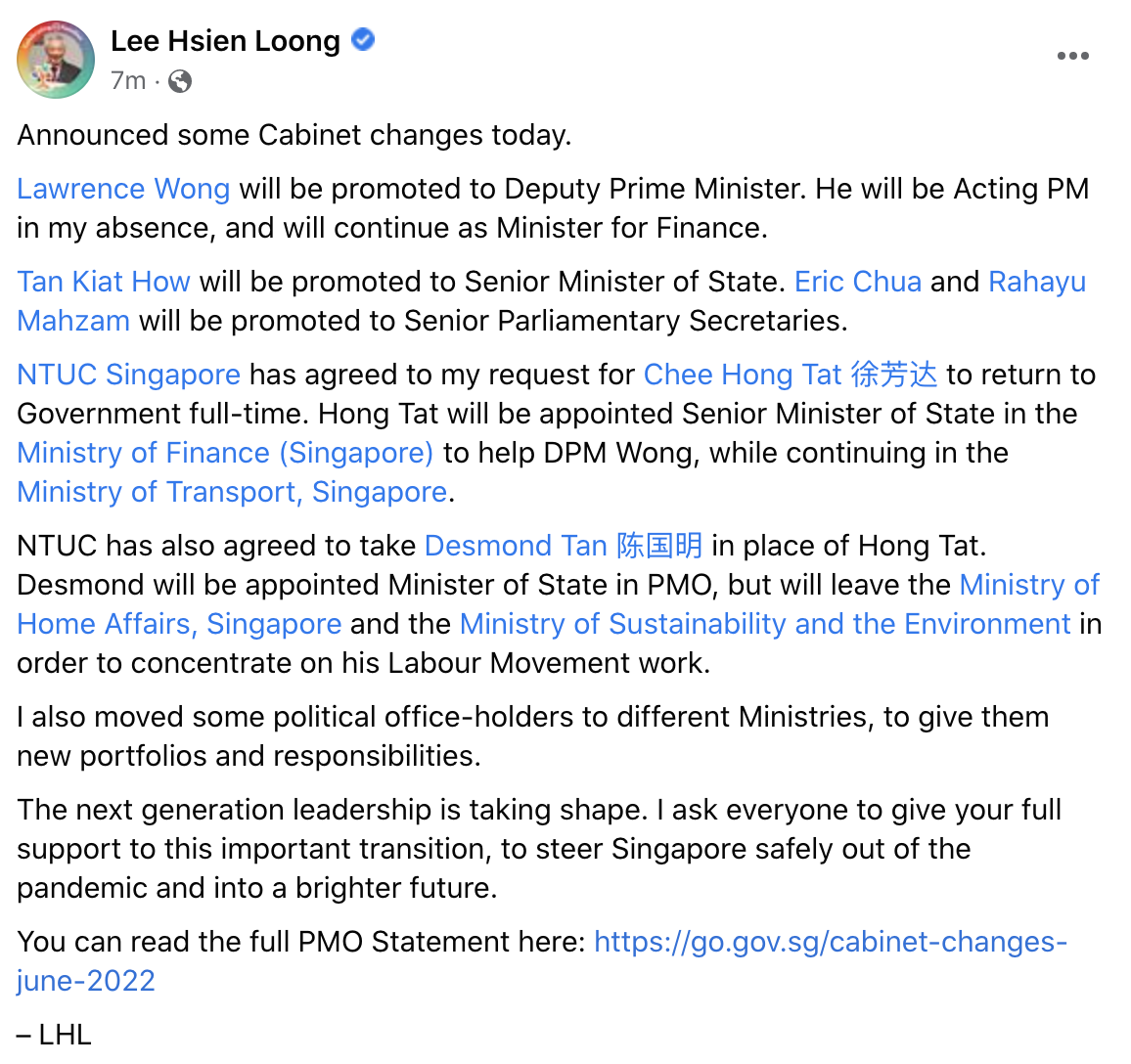 He asked that Singaporeans give their full support to this important transition that will steer Singapore safely out of the pandemic and towards a brighter future.

The appointment of Mr Wong as DPM solidifies his standing as the successor to PM Lee.

It marks an important milestone in Singapore’s leadership transition to younger leaders.

We wish Mr Wong all the best as he takes on the added responsibility at such a crucial time in our history.