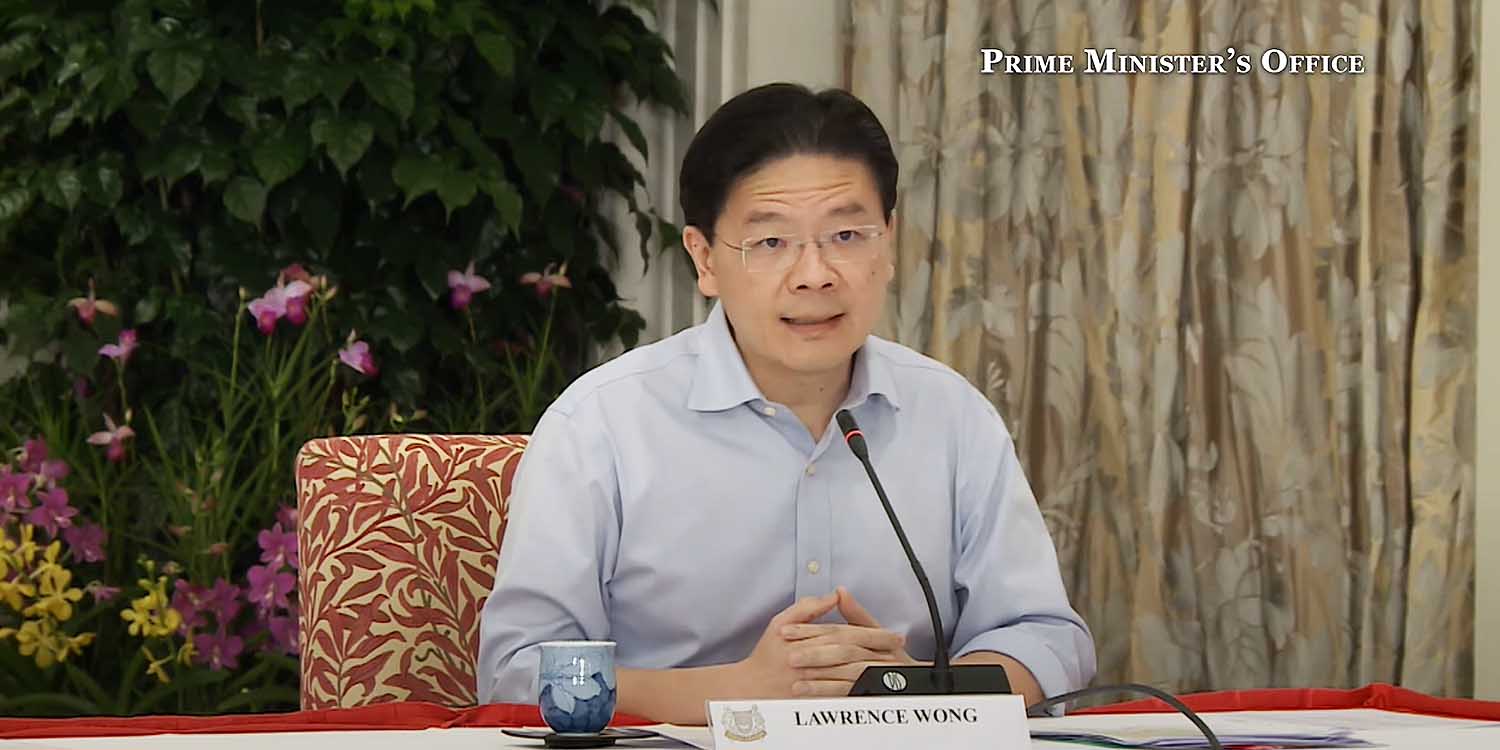 Adjustments to Cabinet appointments will be announced in due course.

Finance Minister Lawrence Wong has been chosen by Cabinet ministers to be the leader of the PAP’s 4G team.

Making the announcement on Thursday (14 Apr), Prime Minister Lee Hsien Loong said there was overwhelming support during a recent consultation among the ministers for choosing Mr Wong as the leader. 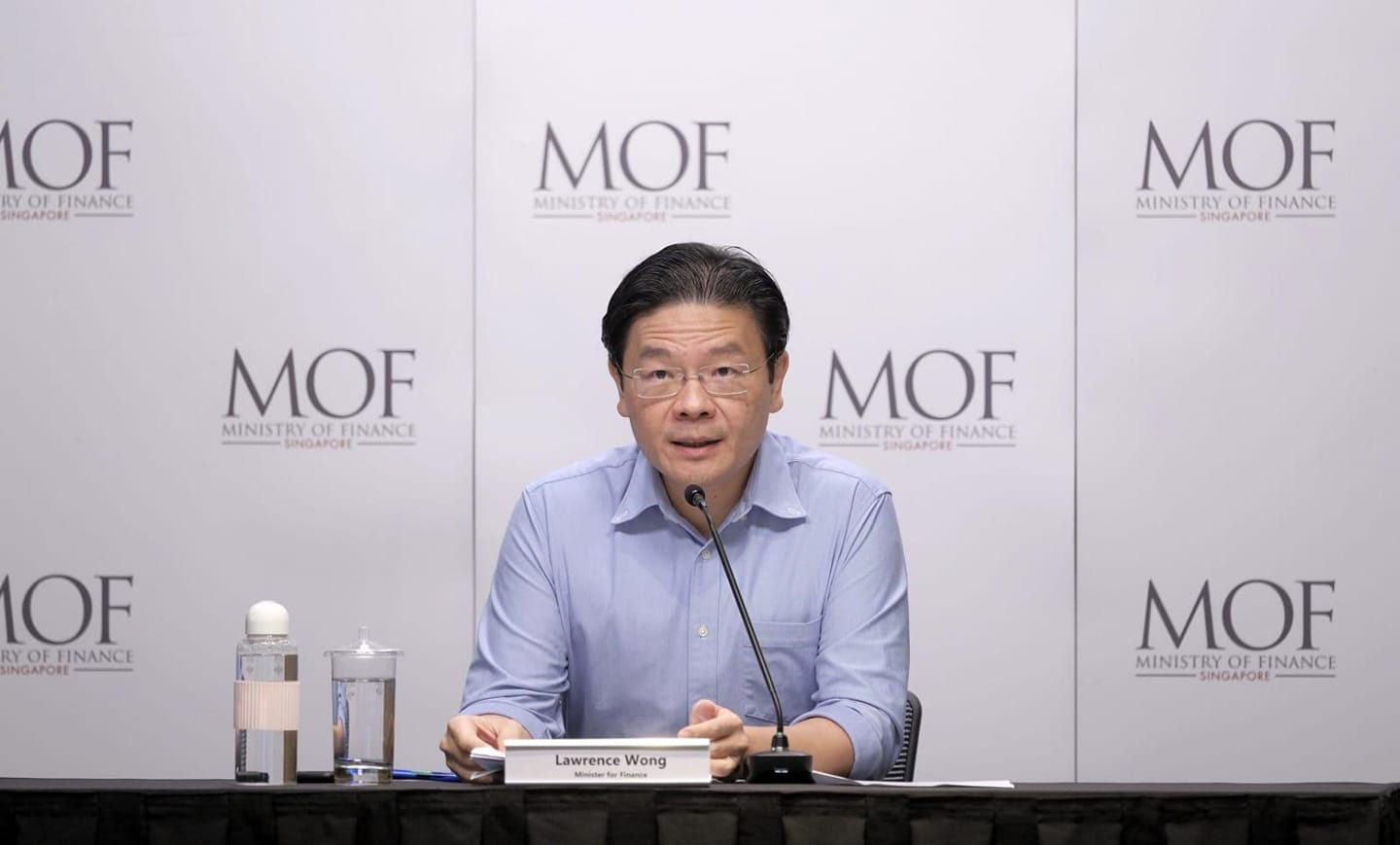 PM Lee also said that there would be adjustments made to Cabinets appointments. These will be announced in due time.

On Thursday (14 Apr) evening, PM Lee issued a statement announcing that Minister Lawrence Wong has been chosen as the leader of the PAP’s 4G team. 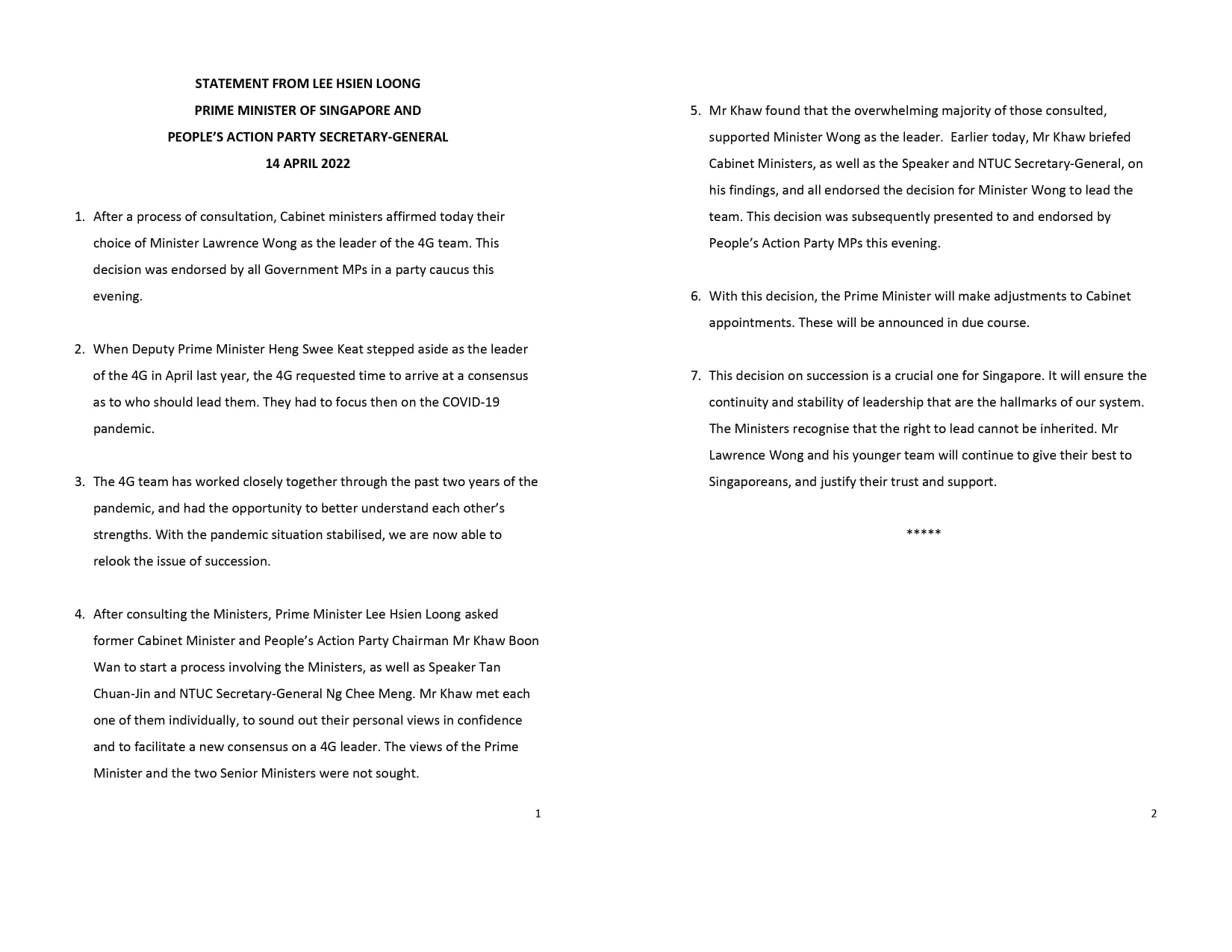 Prior to the announcement, PM Lee had asked former Cabinet minister Khaw Boon Wan to kickstart a process to gather the personal views of the ministers, Speaker Tan Chuan-Jin, and NTUC Secretary-General Ng Chee Meng to facilitate a new consensus on a 4G leader.

This consultation, however, did not involve PM Lee and two senior ministers.

During the process, Mr Khaw found that the “overwhelming majority” of those consulted supported Mr Wong as the leader.

Earlier on Thursday (14 Apr), Mr Khaw briefed the Ministers, Mr Tan, and Mr Ng on the findings. All of them endorsed the decision for Mr Wong to lead the team.

The decision was later presented to and endorsed by PAP MPs.

Cabinet adjustments to be announced in due course

Following the decision, PM Lee said there will be adjustments made to the Cabinet appointments, which will be announced when the time is right.

He stressed that the decision is important for Singapore and will ensure the “continuity and stability of leadership that are the hallmarks of our system”.

PM Lee also assured Singaporeans that Mr Wong and the rest of his team would continue doing their best to justify Singaporeans’ trust and support.