Accidents during transport are bound to happen every now and then, and that happens even for 5-time Formula One World Champion Lewis Hamilton.

A video showing Lewis Hamilton riding a kick scooter and dashing through human traffic when he accidentally hits a man on his elbow, causing the man to drop his iPhone 6s.

However, Lewis resolved the issue by signing the man’s phone. The text on the phone says “I’m so sorry. Was rushing to get in the car. Best wishes”.

Chris Stott, who claims to be the owner of the phone, said that it was a “great gesture” from Hamilton. 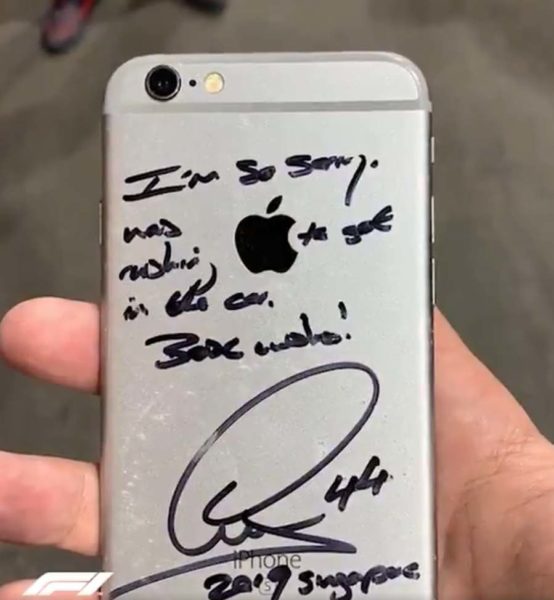 Man was trying to take a picture

The man can be seen in the video trying to take a picture for 2 other men when Lewis suddenly dashes in front of him trying to get into the pit. 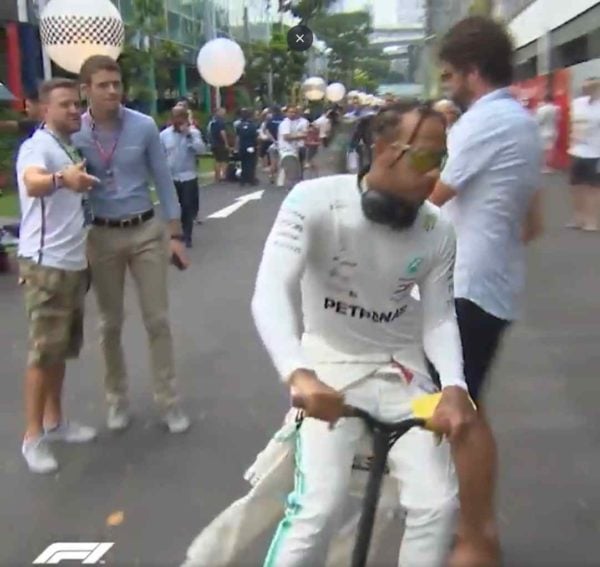 Even though Lewis tried to avoid contact, his shoulder hit the man’s elbow, causing the man to drop his phone. 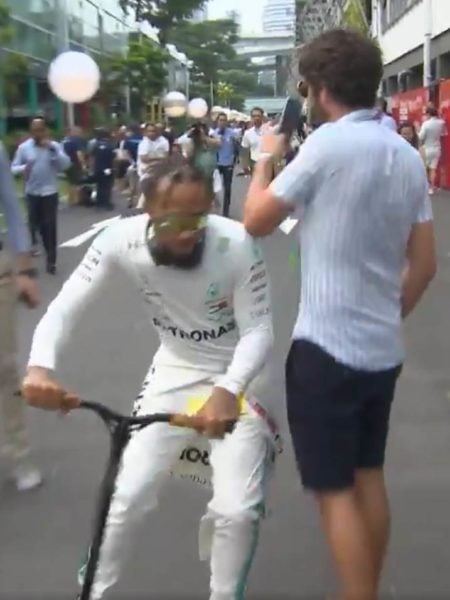 It was not shown in the video how or when Lewis signed the phone.

The phone’s worth may increase

Although it may seem unlucky for the man, the signature on the phone may be worth quite a lot, considering that it could be the only iPhone 6s to be signed by Lewis at the 2019 Singapore Grand Prix.

Here are some other items signed by Lewis that are being sold at high prices online: 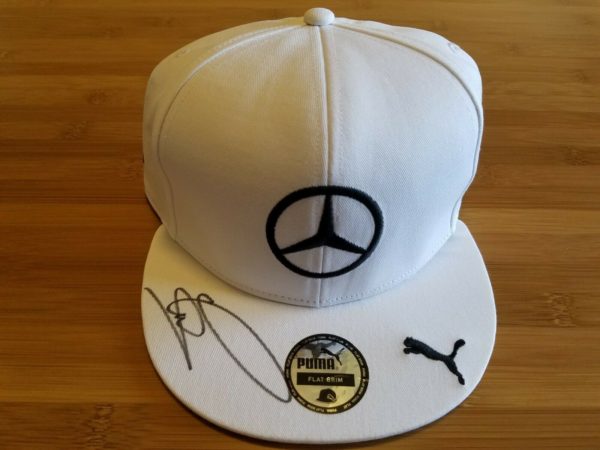 You can get this cap, which is 1 of 400 caps that were sold during the 2014 British GP, where Lewis broke the record after winning 6 times at the British GP. 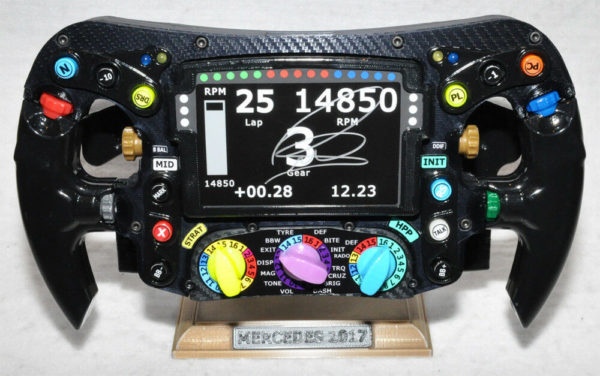 This Mercedes steering wheel is a 2017 replica with spring-loaded paddles and clicking switches. 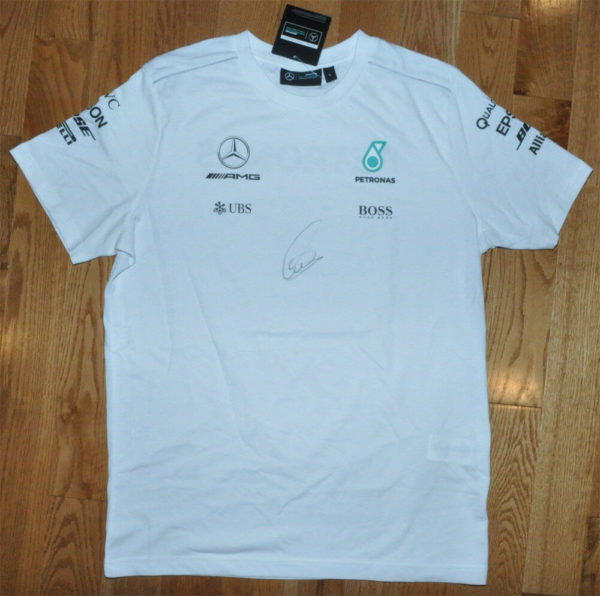 With the prices on the list being so high, even for one merchandise T-shirt, the iPhone that Lewis dropped and sign could potentially be sold for an inflated price too.

How much do you think the iPhone that Lewis signed can go for? Let us know in the comments below!

Animal Group Pays Tribute To Sembawang Temple Dogs, Apologises For Letting Them Down