Lim Tean is well-recognised for being the founder of political party People’s Voice but is also a lawyer.

And on Wednesday (24 Nov), 13 bus drivers who are in the midst of a lawsuit against SBS Transit hired Mr Lim as their lawyer 2 days after they discharged their previous lawyer M Ravi.

Mr Lim took to Facebook to share the news, pledging that he will do his best to protect the interest of the drivers. 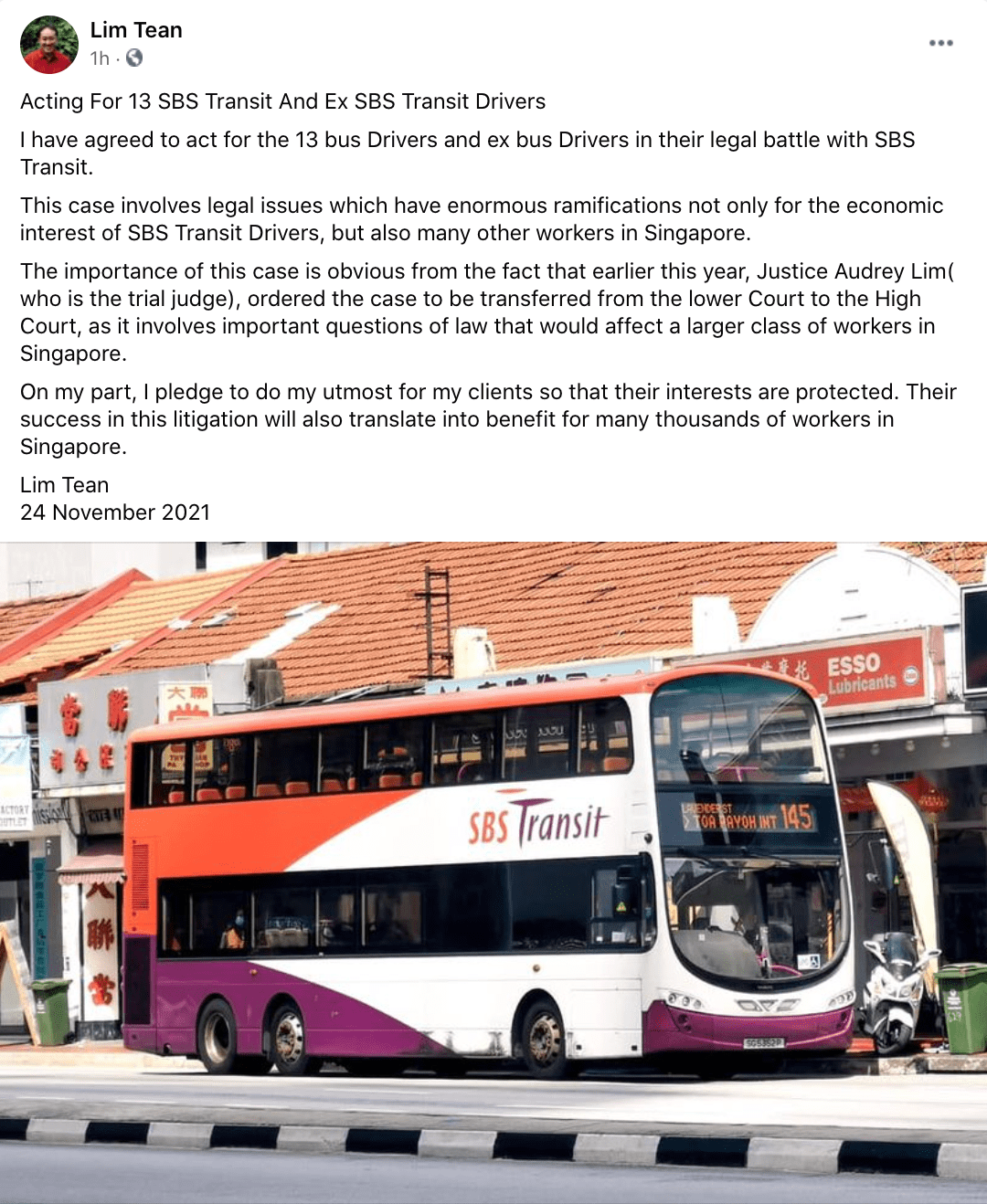 On Wednesday (24 Nov), the main plaintiff in the SBS Transit lawsuit, Mr Chua Qwong Meng, said he and the other bus drivers have appointed Mr Lim to represent them. 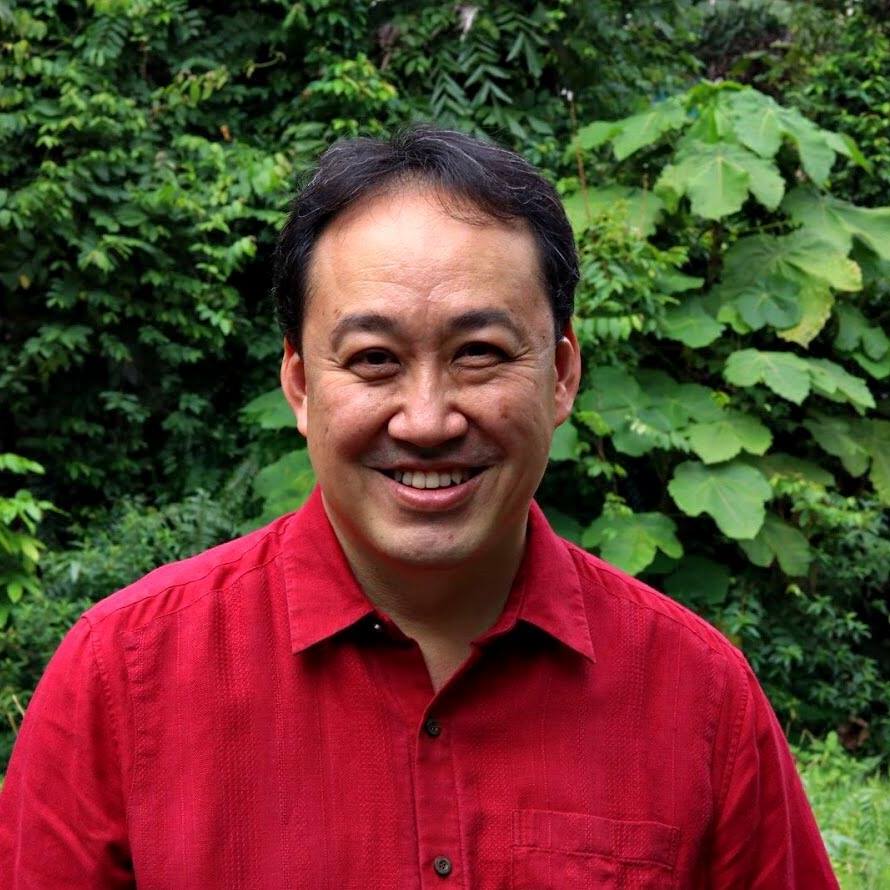 According to Channel NewsAsia (CNA), Mr Chua thanked Mr Lim for agreeing to take up their case on such short notice, despite his own heavy caseload.

He added that Mr Lim was doing this with no demands about fees.

Mr Chua remarked that Mr Lim was a “prominent lawyer and political leader” who has acted in several high-profile legal cases.

The bus drivers are confident that he will plead their case effectively in court and ultimately, help them achieve their desired outcome.

Mr Lim also confirmed that he was taking up the SBS Transit case on Facebook.

In his post, he said this case was important as it has enormous ramifications that involve not only the SBS Transit drivers but also many other workers in Singapore.

Substantiating this statement, he pointed out that Justice Audrey Lim, the presiding judge, had earlier moved this case to the High Court.

Mr Lim then pledged that he will do his best for his clients so their interests are protected.

He continued that success for them in these proceedings will translate into benefits for thousands of Singapore workers.

During the 1st day of trial, Mr Ravi had called the opposing defendant lawyer a “clown” and accused Justice Lim of being biased.

The drivers later expressed that they do not condone such behaviour and added that Mr Ravi had badly hurt their case.

The pair did not part on the best of terms as Mr Ravi made allegations of Mr Lim sexually harassing a paralegal.

Wish bus drivers all the best

We’re glad the bus drivers managed to secure Mr Lim as their lawyer in such a short time span.

Hopefully, their interests will be better represented moving forward. We wish them all the best in their lawsuit.