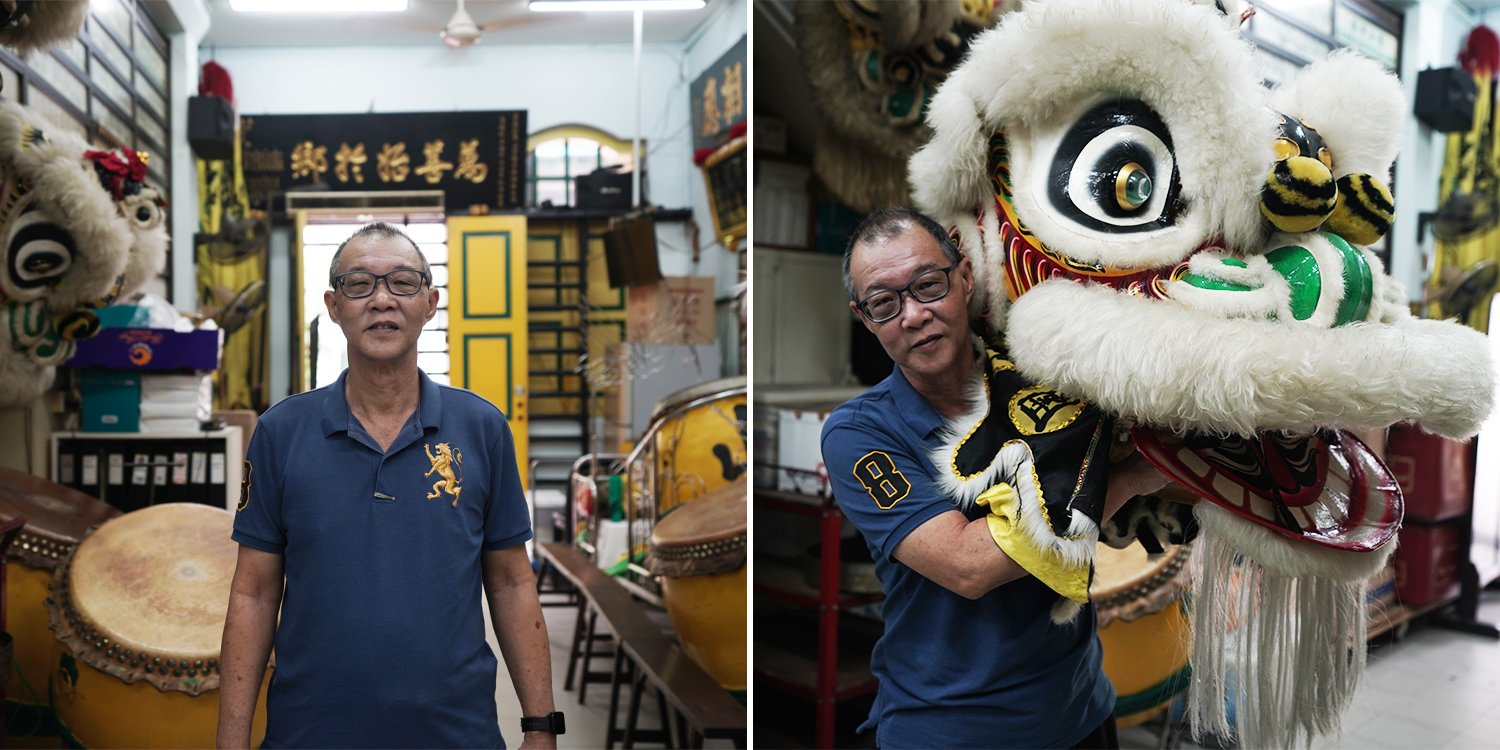 Training methods have changed but the passion is still alive.

Lion Dance Culture In Singapore Has Changed, But It Is Still Very Much Alive

Spending every Sunday morning in a small shophouse drenched in sweat is not the ideal way many of us would want to spend our weekends.

But for a small, tight-knit community in Singapore, that is precisely what they choose to do. 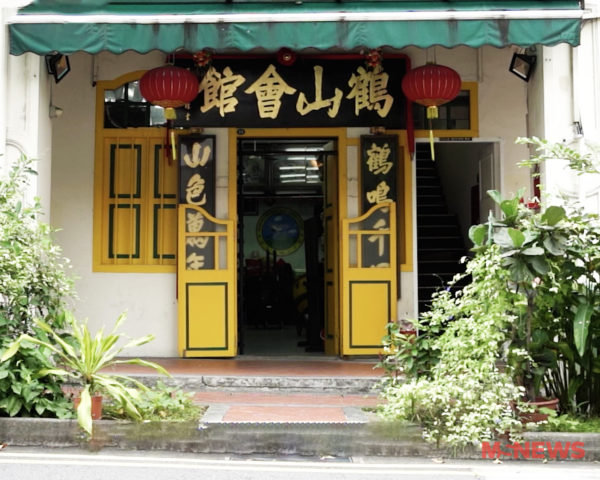 In a fast-paced world that leaves little space for long-standing cultural art forms, MS News sat down with 61-year-old Li Fu Hua, General Affairs Manager of the association, as he shared about the challenges they face in fighting to preserve the sport they grew up performing.

Through our conversation, we learnt that while the culture of lion dance has shifted over the years, the community continues to hold tight to its core values with the hope of it continuing for generations to come.

“I’ve been coming here since I was 10 years old. Now, I’m 61,” Mr Li said as he looked around the room, nostalgia clearly reflected in his eyes.

Just like many others in the Hok San Association Lion Dance Troupe, Mr Li grew up in the association with his parents and seven siblings. 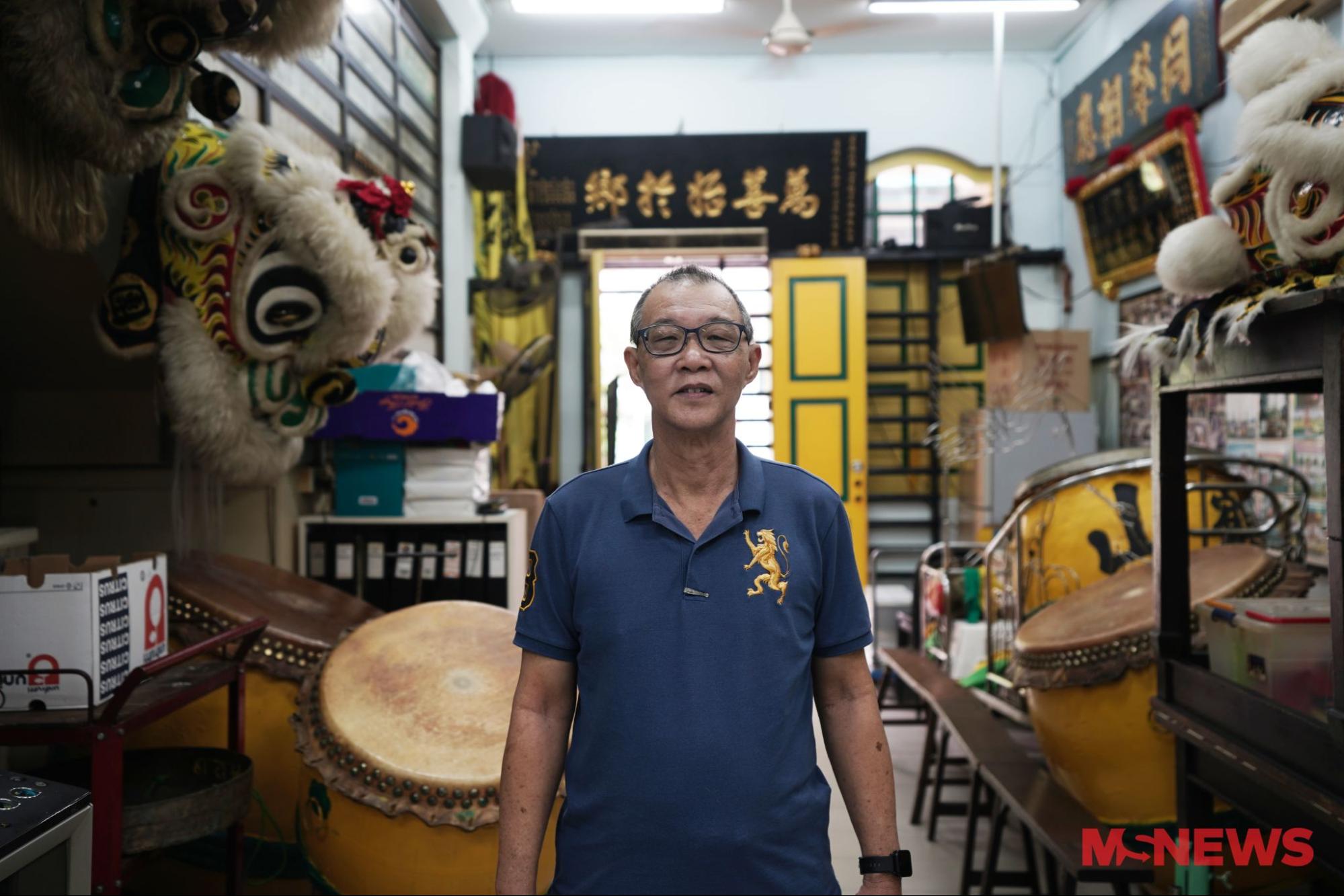 But the lion dance troupe’s history long predates him. It was started in 1919 by a group of coolies from Heshan in Guangdong, China.

At that time, recreational activities were scarce, and they wanted to bring their traditions over. As the dance troupe grew, it eventually evolved into a clan association.

Speaking in Mandarin that far surpasses our comprehension skills (much to his amusement), Mr Li shared that establishing the dance troupe was highly challenging for the first generation.

So, since a young age, shifus made sure their students knew that the lion dance troupe and the association were to be cherished and passed down to people who have the heart for it.

Unlike most dramatic performances we see of the lions hopping from pole to pole, the Hok San lion dance style follows that of the Southern school, with its roots in wushu.

It involves fluid cat-like movements that see the lions standing on their hind legs and plucking the greens (采青). 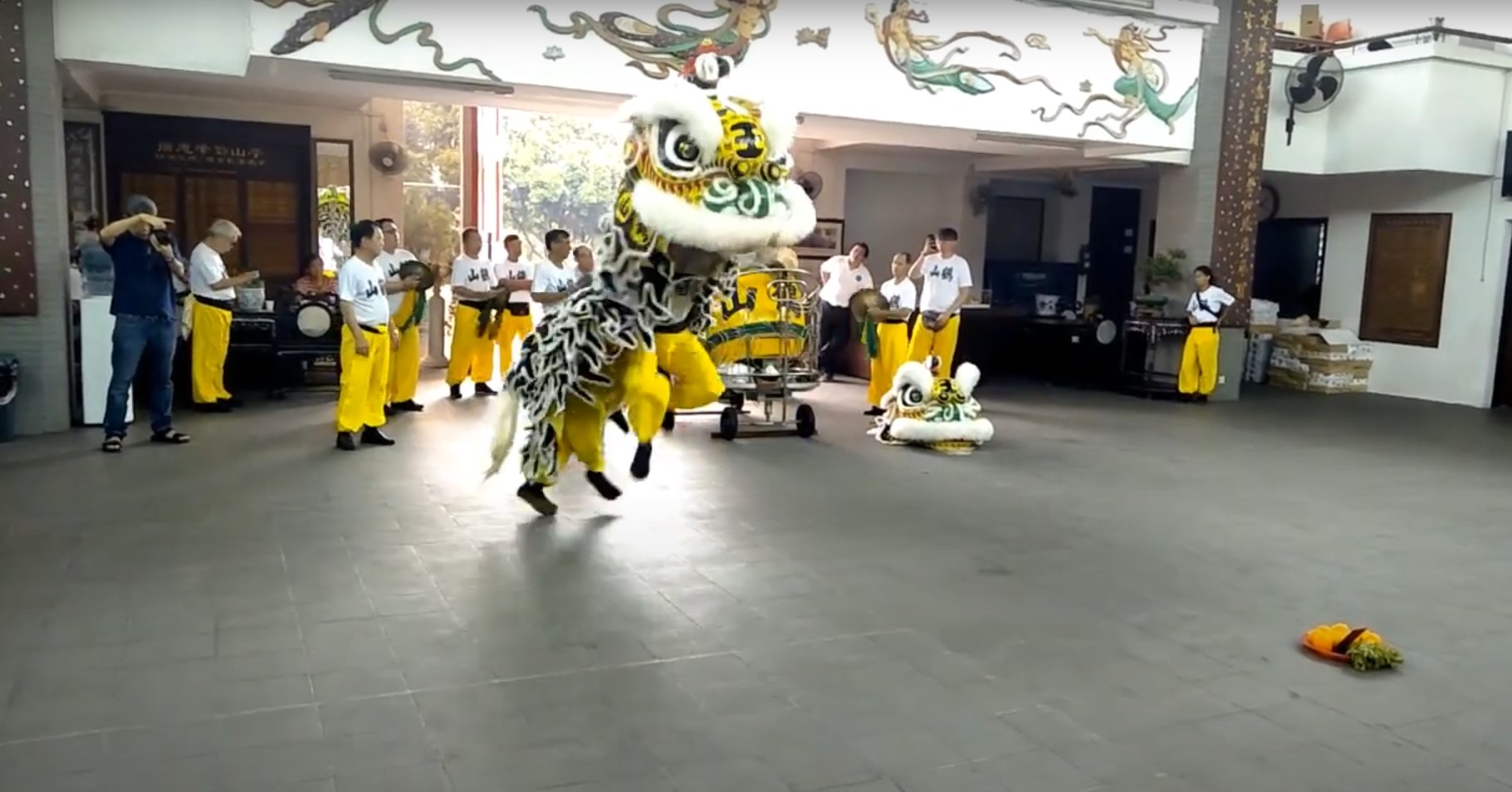 While it might not seem like much to the average eye, these lion dancers have spent years and years honing their martial arts skills to get where they are.

Because of this, in the early days, lion dance troupes gained a bad rep for their alleged ties to secret societies and violent gangs.

But that’s just one of the many things that have changed over time.

Hok San’s students are hand-picked or recommended by members

As he talked about the sport he loves, Mr Li’s words had several recurring themes — passion, discipline, and change.

All three are crucial to keeping the Hok San Lion Dance Troupe roaring through the last 100 years, even at a time when many others have disbanded.

With a smile that soon turned into a serious expression, Mr Li declared,

This is something that all teachers and coaches at Hok San embody, especially considering that none of them is paid, and everything is done voluntarily.

Their students are either recommended by members or hand-picked. They do not impart their skills to just anyone.

Hok San lion dance lessons take place every Sunday from 10am to 1pm, with students ranging from as young as five.

Speaking about his own lion dance journey, Mr Li said they will always start with doing ma bu, or the horse stance, for hours on end. 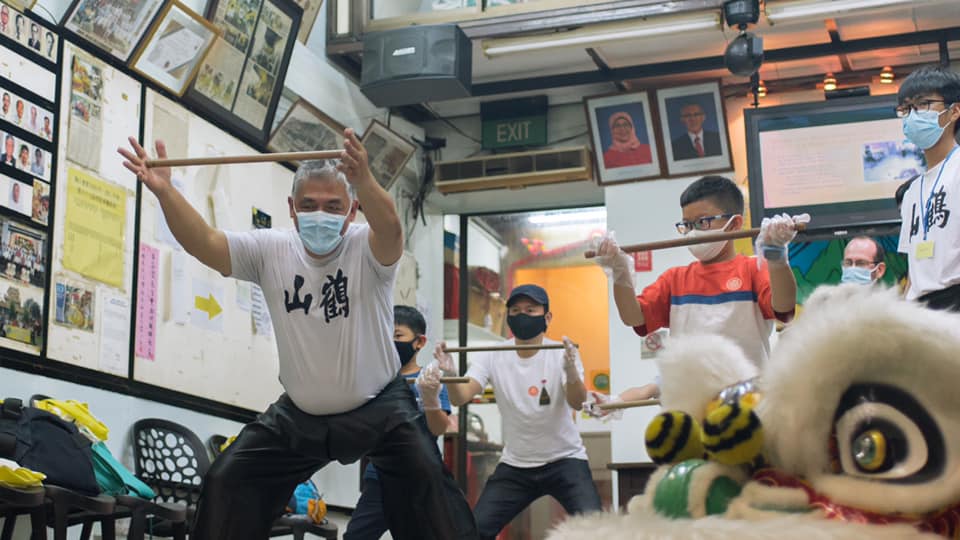 “In the past, the shifu would stand on your thighs and shake them to see if you’re steady,” he said. Only then would they begin to teach the other wushu basics.

Back then, students had to master all fundamentals of the lion dance – from playing the drums, the cymbals, and the gong – before even getting to touch the costume. 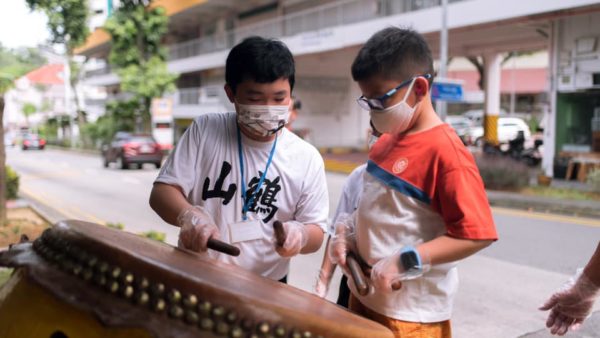 Shifus were also ruthless — if students went off beat while hitting the drums, they could expect to be yelled at immediately.

They were strict, so we learned.

These days, things are very much different.

“Students these days, how can you scold them?” he sighed. “If you scold them this week and next week, they won’t want to come anymore.”

He also claimed that students are more averse to suffering — they want to pick and choose what they learn.

In addition, there’s much more room to converse with shifus rather than the top-down approach the sport used to entail.

A balancing act between history & continuation

Things have vastly changed from the days when students used to go down to the association every day after school.

“Last time, there were fewer forms of entertainment, unlike now where there’s karaoke, and there are computers,” said Mr Li.

His words were laced with a hint of loss, not just for the lion dance culture, but for the bonds those in the association had.

He shared that they used to practise wushu from Mondays to Fridays and learn lion dance on Sundays. 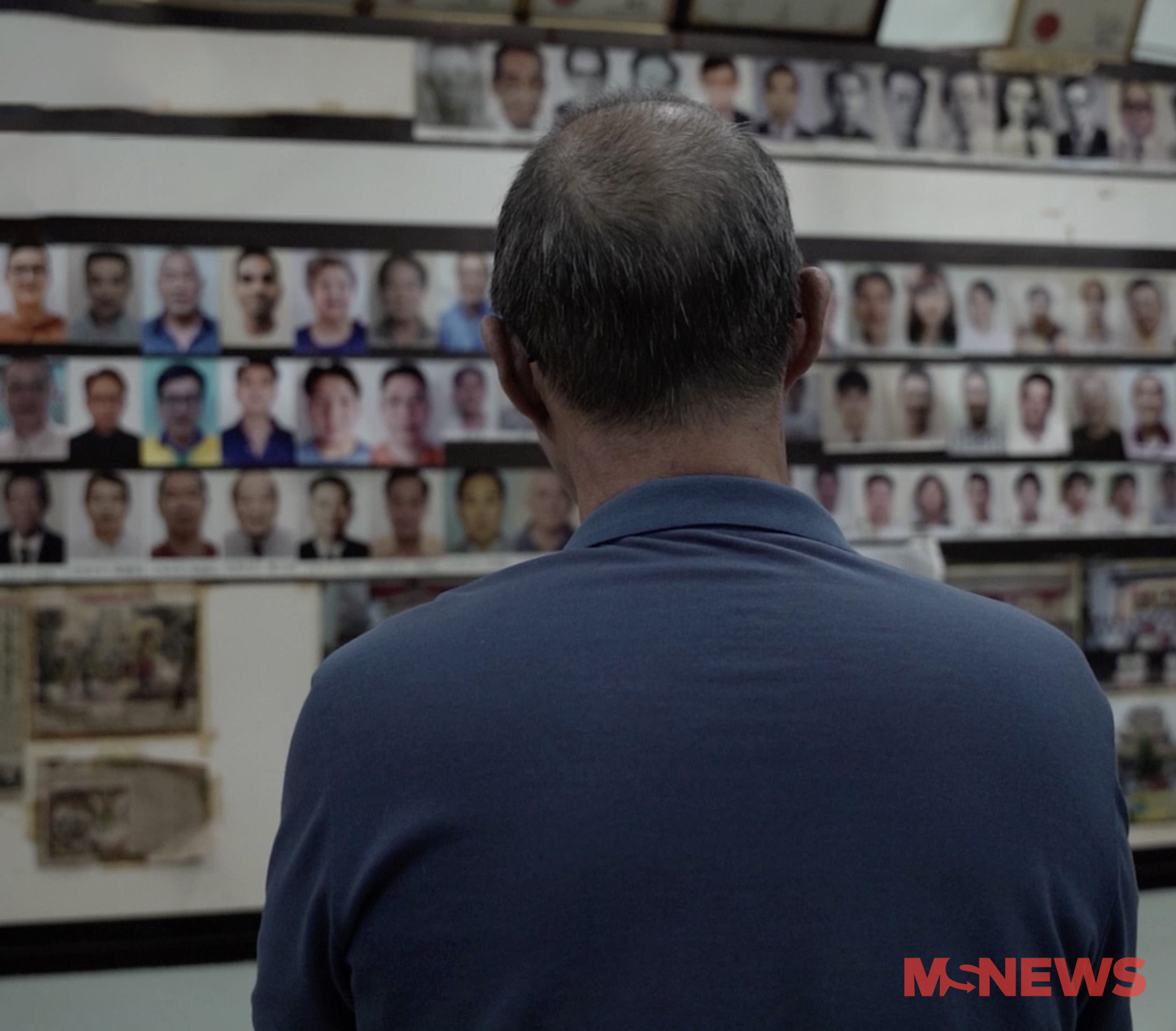 These days, they will ask the students to put their studies first. Lion dance troupe members come from all walks of life, from public servants to technicians to doctors.

At a time when it’s incredibly challenging to capture and sustain the attention and hard work of a preoccupied younger generation, the Hok San Lion Dance Troupe continues to value passing down the culture.

The association is more accommodating towards everyone’s schedules when planning performances. Shifus are a lot less harsh in their teaching methods as well. 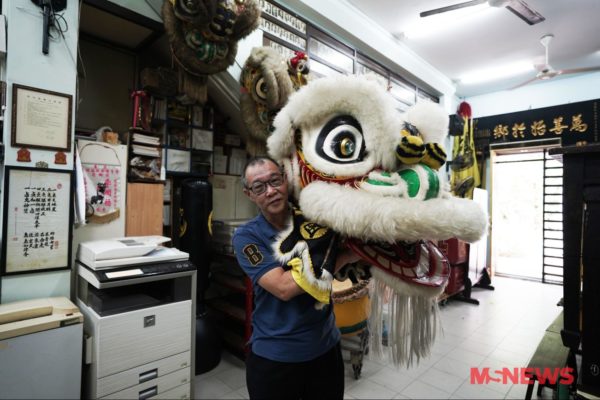 Then there are all the costs to consider. Financing a lion dance troupe is tough work — one costume can cost between S$1,800 and S$2,000. And they relied heavily on the money they got from performances.

This means the troupe members are not getting paid and are all there voluntarily. “But they do get food, of course,” Mr Li said with a chuckle.

For them, lion dance is not a job, but a passion and a way of life.

Things are different now, but it’s a balancing act. They remain true to the art of lion dance, demanding perfection of skills and attracting a younger generation just as passionate about it.

While some might say the culture of lion dance is dying here, 100-year-old Hok San Association Lion Dance Troupe is keeping it roaring in their unassuming Kreta Ayer shophouse.

The training may be easier, and the gongs and cymbals lighter. But the weight on their shoulders is just as heavy to keep the art of lion dance alive — just as it was for earlier generations, who fought to establish themselves in the community.

So the next time you watch a lion dance performance, think of all the hard work that the troupe put in. You might feel a new level of appreciation and enjoyment for it.

Do you know any inspiring figures like Mr Li? Get in touch with us via email at news@mustsharenews.com.