The Little Twin Stars have travelled a long way to Earth to learn how they can be the shiniest stars. Now, they can also accompany you on your daily commutes too.

EZ-Link has released adorable Little Twin Stars EZ-Charms which you can now get from the Popular Show at Marina Bay Sands which happens from now till 7 Jul.

Alternatively, you can also buy them from selected Popular bookstores starting Monday (1 Jul).

Each of these star-shaped EZ-Link charms will be sold at $16.90 each and features Kiki and Lala riding on a unicorn against a dreamy pastel pink backdrop.

Do not that the charms are sold without any prepaid value. 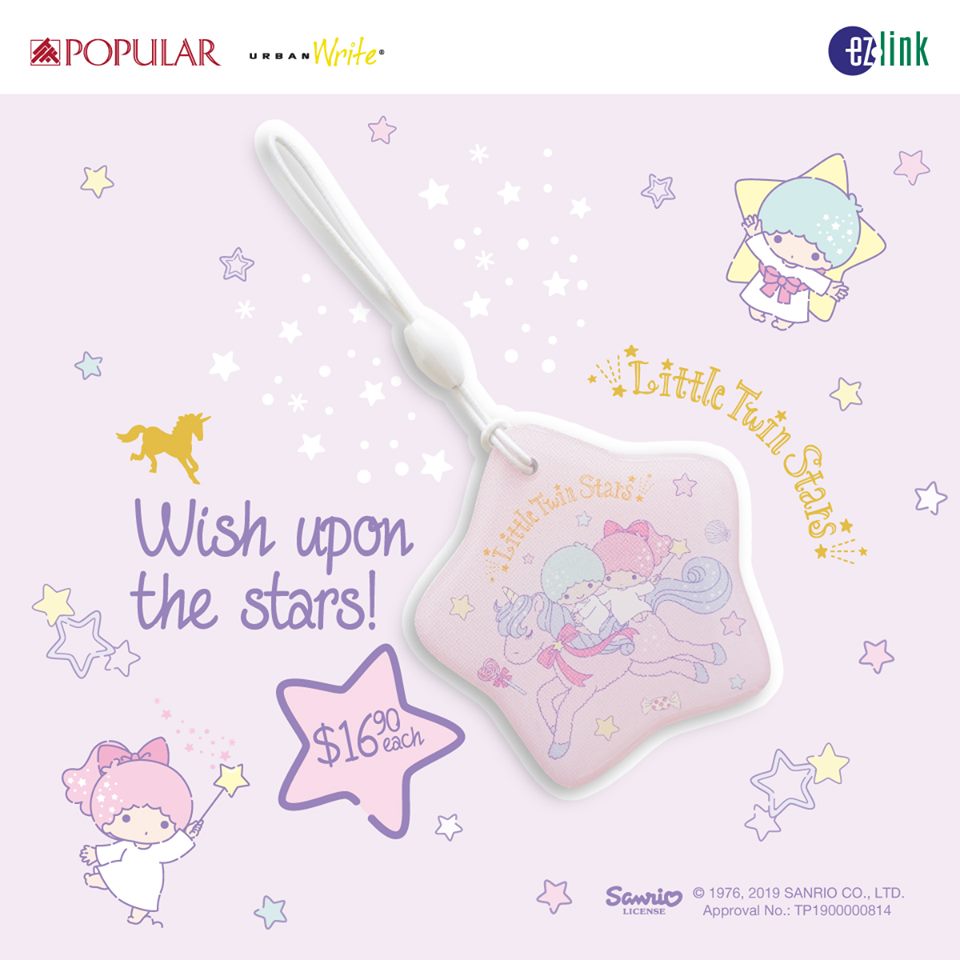 The Little Twin Stars EZ-Charms are now available at the Popular Show at Marina Bay Sands, B2 Expo Hall D and E till Sunday (7 Jul).

If MBS is too far for you, fret not. These charms will also be released progressively at the following Popular Bookstores starting Monday (1 Jul):

In addition, they will also be available at UrbanWrite outlets in the following malls as well:

However, do note that each customer will be limited to just 5 pieces per transaction.

Given how quickly past EZ-Charms were sold out, do be quick about getting them for yourselves and your loved ones!