Must Share News – Independent News For Singaporeans
Home Lifestyle FRESH Star Wars EZ-Link Charms Keep The Force With You As You Battle... The hype may be around The Avengers now, but Endgame is already bringing that series to a close. Or is it?

Meanwhile, a popular franchise that remains timeless, especially with recent revivals, is none other than the epic Star Wars series.

With Star Wars: The Rise of Skywalker slated for release in December, it’s never too early to start picking your side.

EZ-Link has collaborated with Disney and Lucasfilm to release exclusive Star Wars EZ-Charms for the most avid fans out there.

Pledge allegiance to the First Order or Rebel Alliance

You’ve seen the tense face-offs on screen as both the First Order and Rebel Alliance fight for control over the galaxy.

Good news is, you won’t have the fate of the galaxy in your hands when you decide between these cool Star Wars EZ-Charms. Pick the First Order or Rebel Alliance and all you’ll have is an awesome Star Wars emblem on your hands instead, for you to scan at any bus card reader or MRT gantry.

Let us remind you that these are also usable for payment at participating merchants, so you can show the cashier how big of a Star Wars fan you are.

The symbols are etched in gold against the black background, making for a sleek and stylish design.

Wear your loyalty on your wrist

Cutesie EZ-Charms like Pokémon and Tokidoki come in key-chain forms you can dangle from your phones or bags.

But Star Wars fans might prefer less flashy ways to display their obsessions, and these accessories are perfect for that.

Simply run your watch strap through the velcro loop and tighten to fix the charm in place.

And voila, you have your very own superhero watch that can grant you cool powers — getting on and off the bus or the MRT seamlessly, that is.

Sounds like nothing particularly jaw-dropping, but you can have fun tapping your watch on the card readers like you’re in a futuristic Sci-Fi movie.

These limited edition EZ-charms will be available at EZ-Link’s official online store on shopping platform Shopee from Friday (25 Apr) at 9am.

The charms cost S$19.90 each, which is a good price for such a huge franchise’s merch. 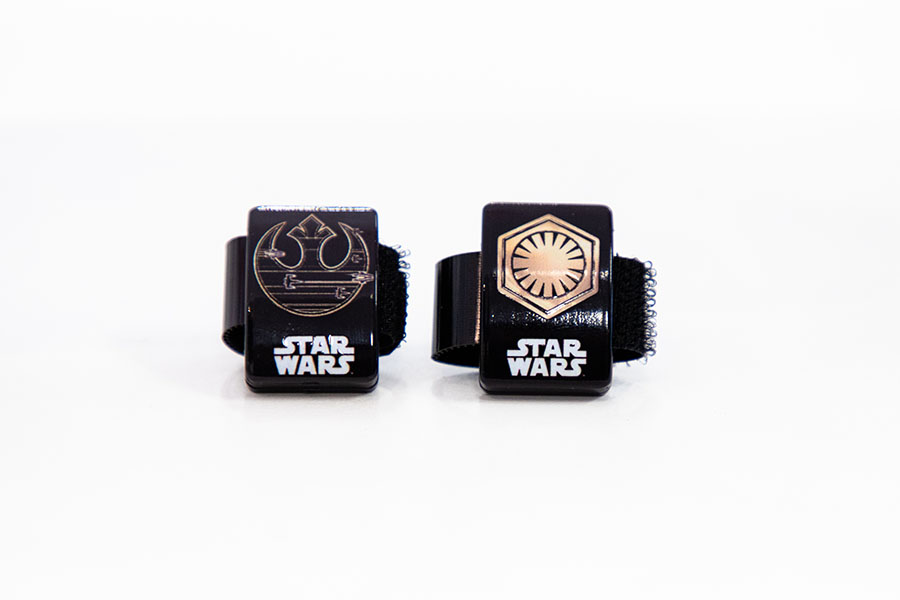 If you’re feeling like Kylo Ren struggling to choose between the light and dark side of the Force, why not go with both?

Be ready to add to cart and check out as soon as the charms launch tomorrow, and they might just get sold out within minutes. Good luck, and may the Force be with you.

All images courtesy of Shopee. Featured image by MS News.