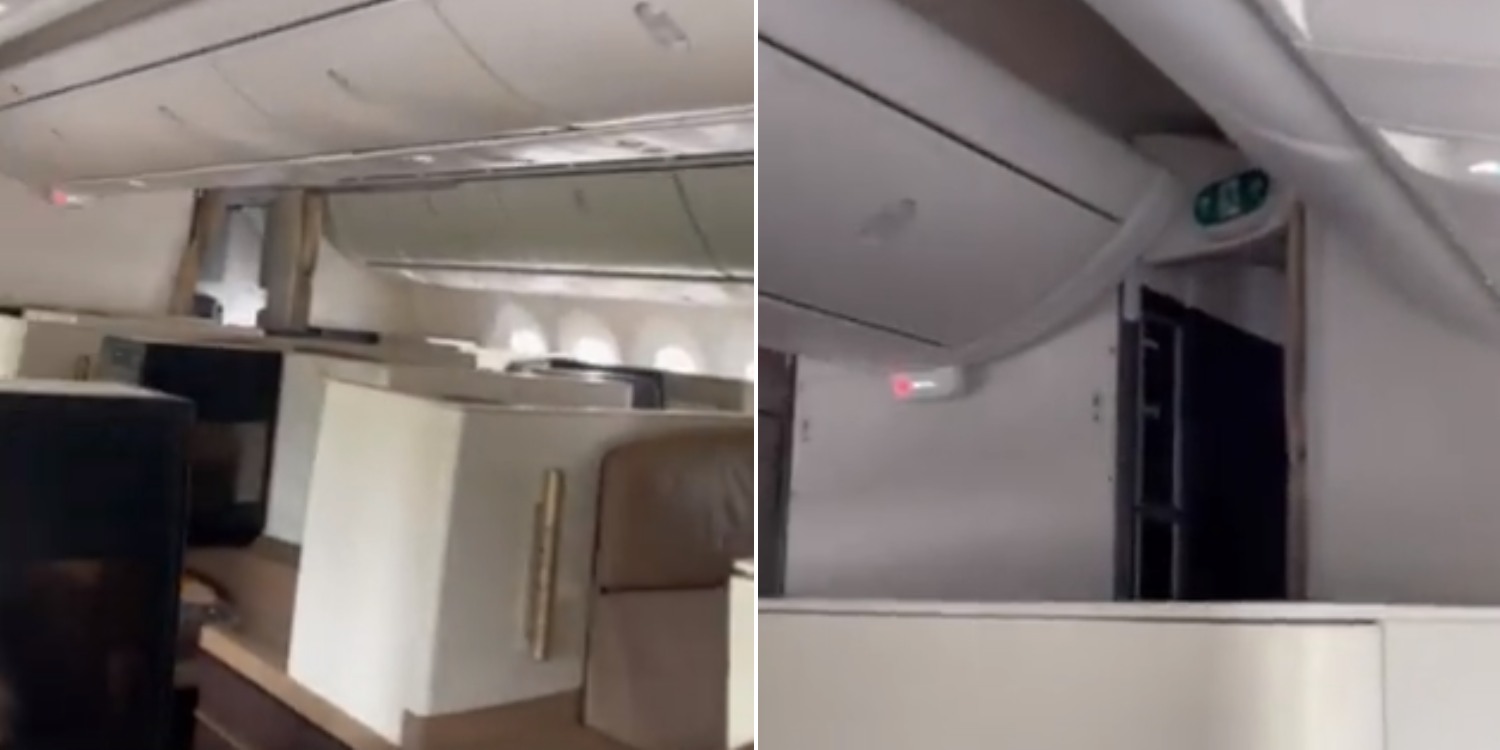 International flights, while rare, are still happening even in the pandemic. Although there are a lot of regulations to follow, getting on a plane for a flight is not impossible.

Considering the situation, finding yourself as the sole passenger on a flight may not be surprising at all.

Twitter user @ASvanevik or Alex found out that he was alone on a flight to Singapore on 29 Sep. Seeing as he was the only passenger on board, the service crew decided to address all announcements to him only.

In a video shared on Twitter, a cabin crew member announced the arrival to Singapore by addressing Alex by his name.

Think of flights and you’d probably imagine the cramped space as you share a row of seats with other passengers.

But that was not the case for Alex, who encountered empty seats and bone-chilling quietness on his flight to Singapore recently. In a tweet, he simply described it as a surreal experience.

While one could point out that a whole flight just for one person may seem environmentally unfriendly, he was later assured that the flight would’ve gone on with or without passengers.

He also shared video proof of the cabin crew addressing him directly just to prove that it wasn’t some clout-chasing tweet he sent out.

In the video, you can hear the cabin crew starting off the announcement by addressing him directly before sharing details of our country’s weather and local time.

Understandably, the tweet garnered a lot of attention online, with one user jokingly mentioning that this is the norm for a private jet.

With the pandemic still ongoing, others suggested that planes should start playing crying baby noises to maintain an authentic flying experience.

No matter how grand the flight may have been, he still has to undergo the 2-week quarantine that all incoming travellers are subjected to.

Seeing as he’s the only passenger on the flight, we can say that it was truly a first-class experience.

The surreal experience would make for a great story for a time when the pandemic is over.

How would you react if you found out you’re the only passenger on your flight? Let us know in the comments section!