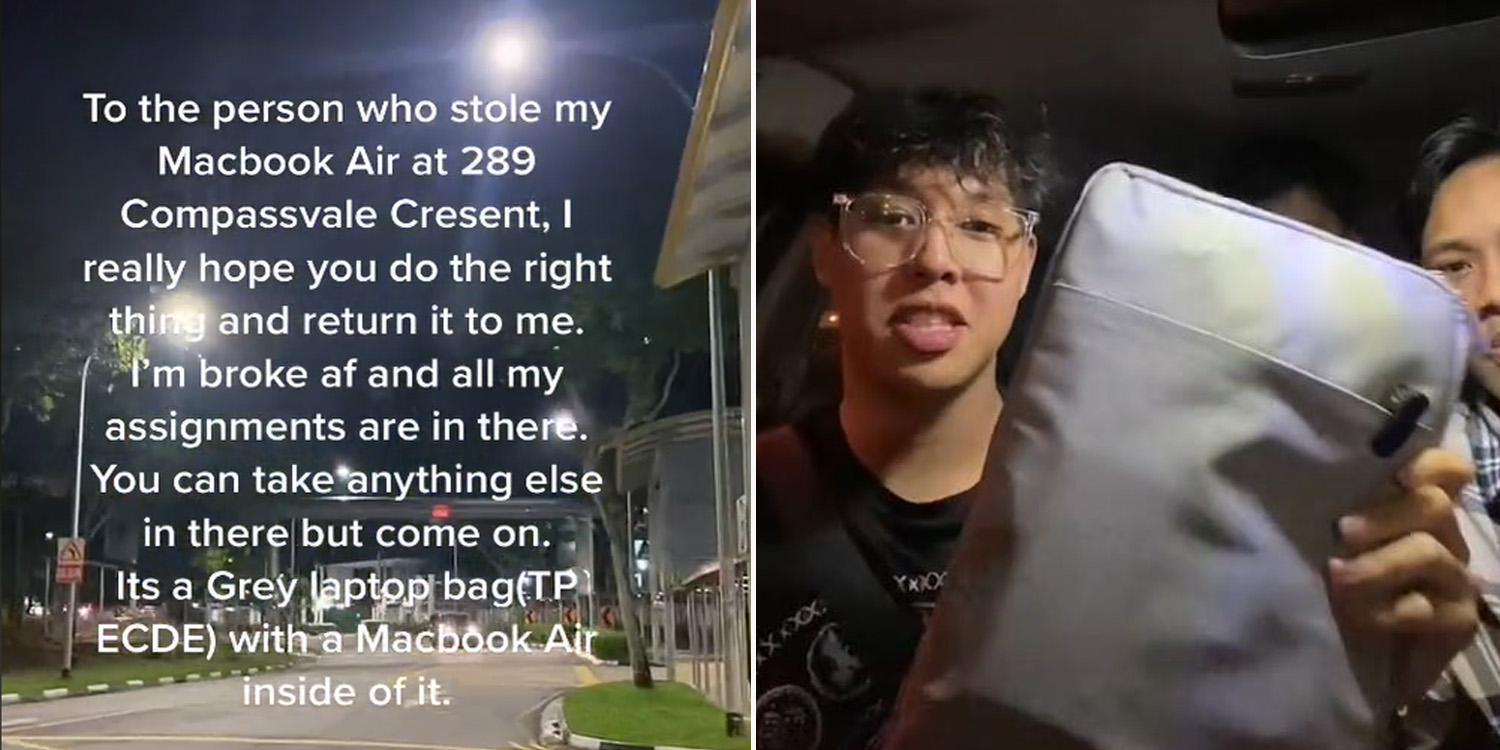 He was promptly contacted with information after the video went viral.

These days, the power and speed of social media in garnering help for others is truly remarkable. Posts become viral in a matter of minutes,  broadening the scope for receiving assistance.

This was the case for a student recently, who alleged that someone stole his laptop from him via TikTok.

Last seen on Find My at Compassvale Lodge Block 295. I tried everything, so Tiktok please help a dying student out.

His video gained a significant amount of attention and a woman soon contacted him with information.

Eventually, the student managed to reunite with his laptop. He proceeded to thank the individual who had returned it in a separate TikTok video, praising her for her kindness.

On Saturday (21 May), TikToker jayjones aka @azharjoness posted a video on the platform, appealing for help regarding his lost laptop. He alleged that the device was stolen from him and its last known location was in Compassvale Lodge Block 295. He also asked for the perpetrator to return it, as the MacBook contained all of his assignments.

“I hope you do the right thing,” he said. “You can take anything else in there but come on.”

Since its upload, the video has gone viral. Many users flooded the comments with suggestions, ranging from filing a police report to tracking the laptop.

Jay eventually found the laptop on 21 May, which he announced through a video on the day itself.

When pressed for details by other users, he explained that after the video became viral, an individual contacted him with information on the missing laptop via Instagram. 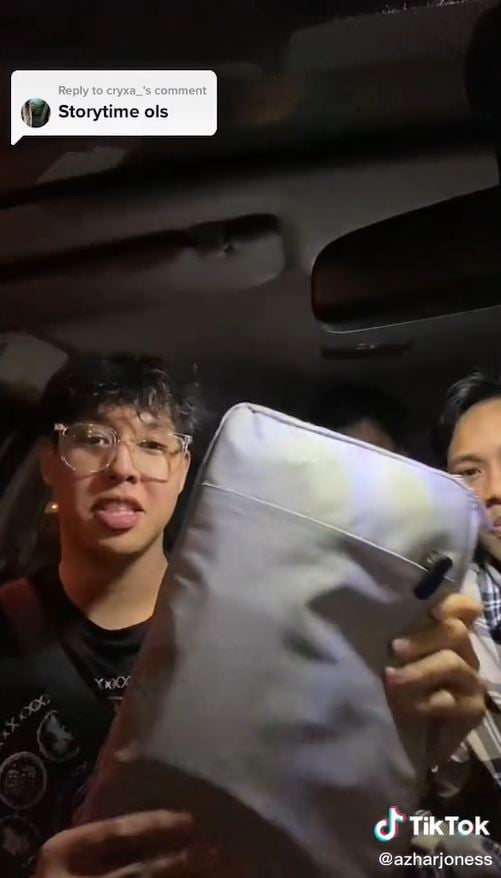 She gave him the Facebook profile of another woman who was holding onto the device for him, and he then contacted her via the app.

After confirming that he was indeed the owner of the laptop, they made arrangements to meet to allow Jay to collect his device.

Jay proceeded to praise the woman for her assistance, adding that she was a very “fun, bubbly person”.

She even went the extra mile by replacing an opened packet of biscuits left in the bag laptop with an unopened one, something that had not gone unnoticed by Jay. 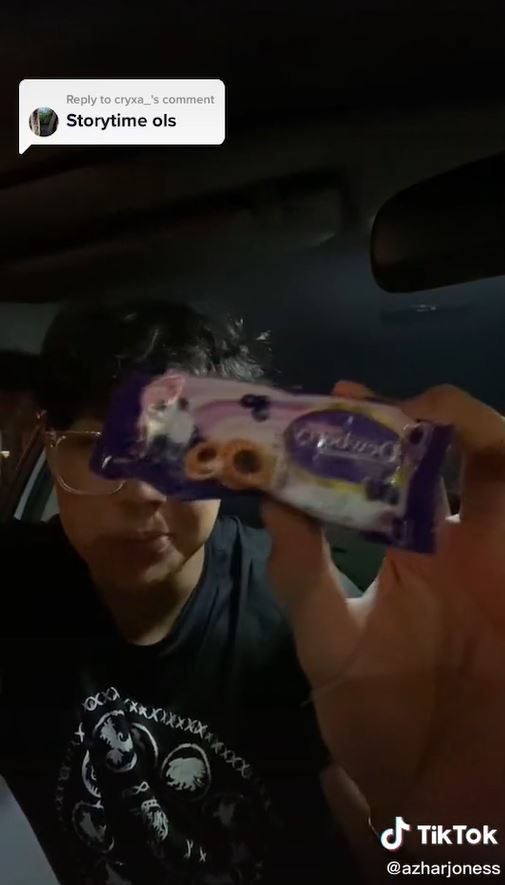 “I appreciate Ms Issey for everything,” he said in the caption.

Jay also added that if his video had not received the immense amount of attention that it had on TikTok, he likely would not have been able to find his laptop.

Props to kind strangers for helping this student out

In times like these, the wonders of social media seem truly incredible. That said, while the platform may have helped, it was the people using TikTok and other social media platforms who had helped Jay out, enabling him to find his lost laptop.

Ms Issey’s assistance in going the extra mile to return the laptop is commendable as she was a true Samaritan who ensured the device was returned to its rightful owner.

Here’s hoping that more of us endeavour to follow her example and extend a helping hand to those who require it in the future.

Featured image adapted from @azharjoness on TikTok and TikTok.