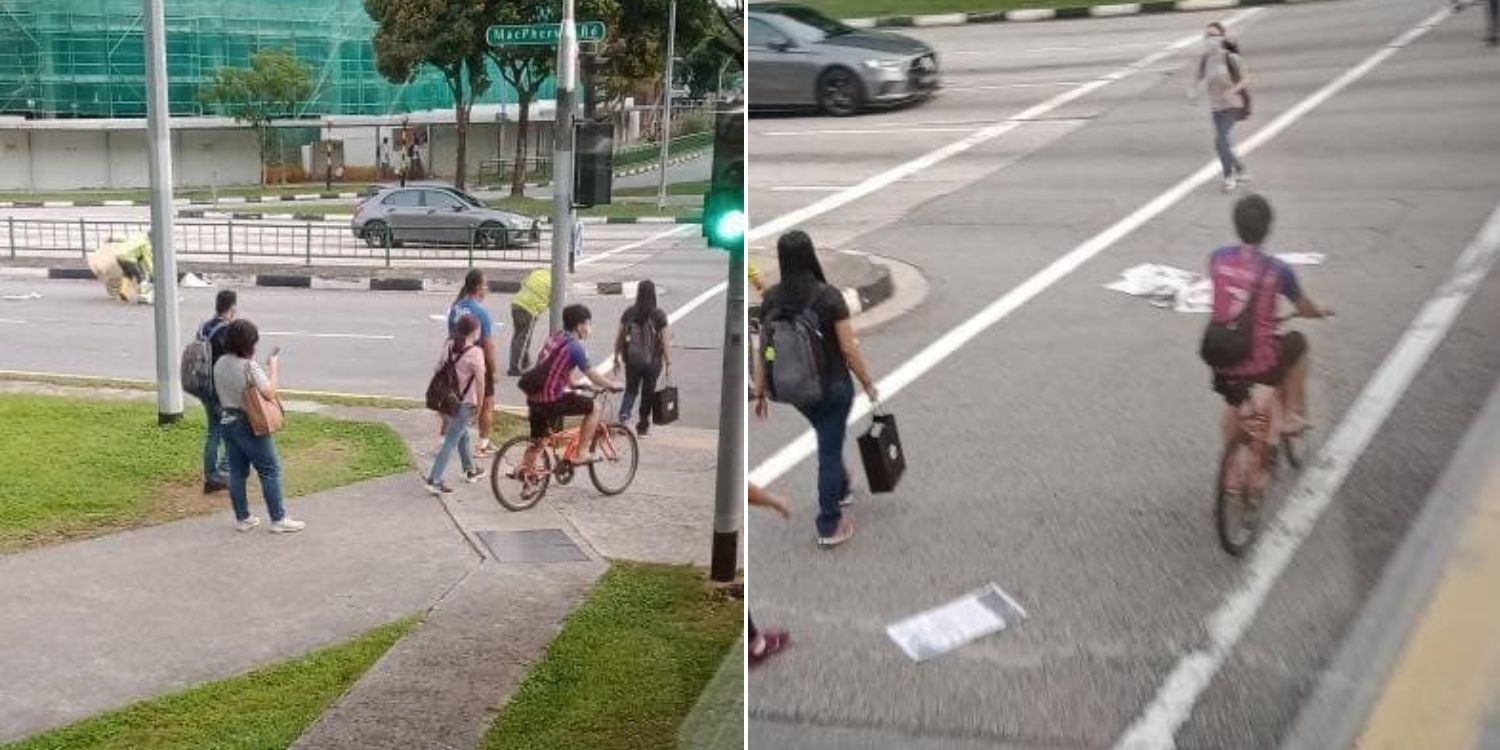 Cleaners are crucial to our society and yet they are often underappreciated. For some cleaners in MacPherson, this was the reality they had to face on the job.

The photo also shows 2 cleaners painstakingly picking up the newspapers that had flown all over the road. 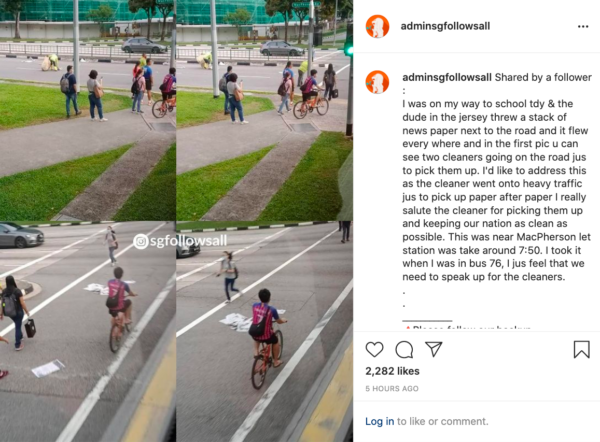 Passer-by captured incident on the way to school

According to the post, a cyclist donning a football jersey had thrown a stack of newspapers by the roadside, which later flew and scattered all over the road. 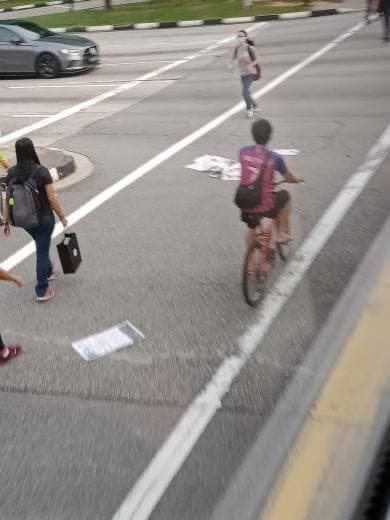 As this occurred during the peak hour, the 2 cleaners nearby had to pick up the rubbish amidst the heavy traffic. Accompanying the post was a caption saying, “I just feel that we need to speak up for the cleaners.”

Some netizens also shared similar sentiments. One netizen pointed out that the cyclist could’ve stashed the papers in his bag first, before discarding them in a bin.

While several others questioned the credibility of the source, MS News has reached out to @adminsgfollowsall for clarification. 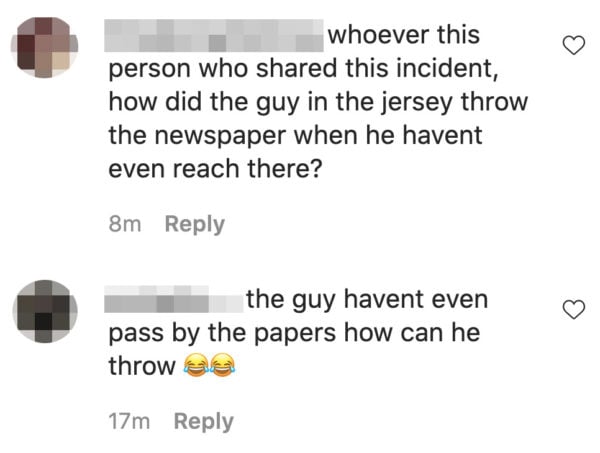 According to them, the passer-by had seen the cyclist discarding the stack of newspapers at the spot circled below. 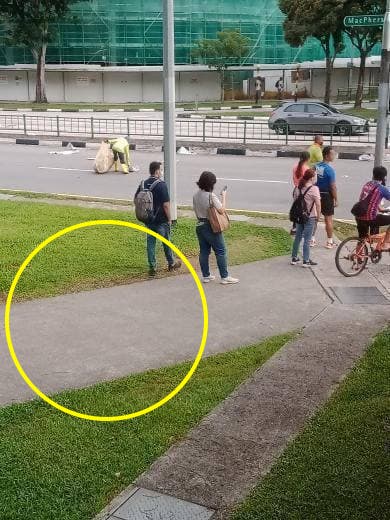 The papers then flew onto the road, prompting the cleaners to pick them up to avoid posing any harm to road users.

While there cleaners ensuring that public spaces are spick and span, the responsibility of ensuring cleanliness isn’t theirs alone.

Since we make use of these spaces too, we should do our part to keep them neat and avoid making unnecessary messes.

Let’s be responsible and considerate citizens and try not to inconvenience others.