Cleaners In Novena Tirelessly Peel Stickers Off Escalator, Redditor Says We Can Do Better 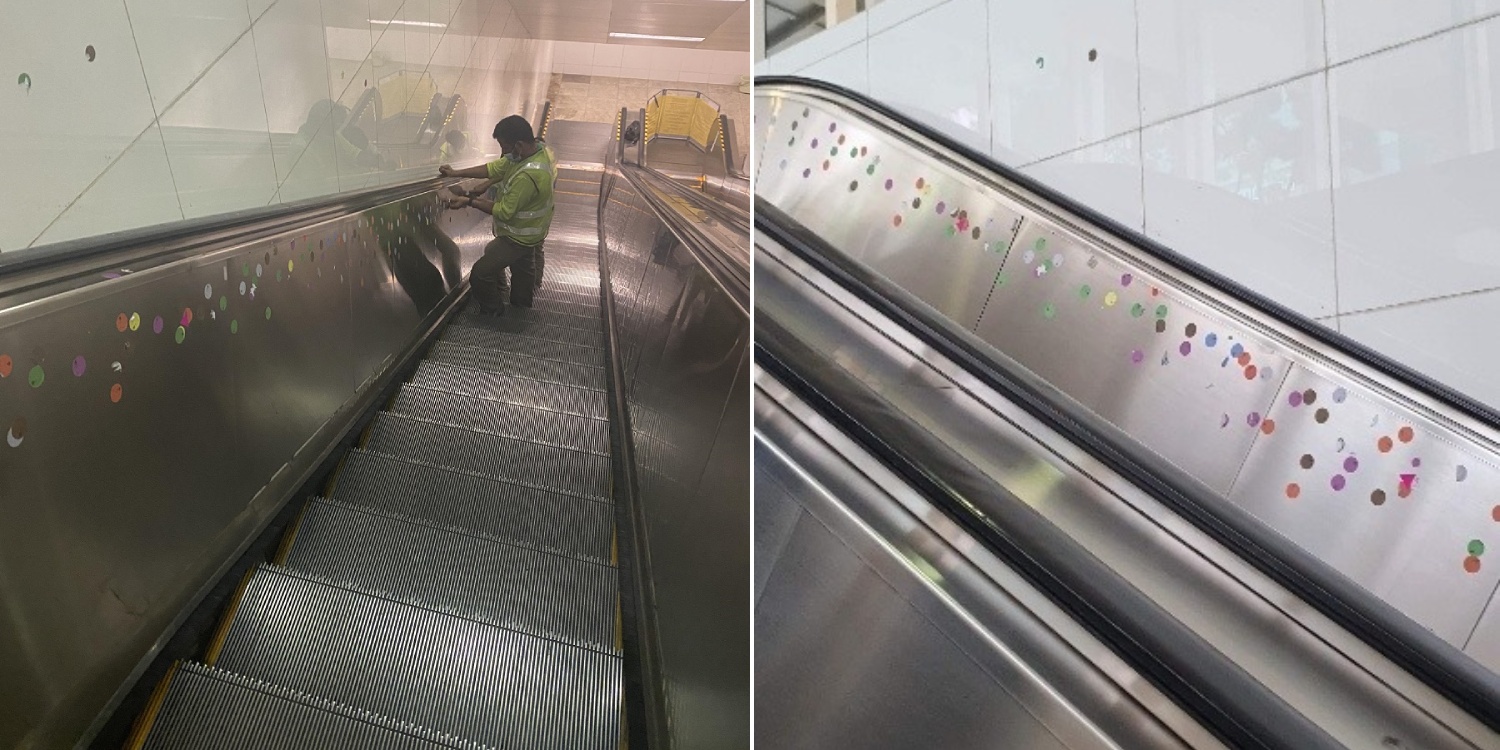 Being considerate doesn't take much.

Since the pandemic began and temperature taking became obligatory, the sight of SafeEntry stickers at random places grew increasingly common.

While some may appear amusing at first, the aftermath isn’t one to laugh at. Removing them is quite a chore, as these cleaners in Novena prove. 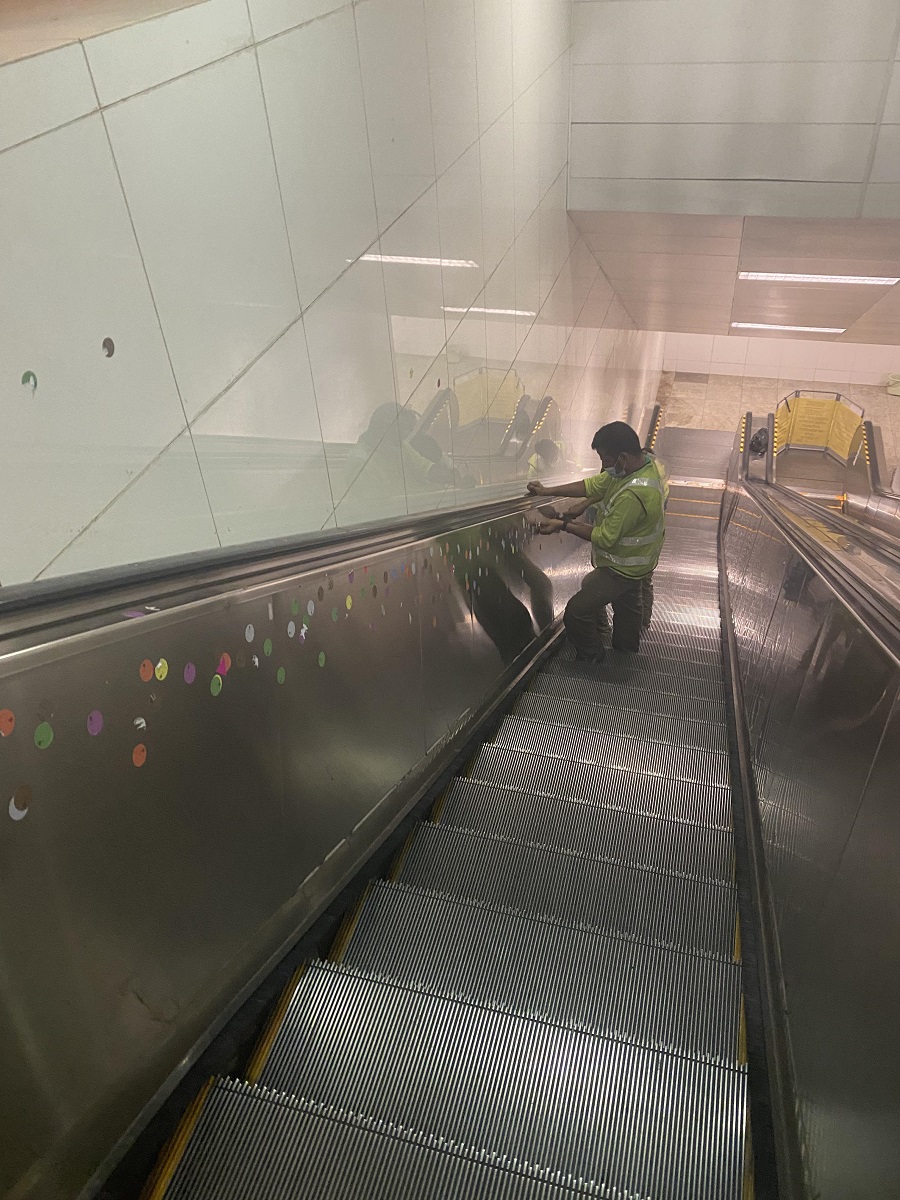 Taking pity on them, a Redditor appeals to Singapore residents to be more responsible.

A row of colourful stickers lining the sides of an escalator didn’t quite catch a Redditor’s attention as much as the people removing them did.

On Friday (19 Feb), the Redditor shared a photo of several cleaners painstakingly peeling SafeEntry stickers off an escalator in Novena. 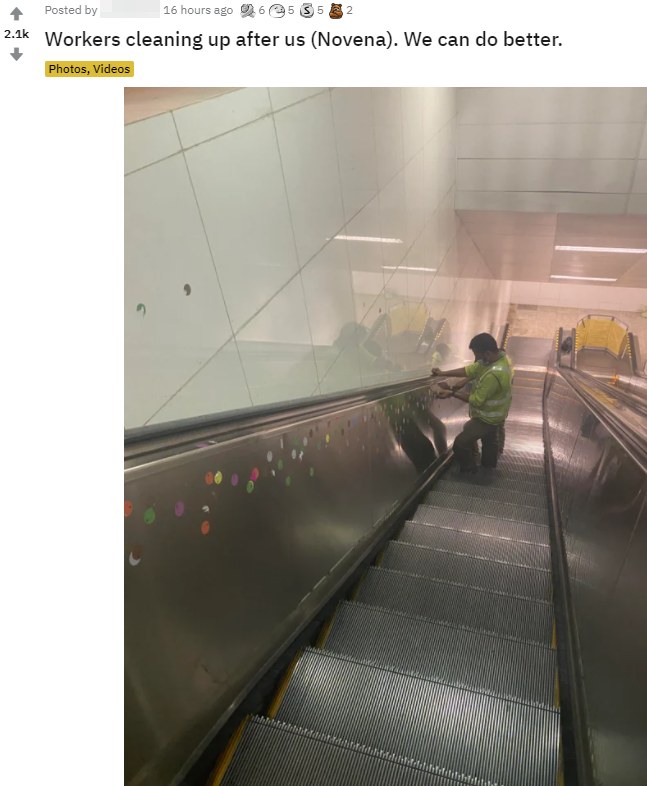 Workers cleaning up after us (Novena). We can do better.

The message resonated with other Redditors, who echoed the sentiment in the comments.

Other than frowning upon the behaviour, many noted that there are actually designated places for us to discard the stickers properly.

One shared how most clinics have boards where people can paste their stickers after use, “precisely to avoid this problem.”

Apparently, hospitals like Singapore General Hospital (SGH) and Tan Tock Seng Hospital (TTSH) have them too, according to these netizens.

Rather than use these facilities, netizens infer that people choose to ignore them instead.

For the unfamiliar, visitors receive these stickers at health institutions to indicate their normal temperature upon entry.

Since people don’t need them after leaving the premises, many tend to remove and throw them away. If not by pasting them on the boards, the other logical alternative would be to toss them into a rubbish bin — as easy as that.

Keeping our environment clean isn’t a mere act of civil duty. Besides easing the burden of workers who have to clean up after us, it’s also important for our hygiene.

After all, nobody enjoys living in an unpleasant place.

Our cleaners have done so much to ensure our comfort. Doing the bare minimum like disposing of rubbish properly is really the least we should do.