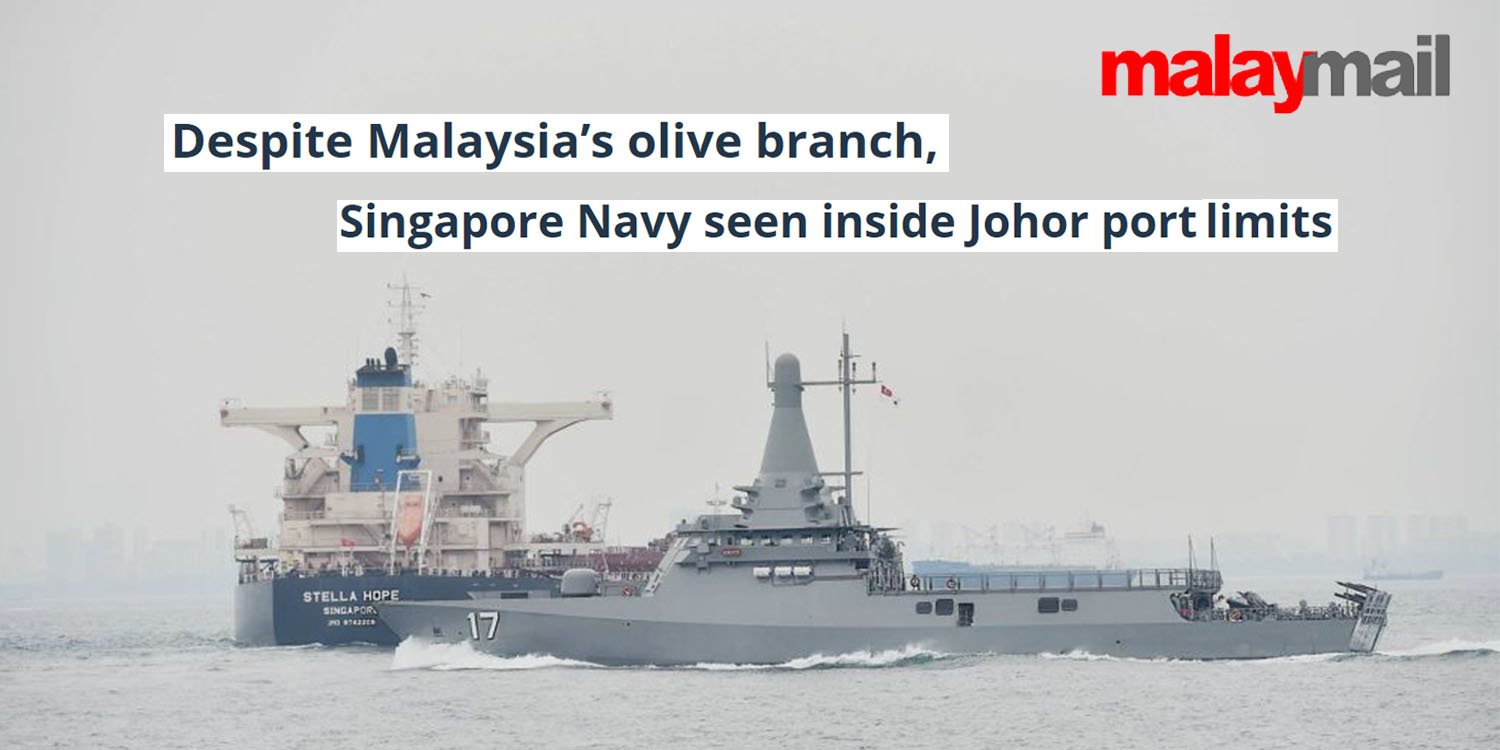 The term ‘alternative facts’ was famously coined by Kellyanne Conway, US Counselor to President Trump, in defence of an erroneous statement about his inauguration ceremony.

Recently, we uncovered that Malaysian news site MalayMail has contested the narrative about the timeline regarding the Malaysia-Singapore maritime dispute.

Unfortunately, their version of events doesn’t seem to paint Singapore in a positive light. 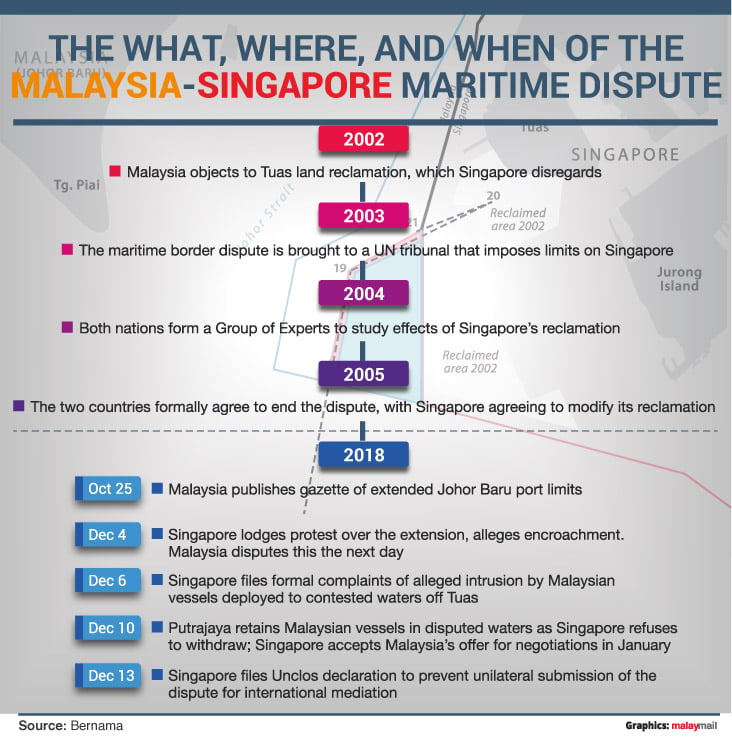 Here’s how things played out, according to their article on Sunday (16 Dec).

Putrajaya offered to “de-escalate the standoff”

This allegedly came after Putrajaya’s offer to “de-escalate the standoff” in the contested waters of Johor.

They then quoted a “source familiar with the situation there”, and described the patrol ship sent over as RSS Unity which boasts these stats:

MalayMail goes on to claim that “the only Malaysian ships” in the waters were:

Apparently, the sightings of Singapore’s “military vessels” sparked a reaction from Malaysia’s Foreign Affairs Ministry, to take measures to “de-escalate the situation…ahead of a proposed bilateral talk”.

They then randomly brought the conversation to Singapore’s “declining birth rate problem”, after describing that the RSS Unity only requires 23 crew members to sail.

The vessels reduce the number of crew needed per vessel from 30 to 23, to address the declining birth rate problem for the Singapore Armed Forces.

MalayMail asserts that RSS Unity wasn’t the first vessel from Singapore to cross over “disputed waters”.

This sighting was “confirmed” by “a government agency” that requested to stay anonymous due to the “sensitivities surrounding the territorial dispute”.

Their infographic involving the ships sighted within the port limits goes as follows: MalayMail claims that Singapore has thus “ignor(ed) the presence of its own vessels there”, and repeatedly placed responsibility for “any untoward incidents” entirely on Malaysia.

As for the “14 intrusions by Malaysian vessels” into Tuas’ territorial waters, Malaysia does not consider its vessels to have “encroached on Singapore’s territory” as the “area is still contested”.

This dispute, according to them, began a month after Malaysia published new port limits on 25 Oct 2018. This alternative narrative has Singaporean vessels being spotted in the waters Johor had claimed on 24 Nov.

After which a PCG vessel executed “aggressive manoueuvres” to deliberately “block a patrolling” Malaysian vessel.

Once 1 Dec came along, the first Singapore Navy vessel was “spotted in the area”. MalayMail asserts that the Royal Malaysian Navy has not sent “any of its vessels” into the area since.

MalayMail then claims that a “mutual cease and desist” proposal was rejected by Singapore on 9 Dec.

Justifying why Malaysian Prime Minister Mahathir’s decision to allow Malaysian vessels to remain in dispute waters until the “negotiation process between the two countries” was warranted.

Nationalistic sentiments aside, we understand why conflicting narratives in a territorial dispute between nations isn’t an uncommon occurrence.

However, it is important to note that we should always verify the facts with historical records, before accepting them at face value. We should also strive to present the truth fully, without truncating a timeline to provide full context on the issue at hand.

That said, we’ve compiled Singapore’s side of the story in this summary infographic here.

Even if we’re on opposing sides of the narrative, we do believe both nations have a shared goal — to clearly define our maritime boundaries once and for all.

Hopefully the planned talks in Jan 2019 will serve this purpose, and put an end to any ‘alternate timelines’.

Featured image from Republic of Singapore Navy on Facebook via MalayMail.