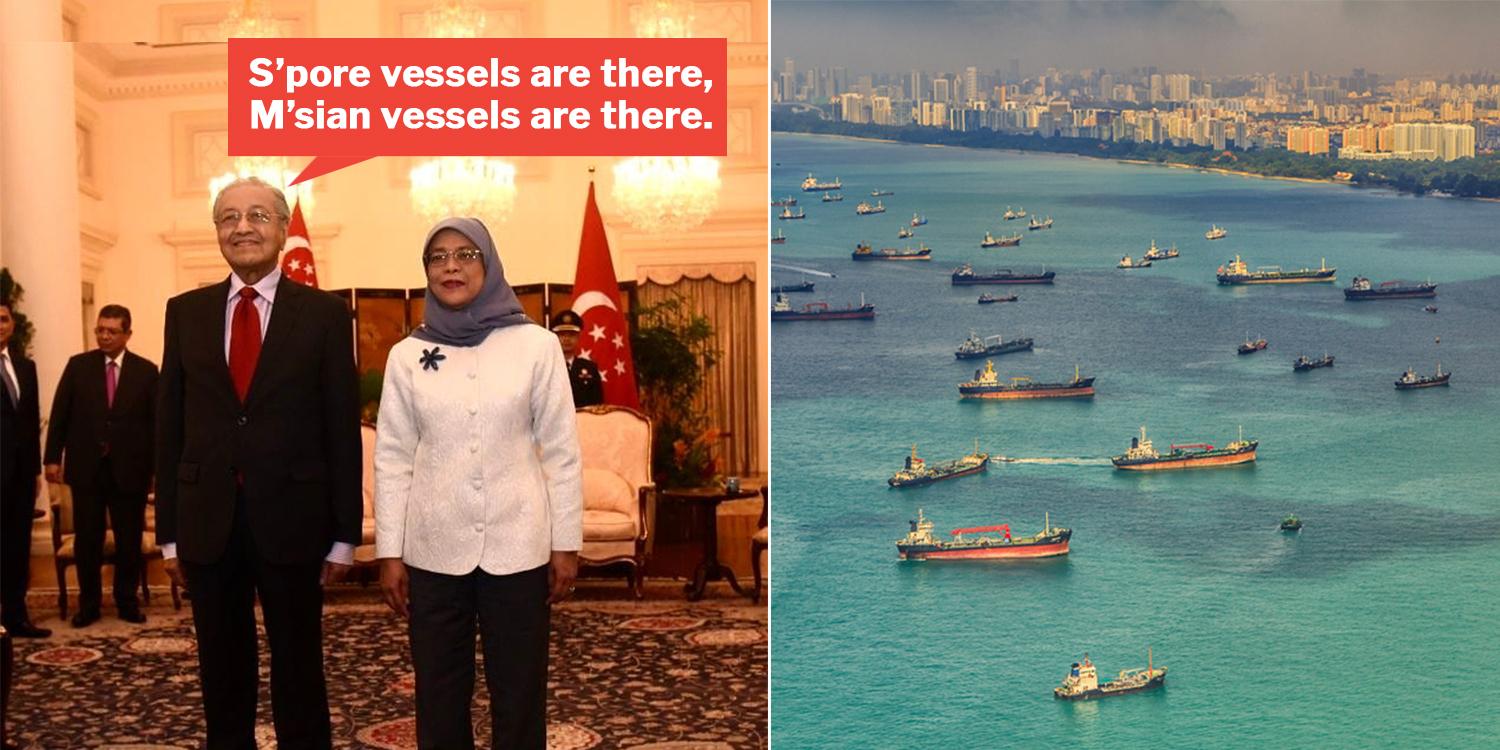 We're at a vessel impasse.

Prime Minister Mahathir has declared his intentions to negotiate with Singapore on Monday (10 Dec) to state media.

The statements were made regarding a maritime dispute over Malaysian vessels being illegally parked within Singapore’s territorial waters.

Ironically, the vessels continue to be exactly where they were left.

Here’s what else he said.

Dr Mahathir claimed that he was open to negotiations with Singapore, in response to reporters’ queries at the Institute of Integrity in Kuala Lumpur.

Yes, the Institute of Integrity. Thank God for integrity, indeed.

We don’t want to fight with Singapore — sometimes there are overlapping claims, we can resolve through negotiations.

Who will handle these “negotiations” to begin ASAP?

The “foreign affairs” departments of both countries, says Dr M. Malaysia’s foreign affairs ministry has issued a separate statement stating that “effective measures” will be taken to “de-escalate the situation on the ground”.

Since there’s been no agreement to “withdraw the Malaysian government vessels in the dispute area”, Dr Mahathir simply posits an impasse,

Singapore’s proposal to return to the designated port limits before 25 Oct, has thus far been rejected by the Malaysian government.

In return, Singapore has also denied a request from Malaysia to meet in mid-December to discuss the matter with a “cease-and-desist proposal”.

Both countries are, however, potentially moving towards a proposed date in Jan 2019, for a “bilateral discussion” involving Singapore’s “consideration of Malaysia’s proposed agenda”.

Finally, Singapore has affirmed her stance in the time leading up to the bilateral discussion.

Malaysia will be responsible for any “untoward situations on the ground”, that may arise from “continued deployment of its vessels” in the area under dispute.

Over the weekend, a successful mobilisation exercise was conducted by our RSAF forces. Sufficient proof that we’re prepared as a nation to defend our skies and seas.

Of course, we’re all hoping that this sticky situation will be resolved without either country resorting to other means.

Entire SAF Was Mobilised 27 Years Ago, Due To Joint Military Exercise In Johor

Featured image from IFAN and Dr Mahathir on Facebook.