Now's not the time to play politics, says the Home Minister.

After weeks of 3-digit rises in Covid-19 cases, the pandemic outbreak continues to look dire for Malaysia. Yesterday, they recorded an all-time high of 1,240 new cases in a day.

In the fight for recovery, frontline heroes in the country are most vulnerable, as 200 police officers recently tested positive.

Hence on Tues (27 Oct), the Home Minister ordered 10,000 police personnel to be quarantined in a drastic preventive move to curb the spread.

According to The Straits Times, 10,000 officers who are deemed to be at risk are now under quarantine after 200 had contracted Covid-19 when carrying out their duties.

Home Minister Hamzah Zainudin said most officers who had been infected were sent to red zones to conduct checks during the movement control order (MCO) phase. 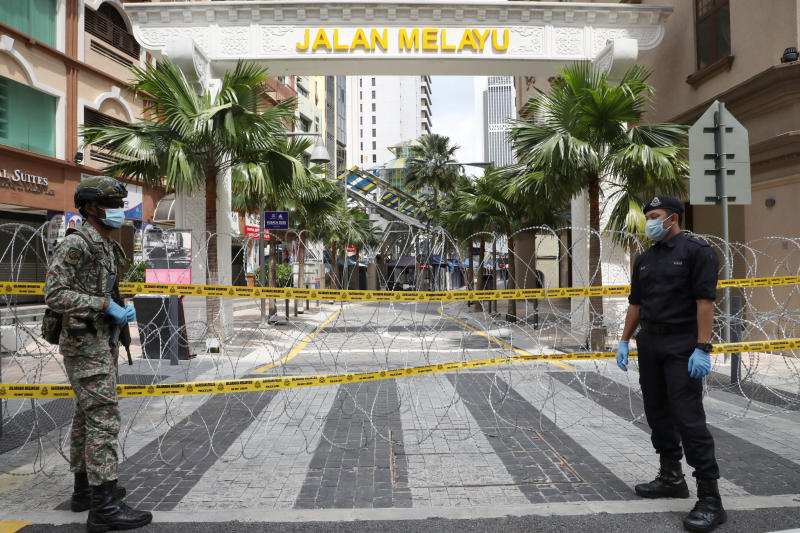 Social distancing was compromised despite wearing masks as they were required to be near people for long hours.

Mr Hamzah added that 3rd wave of Covid-19 currently sweeping the country has infected around 11,000 people in just 2 weeks.

This is a stark contrast with the start of the outbreak in Malaysia, when 10,000 people were infected in 7 months.

With the police force being the group most exposed to the virus, such a drastic preventive measure like quarantining 10,000 personnel was imperative.

Due to the mandate, the force had seen a severe dip in available personnel that they could deploy. Thus, it has become a matter of national security to them.

Implores for unity among Malaysians

In hopes that the 3rd wave will be effectively contained, Mr Hamzah implored Malaysians to band together to combat this pandemic.

He described the crisis as a great strain on frontliners, who are consistently sacrificing their time and lives in spite of fatigue.

Due to this, frontliners deserve Malaysians’ utmost appreciation, as many of them “have not taken a break from work or spent time with their families”.

Our thoughts & prayers are with frontliners

The past year has been a strenuous time on the healthcare workers and police officers not only in Malaysia but around the world.

We truly salute these frontliners for their selfless efforts and hope that they will stay safe in their line of duty.