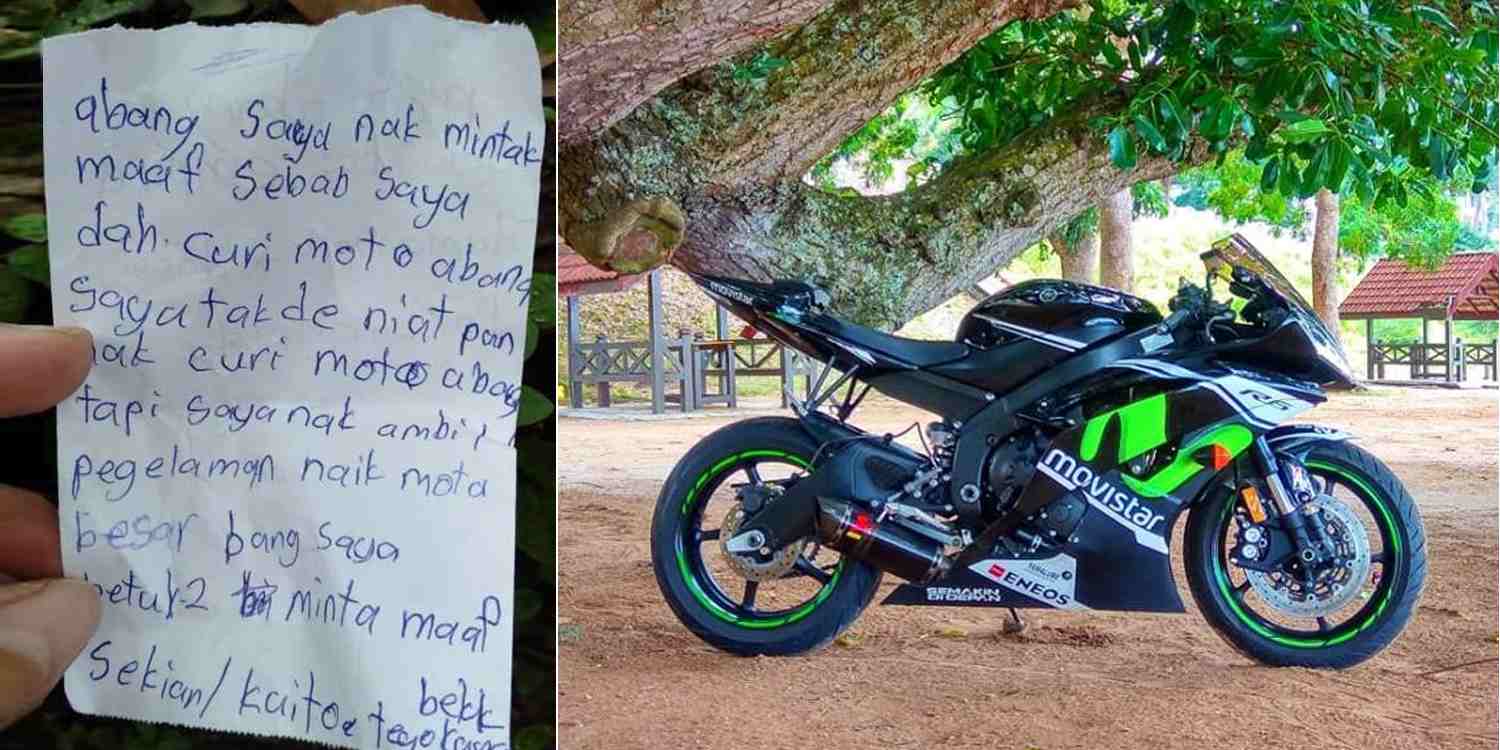 It’s not everyday that a thief returns something that he or she has stolen, let alone a valuable possession like a motorbike.

But that was exactly what happened to an unlucky – or perhaps lucky – Malaysian motorcyclist earlier this week.

Here’s the lowdown of what happened.

On Monday (5 Nov) morning, bike enthusiast Khairul Adli reported on Facebook that his Yamaha R6 – a sports bike – was stolen from his house in Petaling Jaya, Selangor. 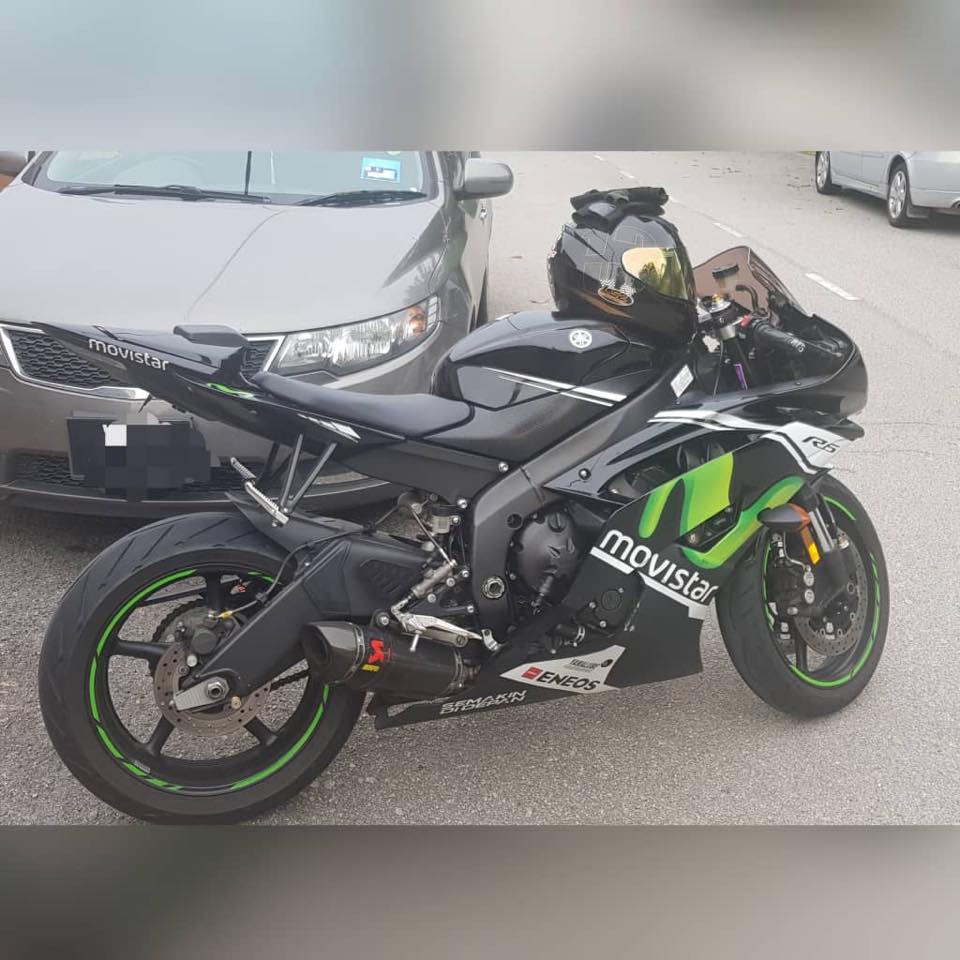 Mr Adli later told New Straits Times that he felt devastated when the bike was stolen, as it was one of his most beloved possessions.

In addition to his bike, Mr Adli’s car was also broken into and valuables like his sunglasses and toll card were also stolen.

However, things took a strange turn the next day. 2 mysterious notes from Mr Kaito – the bike thief – were found on the car that was broken into the day before:

Here’s an English translation of the note,

Brother, I want to apologise for stealing your bike. I had no intention to steal it, but I wanted to experience riding a big bike. I’m really really sorry. Yours sincerely, Kaito.

Your bike is at Empire Damansara. At the motorcycle parking lots. Sorry brother. Kaito.

Readers may find fault with Mr Kaito’s spelling and his faint ink towards the end, but we guess his message gets through nonetheless.

At first, Mr Adli thought he was being pranked, but everything changed after he found his bike – in good shape – at said location.

He even thanked the thief on his Instagram page and claims to have forgiven him.

However, it remains unknown whether Mr Kaito returned the other belongings that he stole from Mr Adli.

Despite writing a note of apology and returning the bike that he stole, Mr Adli believes that Mr Kaito should still be arrested, as he didn’t want others to fall victim to similar crimes.

Petaling Jaya police are still investigating the case as of the time of this article.

While Mr Kaito may still be wanted by the police, it’s safe to say that he has some pretty solid mitigating factors for his case.

Do you think the bike thief should be shown leniency or charged? Let us know in the comments below.