Man In M’sia Orders For 8 But Eats Alone, Apparently Dines Often With ‘Family’ 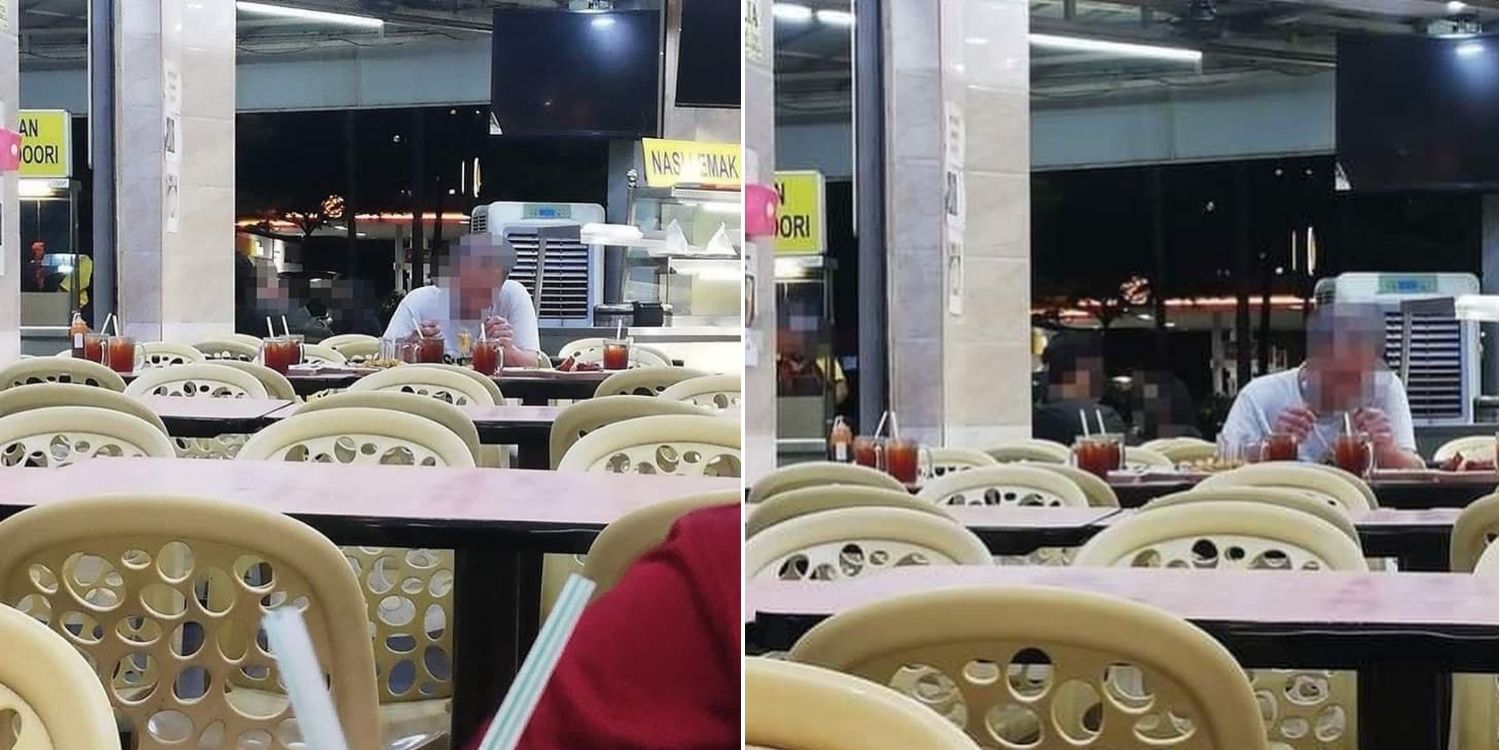 Nobody knows if his family is still around.

Family dinners tend to be lively affairs, with a wide spread of food for everyone to enjoy and bond over. Despite having such a setup, an elderly man in Malaysia strikes a lonesome figure as he eats alone at a large table at a restaurant. 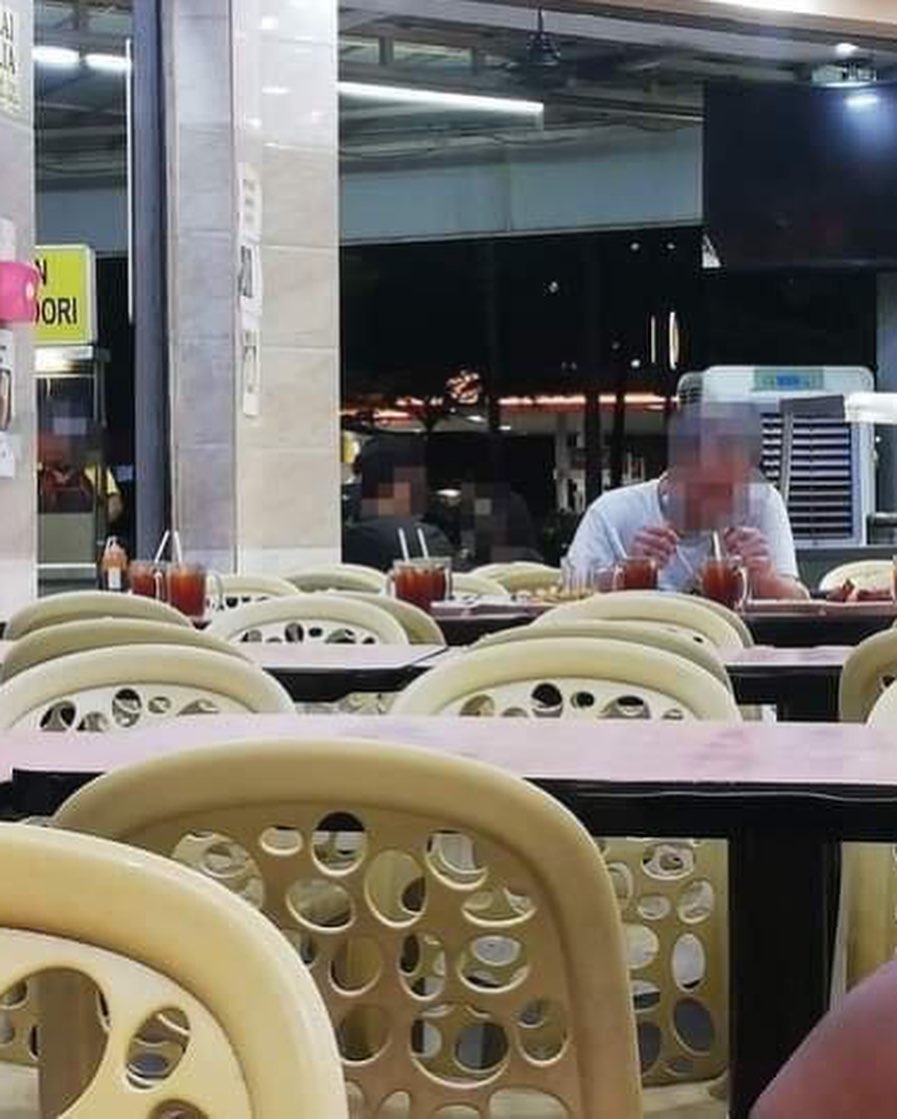 His rather pitiful predicament caught the attention of a customer nearby, who couldn’t help but wonder about the man’s story.

In a Facebook post on Monday (25 Apr), radio station ZAYAN shared a customer’s account of an elderly man whom they had observed at a restaurant recently.

According to the post written in Malay, the customer was at a “mapley” or mamak shop with their family at around 10.30pm when they spotted the elderly man.

He was apparently arranging the plates, drinks, and chairs at his table as though preparing for a feast. The man was so attentive to the smallest details, making sure that everything was in almost perfect order.

Noticing that the man was still alone when their orders arrived a while later, the customer began to wonder if his fellow diners could have lost their way.

Curious, they asked the restaurant staff, who explained that the man often orders eight different dishes and eight drinks, this time all iced teas, supposedly to share with his family.

Though it’s unclear if his family is still alive and well, the story moved the customer’s wife to tears.

At that juncture, the customer noticed the man eating his own meal while talking to the empty chair next to him. He then proceeded to eat the dish meant for that ‘diner’. Moments later, a lady walking past the man’s table allegedly knocked into the empty chair next to him by accident. Instead of getting upset, he calmly adjusted the chair to its original position before returning to his meal.

The restaurant staff who was interacting with the customer added that the man would be there two to three times a week. Each time, he would order the same portion of food, comprising various dishes.

He would then arrange everything neatly and pay for the entire spread in full. Even when staff total up the bill wrongly, he’d point out the error to them and ensure that he pays the correct amount.

Before he leaves, staff would pack any leftovers for him to bring home.

While the man’s behaviour is undeniably strange, the customer doesn’t believe that he may have mental health issues. They noted that he appeared well-kempt, wore a mask, and paid for his order.

Reminding everyone that nobody knows what the man may have gone through, the customer seemed to imply that we shouldn’t make any assumptions.

Whatever his story may be, we hope the man remains happy and well.