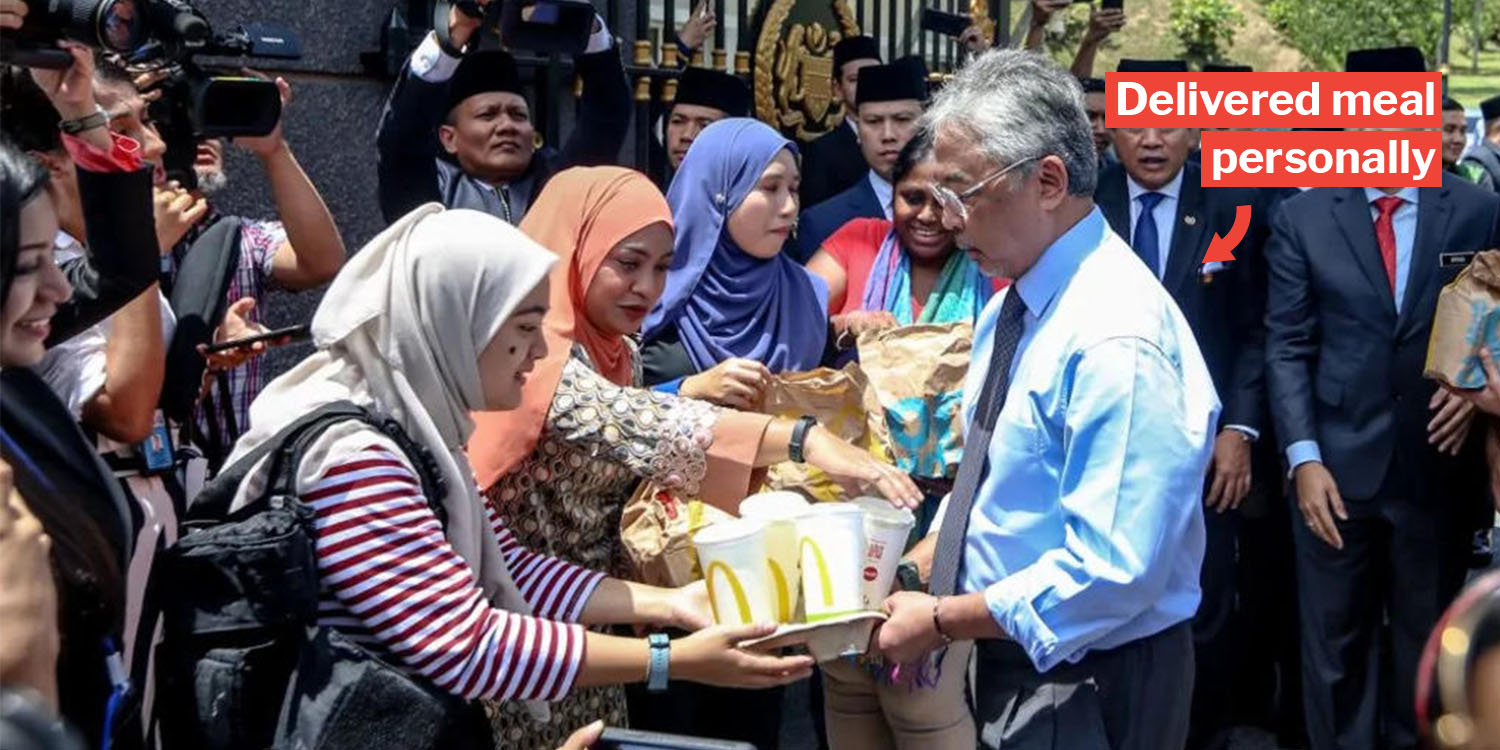 What will the King belanja next?

While a king is typically served delicacies in his palace, the Malaysian monarch recently defied expectations by appearing at his gates with bags of fast food for his people.

Press members have been hanging around the Istana Negara – the official residence of the King and the Royal Family – to get the latest updates on the political drama unfolding in Malaysia. 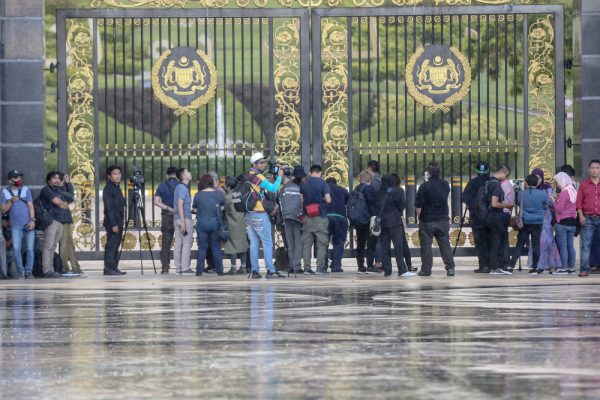 On Tuesday (25 Feb) morning, Malaysian’s King Sultan Abdullah Ri’ayatuddin came to the gates personally with a surprising gift for journalists camping there — hot piping burgers and fries from McDonald’s.

According to The Straits Times, media personnel have been camping outside the palace gates since Sunday (23 Feb).

To reward their hard work, the king brought lunch to cheer them on.

He distributed bags of McDonald’s meals at Gate 2 of his palace at around 1.10 pm on Tuesday (25 Feb). 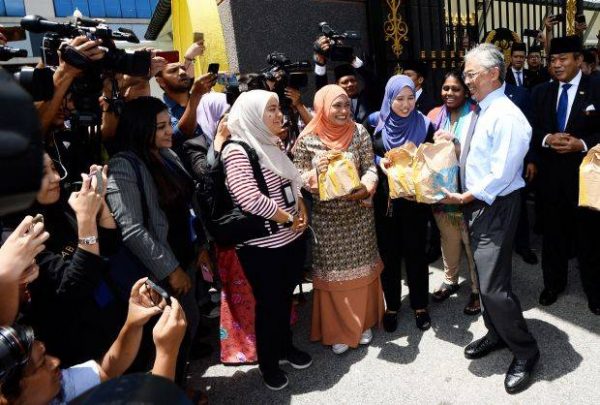 In the photos, he was seen smiling to journalists and photographers while passing them brown takeaway bags.

Just yesterday, the King belanja-ed members of the press KFC dinner by having the palace staff to hand them out.

Evidently well-received, the King extended his kind gesture to the journalist who turned up the next day as well.

The King reassures Malaysians that he is trying his best

In light of the recent political upheaval, Malaysians are feeling uncertain about what’s in store for the coming days.

The King took the opportunity to speak to the press, assuring them that they will find the optimal solution to the political whirlwind.

He will be sieving out the best candidate to take over Mahathir’s position, through interviews with Malaysian MPs.

What will the Malaysian King belanja next?

His genuine treatment towards members of the press will certainly cheer them on in covering the political situation in Malaysia.

Amidst the political uncertainty unfolding in Malaysia right now, one thing seems extra certain — the Malaysian King is concerned about the well-being of his citizens.

What do you think he will belanja the press tomorrow? Share your ideas with us in the comments!