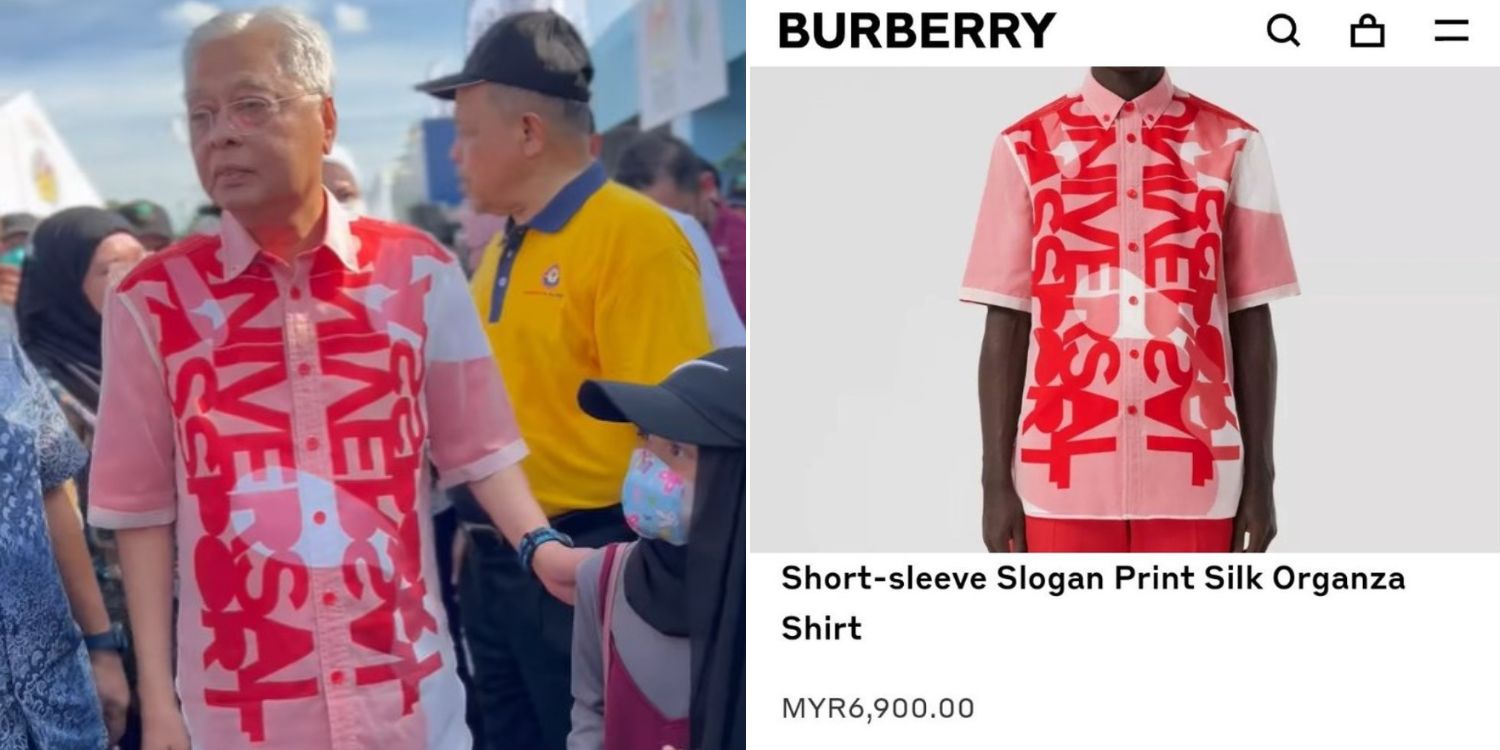 When one is a politician, any move you make is closely watched and results in much discussion.

That extends to what you’re wearing too, even if you’re a guy.

While Malaysian Prime Minister Ismail Sabri Yaakob is known for his colourful wardrobe, a Burberry shirt he wore recently has caused him to come under criticism. 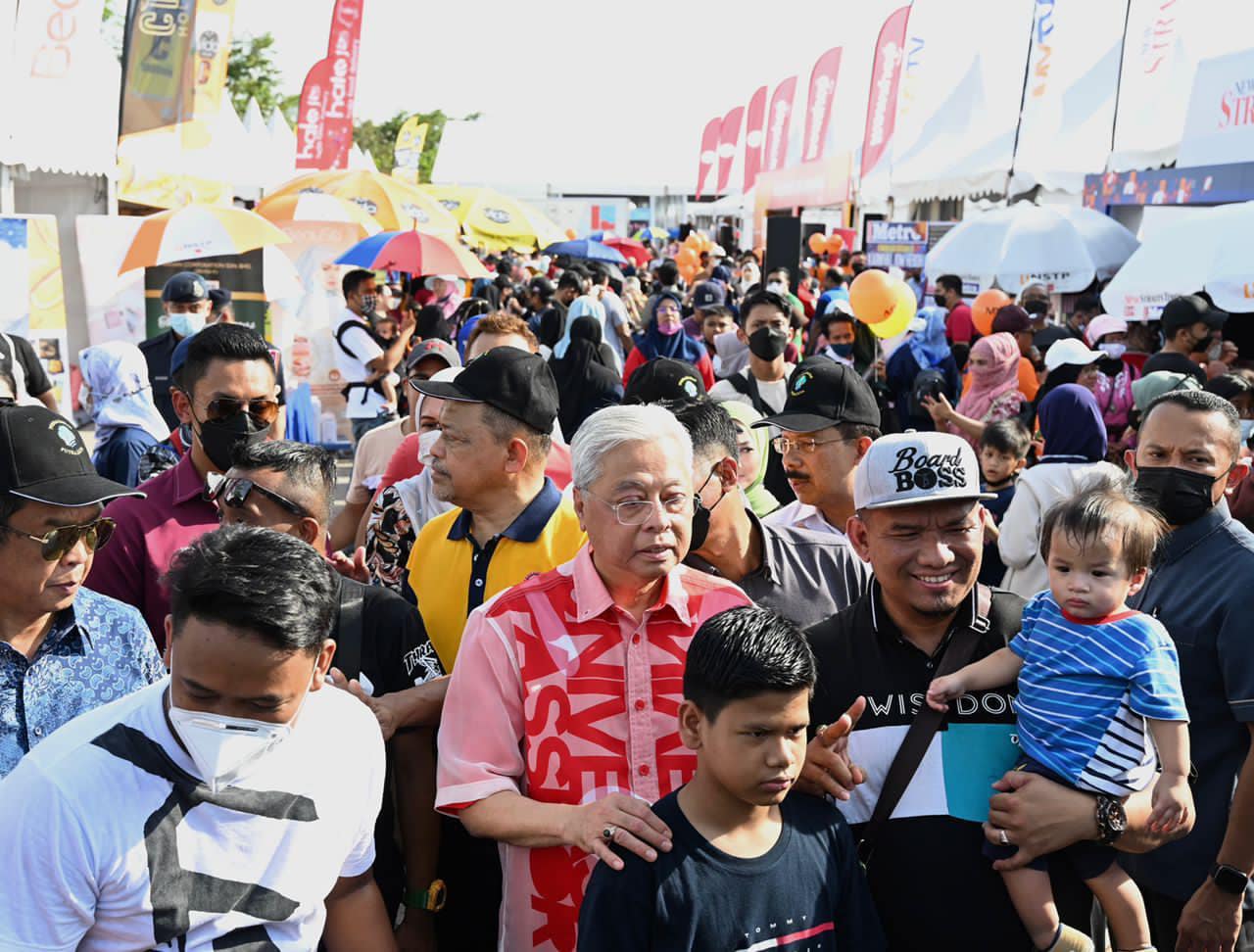 That’s because it cost more than S$2,000 — more than the average monthly salary in Malaysia.

On Saturday (25 Jun), Mr Ismail Sabri attended the Jom Heboh Carnival in Putrajaya together with thousands of Malaysians.

He showed up for this high-profile appearance in a fetching rose-pink collared shirt with white blotches and the words “universal passport”.

As he shared photos and videos over Facebook of himself cuddling babies and even a cat, his get-up certainly caught the eyes of his citizens — but not in a good way. 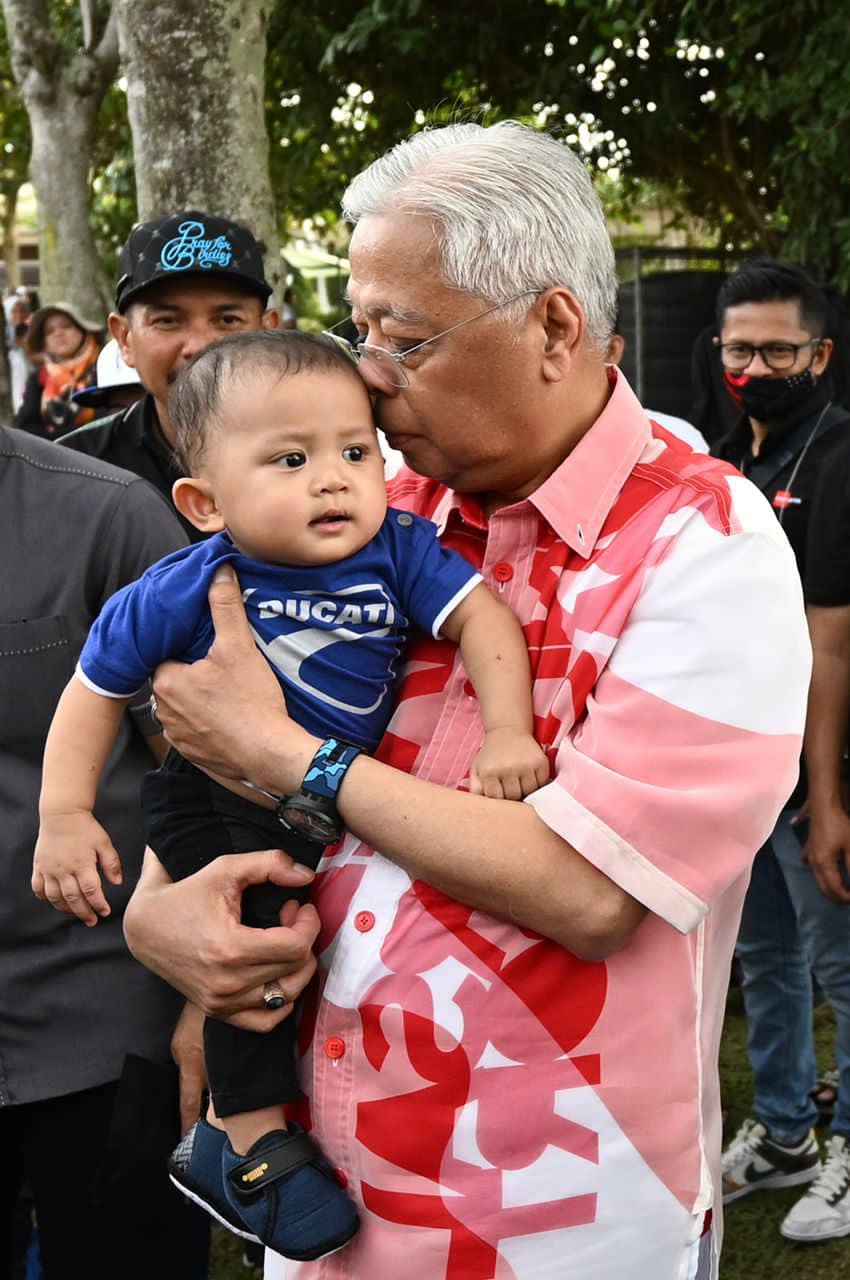 Perhaps due to its appearance on their leader’s back, it’s also currently sold out online.

It’s made of Italian silk, and is part of the brand’s spring and summer men’s collection launched by Burberry creative director Ricardo Tissi.

One of them sarcastically said that clothes costing less than RM5,000 cannot be worn by their leader.

Another urged the PM to be more sensitive over his dressing, lest the opposition use it as a stick to beat him with.

One commenter even compared him unfavourably to Ms Rosmah Mansor, wife of former PM Najib Razak, who was famed for her lavish clothes and lifestyle.

Many netizens got to the crux of the issue, indicating that the source of the resentment comes from the rising prices in the country that’s causing Malaysians to struggle to afford basic items.

Those who defended the PM felt that there’s nothing wrong with him wearing the shirt if it was a gift and he wanted to show appreciation. After all, it’s not every day that he wears clothes like that.

Many netizens also pointed out that the shirt costs more than the average Malaysian’s salary.

That’s just a tad less than what the Burberry shirt would’ve cost if Mr Ismail Sabri had bought it off the rack.

That means the shirt is 4.6 times what the lowest-earning Malaysian earns in one month, noted a netizen on Twitter.

Mr Fahmi Fadzil was one of the opposition MPs who slammed Mr Ismail, telling the Malaysiakini news portal that the person in charge of his wardrobe should be fired.

At a time when more and more people are suffering due to the rising cost of goods, the PM should not be seen to be isolated from the rakyat’s reality.

Mr Nazri Abdul Aziz, an MP from Mr Ismail Sabri’s ruling UMNO party, defended his boss by saying it’s not unusual for the PM to wear expensive or branded clothing. 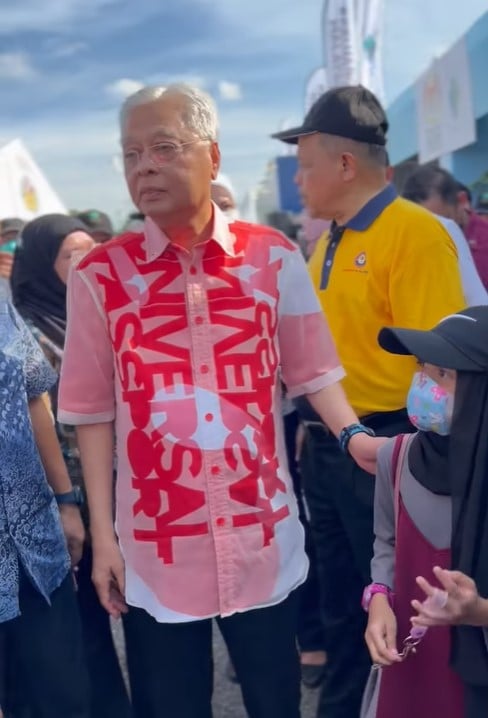 That’s because many people gift him such clothing and other expensive items, Malaysiakini quoted him as saying, adding,

When people have given us the gifts, we have to wear them as a sign of our gratitude, rather than keeping it in the closet.

In May, he attended a conference in Tokyo, and met Singapore’s Prime Minister Lee Hsien Loong. 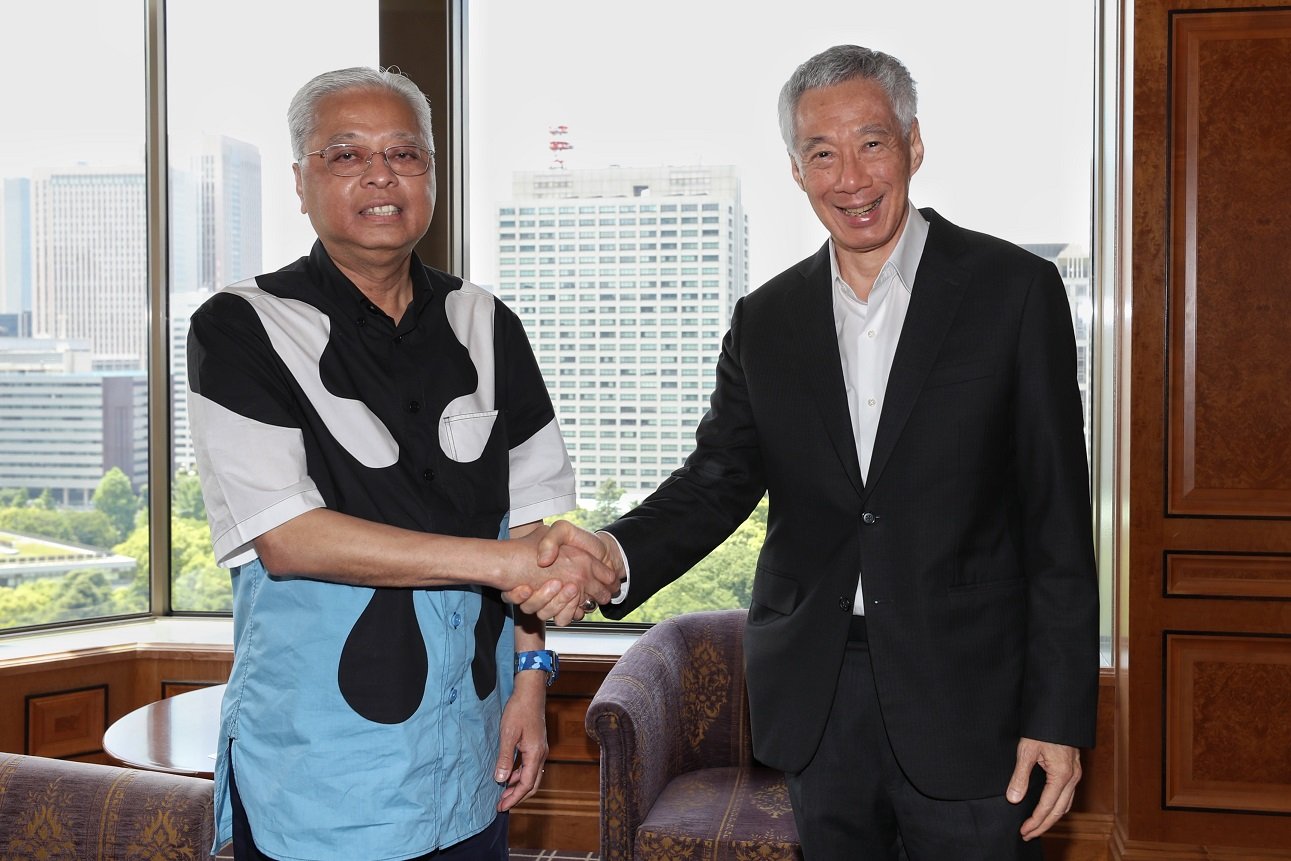 At the time, it also caused a stir, as Malaysians found out that it was valued at S$1,730 (RM5,500) on Burberry Malaysia’s online store.

The “Short-Sleeve Abstract Print Cotton Shirt” is also available in the Singapore store, going for S$1,790.

Unsurprisingly, the Malaysian PM was panned for being insensitive to the suffering of ordinary Malaysians.

Amusingly, some also noticed that the shirt was the same one worn by actor Caleb McLaughlin in a promo clip for “Stranger Things” posted by Netflix Malaysia. 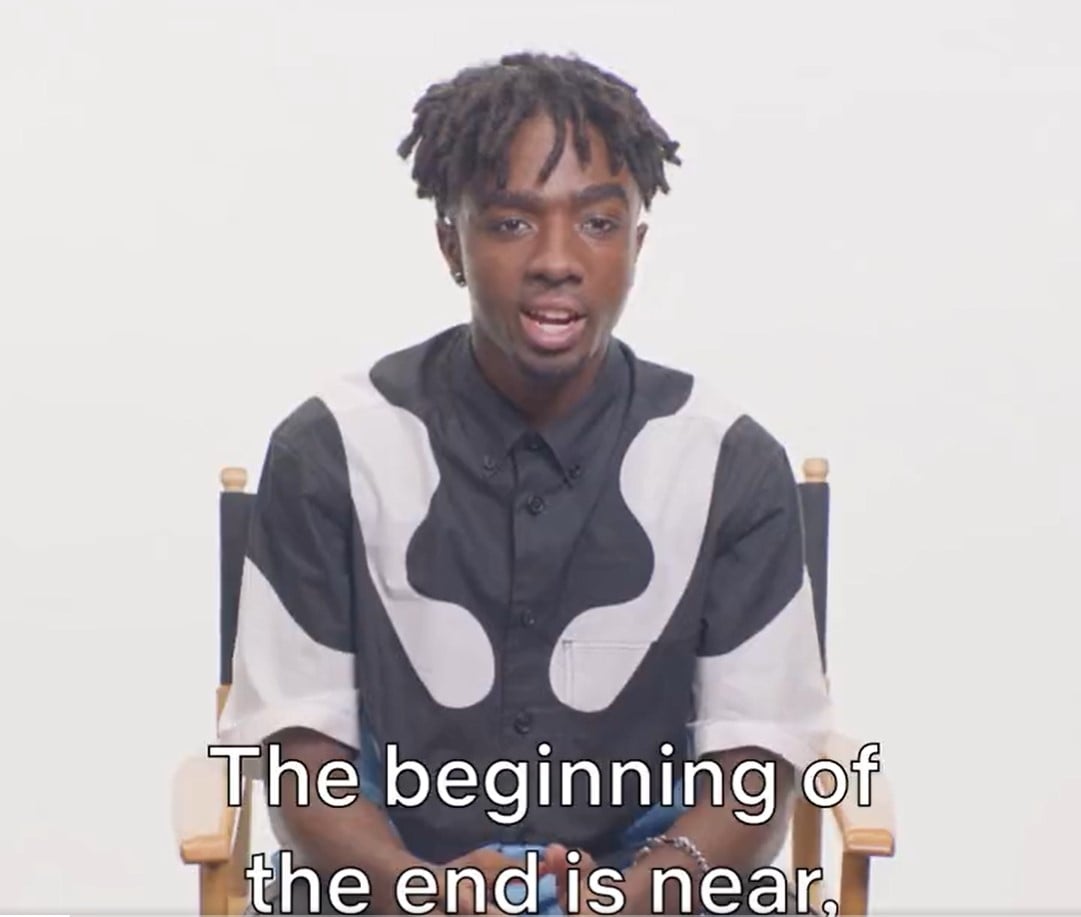 Who wore it better? We’ll leave it to you to decide.

For Malaysians to decide

Whatever people are saying about Mr Ismail Sabri, we can’t say his fashion sense isn’t daring.

After being criticised for a costly Burberry shirt, it might be a power move to show up in public with another even more expensive Burberry top.

While he definitely has the freedom to wear what he likes, it’s also up to Malaysians to decide at the next election whether his outfits are in good taste.