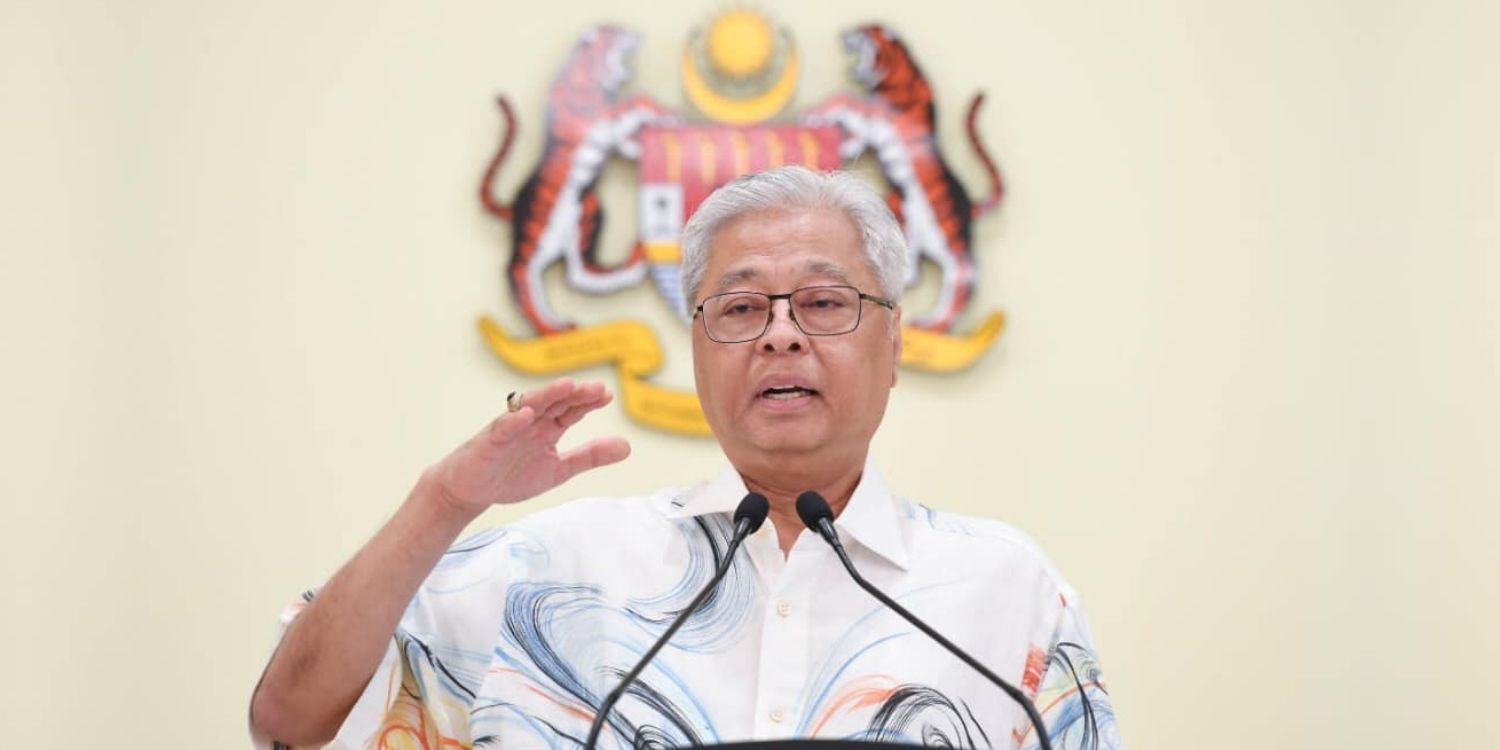 In the wake of his departure, the country needed a new leader to take Muhyiddin’s place. 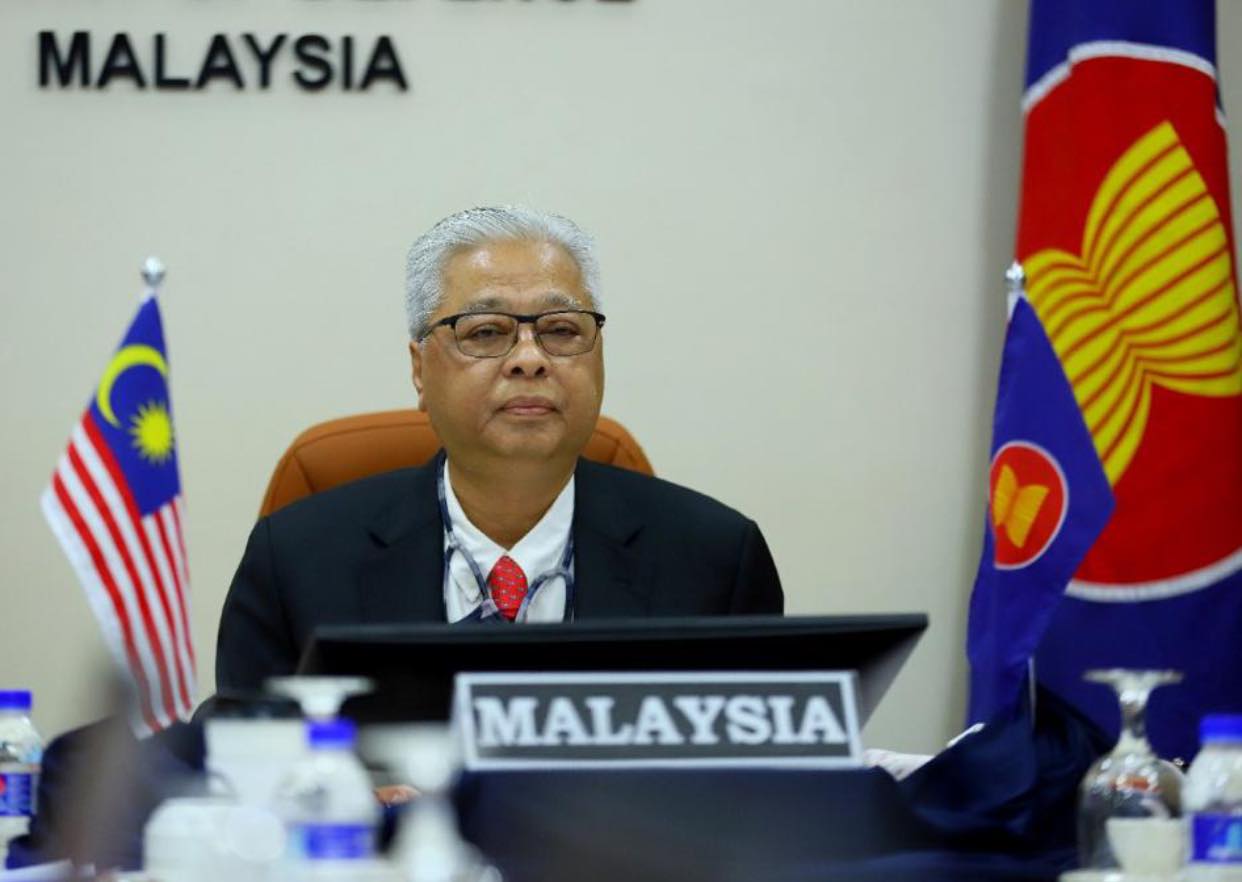 Here’s what you need to know about the man who’s set to lead Malaysia through their Covid-19 recovery.

1. Only served as Deputy PM for 1 month

Most job roles in higher positions require years of experience — many of us who’ve tried applying before should know.

But for Datuk Seri Ismail Sabri, his time as Deputy PM didn’t last for much longer than a month before his PM appointment came.

Originally given the Deputy role by Mr Muhyiddin himself on 7 Jul, Mr Ismail served for just 40 days until 16 Aug, when the former resigned. 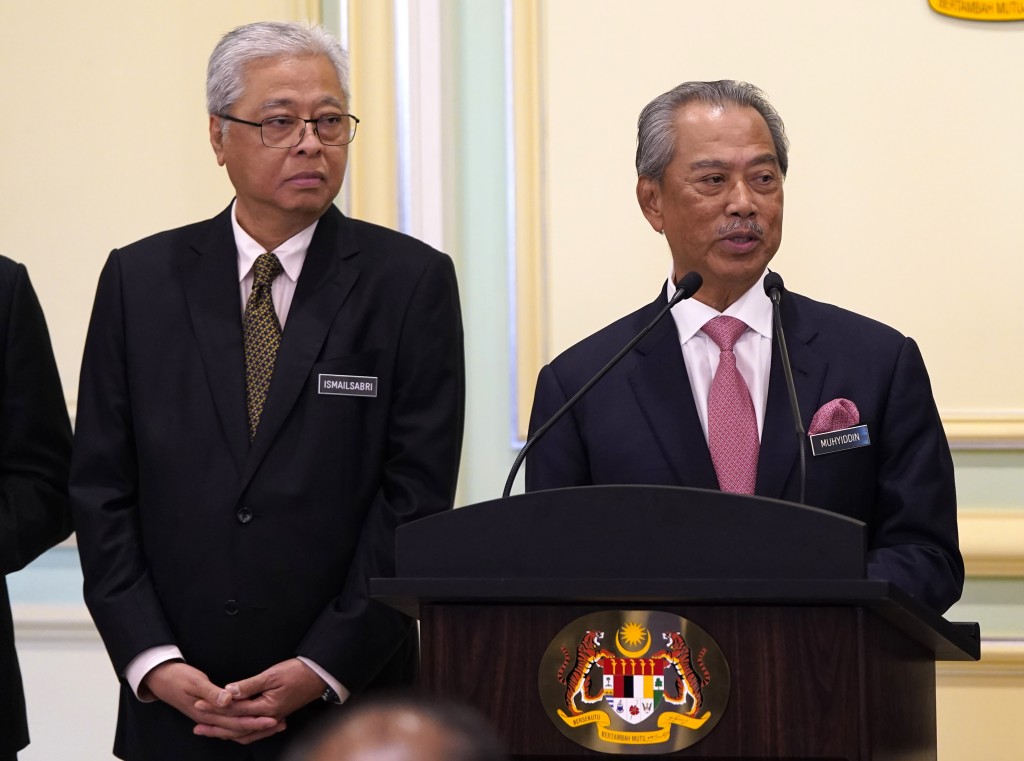 His PM appointment came quickly, as the King fixed his swearing-in date for 21 Aug 2021.

2. Was a lawyer for 2 years before entering politics

Pursuing his studies at the University of Malaya’s Faculty of Law, he wrote a graduate thesis entitled “Layanan terhadap tahanan politik di Malaysia” or “Treatment of political detainees in Malaysia”.

He earned a Bachelor of Laws (LLB) and became a lawyer for just 2 years before he was appointed as Member of the Temerloh UMNO Division Committee.

He went on to assume various ministerial roles after making it to Parliament in 2004, including being Minister for:

Mr Ismail has also been UMNO’s Deputy President since 2019, the same year he became the Leader of the Opposition in Parliament.

3. No stranger to scandals

Unfortunately, what legal knowledge he had didn’t spare Mr Ismail from getting caught in some controversies.

From proposing a digital gadget mall only for Malay traders to his hopes of expanding Malaysia’s vaping industry globally, he has made the news for not very flattering reasons.

The most notable one perhaps was the infamous ‘turtle eggs‘ incident of 2015, when Mr Ismail was pictured being served the dish at an event. 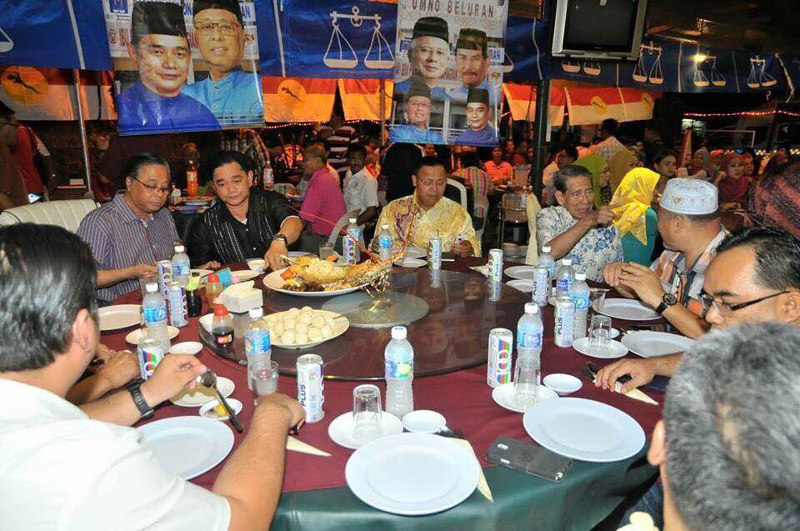 As possessing turtles or their products is a punishable offence in Sabah where the event was held, the public was in an uproar when they thought he had consumed the eggs.

Mr Ismail, however, stepped forward to clarify that he hadn’t, citing his high cholesterol level. More curiously, he explained that he didn’t know that such a law existed, which was odd coming from a former lawyer.

Regardless, the incident eventually blew over and Malaysia moved on to the next scandal.

Bold statements weren’t the only daring moves Mr Ismail made, as he has gained quite the reputation for his fashion choices too.

Often appearing in multi-coloured batik shirts for press conferences, viewers can’t help but pay attention to him, no matter what he may be saying. 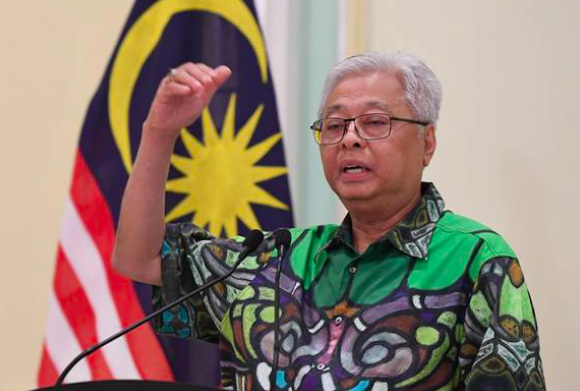 Apparently, his wife selects his outfits for him, so we guess behind every colourful man is a woman who tells him what to wear.

5. Has family members in the Malaysian creative scene

Of course, the lady boss of the house couldn’t do it alone, as she had the help of their son-in-law, famous fashion designer Datuk Jovian Mandagie. 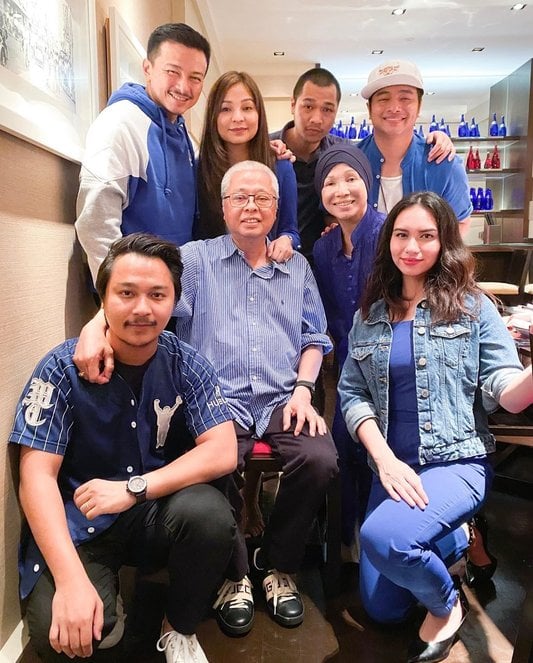 Jovian married Mr Ismail’s daughter Nina in 2013, with whom he has a 3-year-old daughter. Nina herself is an ambitious entrepreneur who reportedly manages a kindergarten, a beauty brand, and a women-only salon.

No stranger to the spotlight is also Mr Ismail’s son Dafi, who joined the singing competition Akademi Fantasia in 2007. 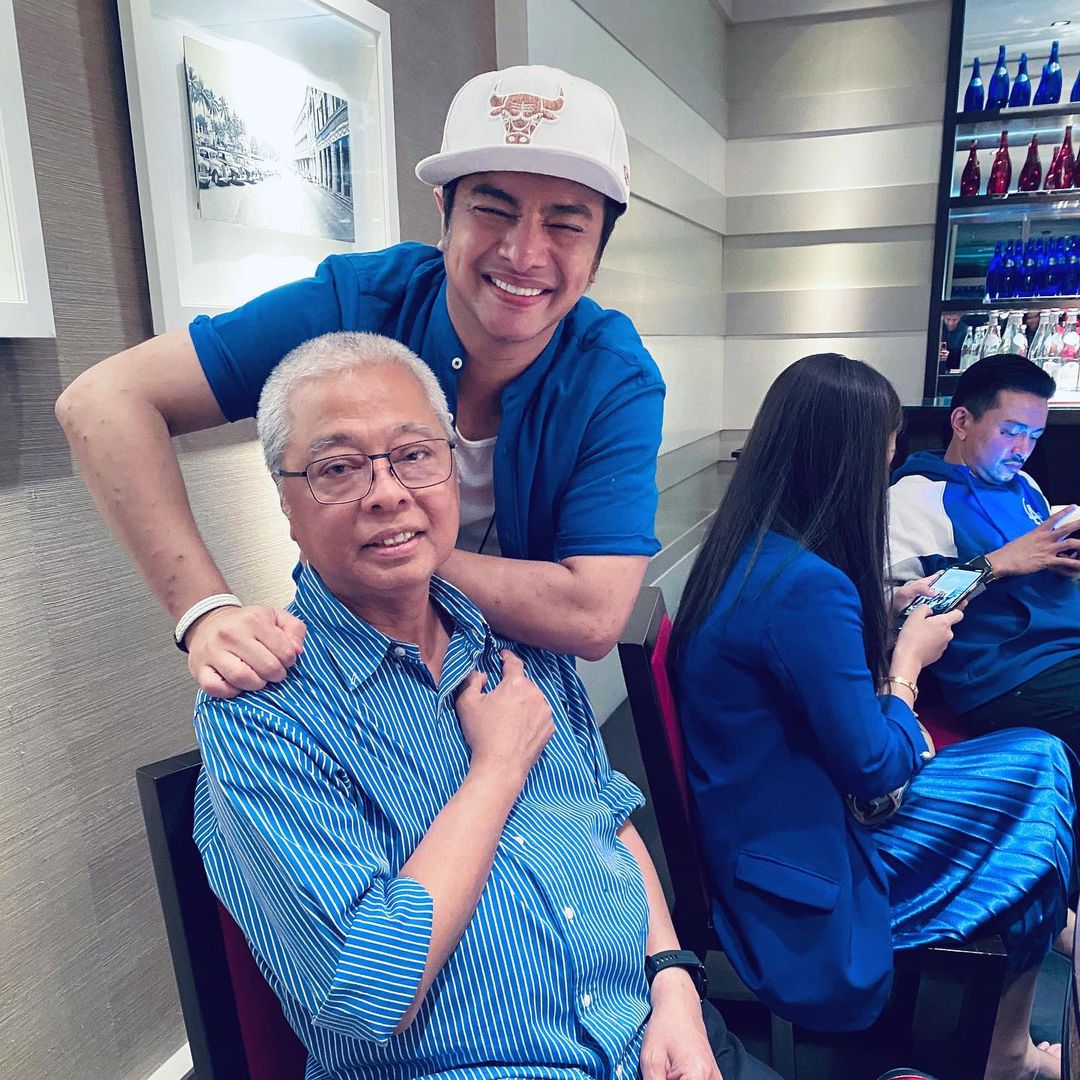 Besides releasing songs, he appeared in TV dramas, ads, and even films. Despite their different pursuits, Dafi is a strong supporter of his father.

In the wake of the PM appointment, Dafi told the media in Malay that,

“Personally, I see that he is a hardworking man. His success is the result of his hard work, starting from the bottom. Only my family and I know that he’s the best father.

Likewise when he becomes a leader who wants the best for the nation. He has led a hard life before, that’s why he doesn’t want to see others suffer.”

Hope for the best for Malaysia

As countries around the world try to move towards a ‘new normal’, Malaysia still has much of the difficulties of the Covid-19 pandemic to deal with.

New PM Ismail Sabri has an arduous road ahead of him, at least until the next election happens.

But if he’s truly the best candidate Malaysia has right now, we hope he and his cabinet will be able to lift the nation out of its current struggles.

Here’s hoping for the best, for PM Ismail and his country.