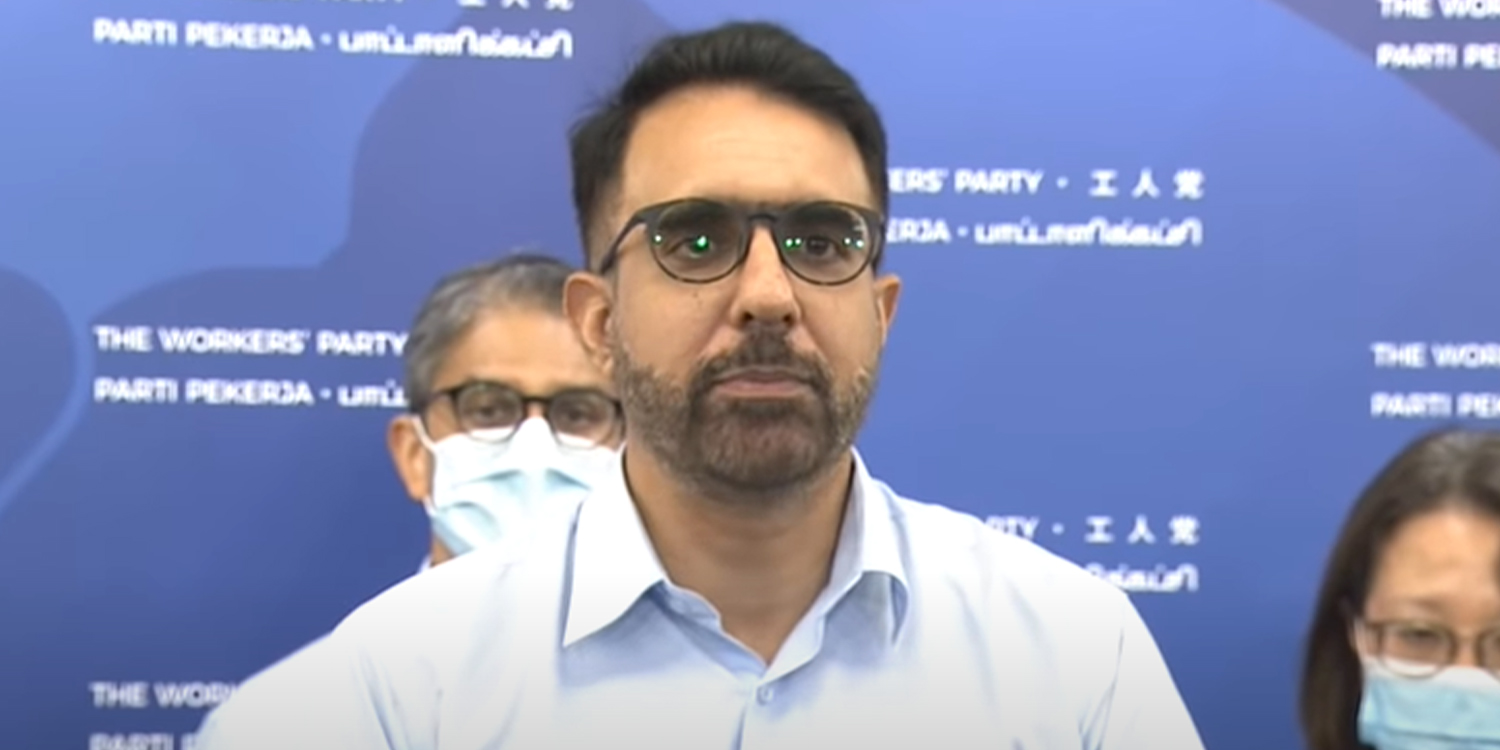 There's never been an official leader before.

For the past 2 years since he was elected as chief of his party, Workers’ Party (WP)’s Pritam Singh has taken the seat opposite the Prime Minister, Lee Hsien Loong, in Parliament. 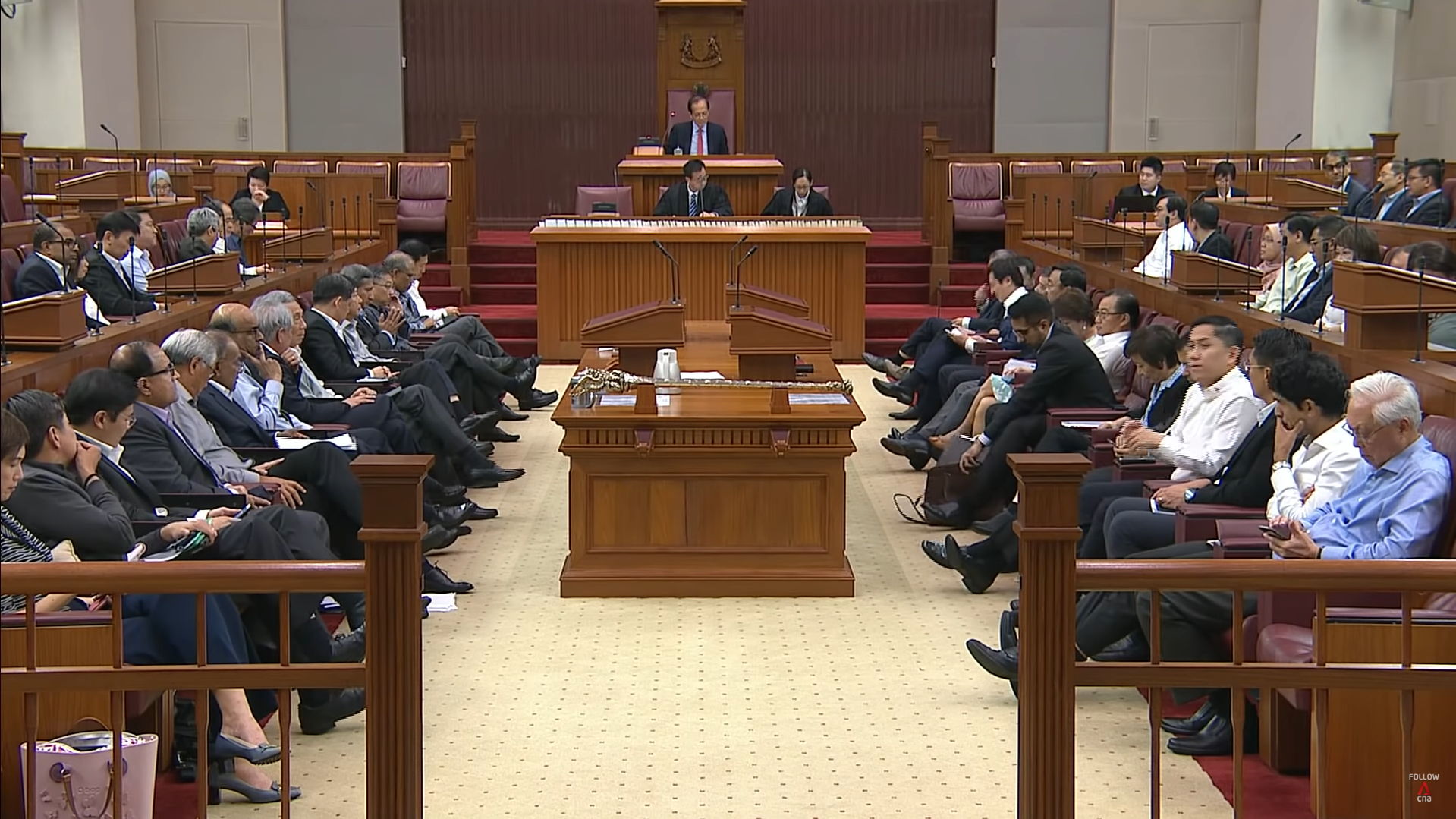 This seat is occupied by the Leader of the Opposition, accorded to the party chief of the 2nd largest party in Parliament.

However, since independence there has been no official opposition leader — while the term was used informally, previous WP chief Low Thia Khiang rejected the role.

Despite this, he still sat opposite PM Lee at Parliament sessions. That was the extent of the role the Leader had to pay — nobody took additional salaries from being an opposition leader.

After GE2020, this will all change, as PM Lee confirmed in a press conference.

Leader of the Opposition will be an official role

During the press conference held after GE2020, PM Lee mentions that he called Mr Singh to inform him that the Leader of the Opposition will become an official role. 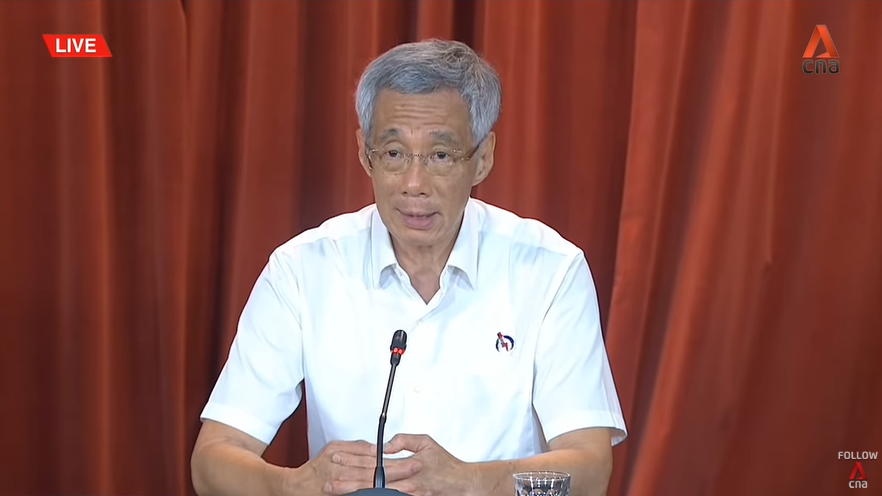 It comes after WP won 10 seats at GE2020, including 2 GRCs in Sengkang and Aljunied, and 1 SMC in Hougang.

This means that Mr Singh will receive “the appropriate staff support and resources to perform his duties”, according to PM Lee.

A netizen, Mr Wee, explained why this is an important step for Singapore’s democracy in a Facebook post on Saturday (11 Jul). 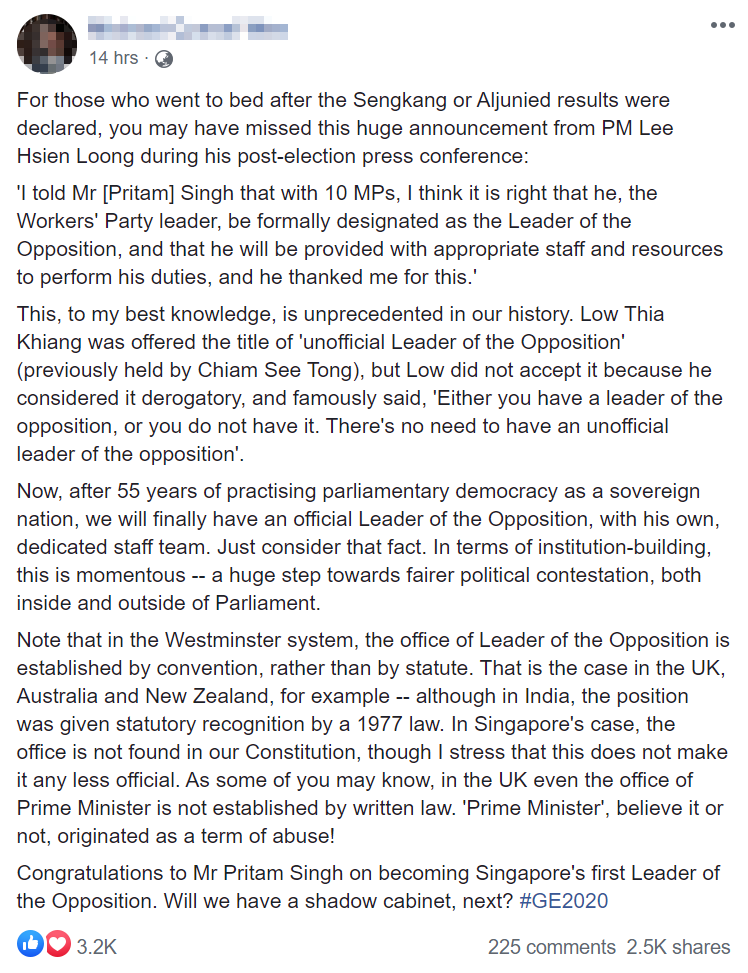 Since independence, there hasn’t been an official Leader of the Opposition in Singapore, much less one whose party holds 10 seats in Parliament.

Mr Low apparently rejected the title as he didn’t see the need to have an unofficial leader of the Opposition.

In Commonwealth countries like the United Kingdom, the Leader receives an additional salary on top of their allowance as an MP.

Mr Singh may become entitled to something similar, although nothing is fixed as of the time of writing. However, the title alone lends credence to there being a legitimate opposition and alternative party in Parliament.

Pritam Singh looks forward to being Leader in Parliament

Mr Singh addressed PM Lee’s press conference in a Facebook post. In it, he said he looks forward to serving in the role, and to ensure WP will remain loyal to Singapore. 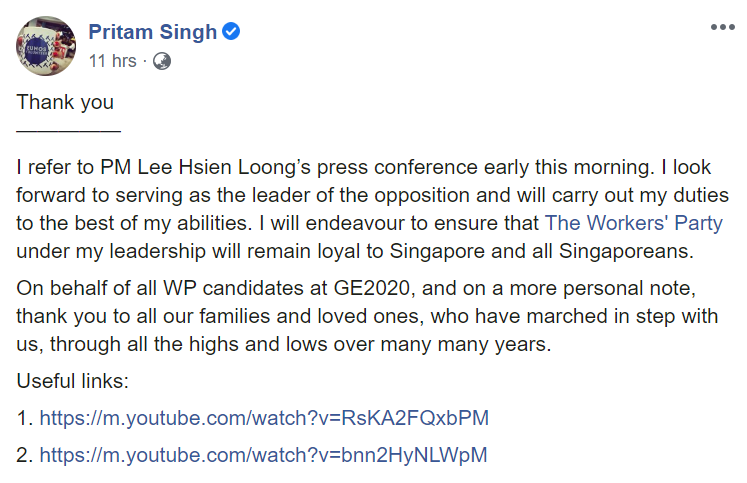 However, rather than feeling euphoric, he seems to understand that there’ll be a lot of work to do despite the positive GE2020 results.

He also said during a media doorstop this morning that the number of opposition representatives is “far short” of the 1/3 needed to make a strong position in Parliament, especially when it comes to the Constitution.

As Mr Wee notes, the official designation, with Mr Singh being given his own staff, will increase the fairness of political contests inside and outside Parliament.

The WP has thus far been an alternative party with only a small fraction of the resources that PAP has, but now they have more to work with.

It’s perhaps too early to tell the effects, but fans of the need to have more diverse voices in Parliament will be happy at the move.