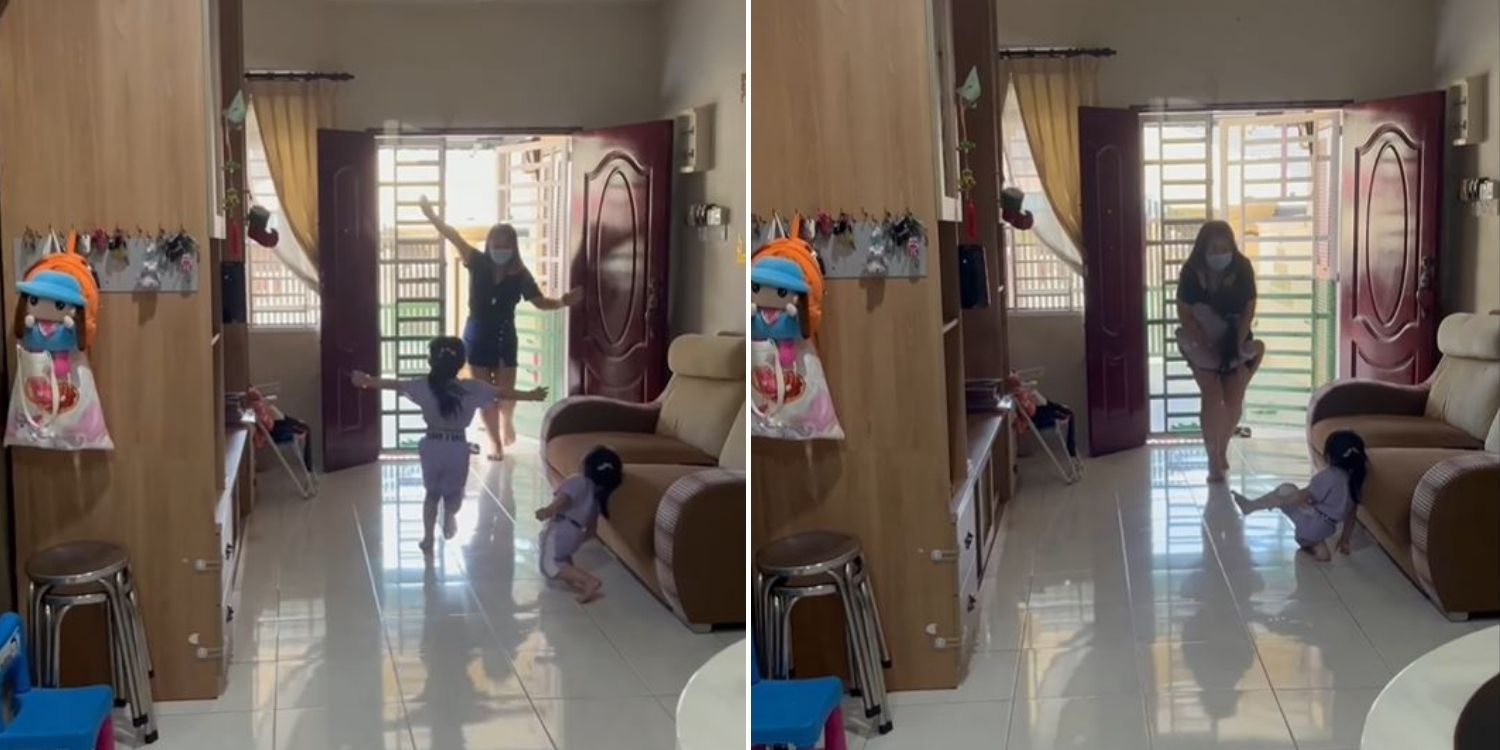 A reunion made possible thanks to the VTL.

Not long after the pandemic hit, Singapore closed its borders to other countries, including our neighbours across the Causeway.

As a result, many Malaysians who venture to Singapore for a living were separated from their loved ones for a long time, unable to make their regular trips home.

On Monday (10 Jan), a Malaysian man shared a video of his wife finally returning home after nearly 2 years.

It was a heartwarming and tearful reunion as she surprised her daughters, enveloping them in a tight embrace.

The video tugged at netizens’ heartstrings, garnering almost 5,000 shares at the time of writing.

On Monday (10 Jan), the man shared on Facebook that his wife was finally returning home thanks to the Singapore-Malaysia Vaccinated Travel Lane (VTL). 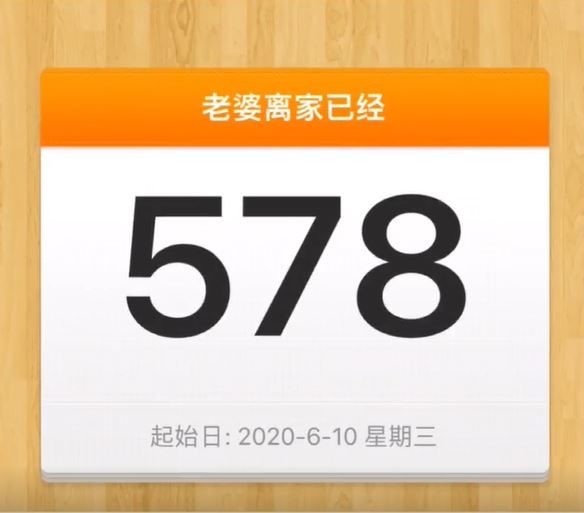 He recalled that when she left home, their youngest daughter had not even turned 1 yet.

The man then documented the long-anticipated reunion with his wife in the video.

Speaking whilst driving, he told viewers that he was about to surprise his wife as well as everyone in their family. 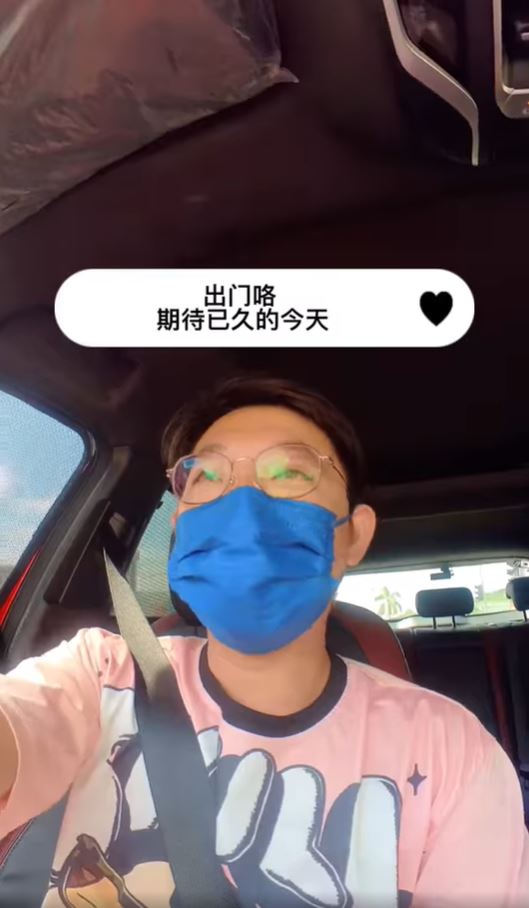 The video then cuts to him surprising his wife with a bouquet of flowers. 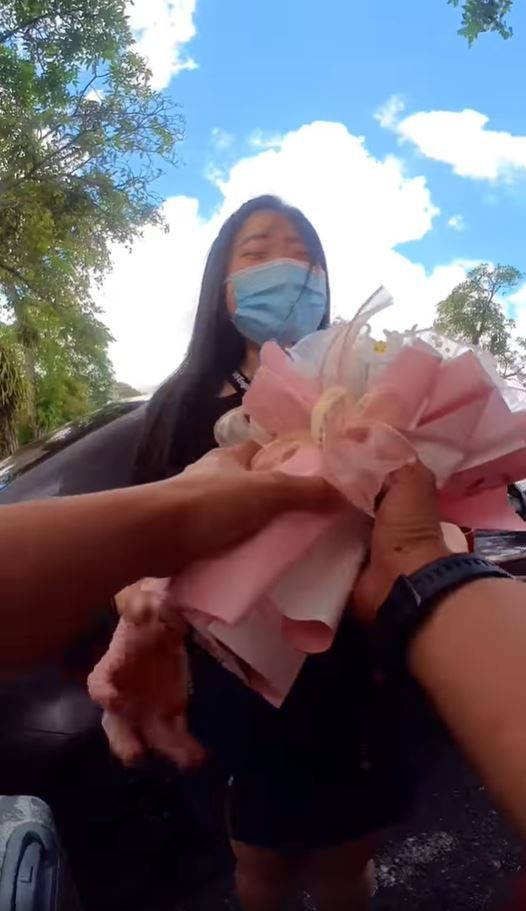 As she received the flowers, she squealed in excitement and happiness at the sweet gesture.

Daughter runs into her arms

When the couple arrived at their home, the husband entered first, wanting to keep the surprise going and not arouse suspicion.

Their 2 daughters did not sense anything out of the ordinary, that was until the younger daughter spotted a familiar face at the door.

At the sight of her mother, the young girl yelped in surprise. She then took a couple of hesitant steps towards the door, stopping shy of it before uttering in the most adorable voice, “Mama?” 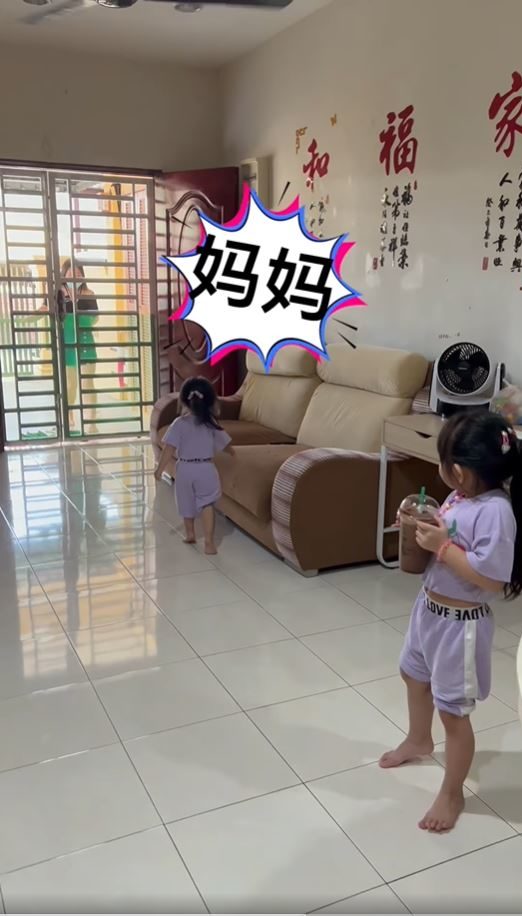 While this was happening, the elder daughter froze in place, as though in shock.

But when her mother stepped into the house, she let out an excited shout and raced into her mother’s arms before clinging onto her.

At this moment, an elder lady, presumably the woman’s mother, couldn’t help but break into a huge smile and laugh at the sight before her.

The woman then scrambled towards her mother. At first, her mother playfully hit her on the arm, shouting, “Why did you lie to me!”

But the feigned anger could not beat the joy of seeing her daughter once again and the pair shared a long embrace.

The reunion with her daughter was so overwhelming that the mother started to sob as she hugged the younger woman tightly in her arms.

Sister excitedly leaps onto her

In the next video snippet, the man captioned that it was now time to surprise his wife’s sister, who arrived at the house sometime later.

Finally in on the surprise, his daughter greeted her aunt and uncle outside the door excitedly before looking back at her dad with a playful glint in her eyes. 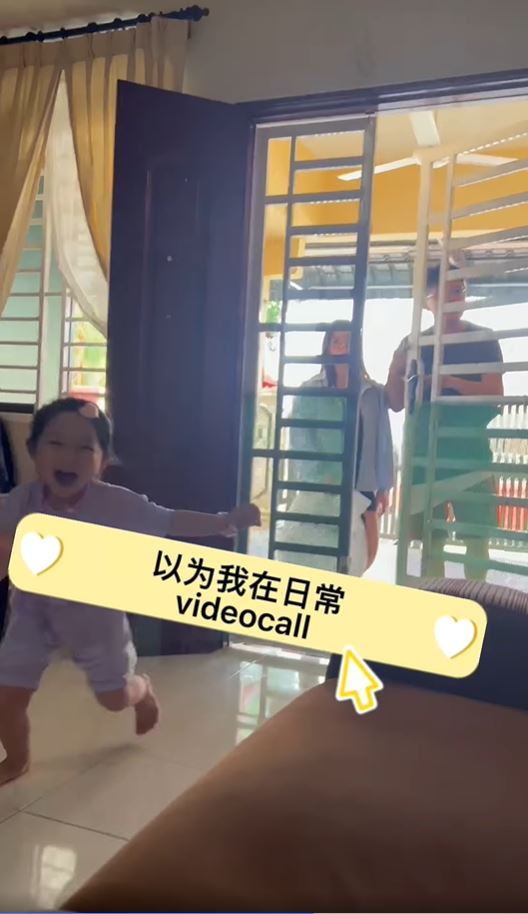 After a lot of hinting, the woman’s sister finally made her way to the bedroom, where the woman was hiding.

Seconds after opening the door, the sister caught sight of her, screaming in excitement as she immediately ran and leapt into her arms.

Seeing her sister again in person was so surreal that at one point, she touched the woman’s face as if to reassure herself that this was reality.

The woman laughed at this gesture as she consoled her now sobbing sister. They embraced one another as their sobs soon dissolved into laughter.

Concluding the touching video, the man wished all those who are still overseas a smooth journey back home to reunite with their families.

Being away from family is tough, especially for such a long period of time.

Watching this touching family reunion shows both the heartache of separation and the joy of reuniting.

Hopefully, as the pandemic stabilises, more families can be reunited with their loved ones too.