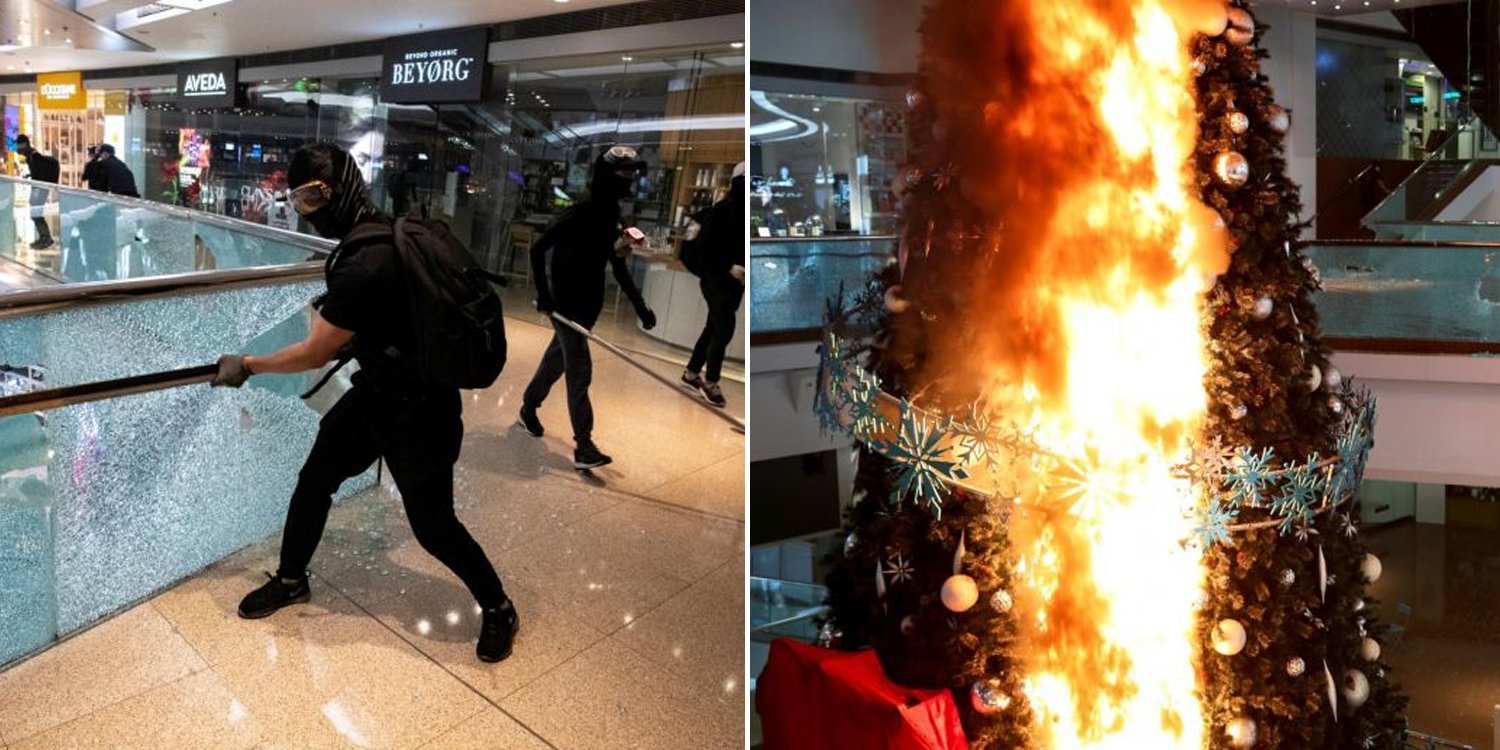 The effects are far-reaching.

They smashed whatever glass panels they could find including those at the entrance, the office lobbies and the floor railings.

They also set fire to a tall Christmas tree placed in the atrium. According to the report, the fire was eventually put out.

A staff tries to put out the fire
Source

Fortunately, no one was injured in the ruckus.

But not so fortunately, one Singapore company – Mapletree North Asia Commercial Trust –  took a heavy blow. Their share price plunged at today’s (13 Nov) market opening by almost 5% from $1.22 to $1.16. 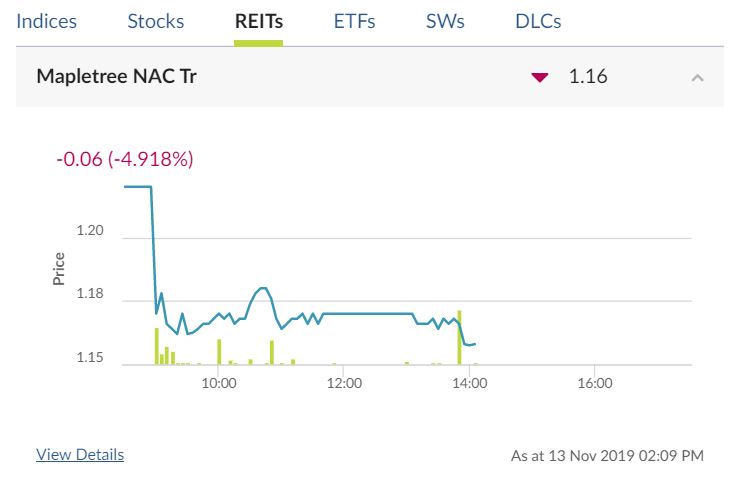 According to a press release, the REIT says that there was “extensive damage to Festival Walk due to various incidents on the night of 12 Nov 2019.”

The mall had been closed for operations since 2pm on 12 Nov amid earlier disruptions. Specifically, protesters had gathered outside, but altercations broke out and ambulances were summoned to send the injured to the hospital.

The manager of the REIT will be assessing the damage at the mall and provide an update as soon as possible to investors.

From their portfolio, it seems that a large chunk of their revenue comes from Festival Walk. So for the mall to be pummeled like that must surely hurt the company. No end to the violence in Hong Kong

The violence in Hong Kong shows no signs of waning. A while ago, a police had to employ his firearm against a protester because he tried to snatch the gun.

Then, a day or two later, a member of the public gets set on fire by a protester. At the same time, we hear every week of a building or a station getting smashed and wrecked.

This incident goes to show that the consequences of the chaos in Hong Kong are not contained within the city — they are far-reaching and can adversely affect Singapore businesses.

As much as we would like to hope for a peaceful resolution, there simply seems to be no conceivable end in sight.