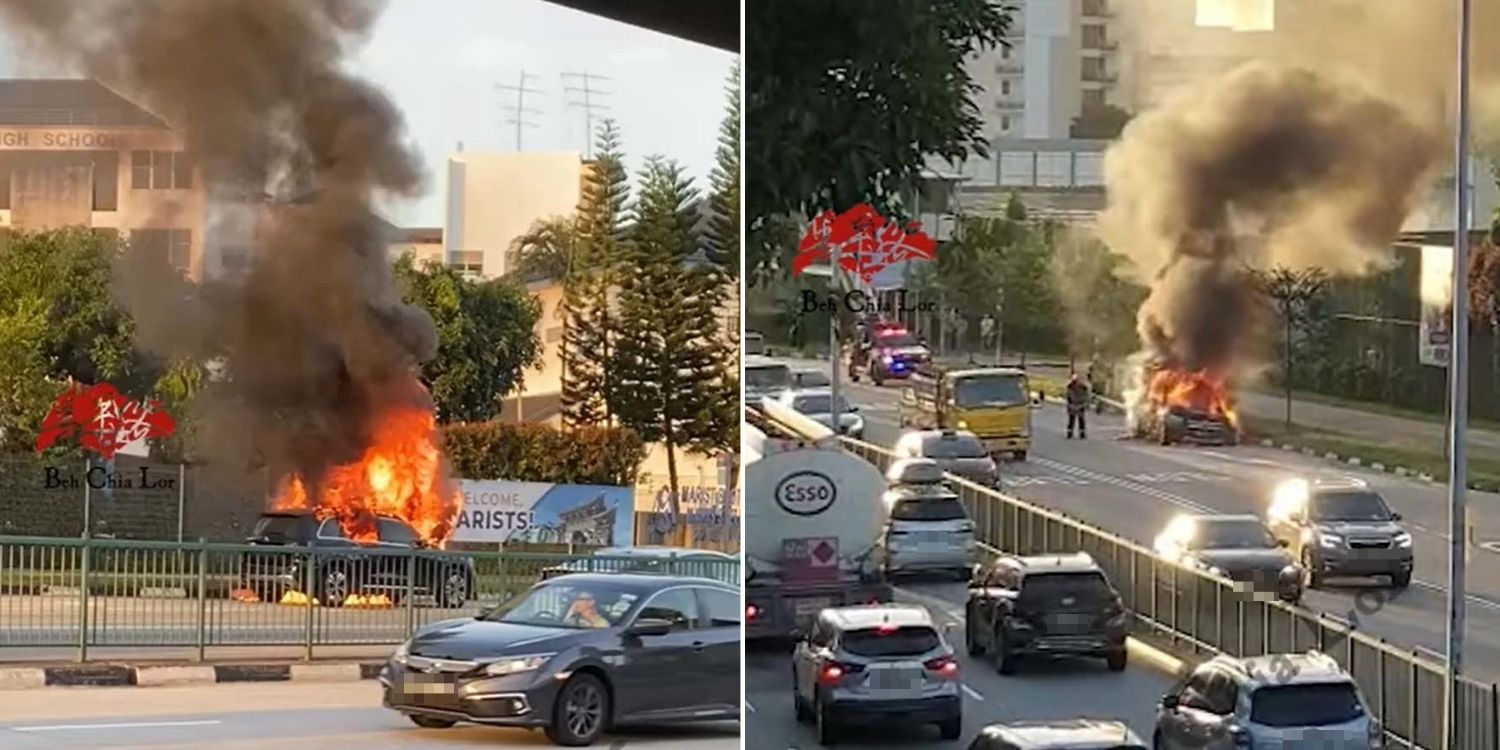 Since accidents by nature are unpredictable, we often can’t be ready to react accordingly.

Luckily for a mother and son pair, they managed to evade danger when they exited their car moments before it caught fire outside Maris Stella High School today (13 Jan).

Thanks to the son’s quick thinking, the pair escaped unscathed and there were no reported injuries.

Not long after, Singapore Civil Defence Force (SCDF) officers arrived at the scene to extinguish the flames.

According to The Straits Times (ST), a mother was driving her son – a Primary 1 pupil – to school on Thursday (13 Jan) morning prior to the incident.

Both occupants reportedly sensed something amiss when they detected a burning smell. At this time, they were in line with other vehicles waiting to enter Maris Stella High School.

The son then suggested to his mother to evacuate the vehicle quickly, according to The New Paper (TNP).

Her son’s exact words were apparently:

Mummy, let’s get out.

After they both left the vehicle, the mother contacted 995 and sought assistance from school staff. 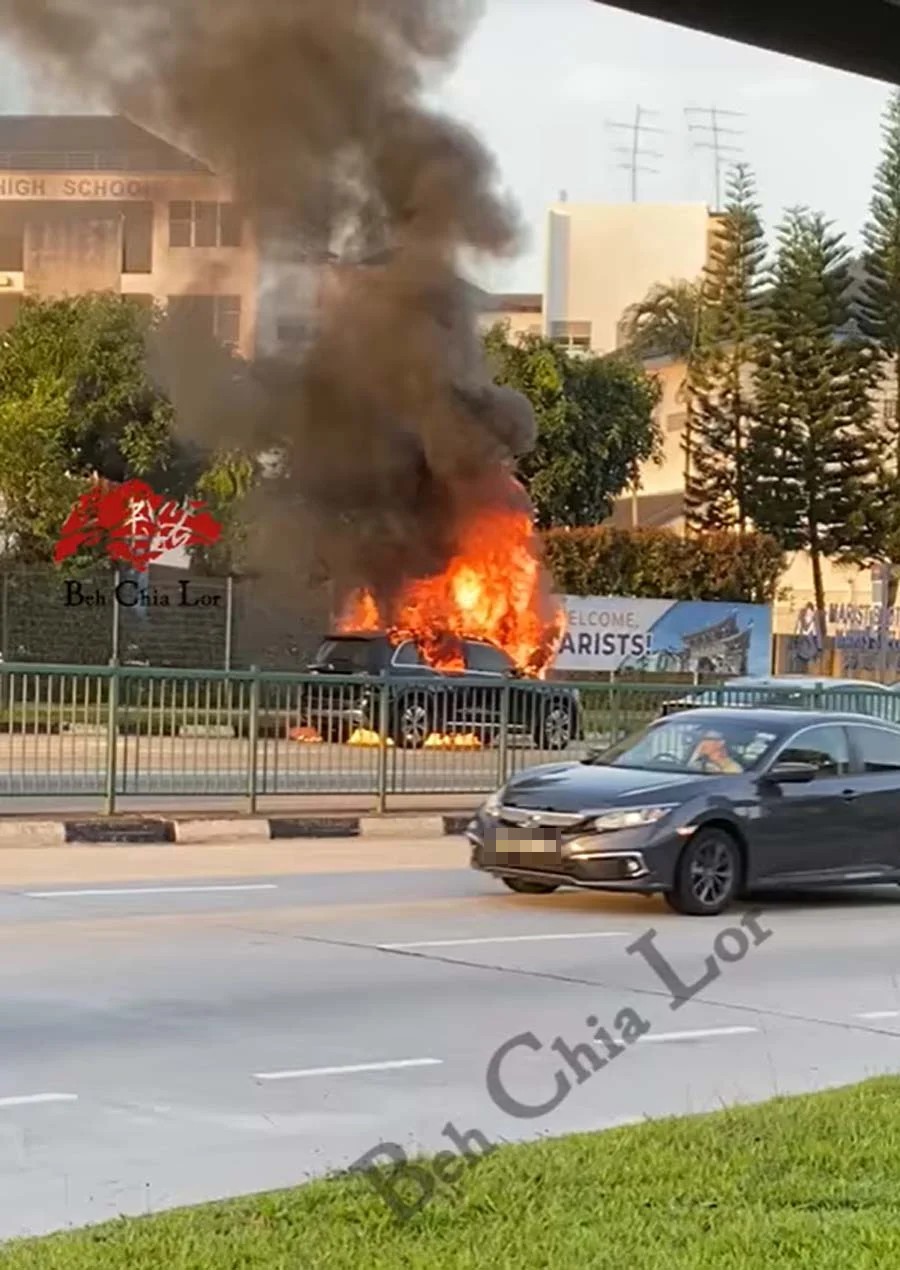 As the Mercedes was engulfed in flames, thick clouds of smoke were seen billowing upwards and towards the school. 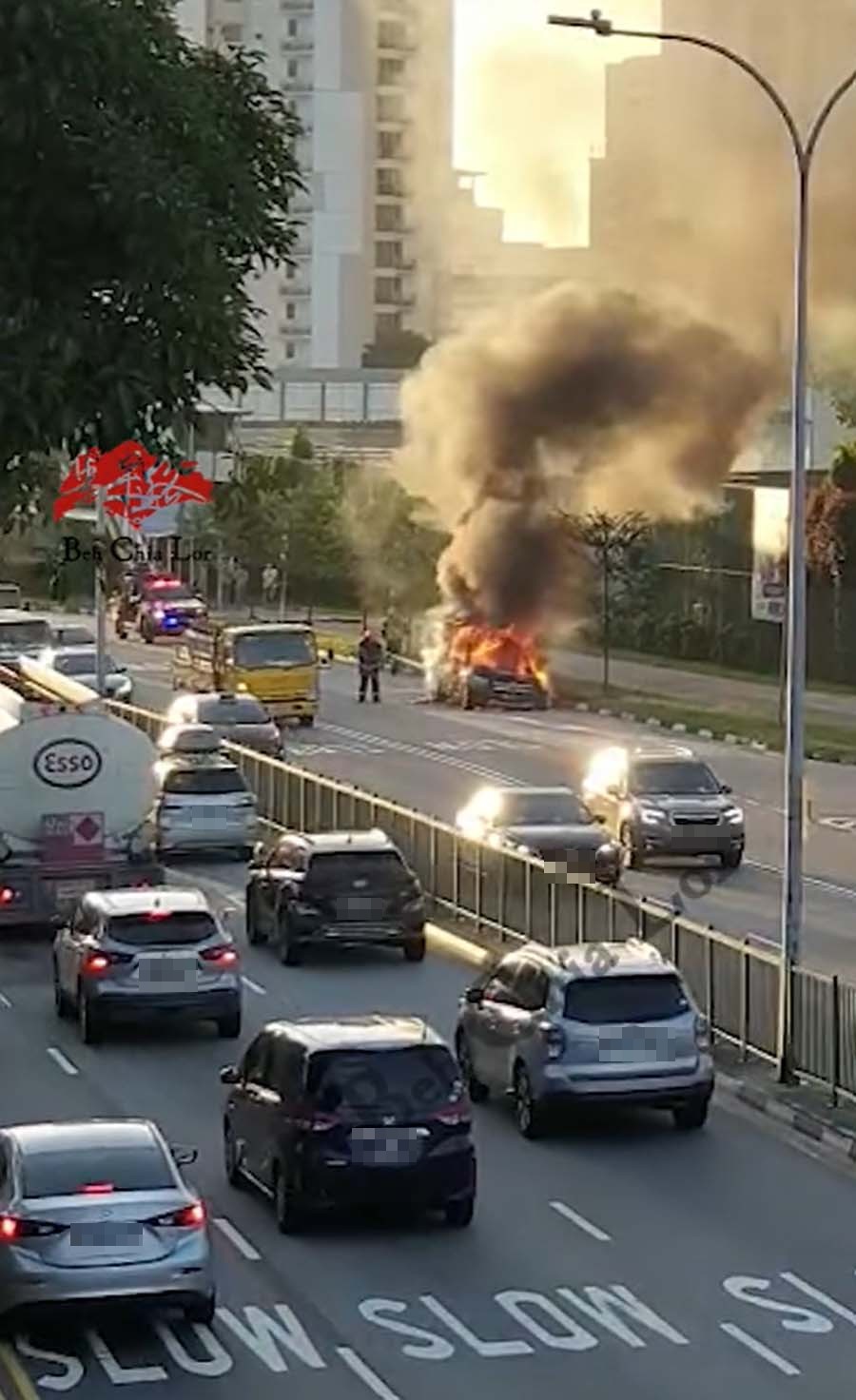 A security guard allegedly attempted to put out the flames with a fire extinguisher, but his efforts were in vain. 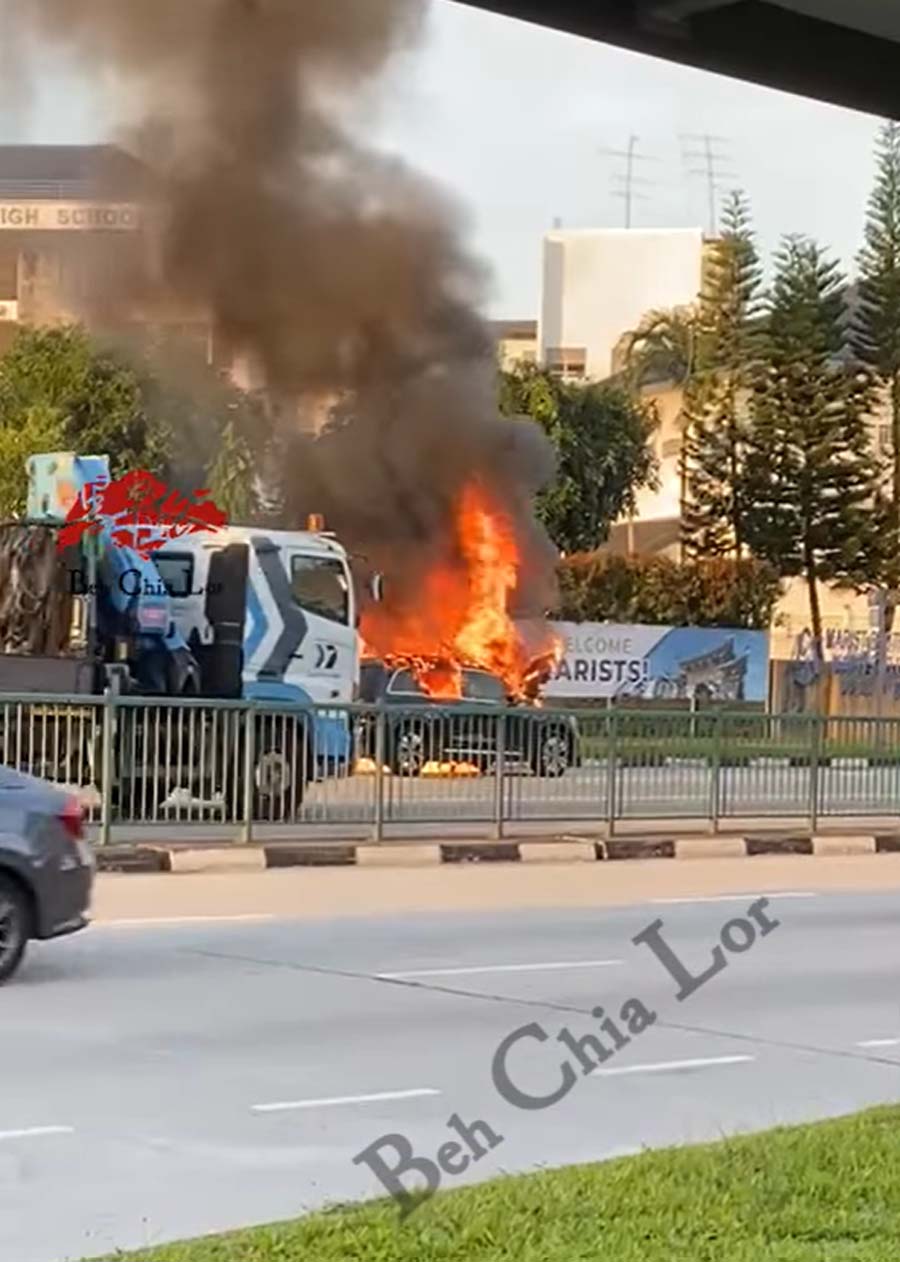 Thankfully, there were no reported injuries as a result of the accident. The cause of the fire is currently under investigation.

In the meantime, Maris Stella High School will reportedly offer support to students who witnessed the unexpected accident.

Kudos to the son for his quick thinking

When an accident is about to occur, the shortest moment in time could spell the difference between life and death.

Kudos to the son for following his instincts. By thinking and acting quickly, he and his mum were able to escape the accident unscathed.

We hope the cause of the fire will be discovered soon so the mum will know how to prevent such accidents from happening in the future.