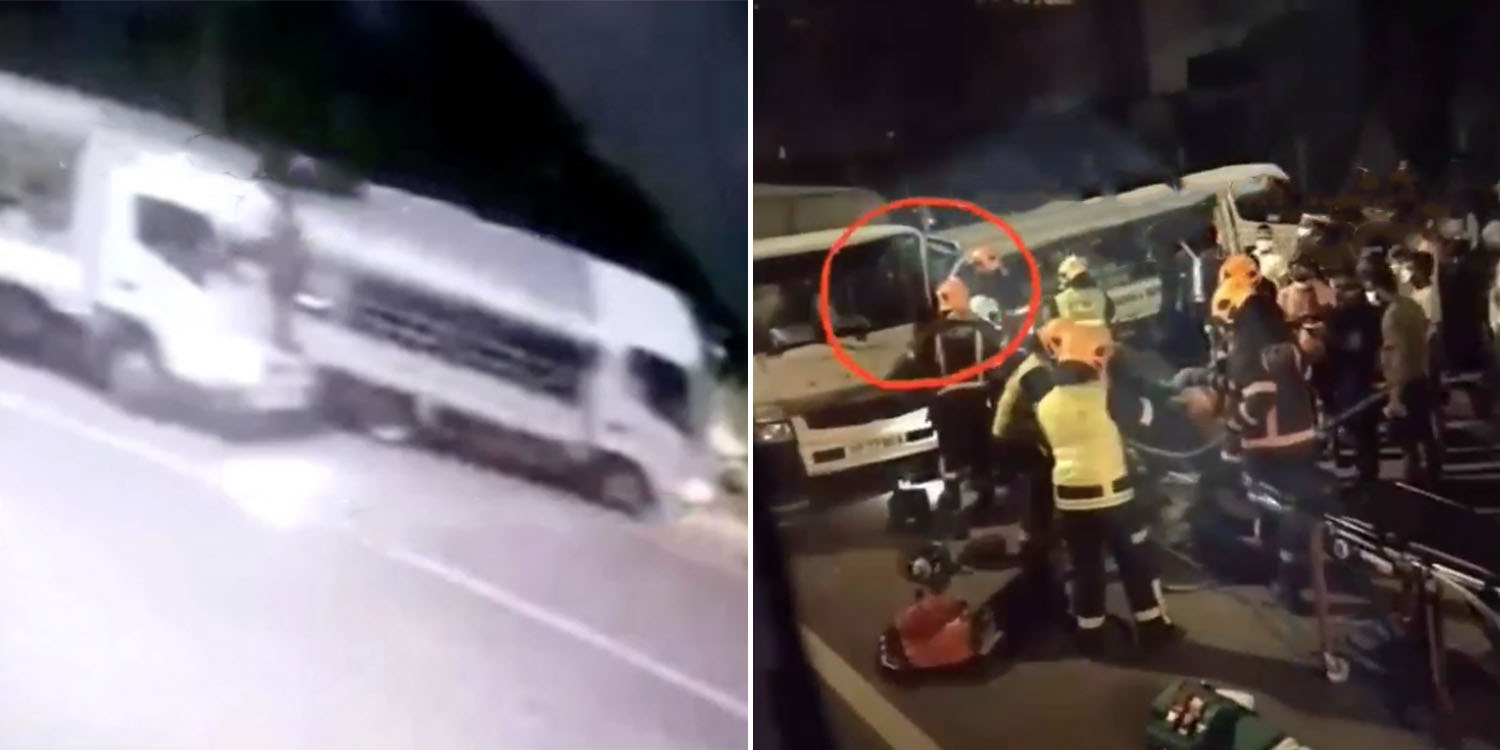 2 individuals were conveyed to NUH.

Just this year alone, there have been a number of traffic accidents involving migrant workers.

On Wednesday (17 Nov), a migrant worker was trapped in the passenger seat of a lorry after a collision along Penjuru Place in Jurong.

On Wednesday (17 Nov) morning, an accident involving 2 lorries occurred at 36 Penjuru Place. The video of the accident was posted on the Singapore roads accident.com Facebook group.

One of the lorries was seen parked along the road shoulder. Out of nowhere, another lorry who probably did not notice the stationary vehicle ended up rear-ending it.

The accident resulted in a migrant worker getting trapped in the passenger seat.

According to SCDF, they were alerted to the accident at around 5.35am.

The video also showed many SCDF personnel trying to help the worker, with many people standing around to see what was going on.

In order to rescue the worker, the SCDF personnel had to use hydraulic rescue equipment. 2 individuals were conveyed to National University Hospital for injuries sustained during the accident.

Speedy recovery to the migrant workers

We hope the 2 people conveyed to the hospital did not suffer any serious injuries and will make recover swiftly.

We hope road users, migrant workers or not, will be extra vigilant while driving to prevent such traffic accidents.