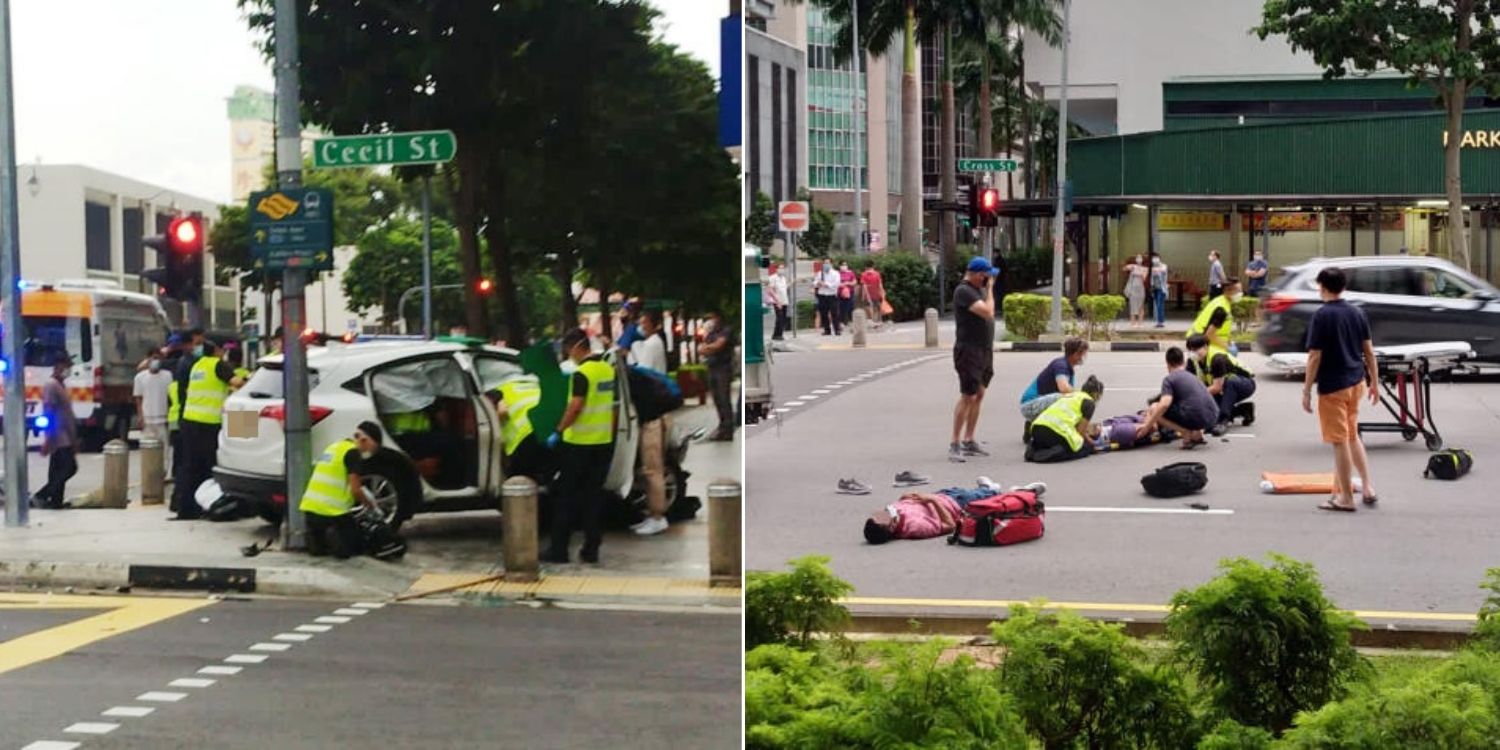 The lorry driver, apparently in shock, reversed onto 1 of the workers.

Following a spate of road accidents involving migrant workers this year, concerns have arisen over their safety on lorries.

Over 7,500 Sign Petition Calling For S’pore To Transport Workers In Buses Instead Of Lorries

As of May, the Ministry of Transport is reviewing the safety measures for lorries ferrying workers.

On Sunday (5 Sep), 2 workers were flung off the back of a lorry following an accident in Telok Ayer. 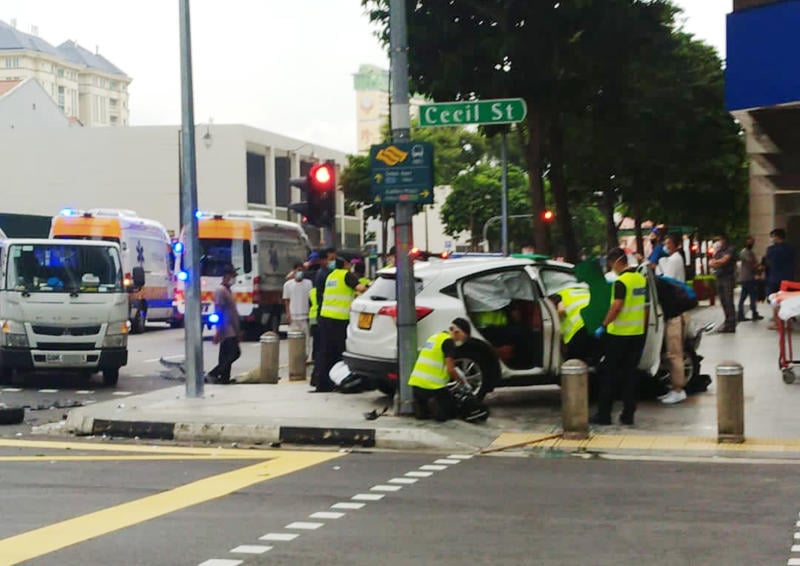 In total, 5 men were conveyed to the hospital for medical treatment.

According to The Straits Times (ST), the accident happened near the junction of Cross and Cecil Street at around 5.44pm on Sunday (5 Sep).

The accident involved a lorry and a white car.

An eyewitness reportedly told Lianhe Wanbao that both vehicles were travelling along adjacent lanes on the same road prior to the accident.

In particular, the car was on the left-most lane only for left turns while the lorry was on the lane beside it, which allows vehicles to either turn left or go straight.

The car allegedly went against the road markings and proceeded straight, crashing into the lorry that was turning left. The strong impact apparently threw 2 migrant workers, who were sitting at the back of the lorry, onto the road. 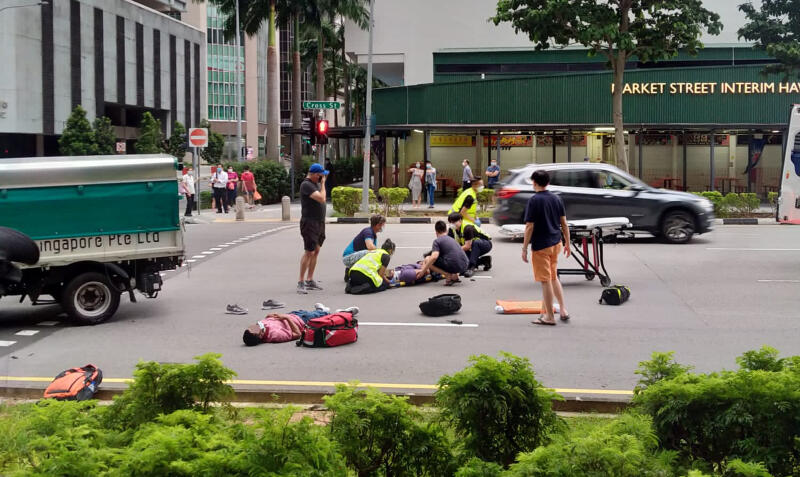 But that wasn’t the end of the ordeal for one of them.

Lianhe Wanbao reported that the lorry driver, likely stricken by fear, then reversed the vehicle and ran over one of the workers on the ground.

The worker’s back purportedly had tyre and rash marks.

The other worker, meanwhile, was bleeding from the head and nearly losing consciousness.

A group of 5 passers-by gathered to help the casualties.

In the end, 5 people were conveyed to the hospital, including the driver and passenger of the car.

Hope for measures to protect workers’ safety on vehicles

It’s devastating to hear about yet another accident involving workers being ferried on a lorry.

We hope the ongoing review will lead to measures that will better safeguard lorry passengers and prevent similar accidents from happening.

That aside, we wish a speedy and smooth recovery to all parties involved in the accident.