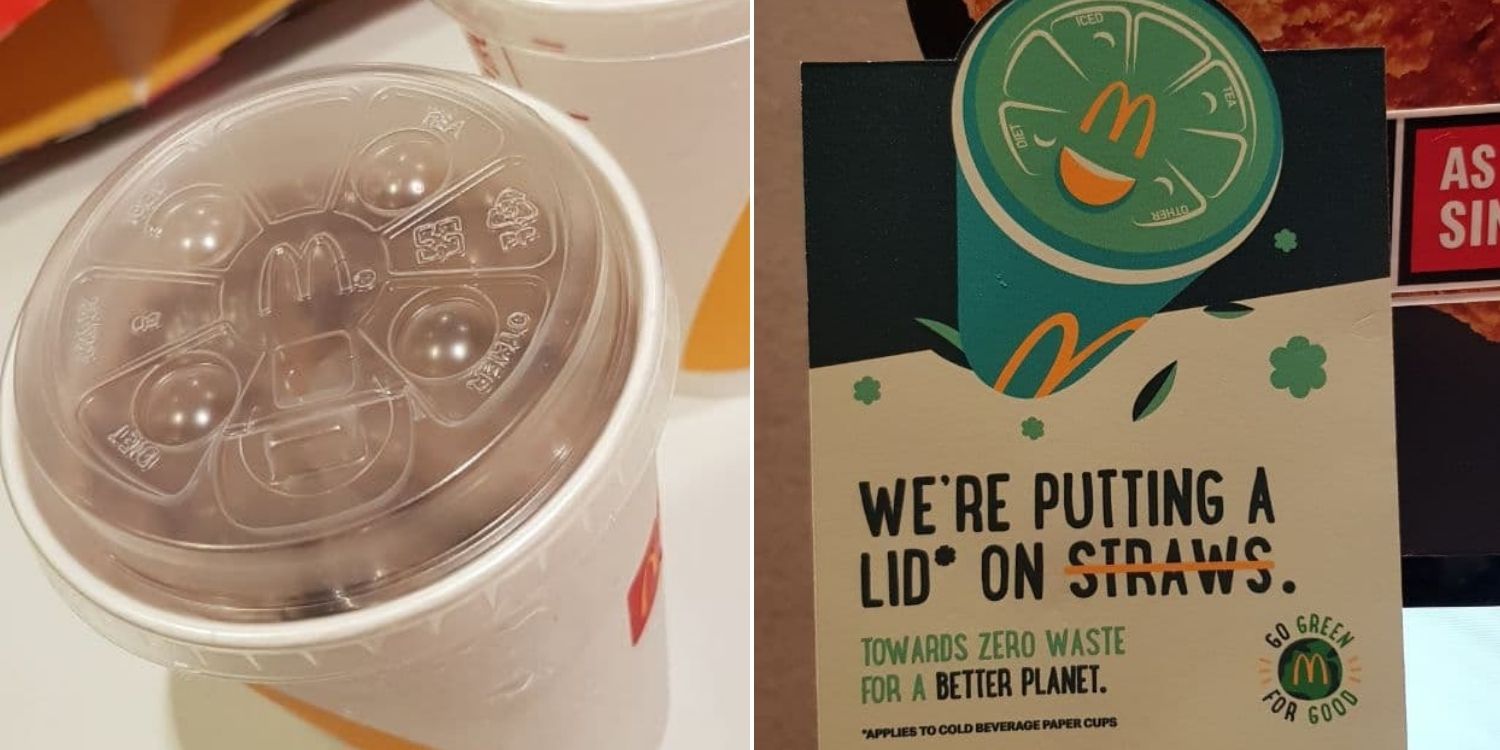 The sippy lid has an opening with an tab that can be easily lifted and held in place.

As the world slowly wakes up to the threat of climate change, more companies are going green to help support climate action.

Plastic straws have thus become Public Enemy No. 1, as they’re non-biodegradable and release greenhouse gases that increase the rate of climate change.

Singaporeans would’ve noticed that several fast-food establishments here – like KFC – have already ditched them, but McDonald’s had been holding out.

Till now, that is – McDonald’s has finally gone strawless, replacing their plastic straws with sippy lids for their cold beverages. 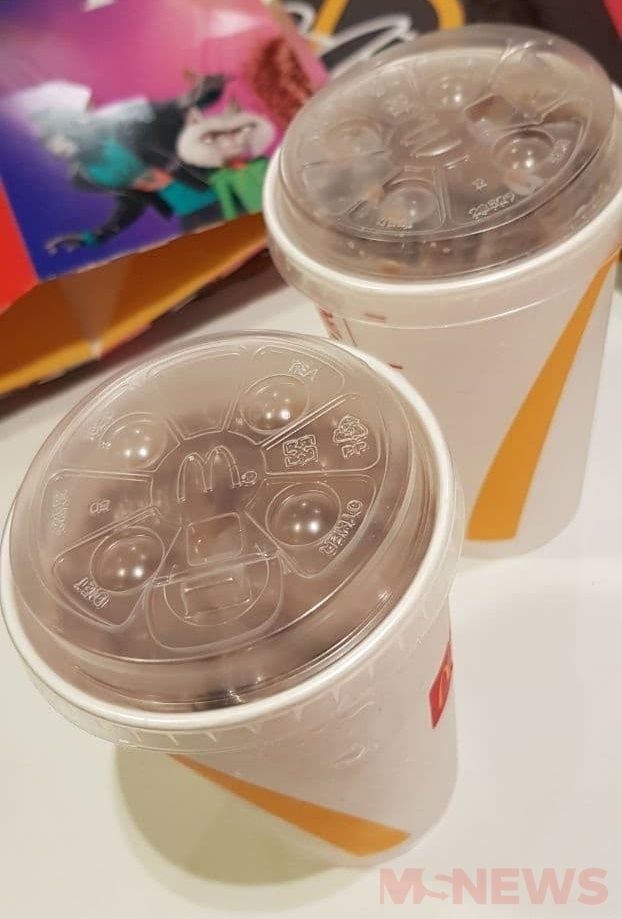 However, customers with special needs may still get straws from the front counter if they need them, they said.

Many local fast-food establishments had gone strawless a while ago, so some Singaporeans may have wondered whether McDonald’s – arguably the most popular chain here – would ever follow suit.

In fact, the change has been a long time coming, with McDonald’s conducting an anti-straw trial at 10 outlets way back in Sep 2019.

More than 2 years later, they’re finally ready to take the plunge, with signs put up in outlets this week, telling customers about it.

For example, this sign was seen by an MS News reader at a McDonald’s outlet on Wednesday (8 Dec). 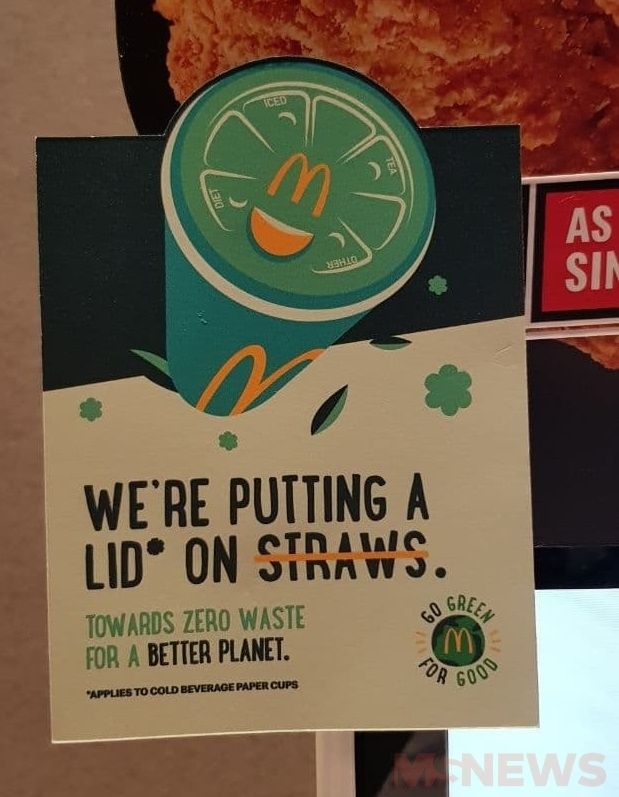 The momentous move was also teased on Facebook on Thursday (9 Dec), with McDonald’s saying it was their “last straw effort”. 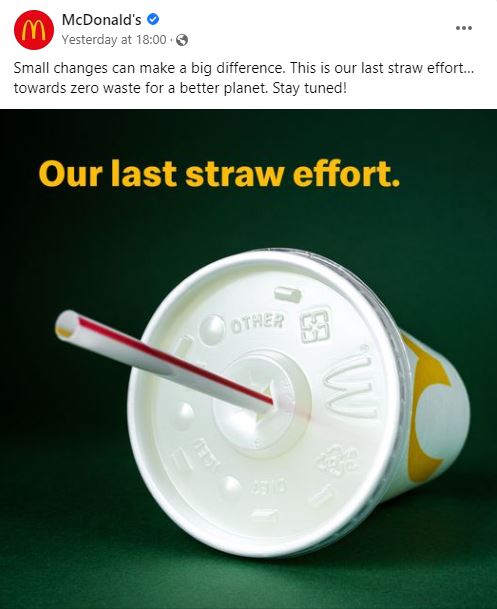 In response, a netizen said he’ll miss the iconic red-and-yellow straws, and urged for cardboard straws instead.

Another asked whether they’ll make things easier for customers by providing “cuplids with drinkable holes”.

Sippy lids rolled out on 10 Dec

Indeed, it turns out 9 Dec was the last day for McDonald’s iconic straws.

The next day, they were replaced by exactly what that netizen had asked for: the perhaps soon-to-be-iconic sippy lids.

According to a Facebook post on Friday (10 Dec), these strawless lids will henceforth be provided for all cold beverage paper cups. 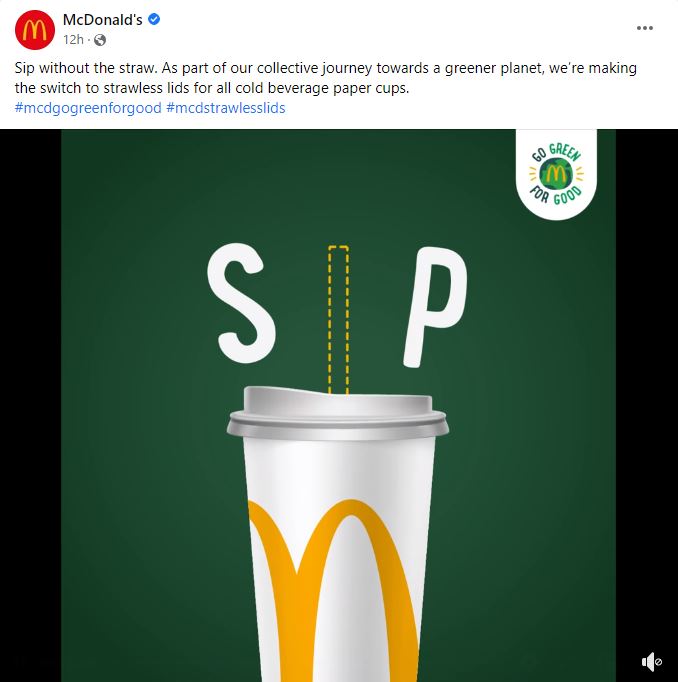 When MS News visited McDonald’s on the same day, it was observed that the new sippy lids had an opening covered by a tab that could be easily lifted and held in place so it wouldn’t scratch your nose while you’re drinking. 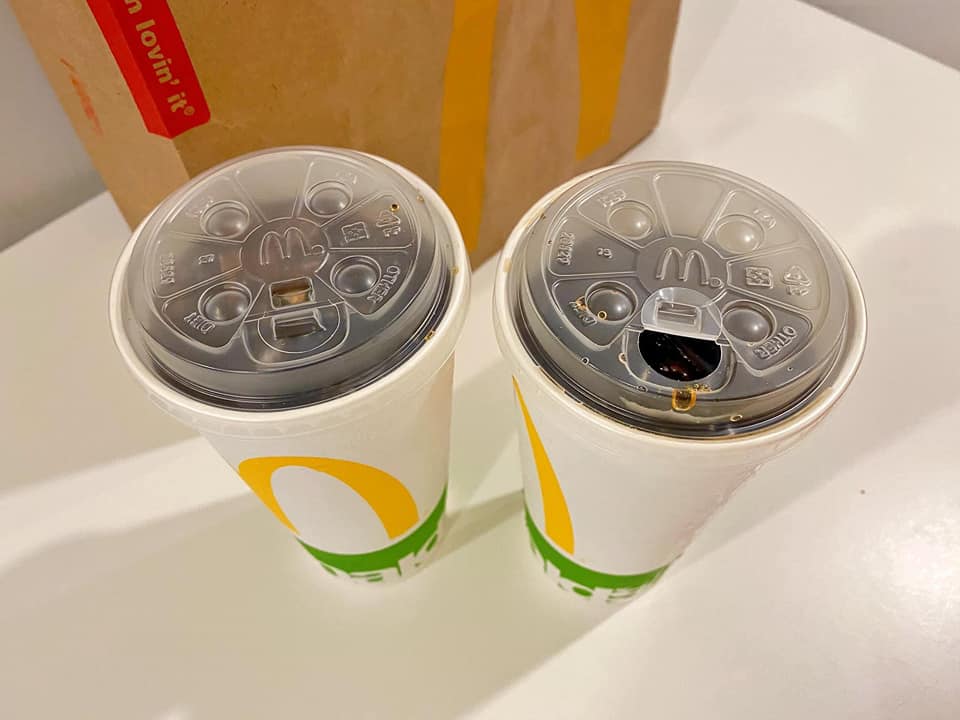 Some netizens were positive about the decision, saying that it’s a good move to save the earth.

However, being Singaporeans, there were certainly no lack of other opinions. One netizen griped that he couldn’t see himself sipping a Frappe or milkshake without a straw.

Another pointed out, quite correctly, that there might not be a plastic straw now, but the sippy lid is still made of plastic.

A mini-debate also raged when a patron suggested using paper straws instead.

Other responded that paper straws are not durable as they become soggy, and are not suitable for kids. One netizen requested that McDonald’s provided an alternative to sippy lids for people who have special needs and may not be able to sip.

To that, McDonald’s replied that their straws would still be available upon request at the front counter, for customers who need them. It’s good to know that the disabled won’t be left out by this well-meaning move.

However, if you’re capable of using the sippy lids, please don’t ask for straws.

Doing their bit for the environment

Whatever we think of the decision to go strawless, we have to agree that it was inevitable.

As McDonald’s is well-loved in Singapore, we’ve a feeling that we’ll get used to the sippy lids in no time.

Besides, who doesn’t want to be assured that they’re not harming the environment unnecessarily while drinking at a fast-food outlet?

What do you think of McDonald’s move to go strawless? Do share your thoughts with us.