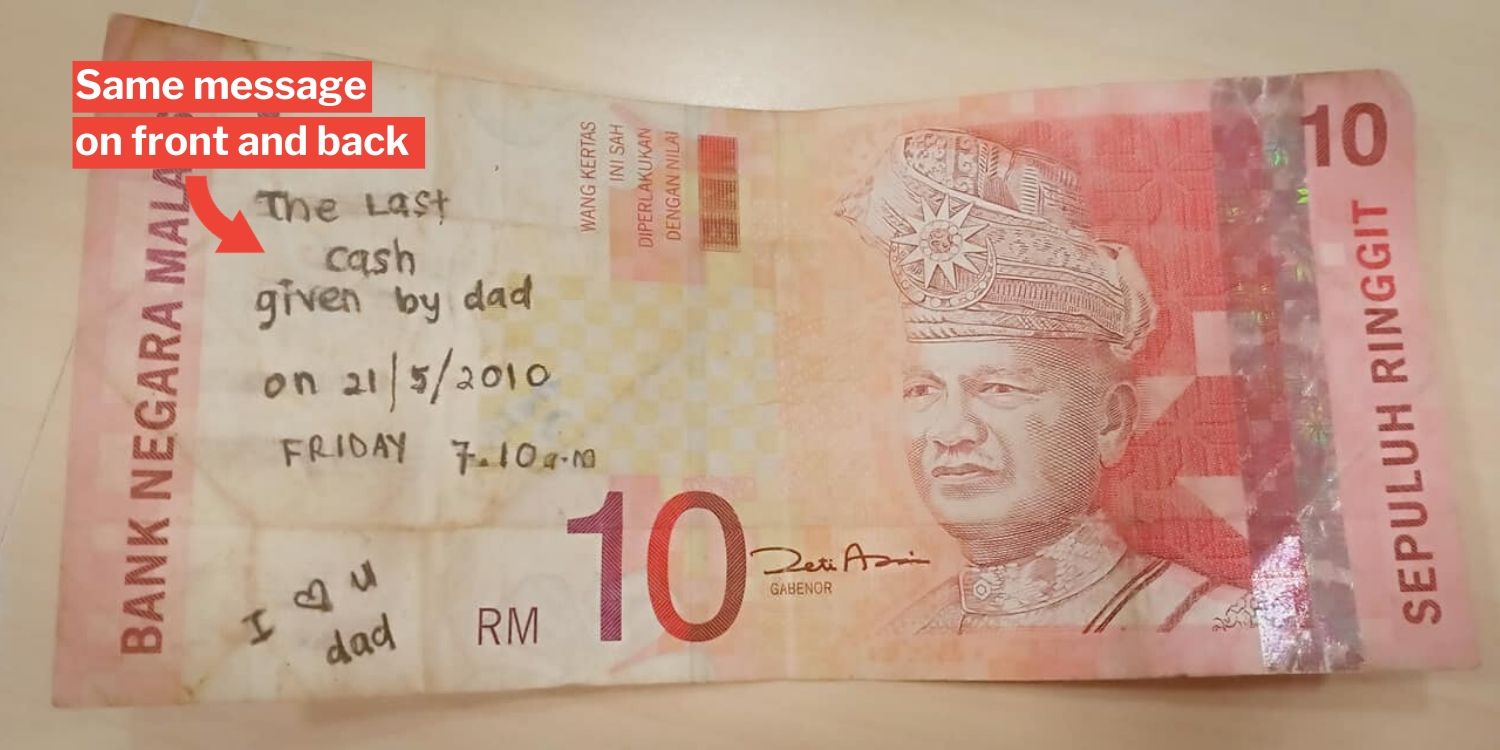 The message is worth more than RM10.

We can all vaguely remember the last time our parents gave us pocket money before adulthood and independence kicked in.

Back then, we wouldn’t have thought anything of it, or even consider the possibility that that would be the last time ever we received cash from them.

But a lady in Malaysia chanced upon a RM10 note that may have meant way more to someone than merely his or her last pocket money.

Perhaps the last bit of money ever from the original owner’s father, the lady hopes to return the meaningful note out of sympathy.

Heartbreaking message written on both sides of RM10 note

Facebook user Hyza Ezany was at CIMB bank yesterday (30 Nov) when she found the RM10 note with the message.

In shaky black ink, a note on the front reads:

At the bottom left corner, a simple “I love you dad” with a heart in place of the word “love”.

The exact same message appears on the flip side too, but in dark blue ink.

Deeply touched by what she had read, Hyza took to Facebook to share her discovery and appeal for information on the original owner. Her post has since garnered over 19,000 shares at the time of writing.

The sincerity of the note which moved Hyza made her consider the possibility that it could’ve meant the world to the original owner.

Perhaps “the last cash” could really mean his or her father’s last ever cash contribution before leaving him or her, or worse still, this world.

If so, Hyza really hopes that she’ll be able to reunite the RM10 note with the original owner, who would probably appreciate it very much.

We wish Hyza all the best with the reunion, and hope that the Internet can do its magic and help Hyza soon.